We’re going for a bit of a time warp here, because although we’re now in the month of August, I’d like to briefly take you back to the beginning of summer with the Sonoma Historic Motorsports Festival at Sonoma Raceway, hosted by SVRA (Sportscar Vintage Racing Association). 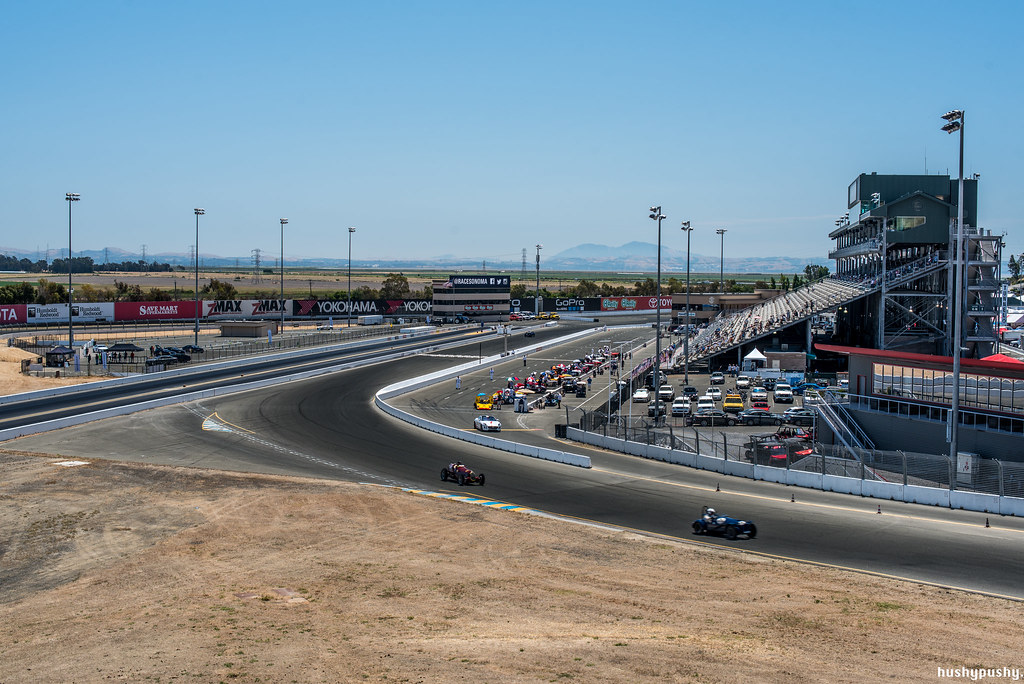 I don’t think this late coverage is a big deal because, well, the cars are already old. Vintage racing isn’t about winning, losing, or the new hotness–it’s about classic elegance. 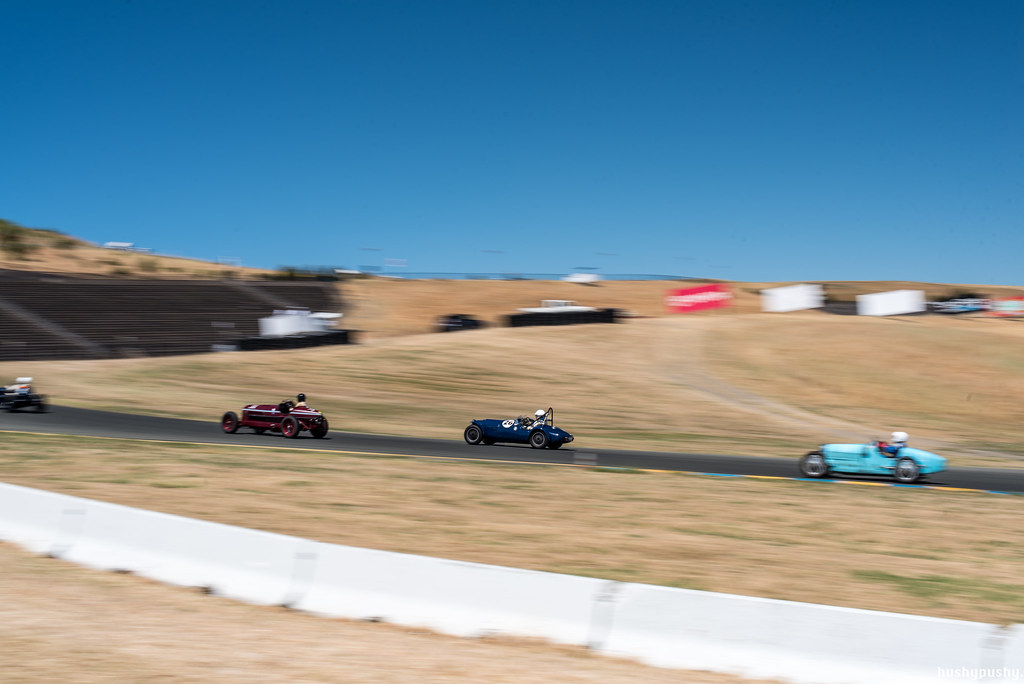 And by classics, I mean really classic. It’s so awesome to see pre-war cars battling it out. 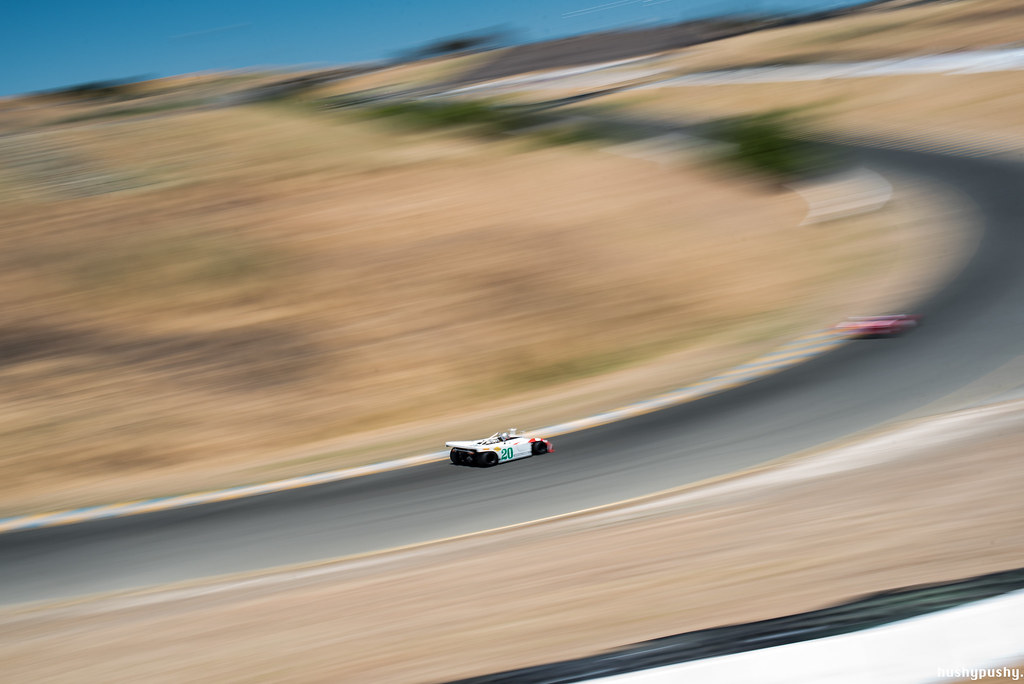 I could have brought my big telephoto and monopod, but on this day I didn’t feel like carrying around anything more than my little 50mm. That gave me the opportunity and motivation to experiment; I shot this 908 with a 1/10 second shutter. 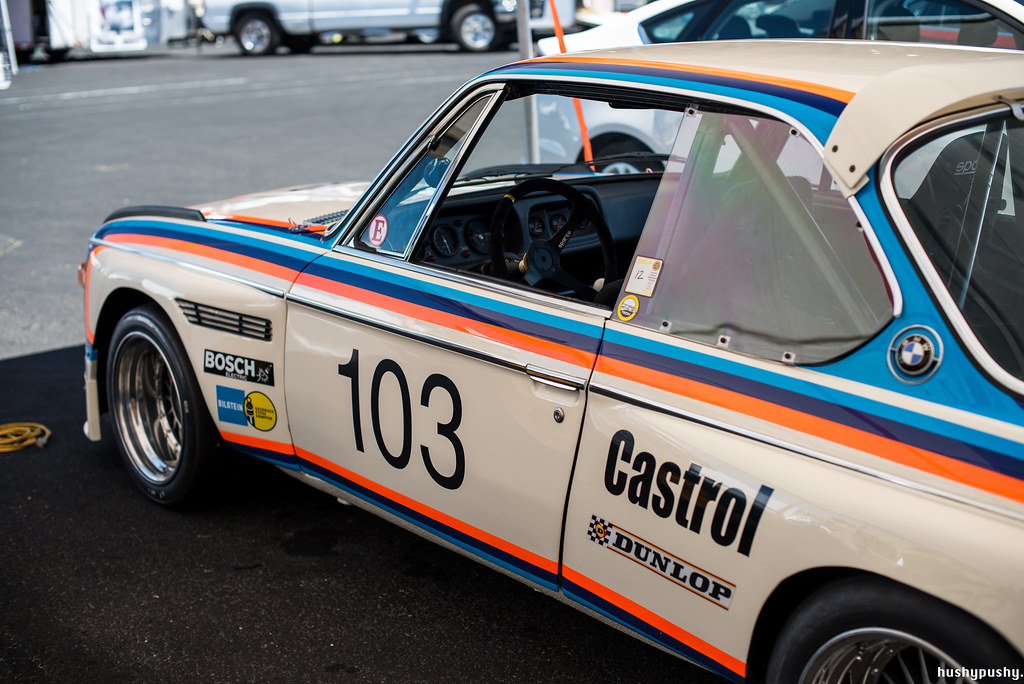 It doesn’t sound like much, but it’s pretty exhausting on your back and legs to carry around four pounds of glass, plastic, and carbon fiber when you’re walking a few miles and constantly kneeling and standing. Or maybe I’m just weak! 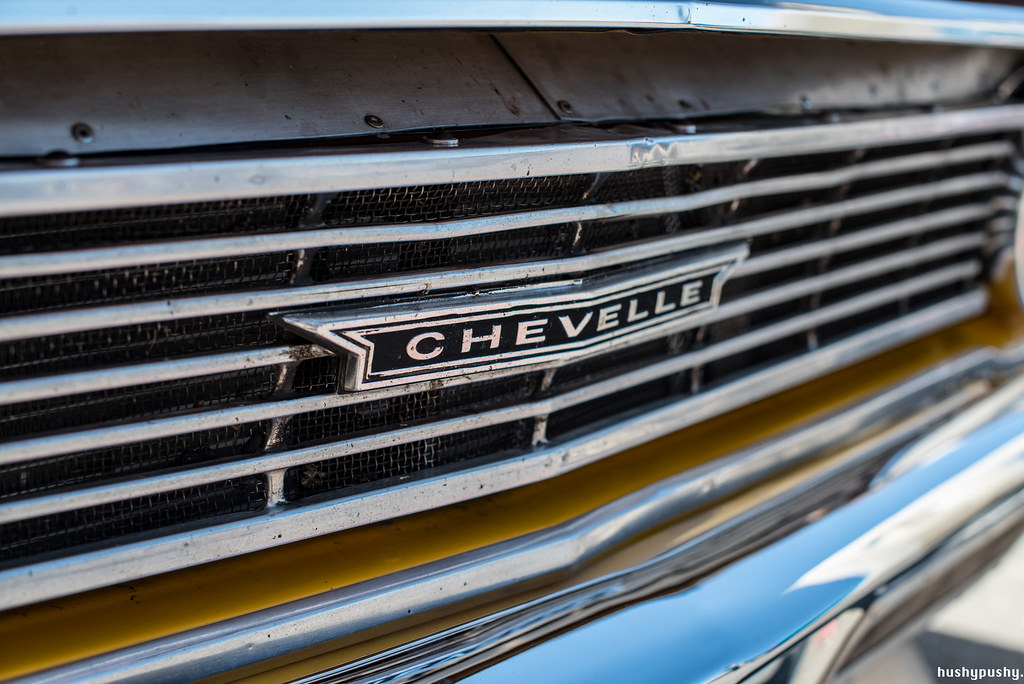 Well, whatever. It’s nice to walk around, light and free, unencumbered by the weight of extra gear. 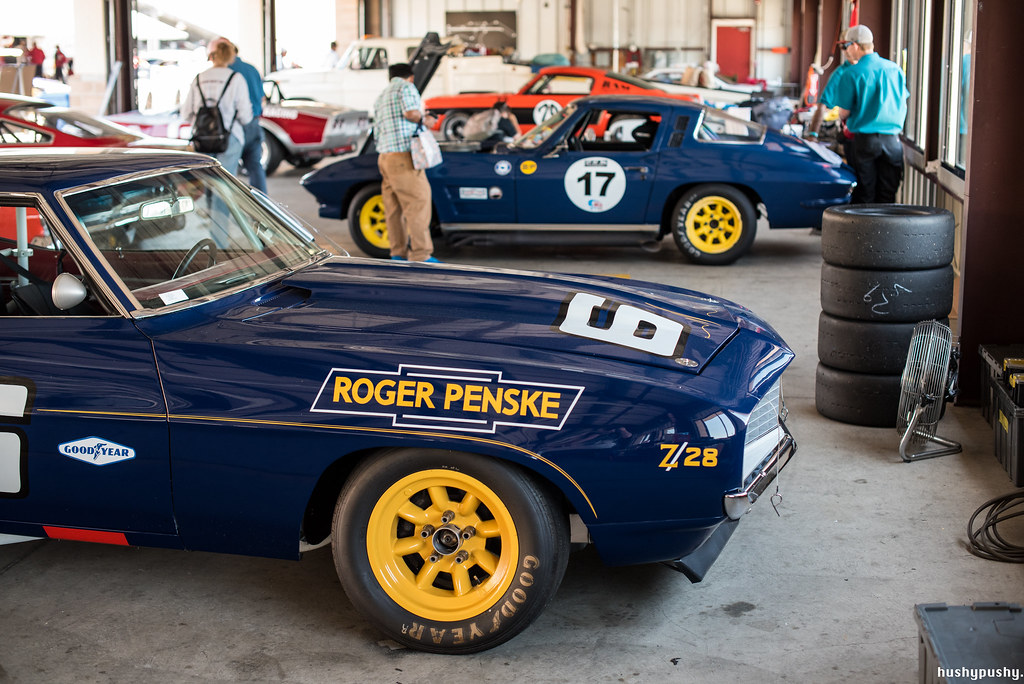 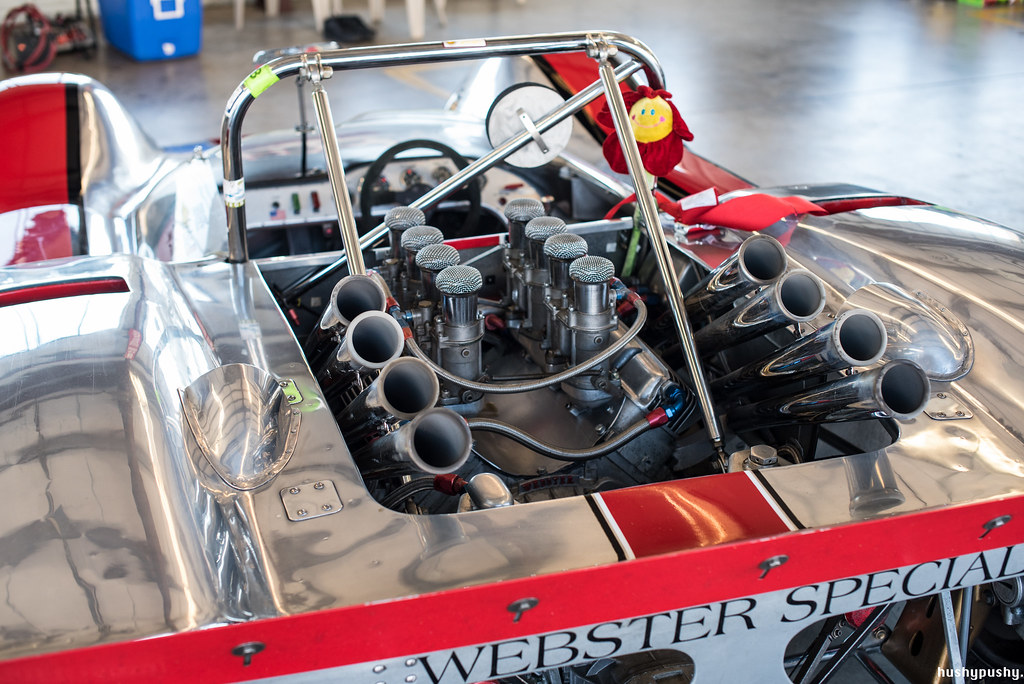 I always say, anything with “Special” in the name is automatically badass. And anything with eight velocity stacks and eight header runners sticking up through the hood is probably badass too! 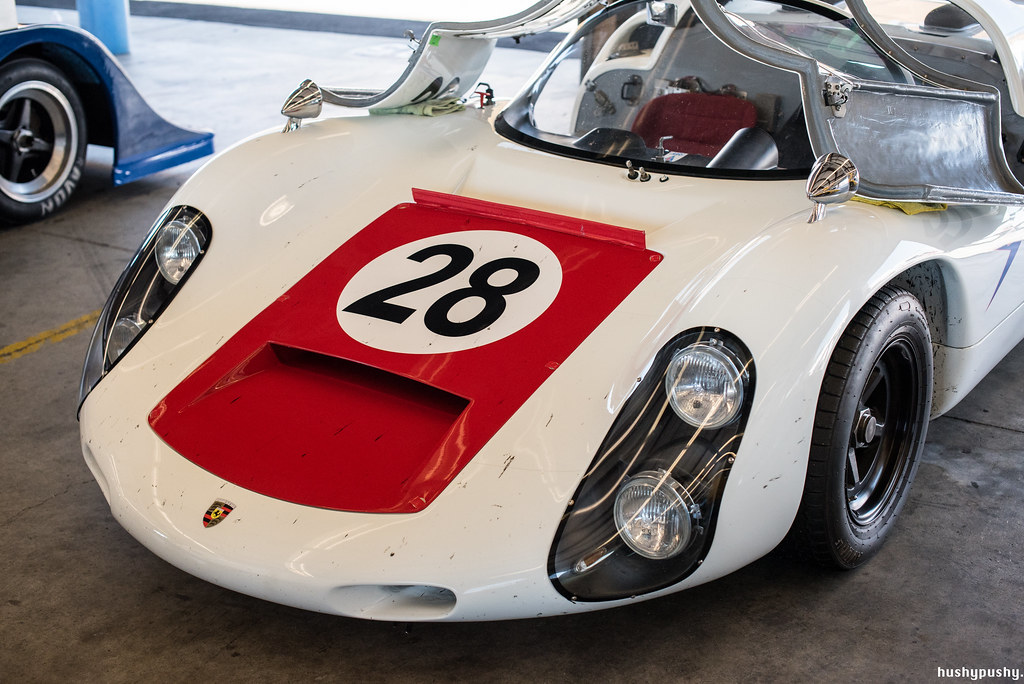 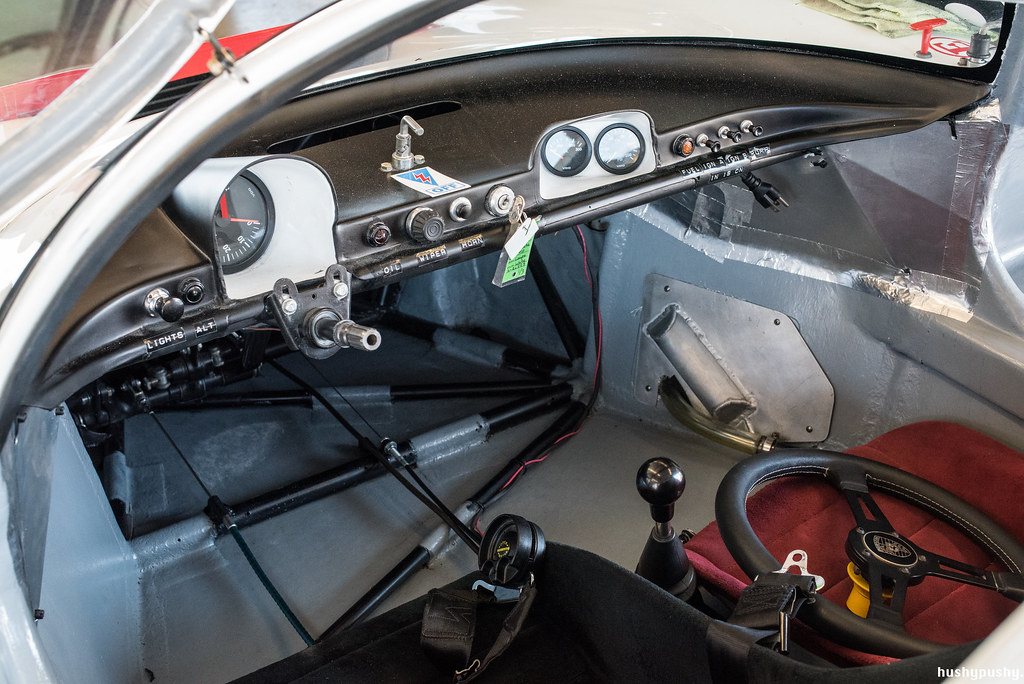 What an amazing cockpit. So simple and to the point. 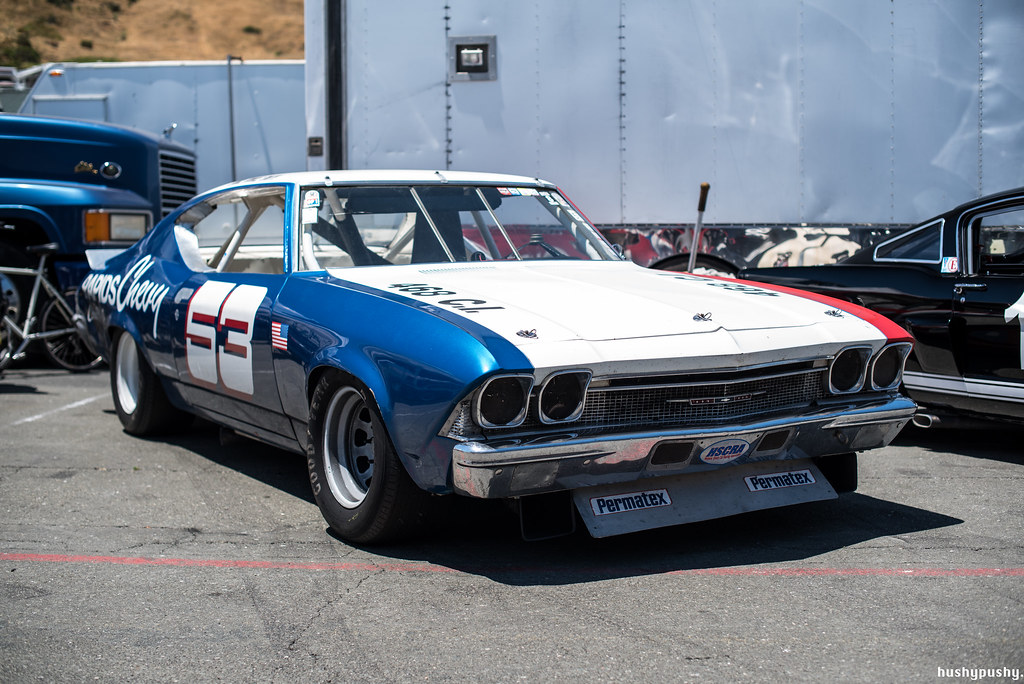 Is it just me or do you not see many Chevelles at these events? The ’64-72 models are some of my favorite cars ever, and the ’73 is pretty neat too (Drive status). I wonder if Chevy has any plans to revive the Chevelle nameplate? 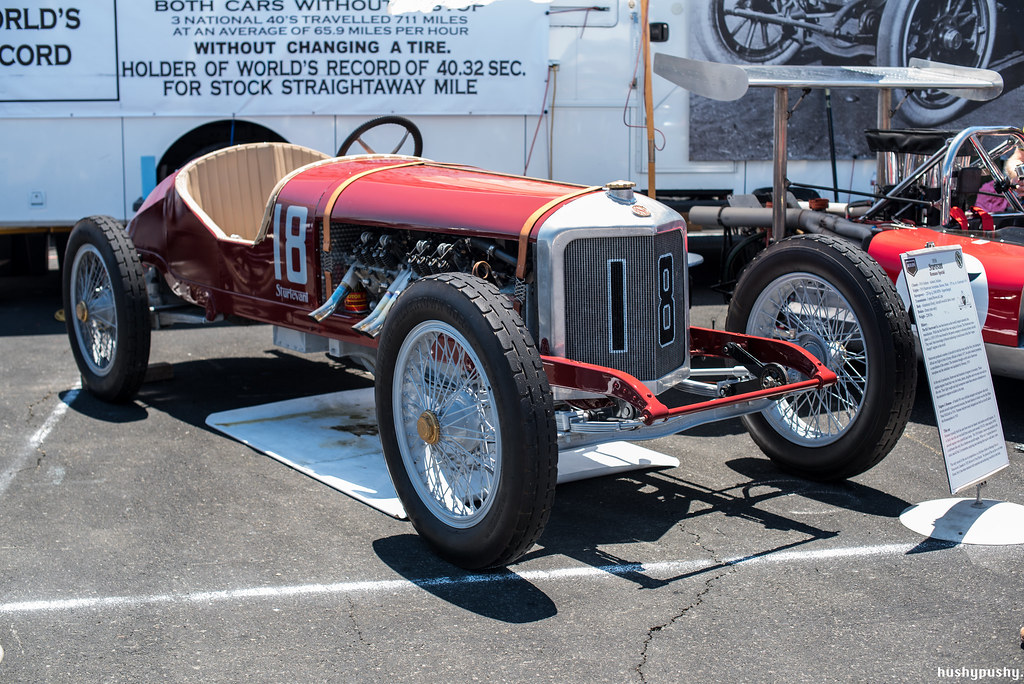 This is a 1916 Sturtevant, which is insanely rare. I’m having a hard time finding any scraps of info about this car or the company on Google. 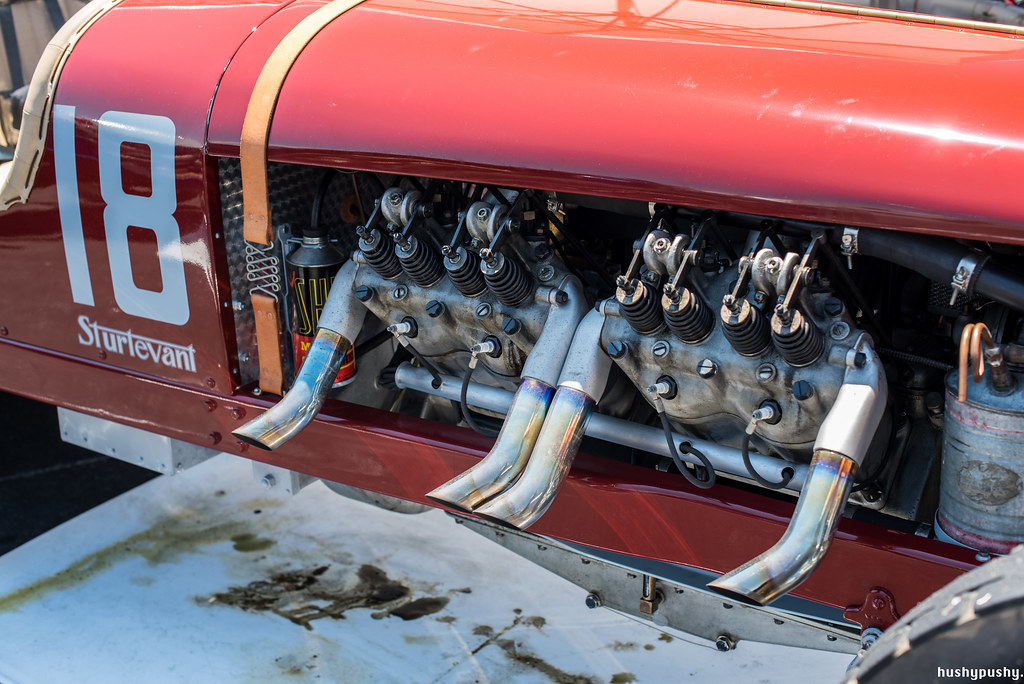 Check out that engine! Pretty crazy how valve springs used to be totally exposed. 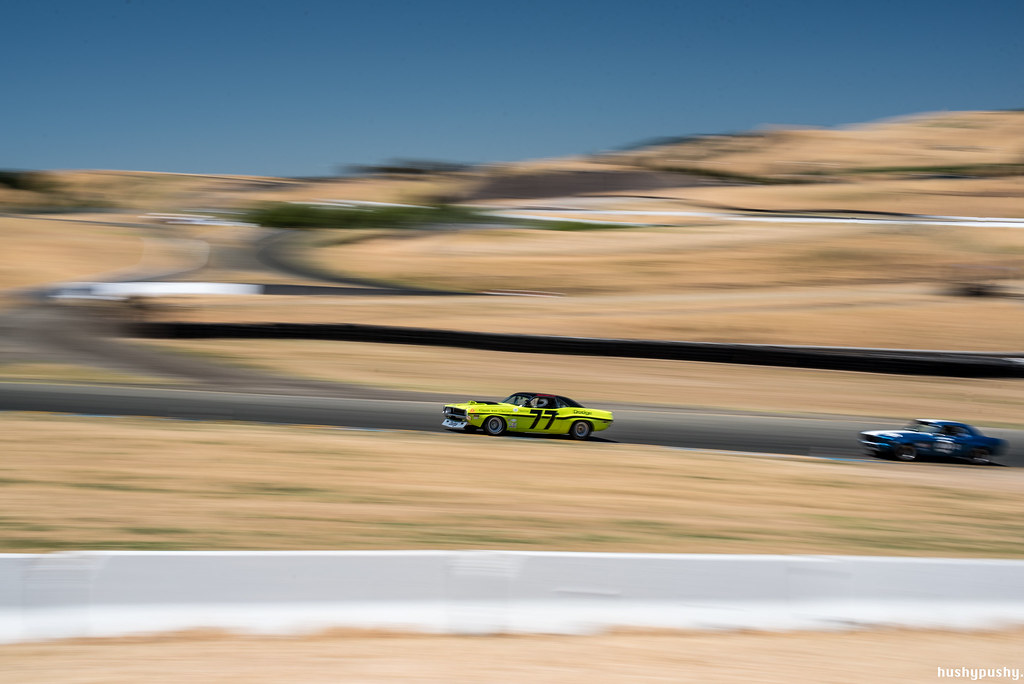 This particular Challenger is one of my favorite cars of all time, and I always make sure to grab a snap of it when I see it. 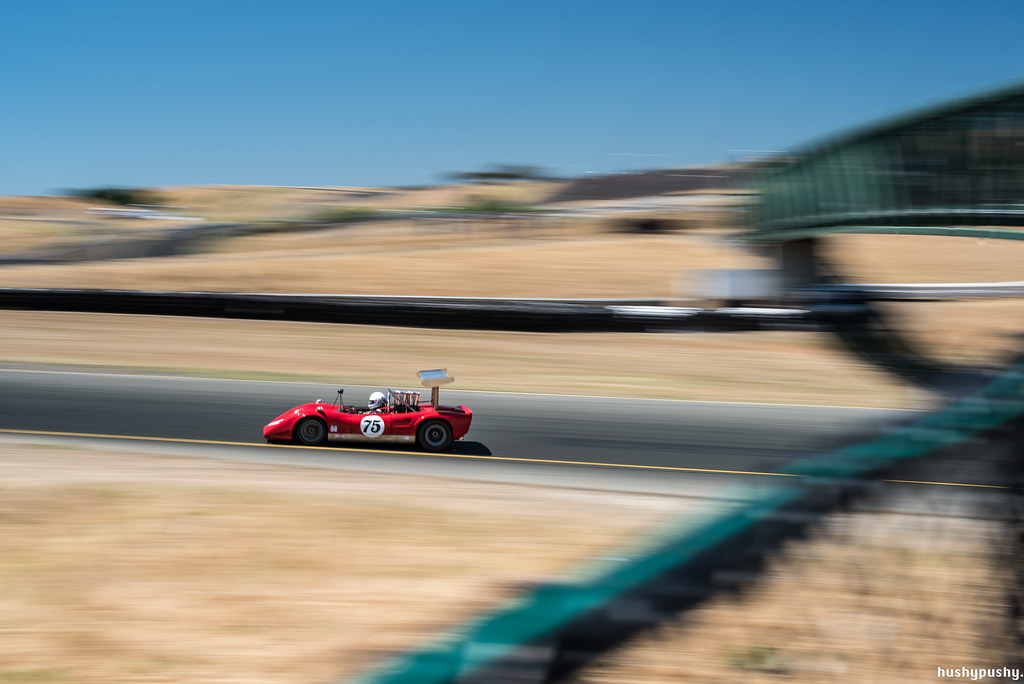 The Can-Am group is so badass; the sound of those big-blocks is hypnotic. Some of my friends say they’re too loud, but I love it. 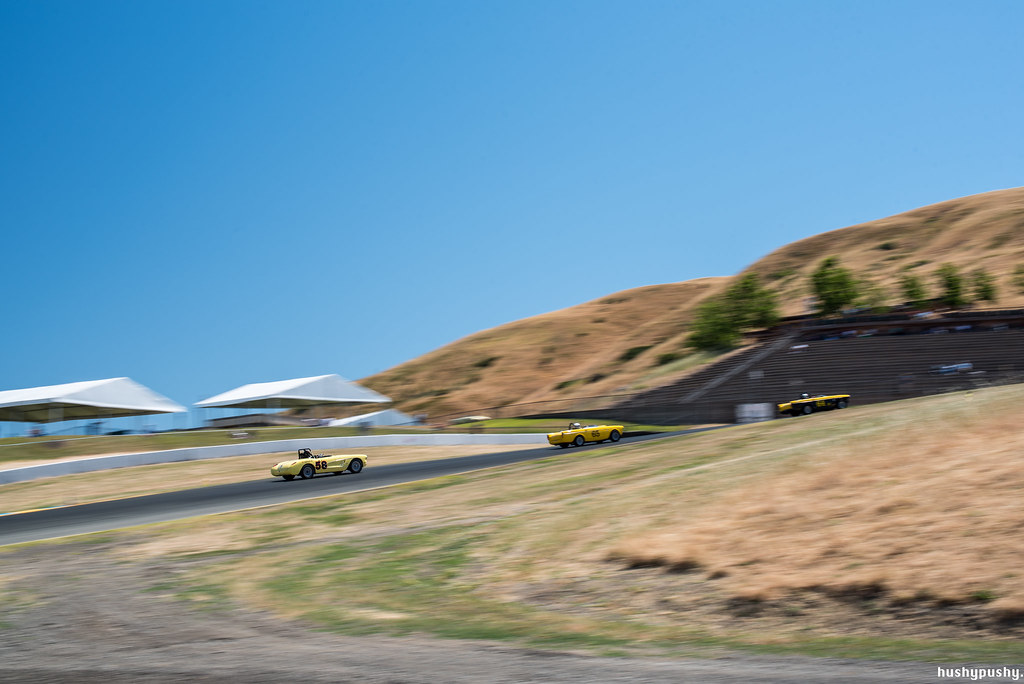 I don’t think you really choose a vintage racer to win races, but I’m sure it’s fun to have other similar cars to compete against. 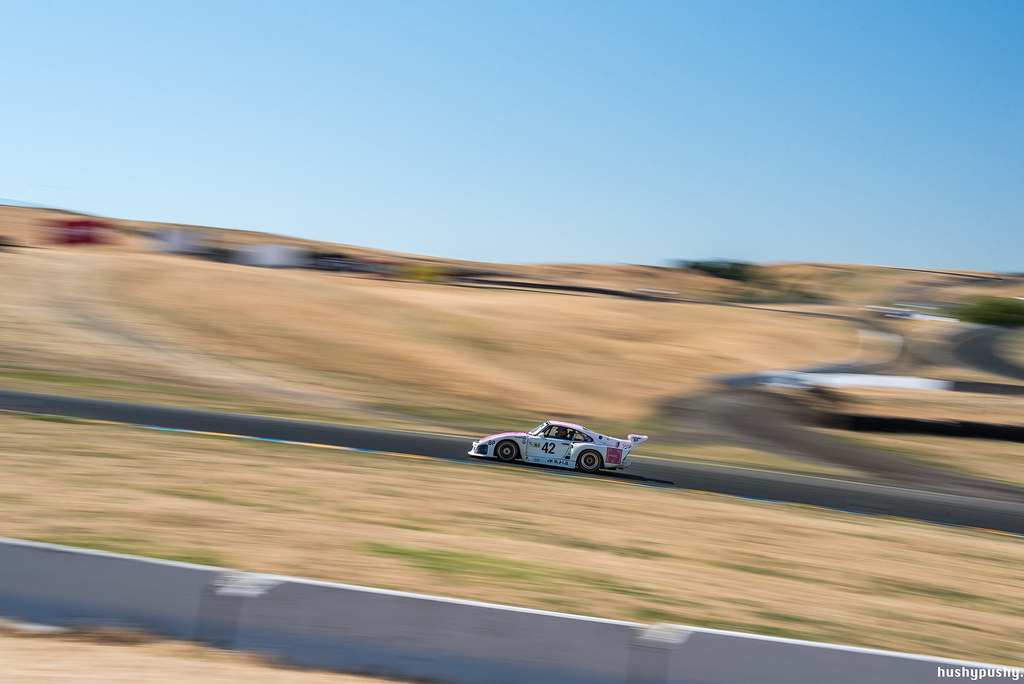 Another one of my favorite race cars, the Gozzy Kremer Racing K3/80. This car started 3rd at the 1980 24 Hours of Le Mans, but unfortunately didn’t finish. I can’t put my finger on it but I just love that livery. 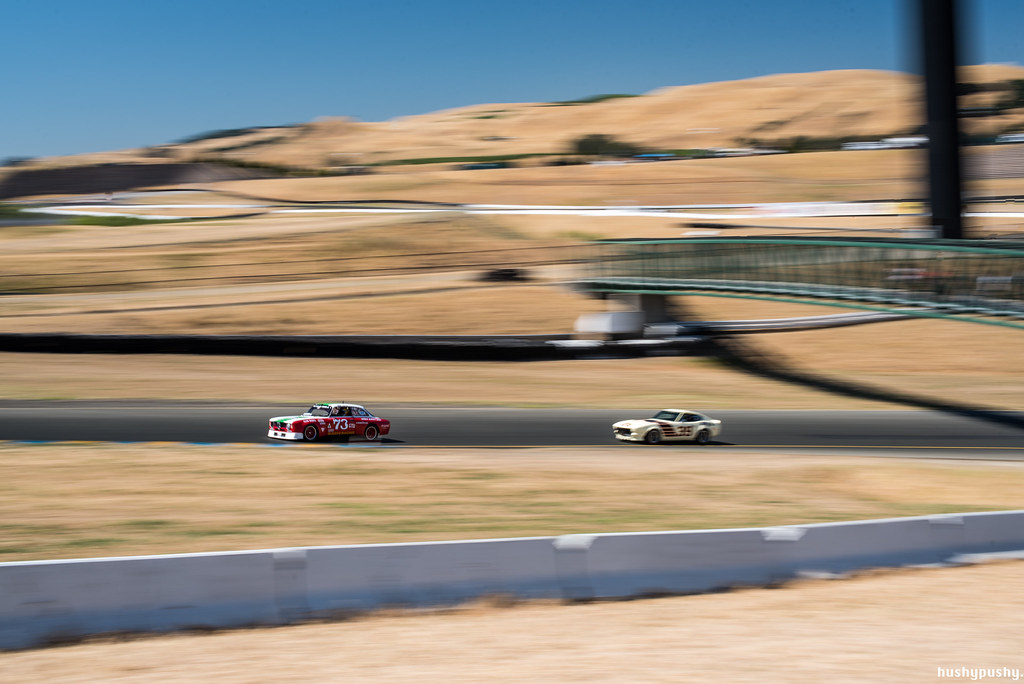 Well, that was a pretty quick post because I have a lot more historic coverage coming soon from Laguna Seca. Or at least that’s what I told myself when I wrote this post! Keep your eye on this space.