It was a warm Friday afternoon (yesterday, in fact) and I was circling around a Sapphire Black McLaren 650S with a camera in my hands when my phone rang. It was my buddy Andrejs, who recently decided he wanted to start riding motorcycles, so he got his license and picked up the perfect beginner’s bike (yeah right): a Ducati Monster 696. 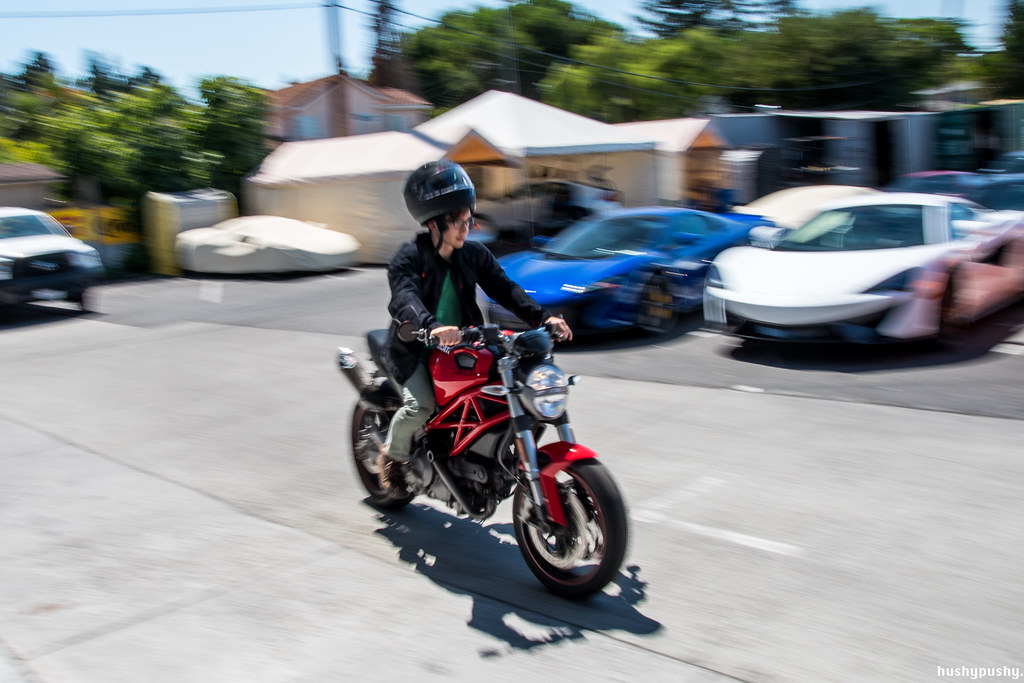 I wanted to answer the phone with, “So did you crash or what?” But in the interest of good taste, I refrained. Maybe I should have said that, because his first words were, “I just had my first motorcycle crash.” He had low-sided it at about 15mph attempting to negotiate a very tight hairpin on my favorite twisty road. That’s like tackling a black diamond ski slope after you’ve managed a couple successful passes down the bunny slope. Oh well, I think he learned his lesson. 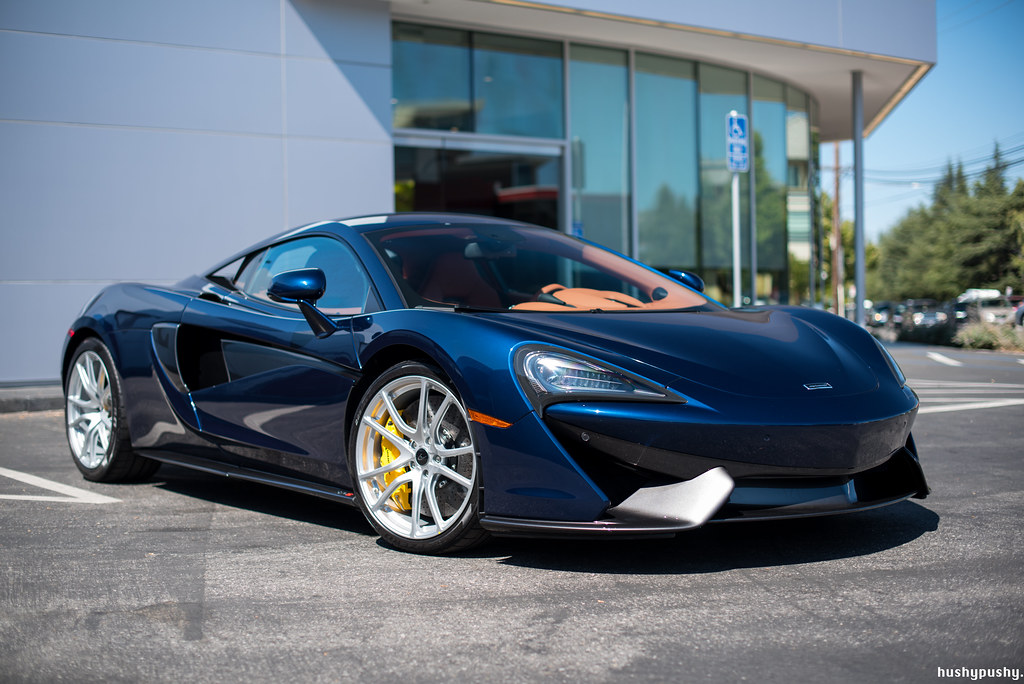 Then I went back to shooting McLarens. This color is called “Blue” and it’s a standard color; if you want a color with a fancy name (Aurora Blue, Burton Blue, Fistral Blue, Mauvine Blue, etc) it’ll cost you several thousand dollars extra. 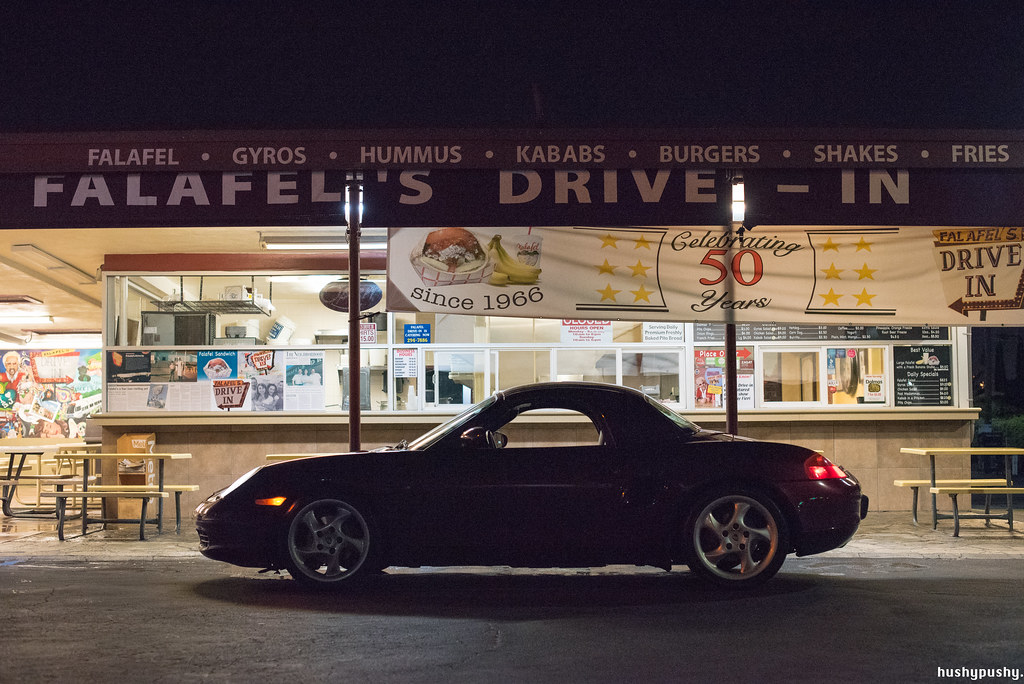 My beloved FR-S is gone and in its place I’ve been daily-driving an EV. That means the Boxster is my only salvation, and I only really get to drive it on the weekend. Last night I was just itching to get out, so I cruised toward downtown San Jose. 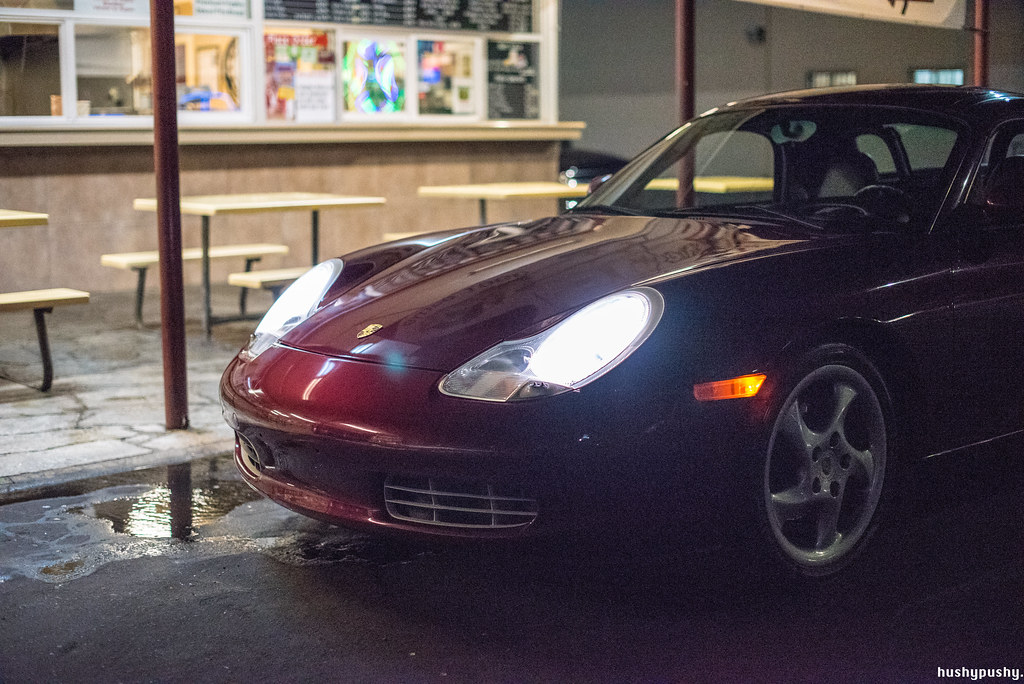 On my way back I stopped at Falafel’s Drive-In to test the D750’s high ISO performance in a quiet, relatively safe area. I was surprised to see that the staff was still inside hanging out, even though the store had been closed for hours. Other than them, I didn’t see a single person walking by, even though we were right on a main street. 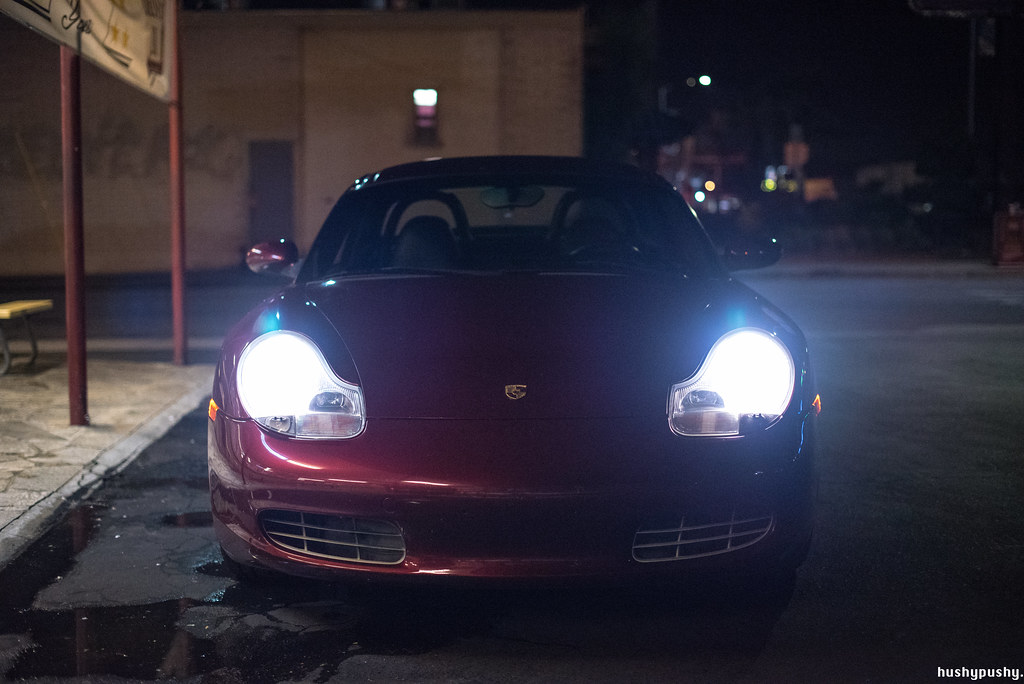 Just minutes before, I had been cruising downtown San Jose where it had the usual Friday night vibe (hard to describe but if you live here, you know). On two occasions I found a spot to put my foot down; once between two towering edifices, and once under a huge overpass. As if the glorious Porsche flat-six sound wasn’t enough to put a smile on my face, I heard people on the street cheering both times! I can definitely appreciate electric vehicles (as I shall definitively reveal in a future post), but there will always be something magical about a proper machine that rolls and explodes. 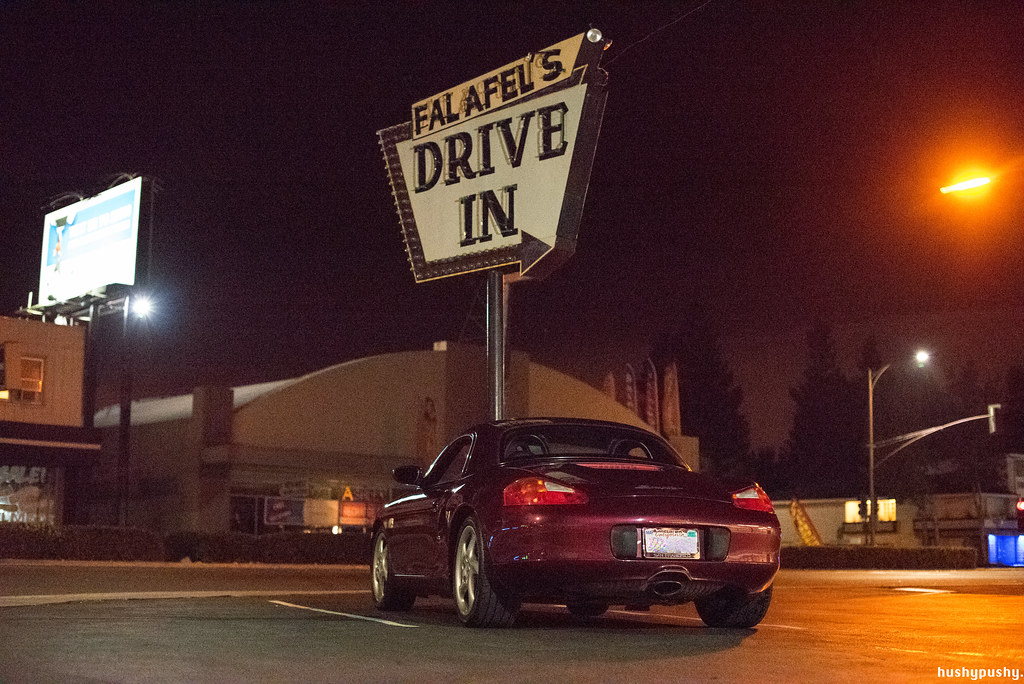 Best parking spot ever. The perfect lunch for me involves sitting outside in the shade with a good friend, looking at my car. Isn’t she beautiful?