Every year, there’s a cluster of events in Northern California collectively known as “Car Week”. This encompasses two major events—the Monterey Motorsports Reunion at Laguna Seca, which is the USA’s premier vintage motorsport gathering, and the Pebble Beach Concours d’Elegance, which is the world’s premier classic car show—as well as the week of exotic car-related events leading up to it. 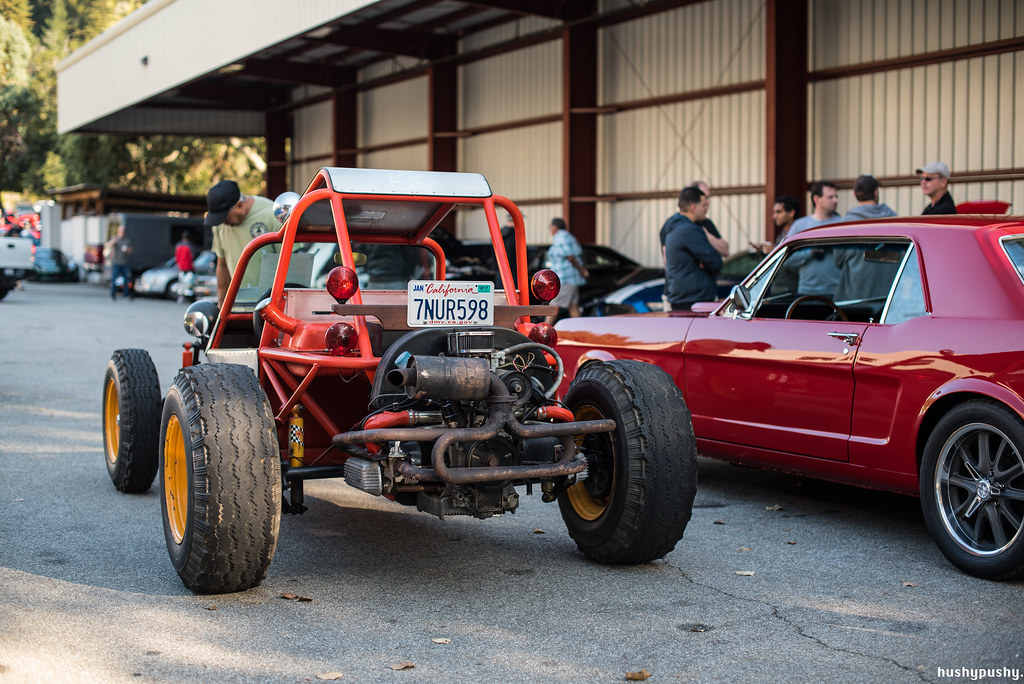 Well, not a day goes by when I’m not focused on some aspect of the car world, so for me this isn’t really much of a change of pace; more like a slight acceleration. But it just so happened that the August 2016 edition of the Canepa Design Cars & Coffee, which happens the second Saturday of every month, landed right at the beginning of Car Week, so I’m counting it as part of the festivities. 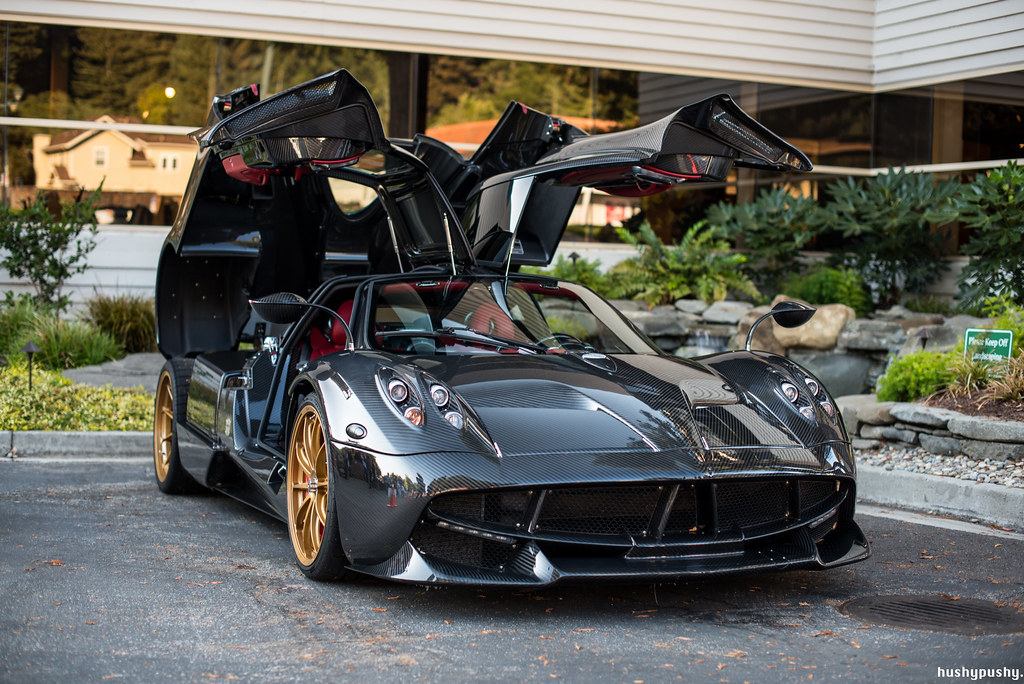 This is the first US-Spec Huayra, which was first seen back in 2014 near the GoPro tent at Sonoma Raceway for the IndyCar race at Sonoma (sponsored by GoPro, natch). Since then, it’s undergone some tweaks, like having the nasty US-spec reflectors filled in with…something, and it’s been given the Panchetto Tempesta (“Storm Package”) which essentially makes the car undrivable on every road in California. 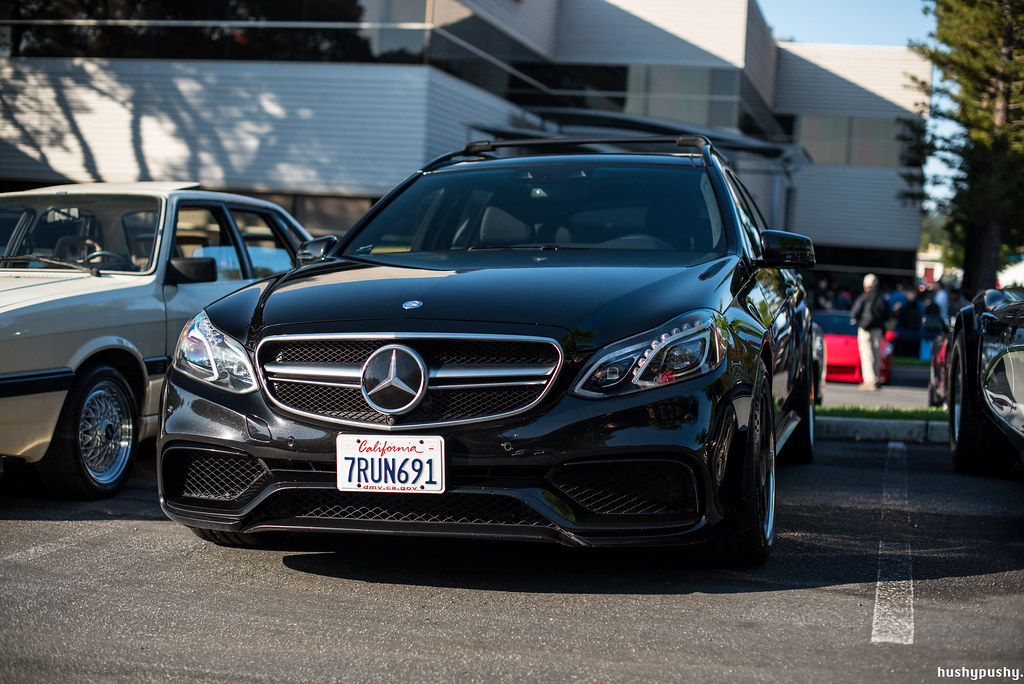 On the flip side of the drivability coin is my friend Sebastien’s E63 AMG. This thing has been tweaked a little and supposedly makes around 850hp! Apparently a Hellcat tried messing with him on the highway recently, but Seb just put his foot down and drove away. 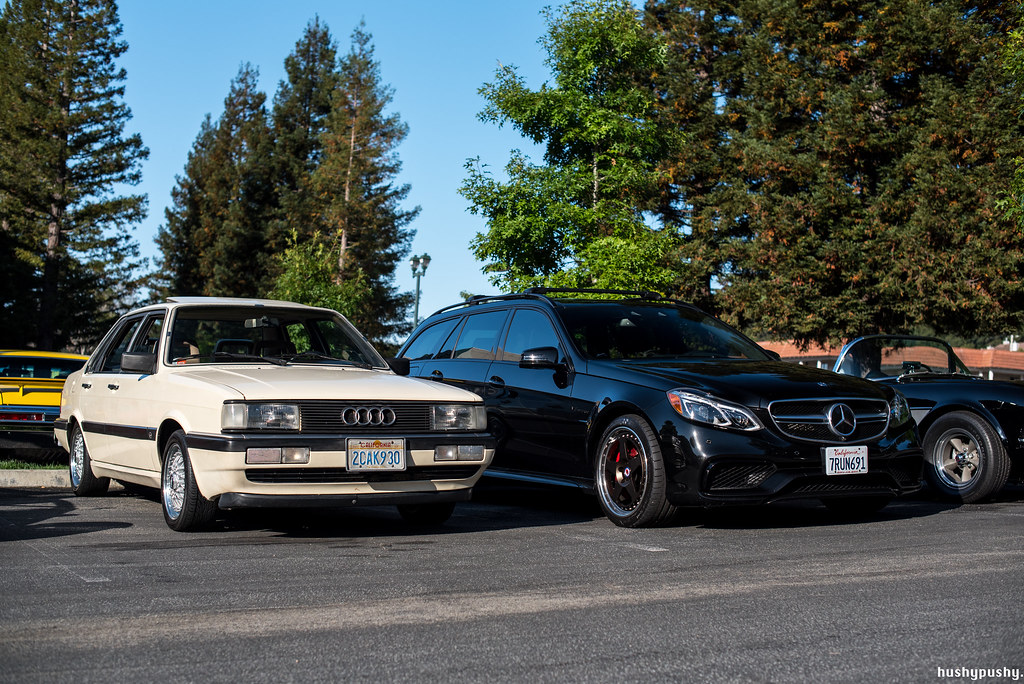 Next to it was an Audi belonging to another one of my friends. There’s a huge car scene in California, but a lot of the same people are at the same events, so you naturally get to know the regulars. 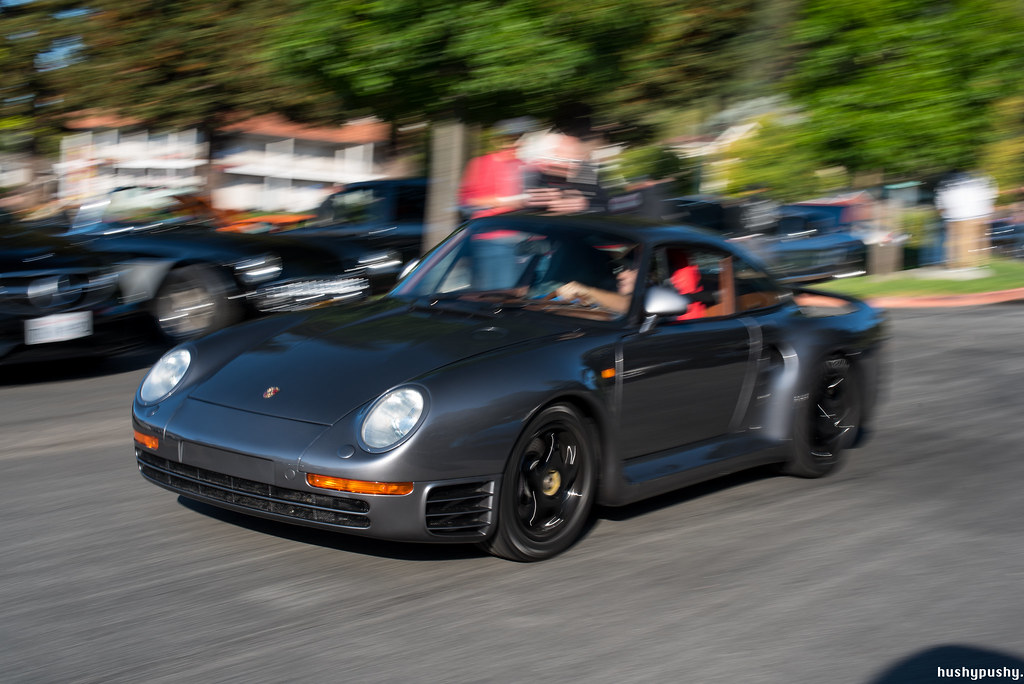 You see a lot of 959’s inside the Canepa workshop, but hardly ever in the show area. Just seeing a 959 in motion is a novel sight. 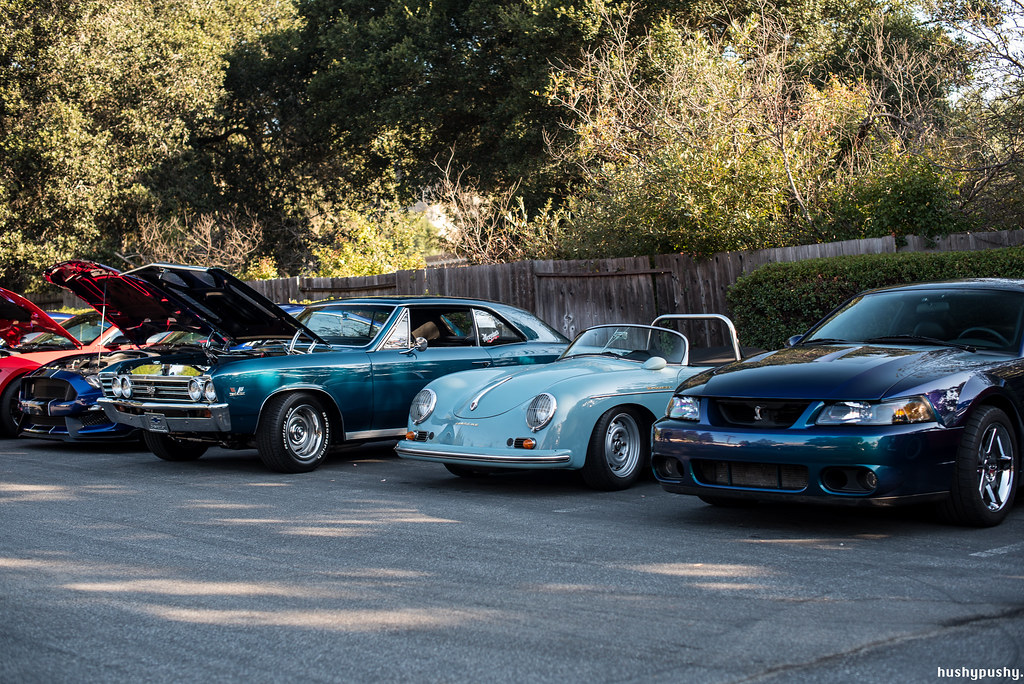 Even when all the cars are blue, there’s still variety at Canepa, and that’s exactly what makes this meet always worth attending. 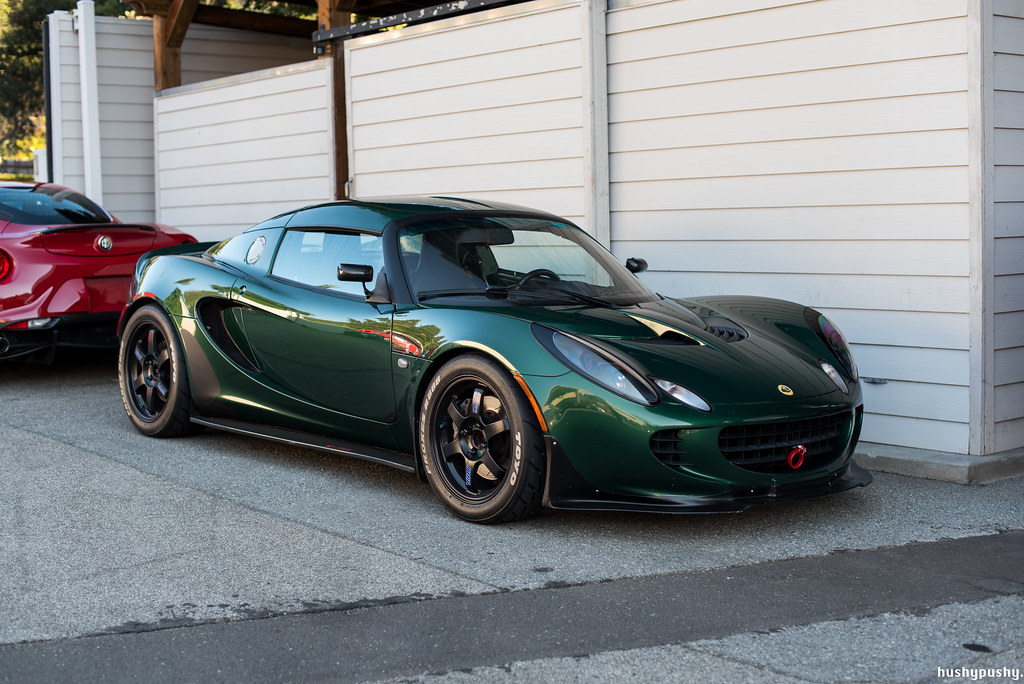 There was an Alfa Romeo 4C behind this Elise, but I didn’t care—give me the Lotus any time, any day. 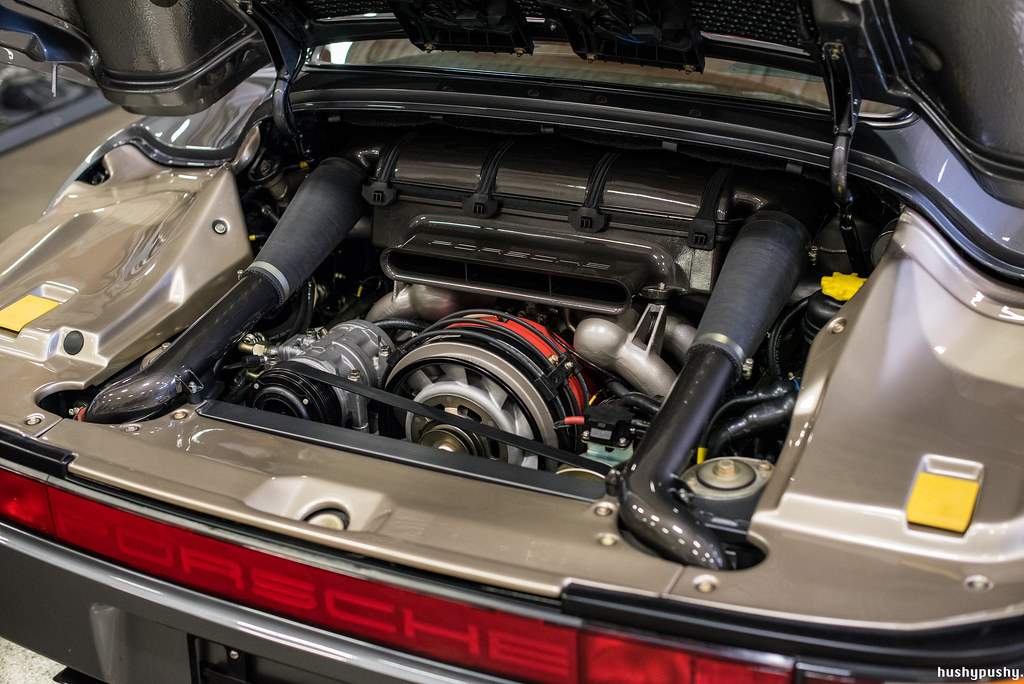 One thing about Car Week is that you start getting numb to perfection. This 959 was as clean, or perhaps even cleaner, than the day it rolled off the assembly line. 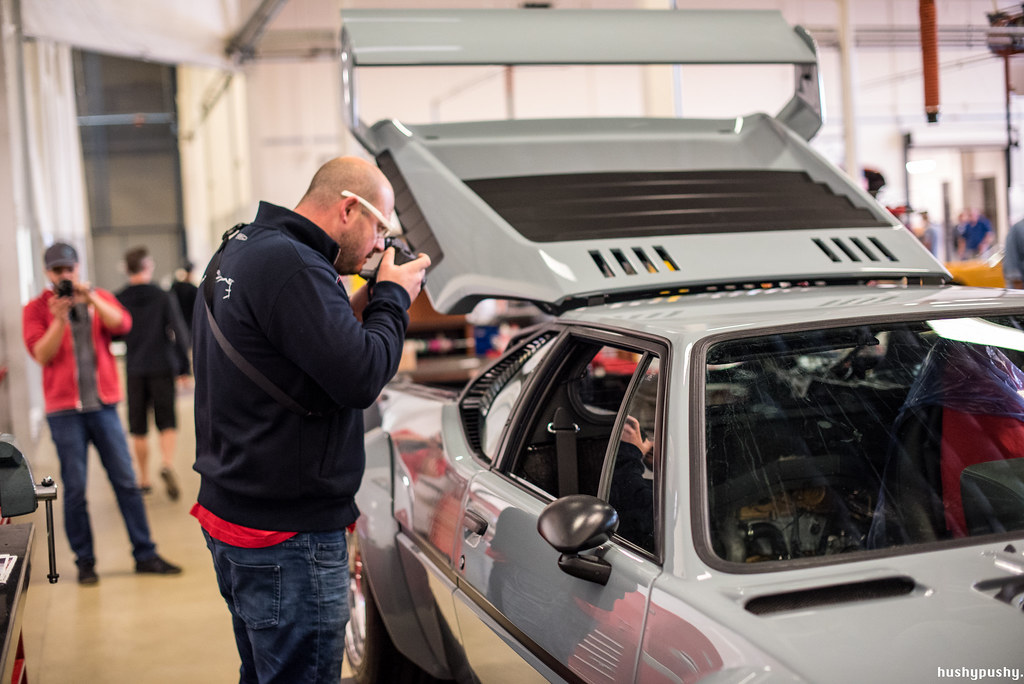 I tried to get a sneaky shot of Dino, but my timing wasn’t great, so this is the best I got. I definitely need to work on my creeper pics; half the time I get noticed, and half the time the photo sucks. 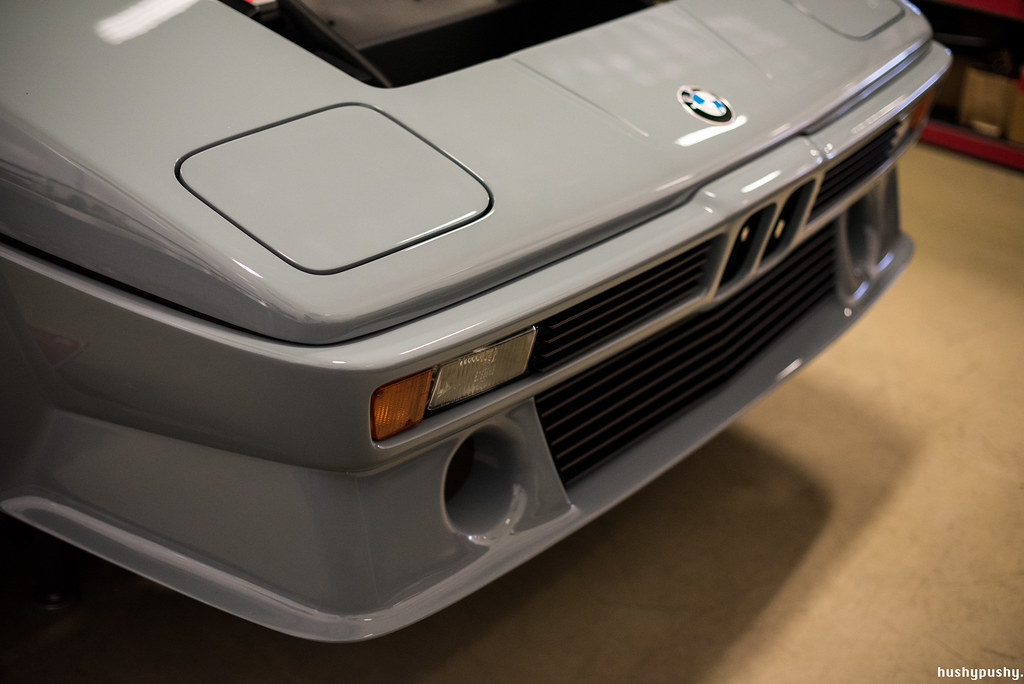 I’m finally coming around to grey paint. I’ve always thought these sorts of finishes look like shiny primer, but after seeing this M1 and a few 675LT’s, I’m starting to like it—to the point where I’m even a little bummed that I picked up an e-Golf in Pure White instead of Urano Gray. 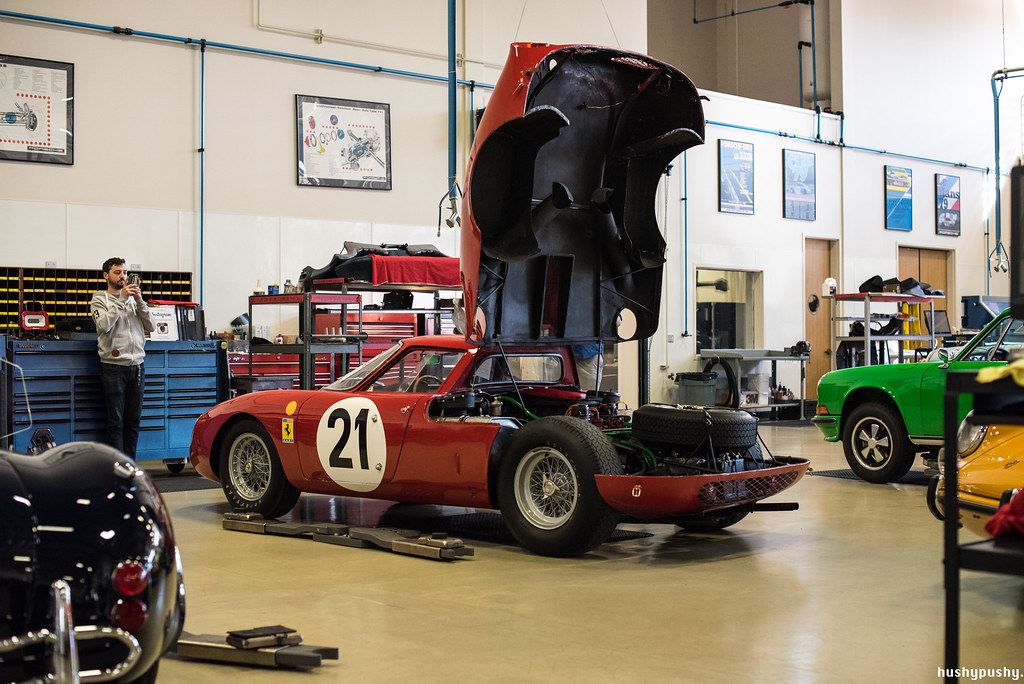 And then we saw it again. The last Ferrari to win Le Mans outright was this 250 LM—and it looks just like it did the day it won. 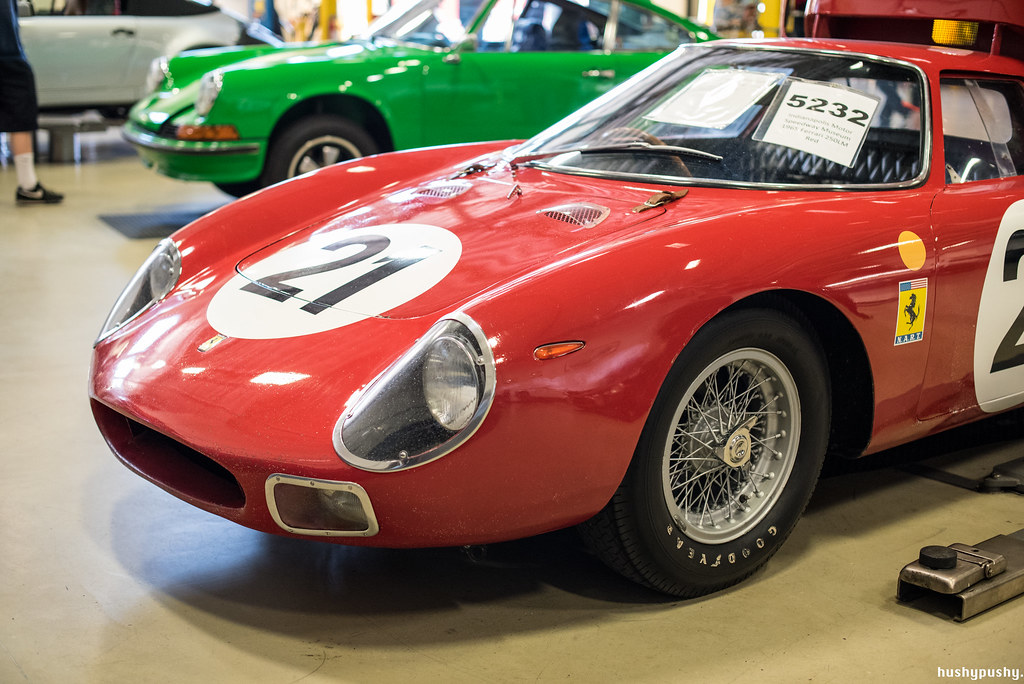 Just look at that patina! 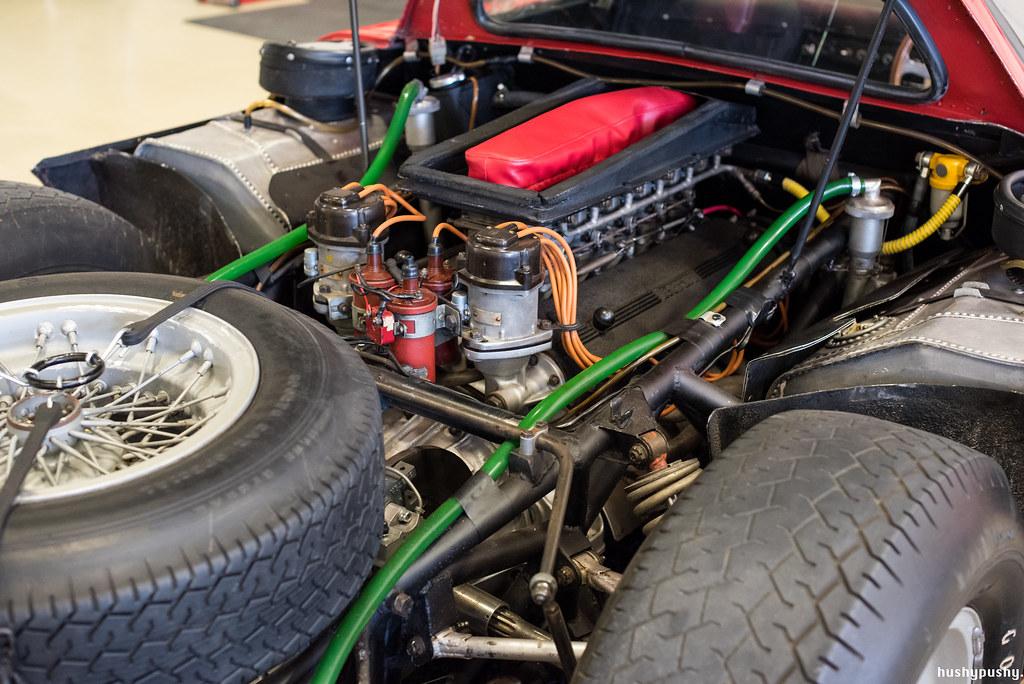 Gotta love the strapped-in spare. Every detail on this car takes you back in time. It’s said that the top speed was a scarcely believable 180mph! Imagine flying down the Mulsanne in the middle of the night at 180mph in this thing. Now that’s ballsy. 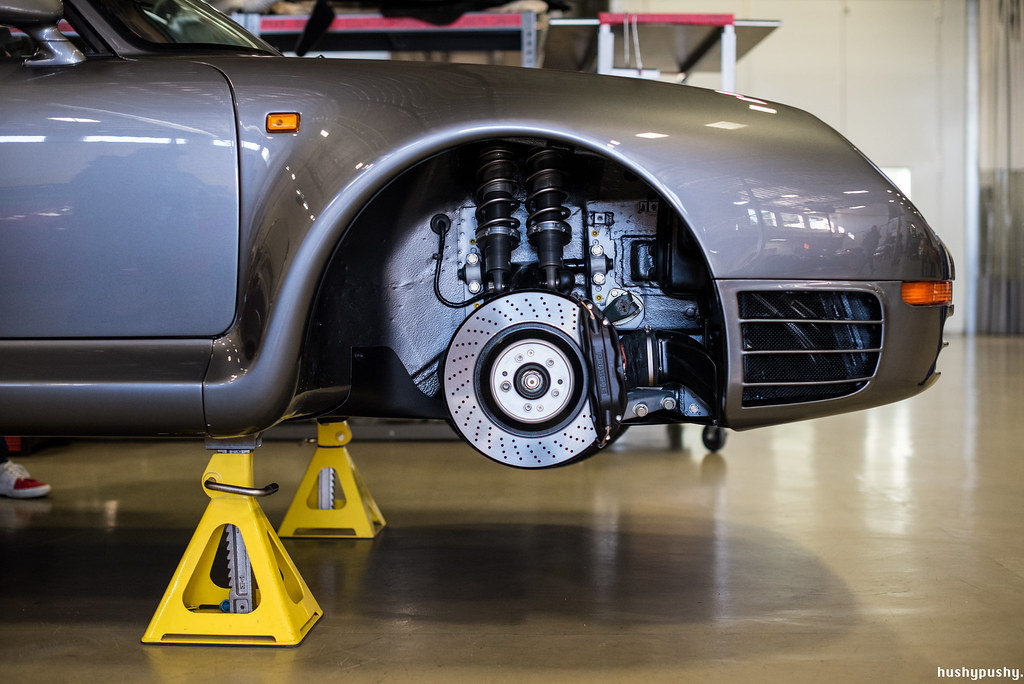 Two coilovers on each corner. 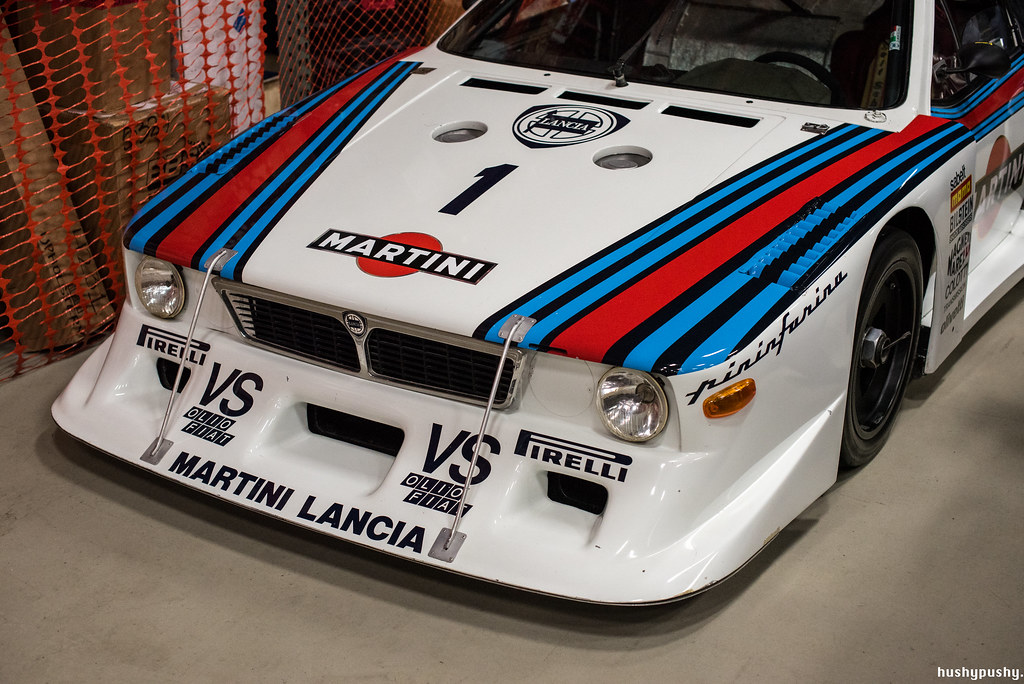 How about a Group 5 Lancia Beta Montecarlo Turbo? Phew, that’s a mouthful. 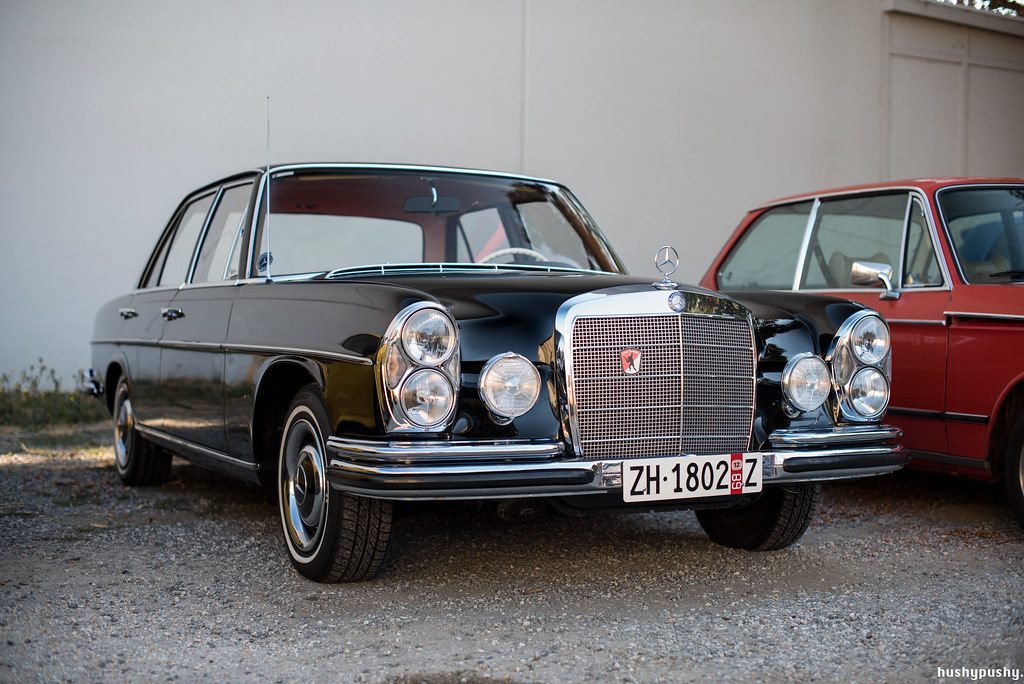 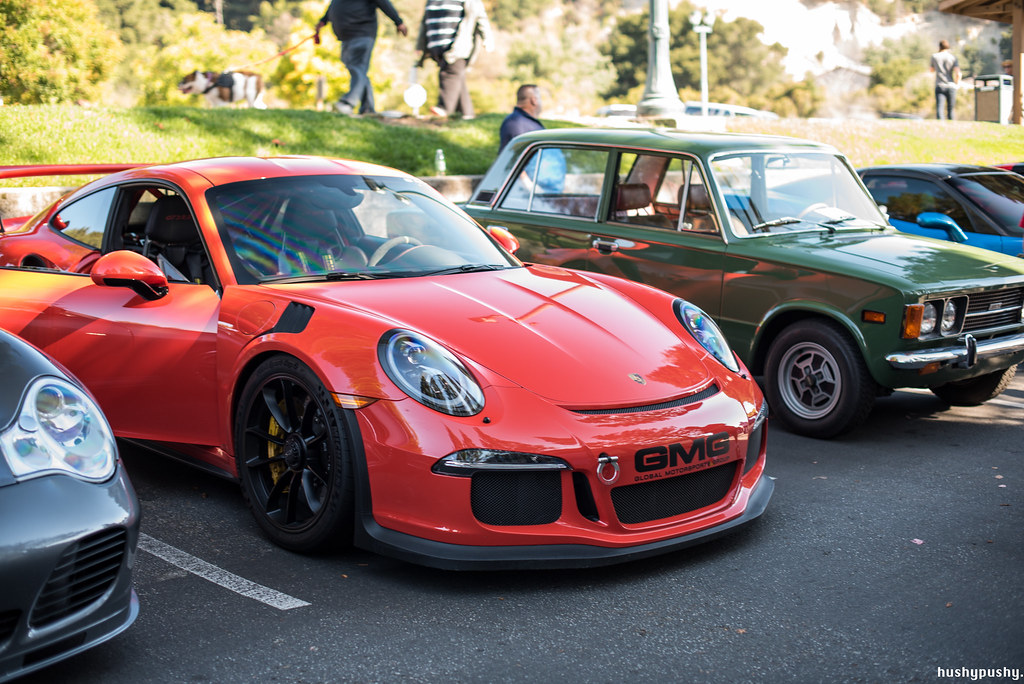 Here’s Jono’s GT3 RS. The door is open because Dino was in there getting his stuff out. 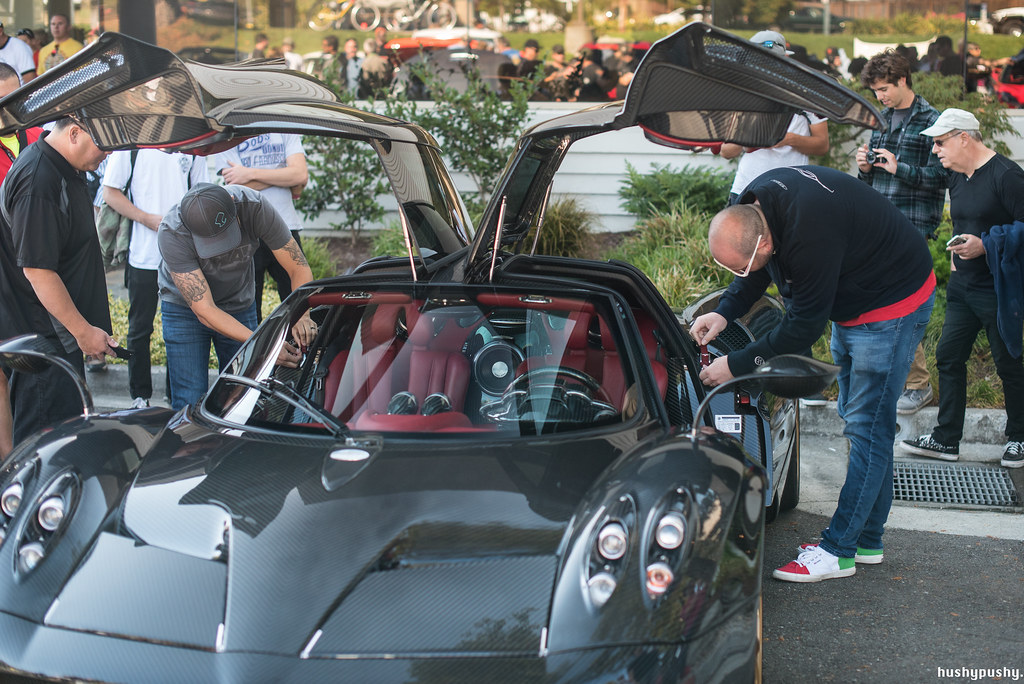 Why? Because Art and Dino were about to skedaddle in the Huayra. 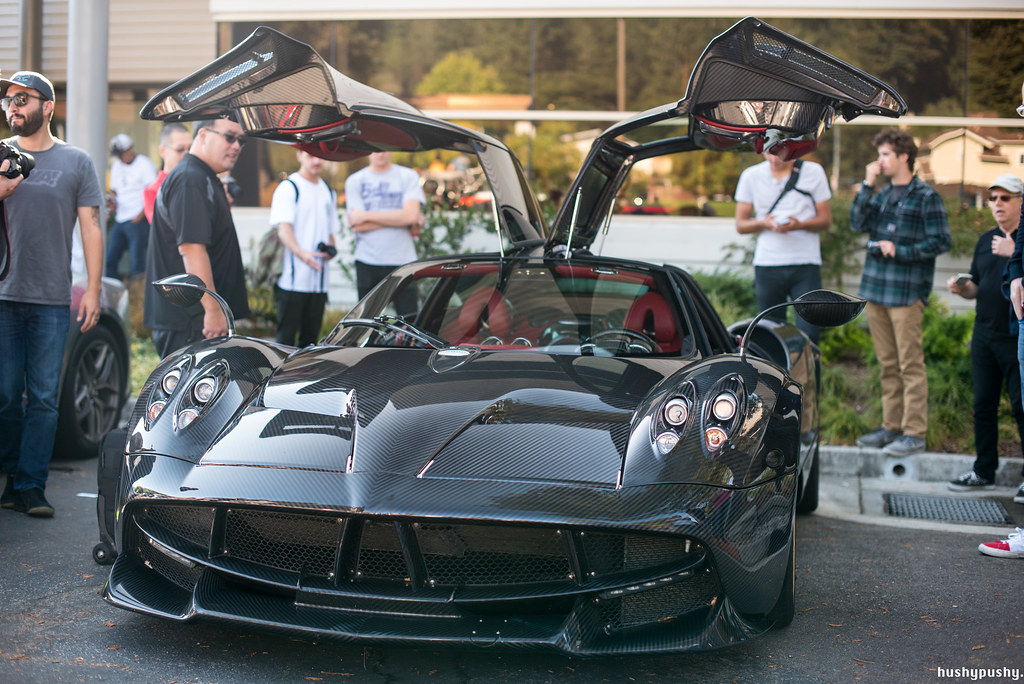 Too bad they hadn’t told me where they were going, because I would have told them not to. They tried going to a park that’s one of my go-to shooting locations—but Art had forgotten that I had told him (many moons ago) that the park is only open to Palo Alto residents on the weekend, and they’re very strict about entry. 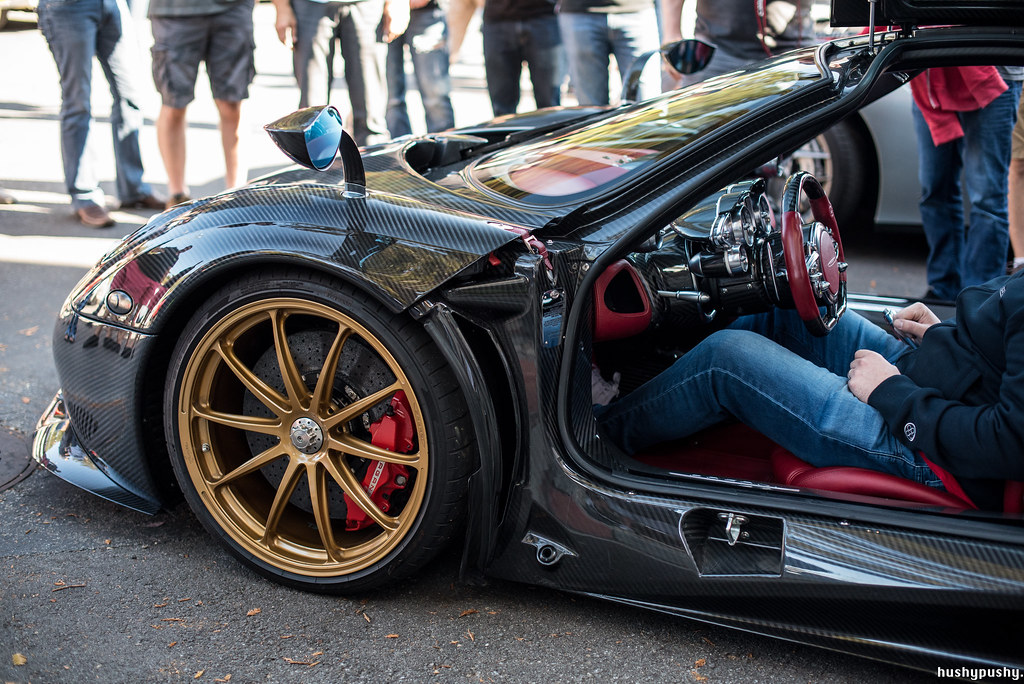 The other problem with the Huayra was new Panchetto Tempesta, which means “Storm Package” but might as well mean “Undrivable” as I hinted earlier. Apparently even going down California’s idea of a very smooth highway (280) was met with grimaces, because each expansion joint sent a big BANG through the stiff chassis, and even minor undulations and bumps caused the entire chassis to bottom out. Even worse, when they tried going up to the park, they found that the road was so bumpy, tight, and steep that they had to drive it in lift mode to keep the front clamshell off the ground—which meant keeping the speed to under 30mph so the car wouldn’t automatically lower itself! What a pain in the ass.

Anyway, that’s just the tip of the iceberg. After that, the rest of the the Driving While Awesome crew packed up and drove to Laguna Seca for the “Pre-Reunion”, which is essentially a dress rehearsal weekend for the real Monterey Motorsports Reunion. Probably 75% of the cars were in attendance but only 5% of the people, which makes things a lot more enjoyable for photographers. Well it did for me, anyway! I also have photos from McCall’s Motorworks Revival and Pebble Beach, so stay tuned.