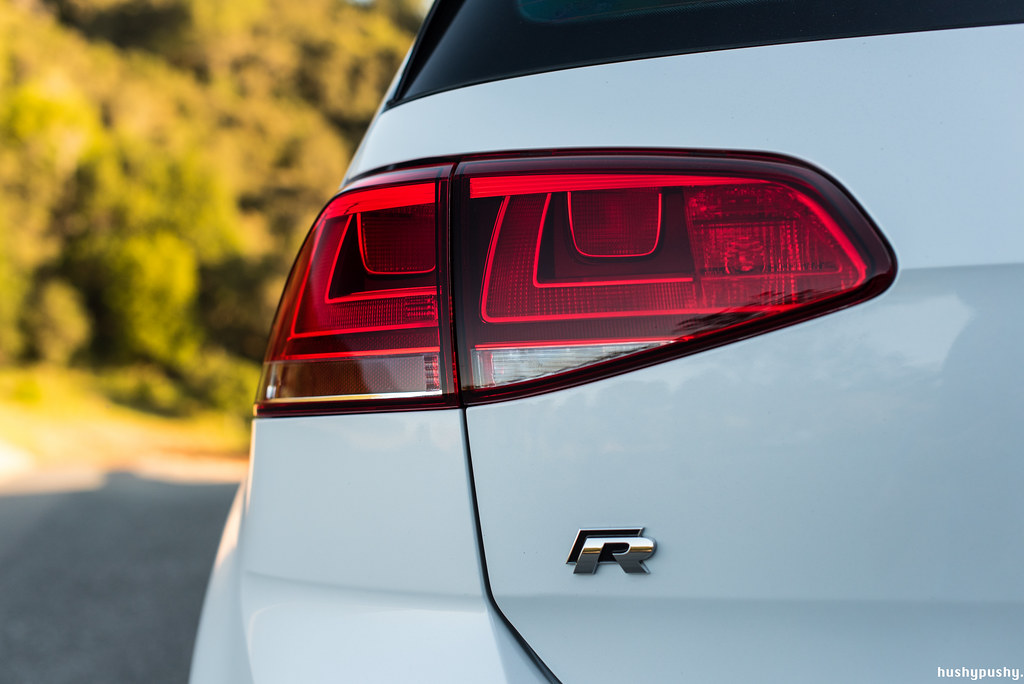 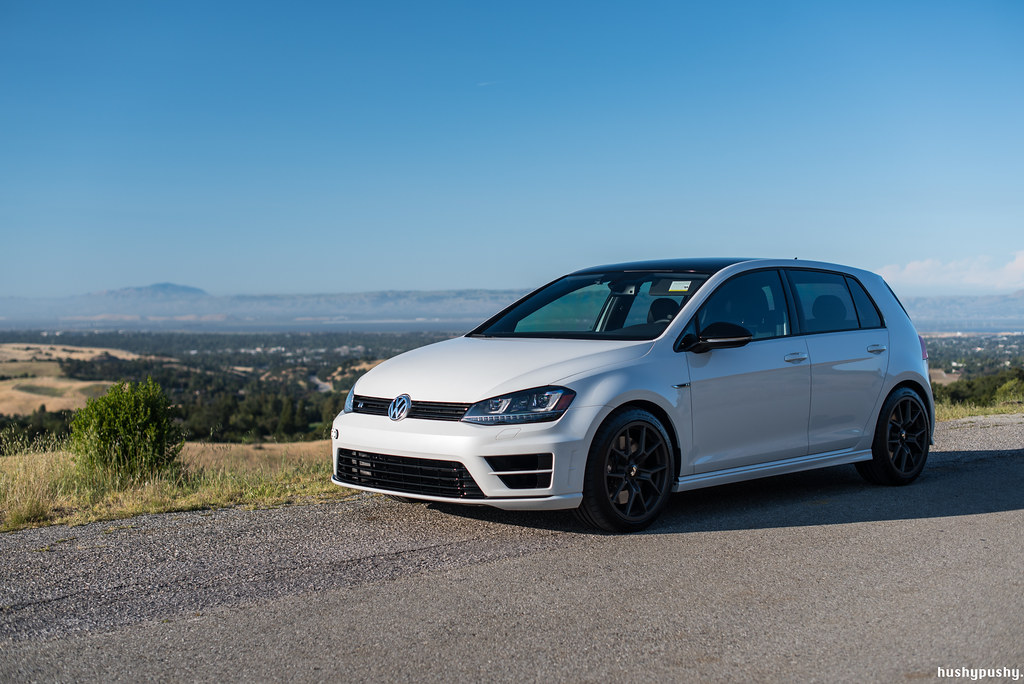 If you thought it was R, you are so wrong. Of course it’s the C! You know, the sea, get it? 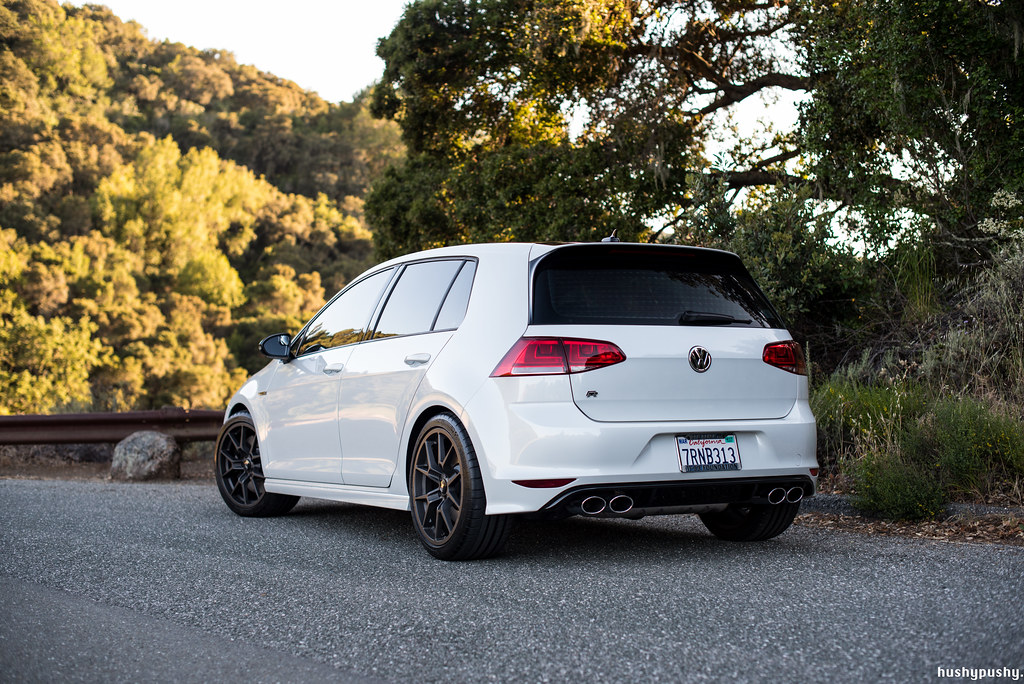 Previous generations of Golf have generally left me as cold and lifeless as that joke. Then again, if you laughed, just remember that some people have always liked Volkswagens. 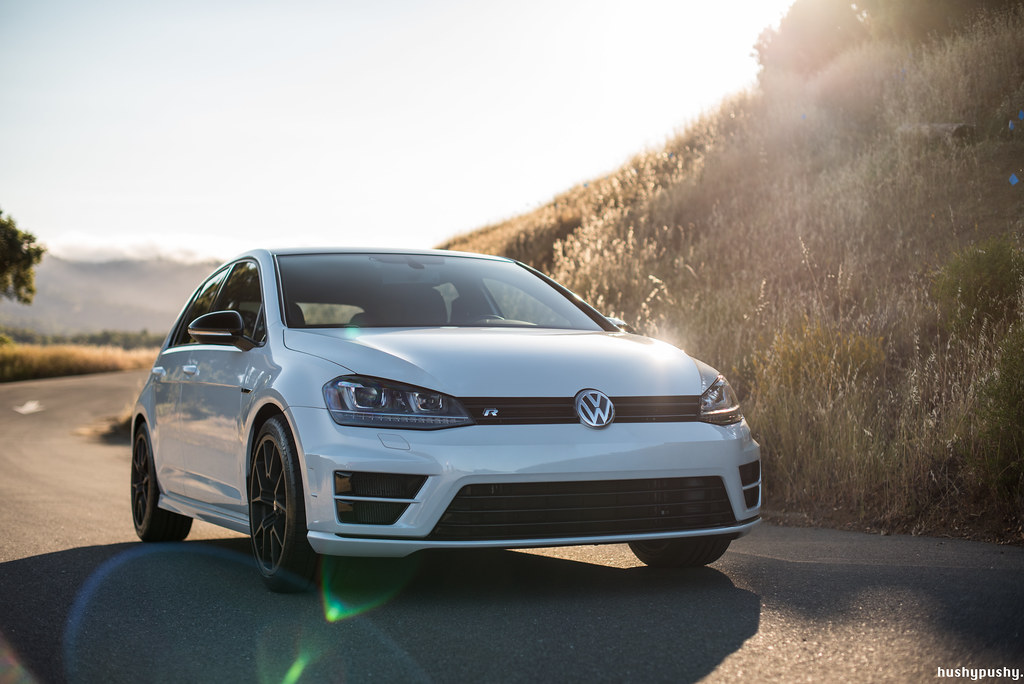 Having previously driven a Mk7 GTI and come away feeling impressed by its maturity and modernity, I had high hopes for the Golf R. With a front-wheel-drive hot hatch, you can make some excuses about the driving experience because “that’s the way it’s supposed to be.” 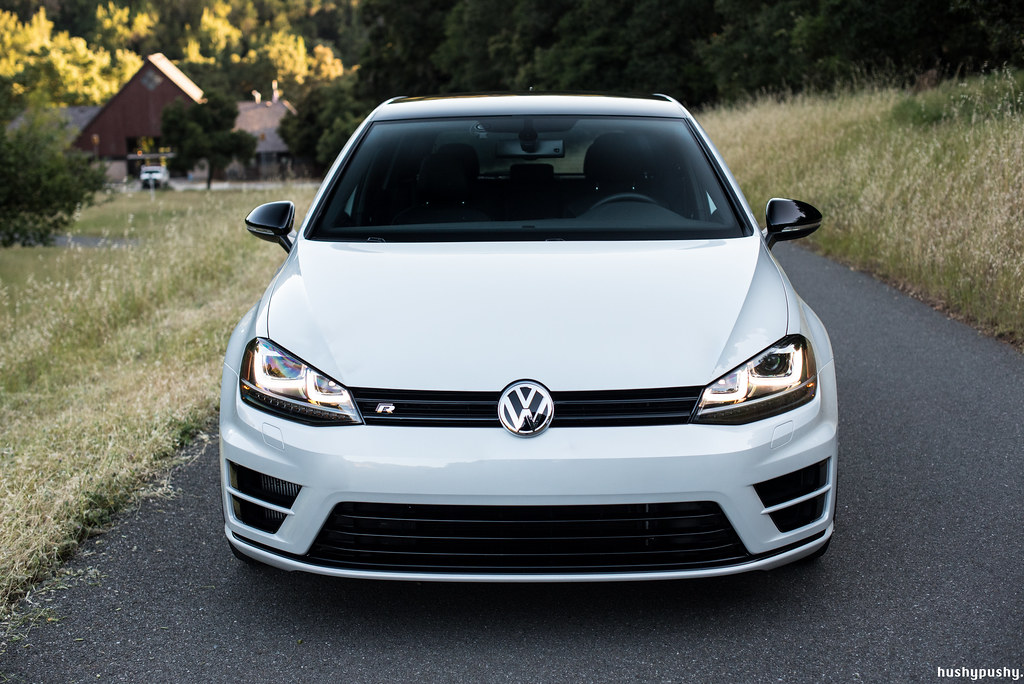 The Golf R, however, has nothing to hide behind. Starting at $35k it faces competition up and down the marketplace from its little brother GTI to the Ford Mustang to the M3. I’ve seen it cross-shopped from the most logical competitor (Focus RS) to something you may not think is relevant (Porsche Macan). Seems like everybody could use a bit of Golf R–but would they want it? 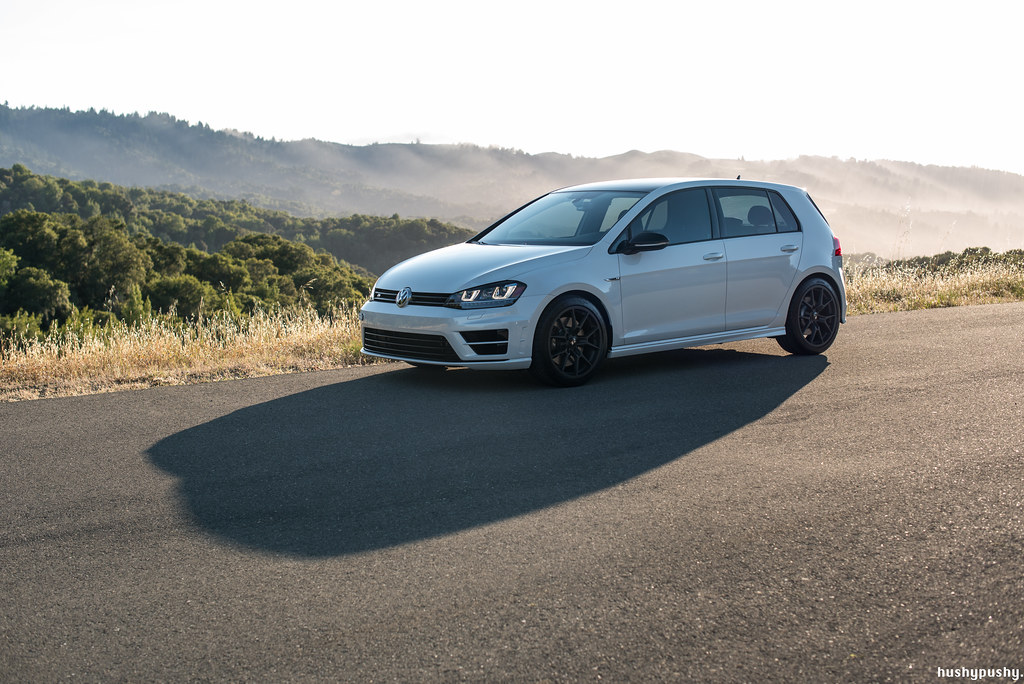 I wish you could hear the bells chiming and angels singing behind me, because hallelujah, Volkswagen launched a winner. I expected greatness and was duly rewarded. 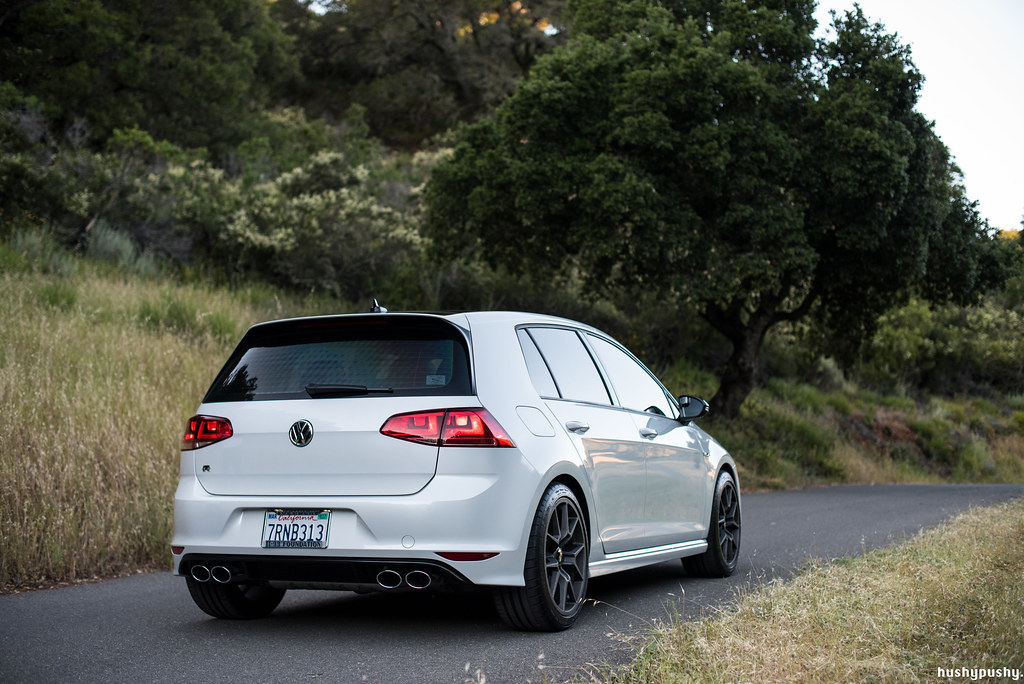 Of course, you might look at these pictures and think you were not looking at a completely stock car. Well, you’d be mostly correct: the engine has been given a mild tune to enhance the powerband, and the wheels and tires have been swapped out for a bit more grip. But that’s it! 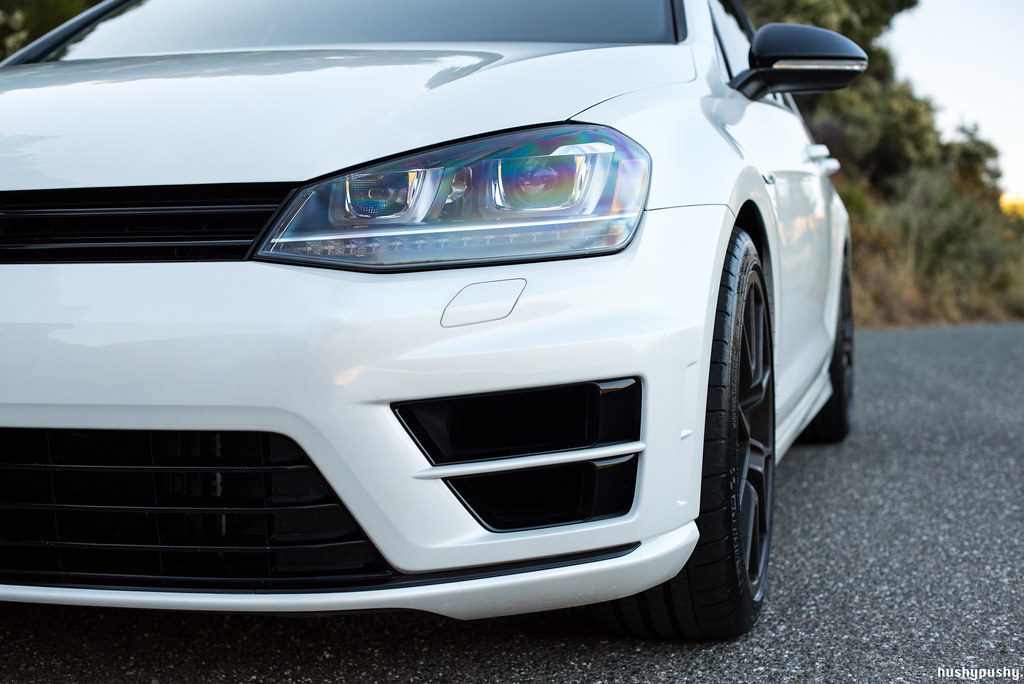 Well, okay, almost. The sharp-eyed VW fans out there will notice that the aluminum-esque shiny accents from the front end have been vinyl’d black, as well as the mirrors and roof. 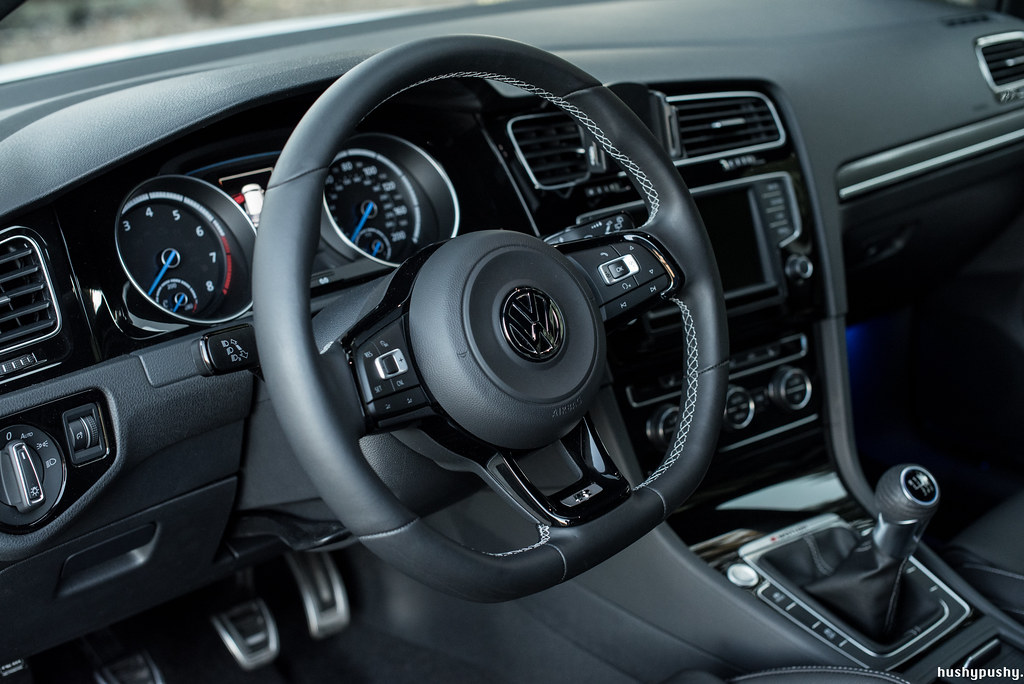 But performance-wise, it’s really only the chip and the slightly grippier rubber. Everything else is as it came from the factory. 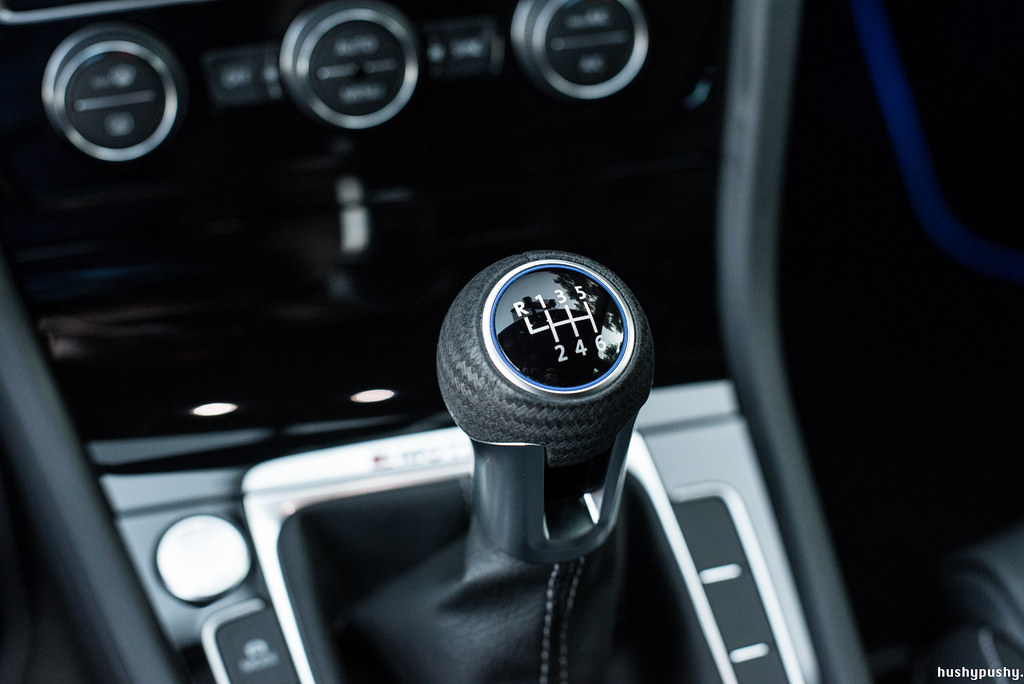 Including, of course, the manual gearbox. I can’t imagine this car being anywhere near as fun with two pedals and two paddles–it’s just nowhere near frantic and fast enough to make you want that shifting experience. 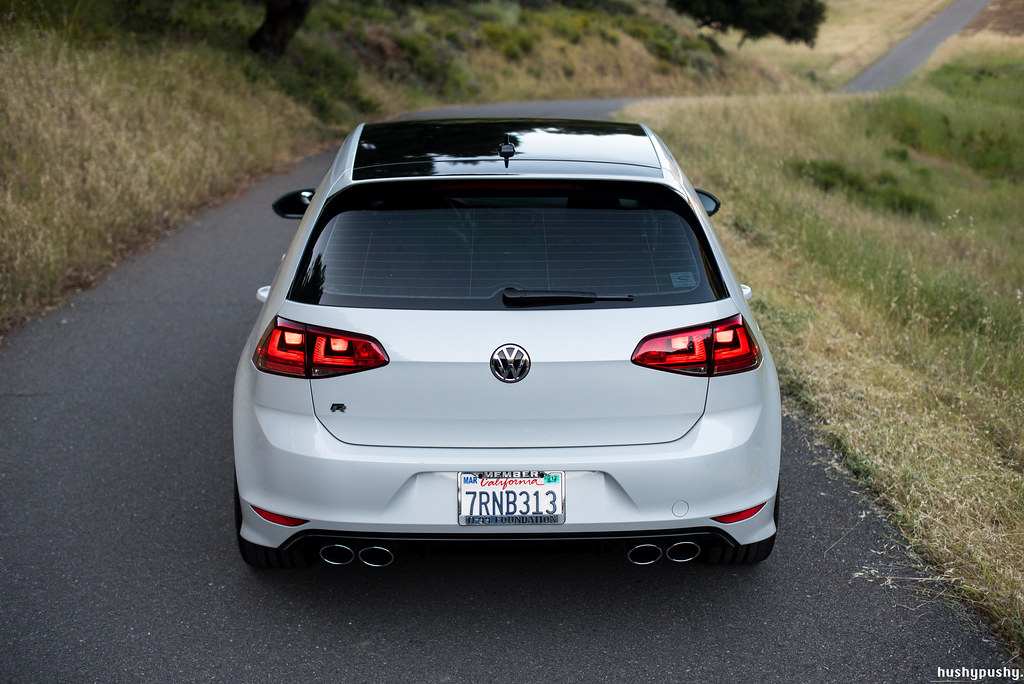 I chucked this thing down my favorite twisty road and was impressed by its crisp turn-in and the way it powered out of corners with the rear wheels, feeling very much 50-50 balanced and sporty. Even the engine’s character and shift engagement were conducive to sporty driving. 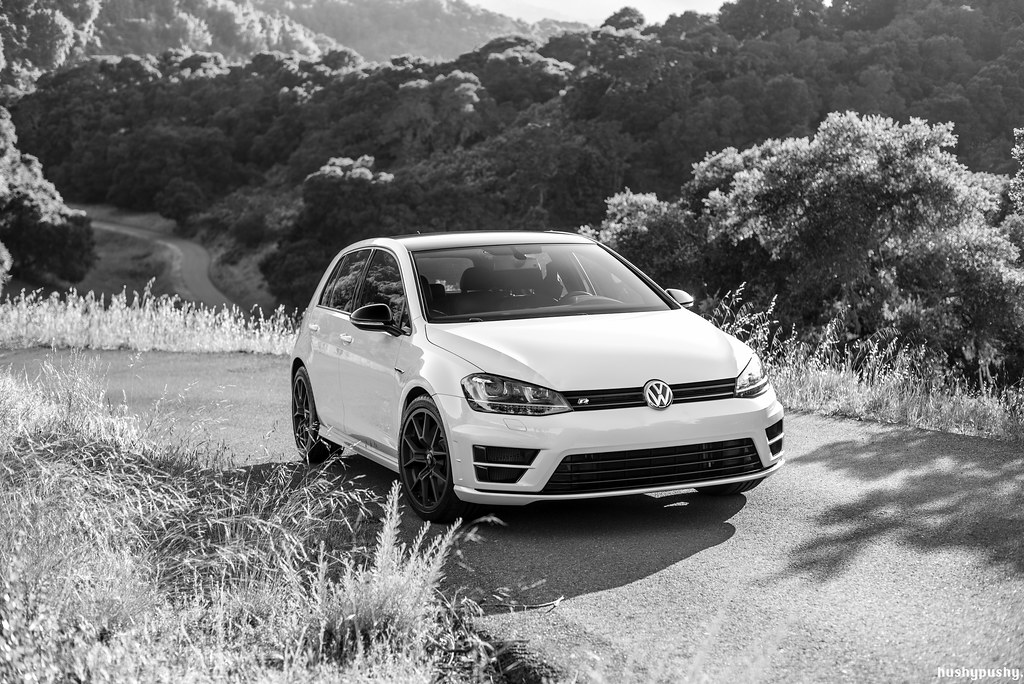 In a world where the demand for an isolation box far outstrips the demand for an exhilarating driving experience, it’s pretty amazing what Volkswagen has done with the Golf. The same chassis that can be an EV or econobox can also be a hot hatch or, as VW themselves refer to it, a “performance hatch”. And each one is a great car for its intended purpose. Well done, Volkswagen. Now I’m impressed.