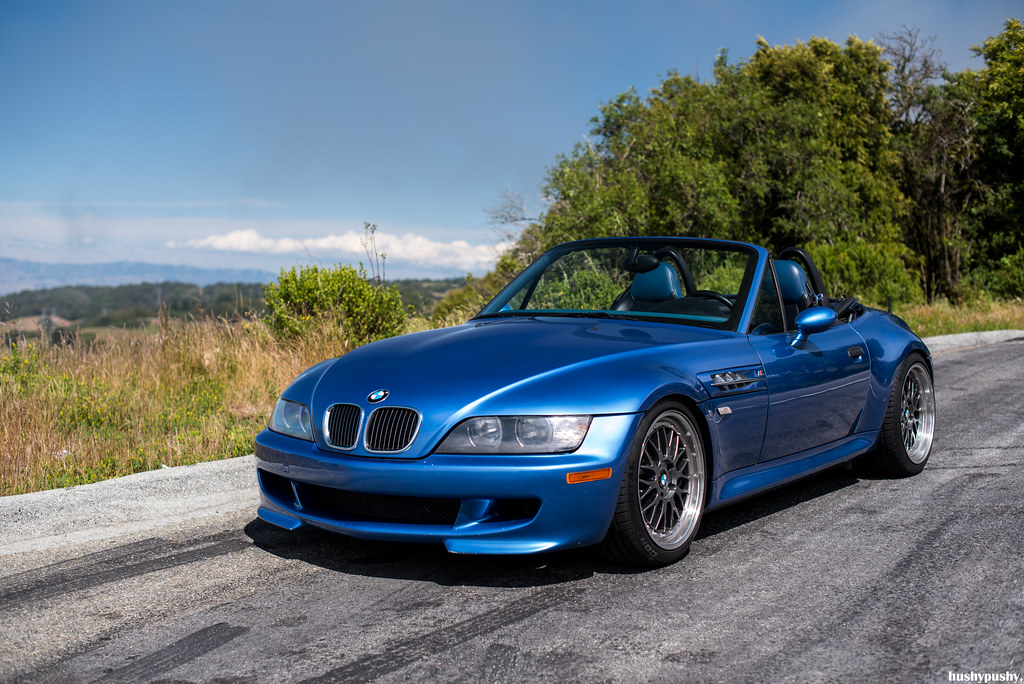 Every car has a story. Some stories are less impressive than others, but rest assured, as the years roll by a story always develops. 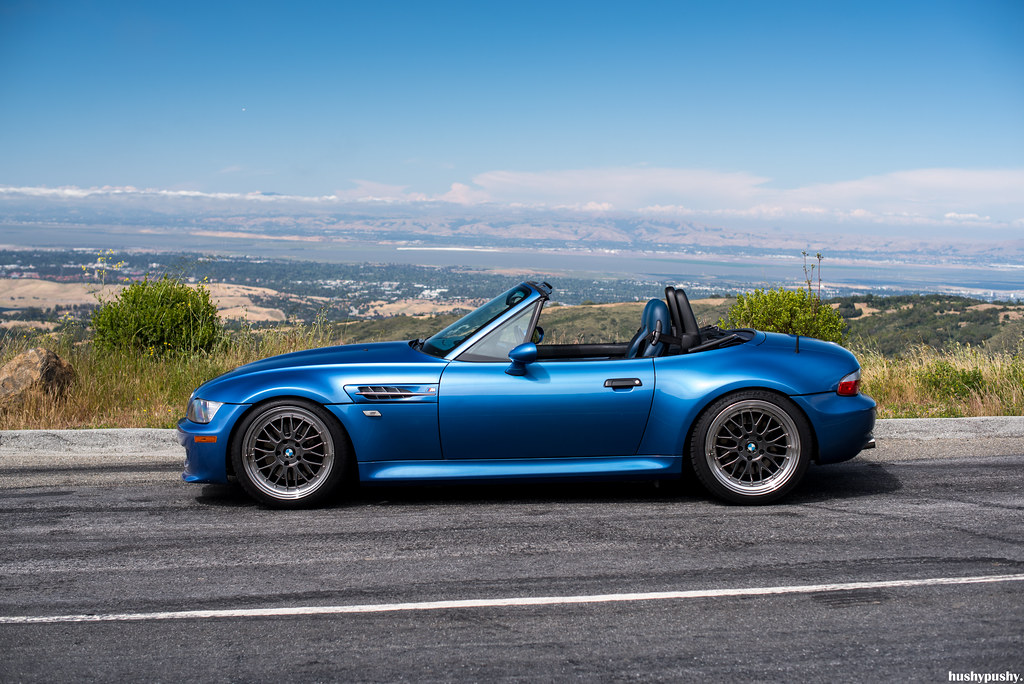 On The Car Lounge this car is referred to as “The Bent M” due to its history. If you want to read about it, go here. Or maybe don’t. 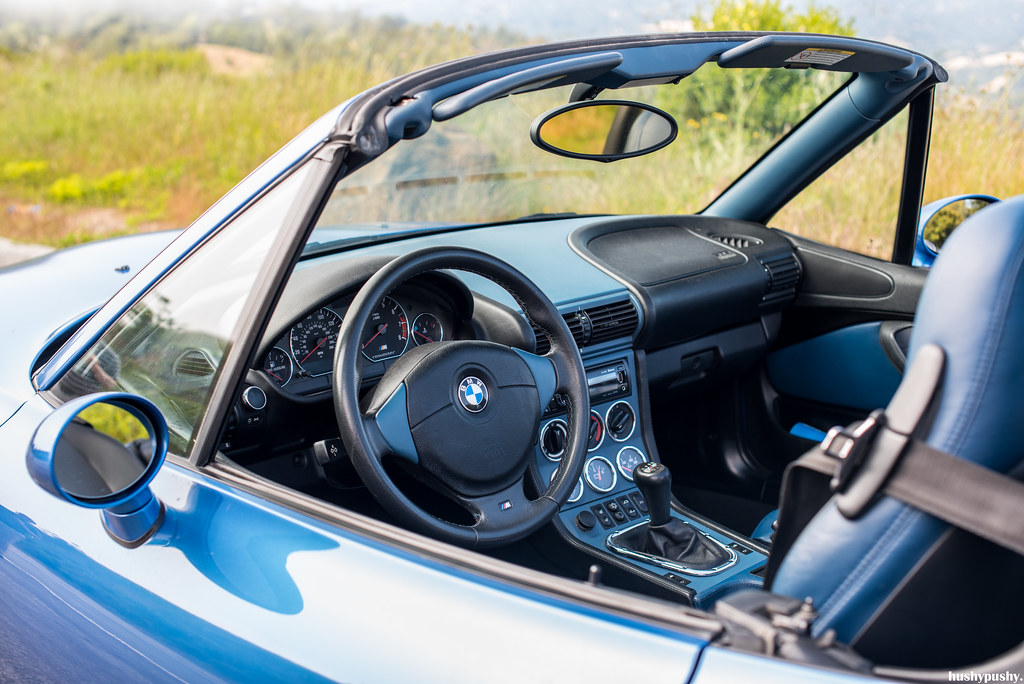 Because I’m not really interested in that story right now. When my friend Brendan picked me up in this roadster on a sunny day, its days of being a forum drama queen became irrelevant. 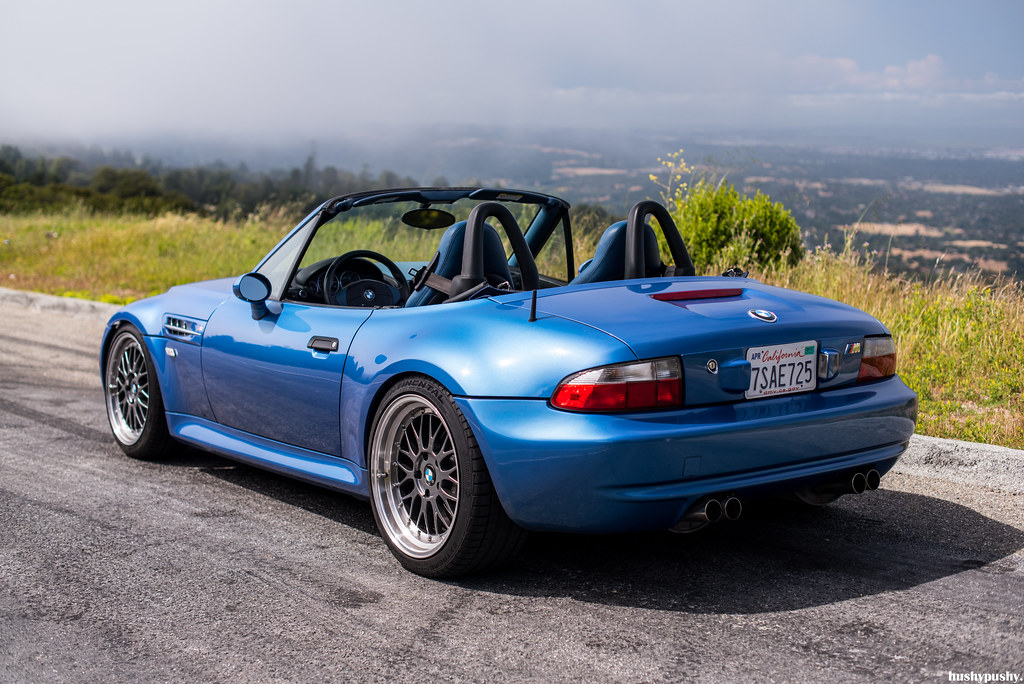 If you’ve been on this site before, you know Brendan as the guy with the Sahara beige 1970 BMW 2800CS. Well, after he lowered it, the front tires then rubbed a bit on the fenders under hard cornering. The owner of the Bent M suggested that he could machine the insides of the front wheels, thus increasing their offset a bit and allowing the wheels to tuck into the fenders. Naturally, a car swap was initiated and Brendan got the keys to this lovely Estoril Blue E36/7 M Roadster. 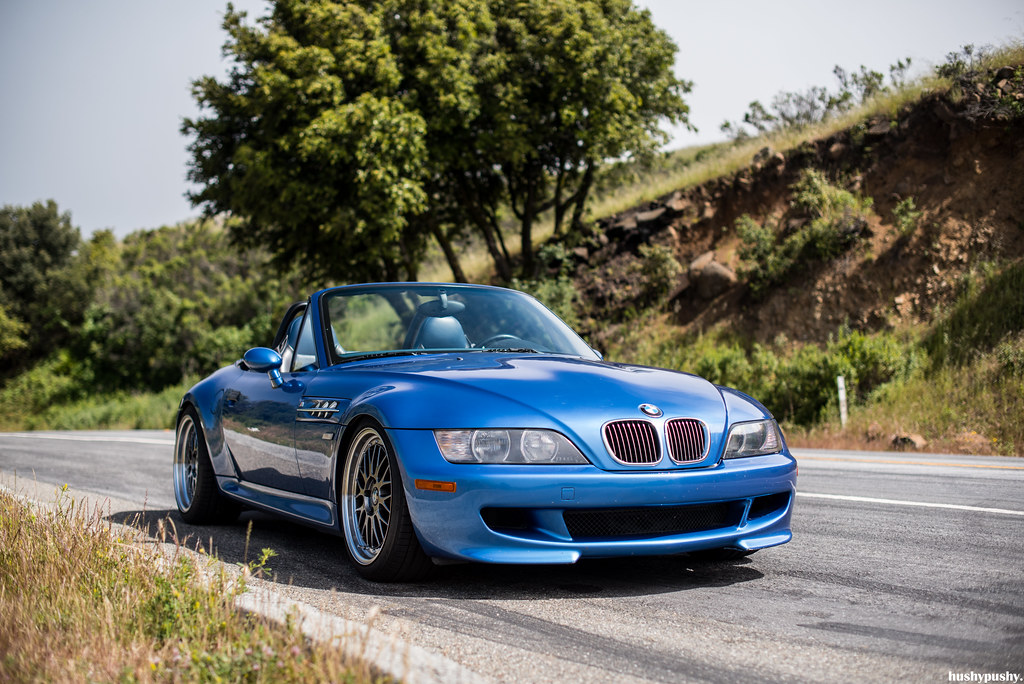 After a brief drive, we ended up at this vista point. As you can see from the first photo of this post, it was very clear when we got there. However, this ridge serves as a barrier for the marine layer that floats in from the ocean. 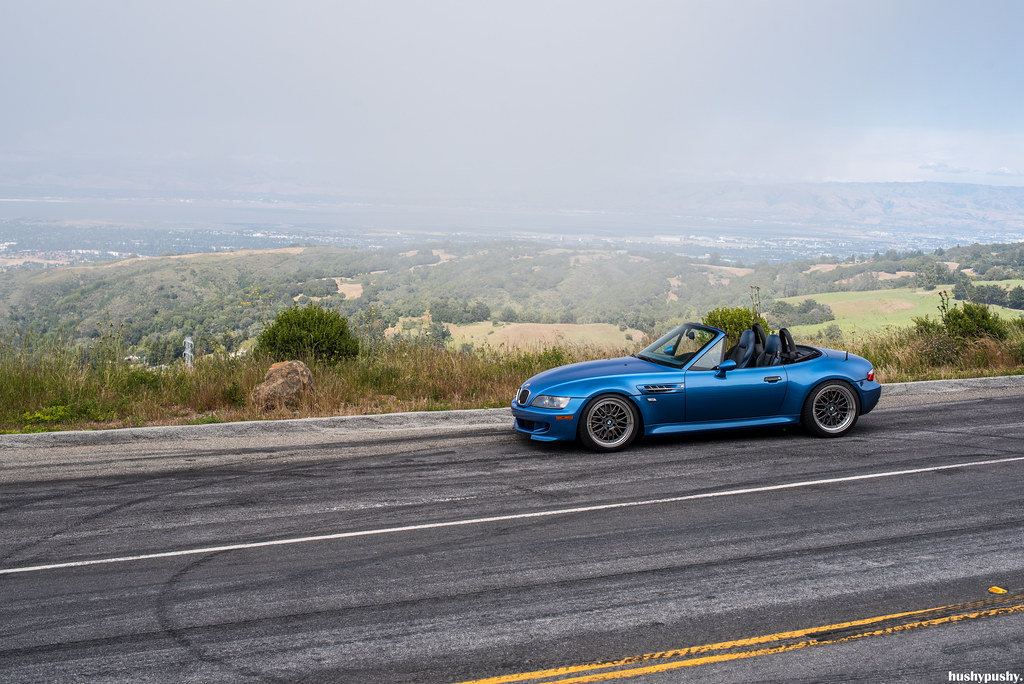 Unfortunately, after a few minutes of shooting, a heavy layer of fog settled right above us. The shot I took just a few seconds after this one was almost completely covered in fog! Oh well, time to head back down the mountain…