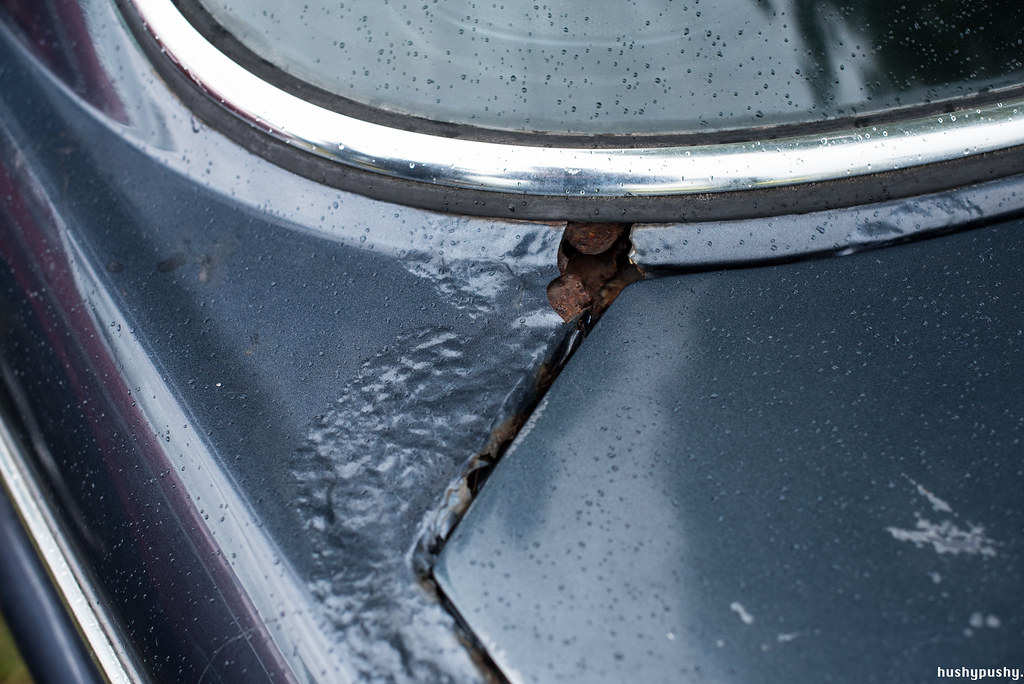 Scholars suggest that the so-called “Iron Age” began around 1200 B.C. This period of human existence was marked by the use of furnaces which enabled smelting (as well as the birth of the phrase, “He who smelt it, dealt it”), which in turned enabled the production of steel. 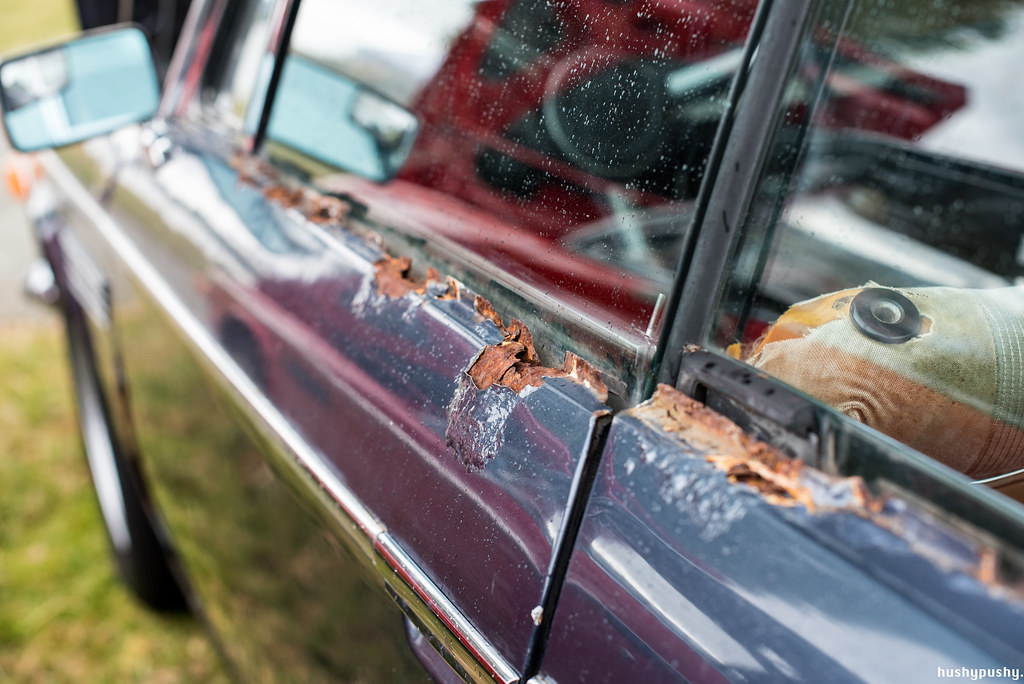 That means that rusty metal has existed for well over 3,000 years, although it clearly took people a while to understand it. One of the most pivotal technologies in that regard is galvanization, a protective zinc coating that staves off oxidation. There are several theories on who invented it and when, but concrete evidence shows it was patented in France in 1837. However, it would still be about 150 years from that point to when the galvanization of car bodies would become commonplace. 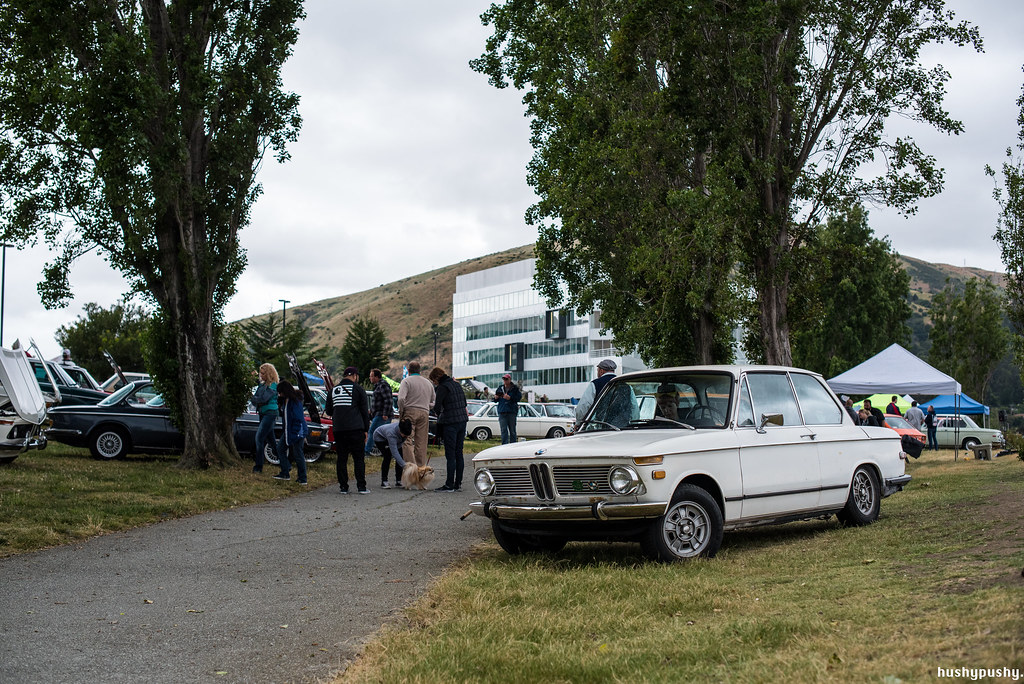 Last week these thoughts were booming in my mind, because wet weather was coinciding with a meet that specifically catered to cars created from non-galvanized steel. How many would show up? 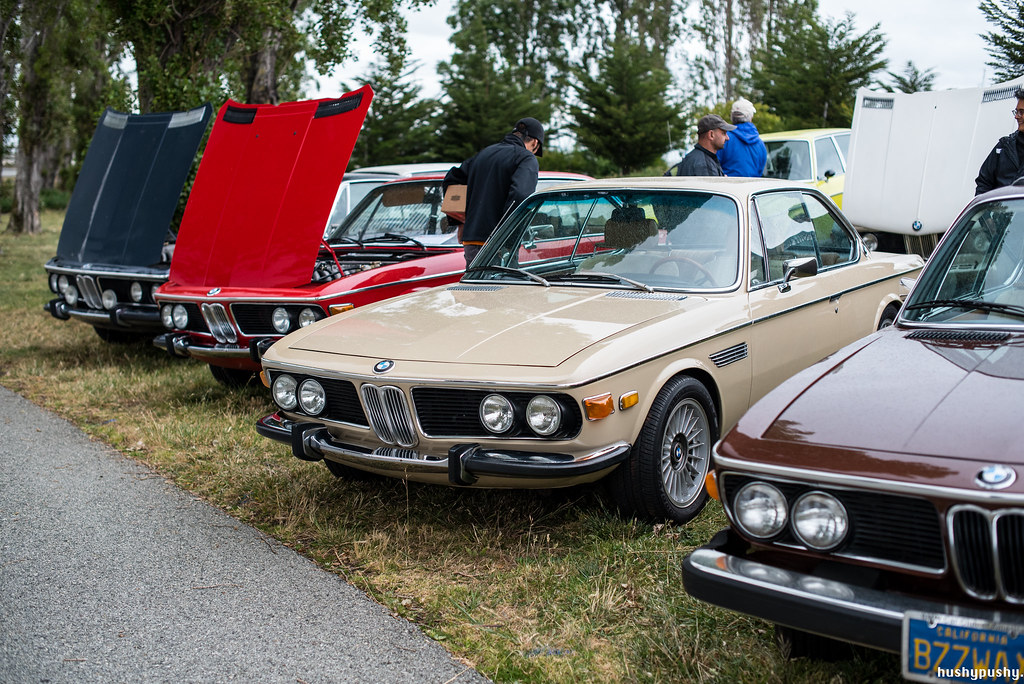 Thankfully, the turnout was robust. My buddy Brendan doesn’t even wash his 1970 2800CS for fear of water being trapped in the body, so would he make a wet drive to park in the rain? A few calls were made, and when everyone confirmed they were bringing theirs, he decided to come out too. 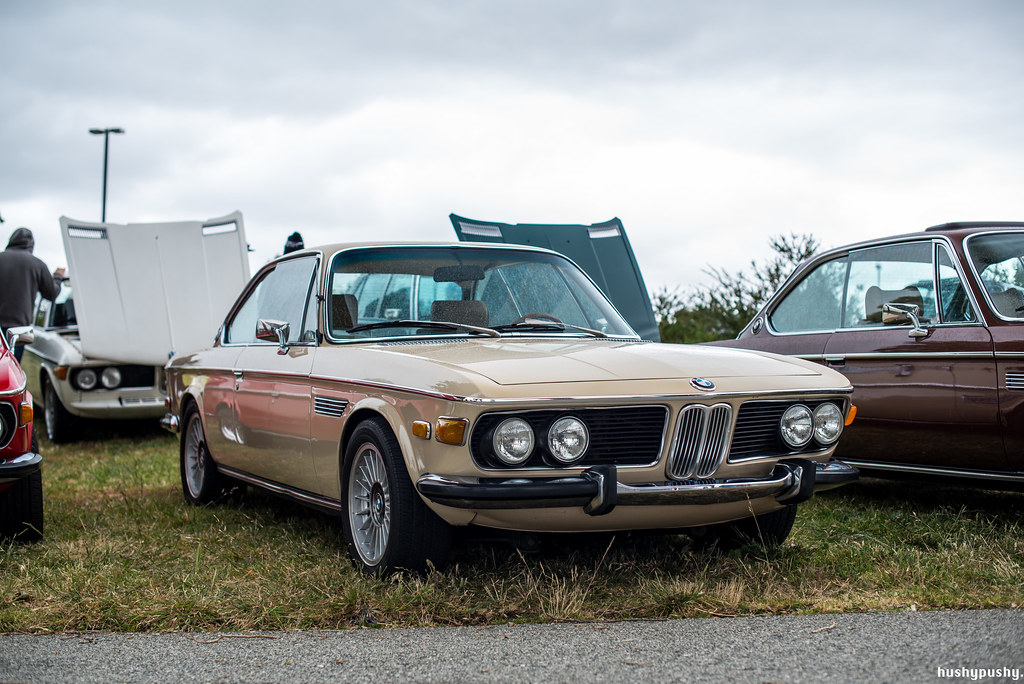 And I’m definitely glad they came out! I know it was a 2002 meet, but I was mostly interested in seeing the E3/E9 chassis cars. 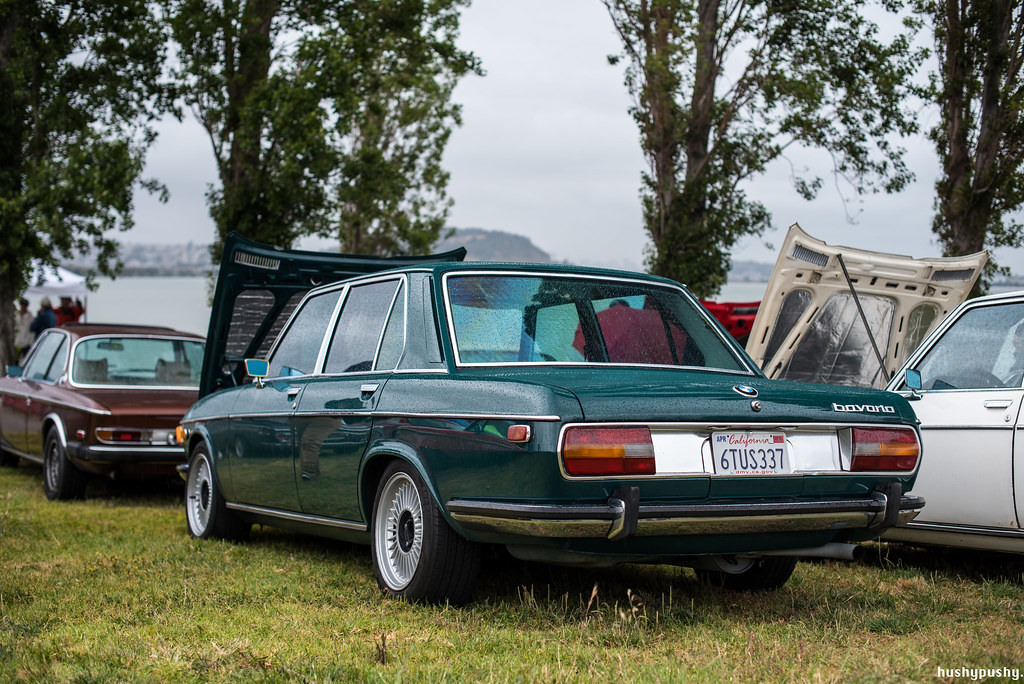 There’s something about the design of these cars that just works. 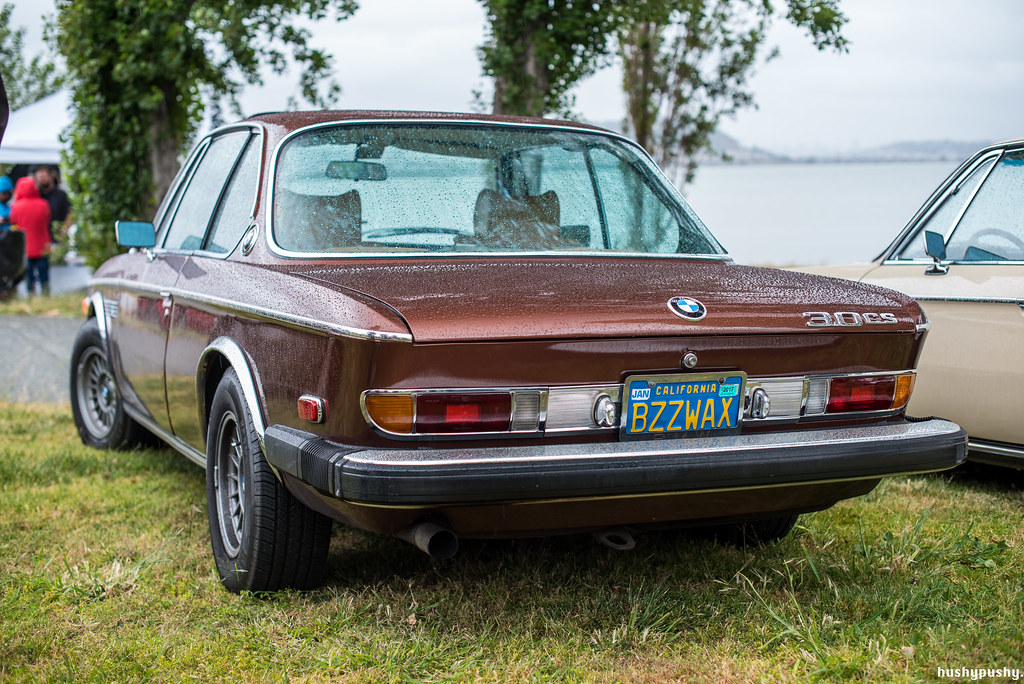 But man, I feel sorry for the US-spec MY74 and MY75 cars, which came with these ugly rubberized impact bumpers. 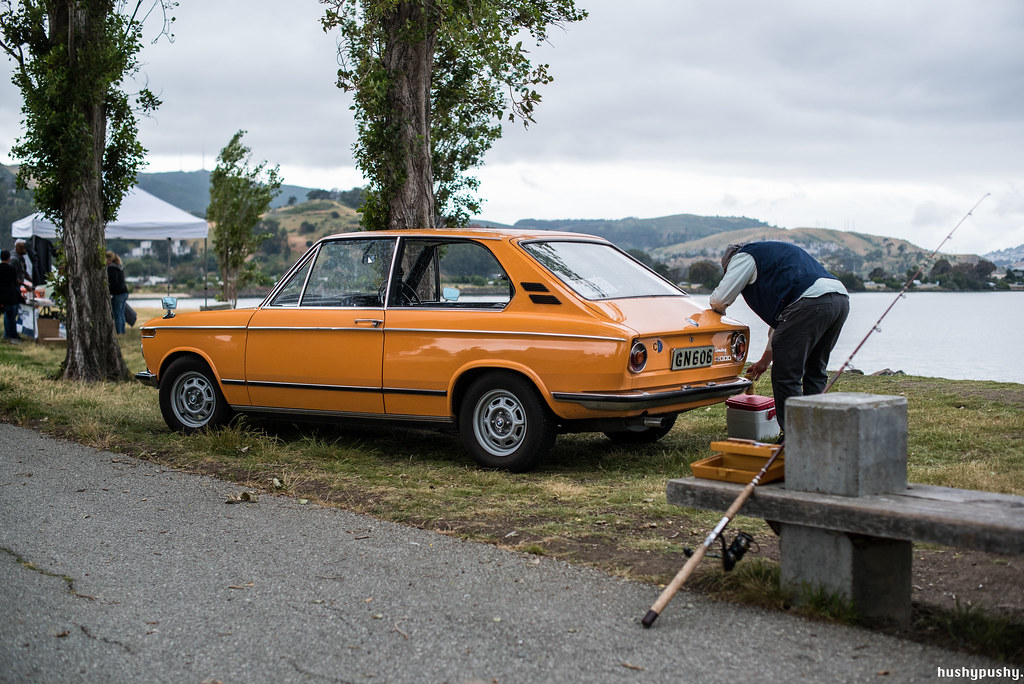 There were even a handful of Neue Klasse cars that weren’t 2002’s; this 2000 Touring, for example. 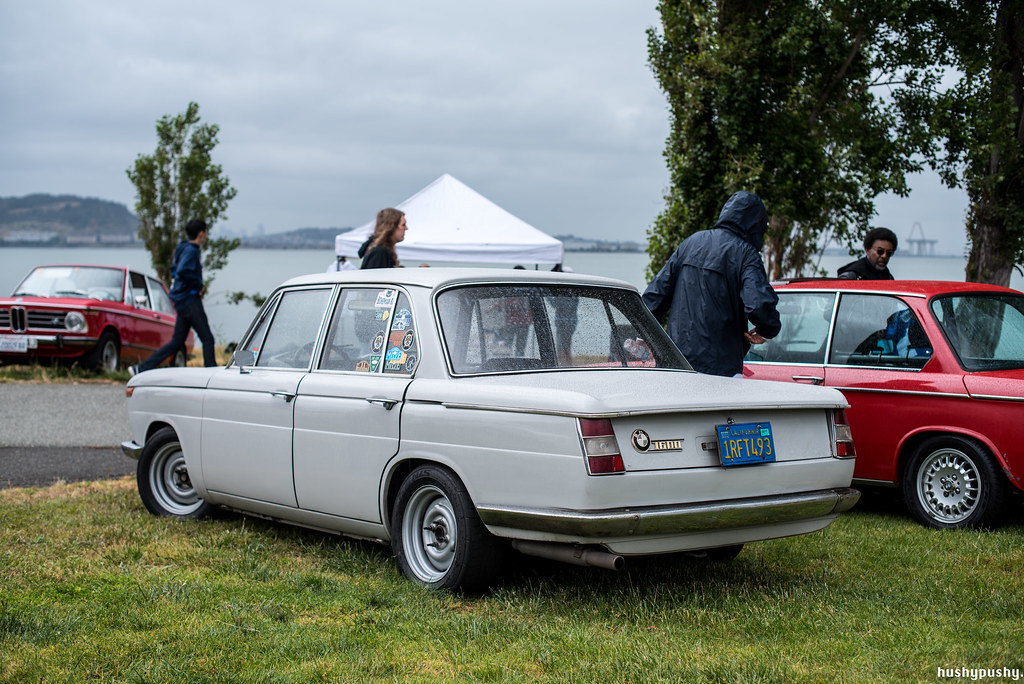 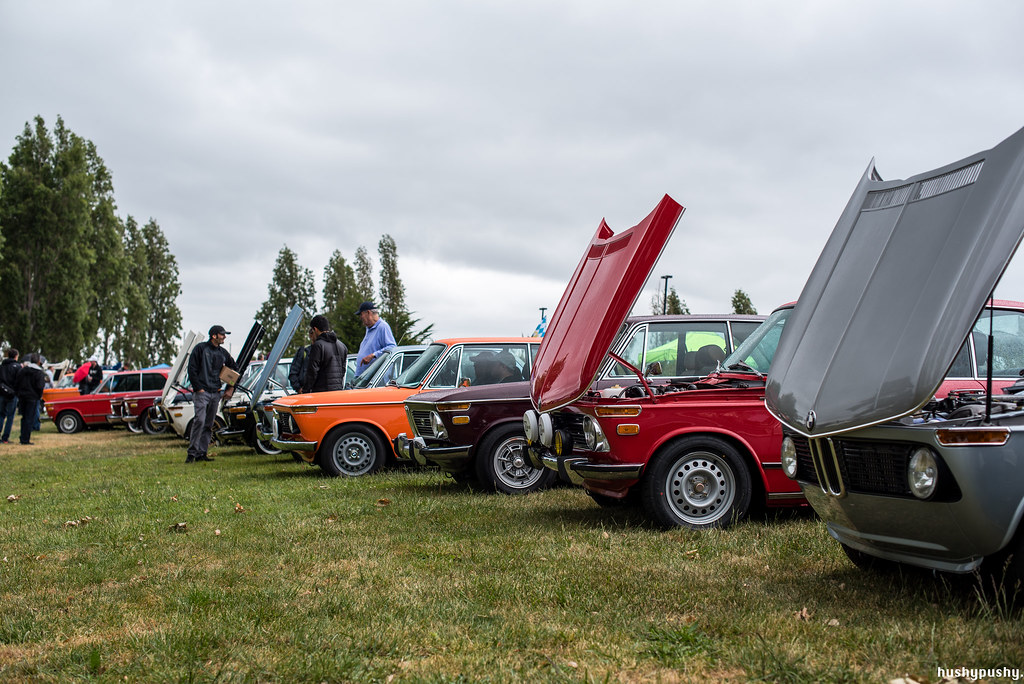 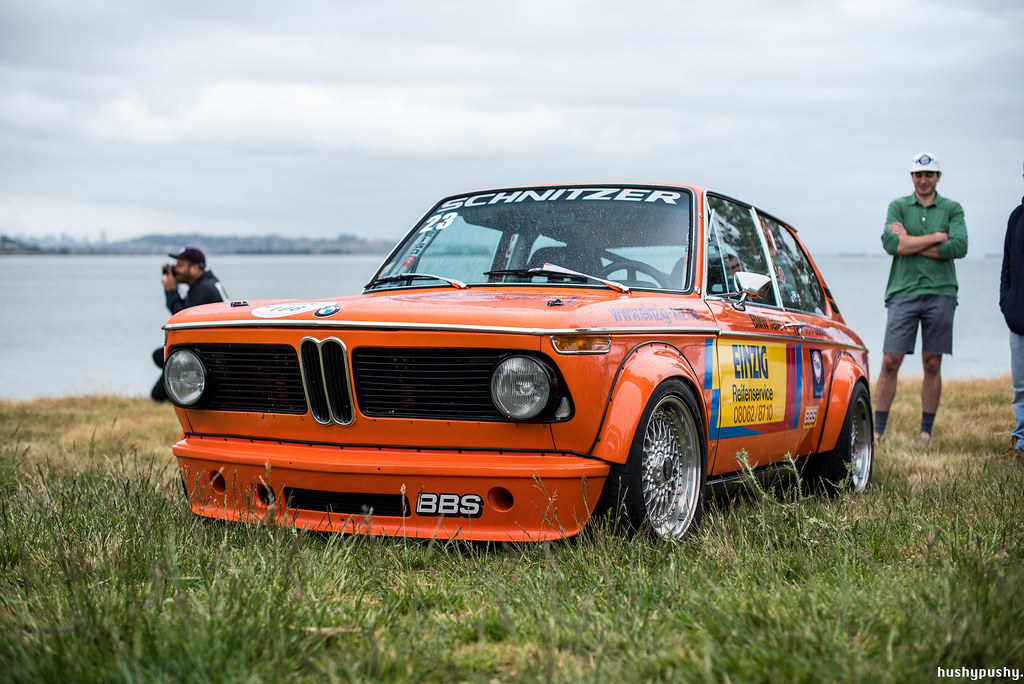 There were the track-spec cars, with several types of flares and air dams on display. From a bolt-on “old school” look… 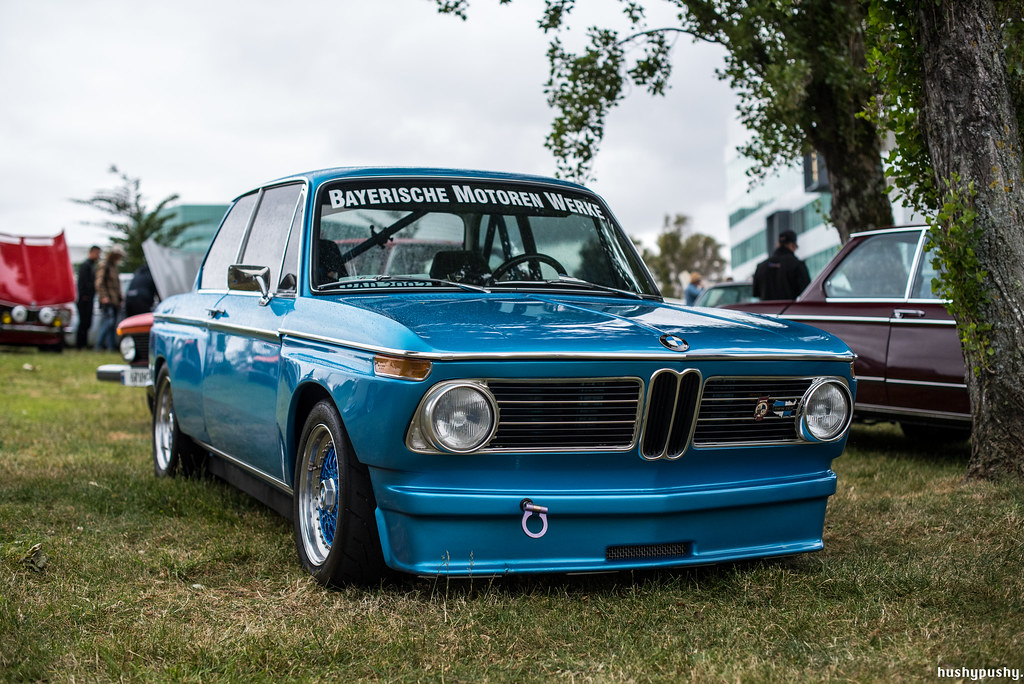 …to this modern, fully blended interpretation. 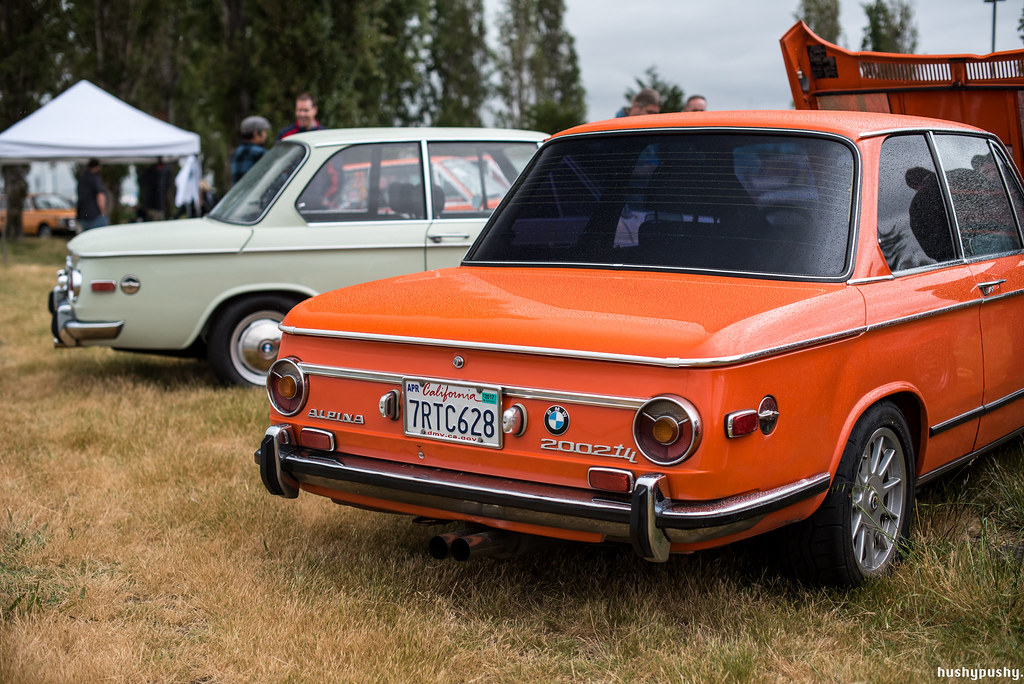 Of course, early cars had slim steel bumpers and round tail lights. 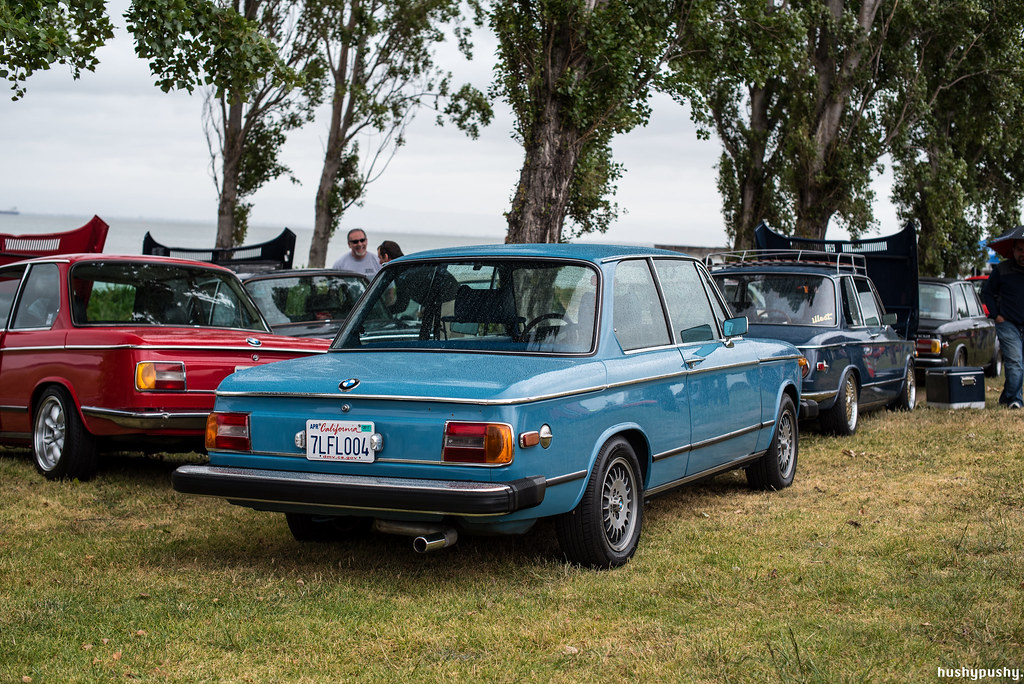 That transitioned into square lights, and we in the USA were saddled with hideous impact bumpers. 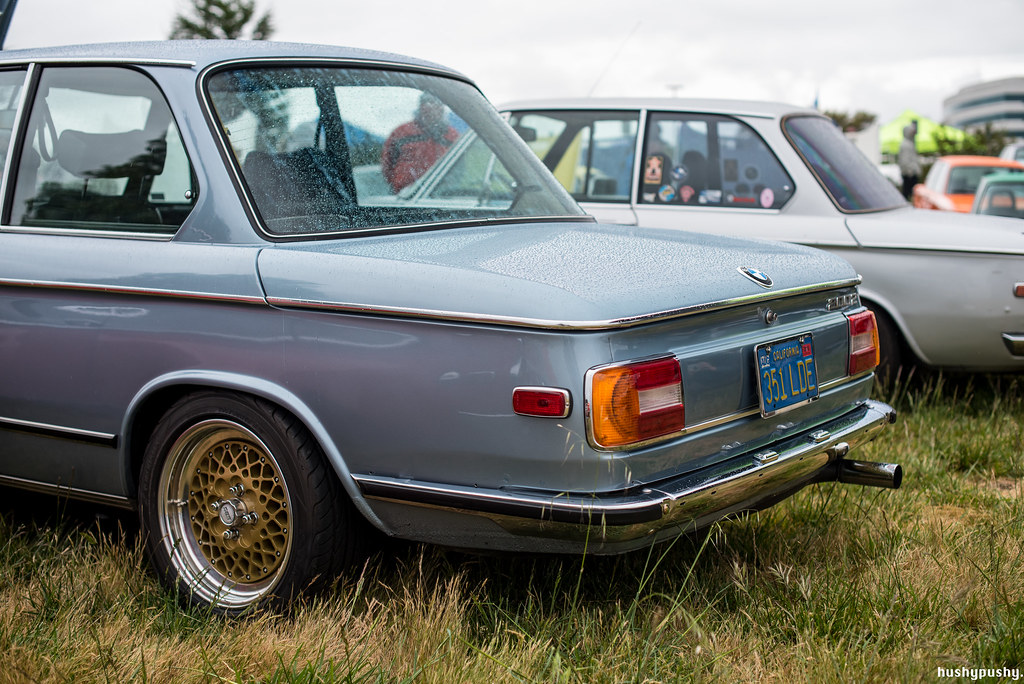 But in the rest of the world? They maintained the slim bumpers, which are a popular upgrade on these shores. 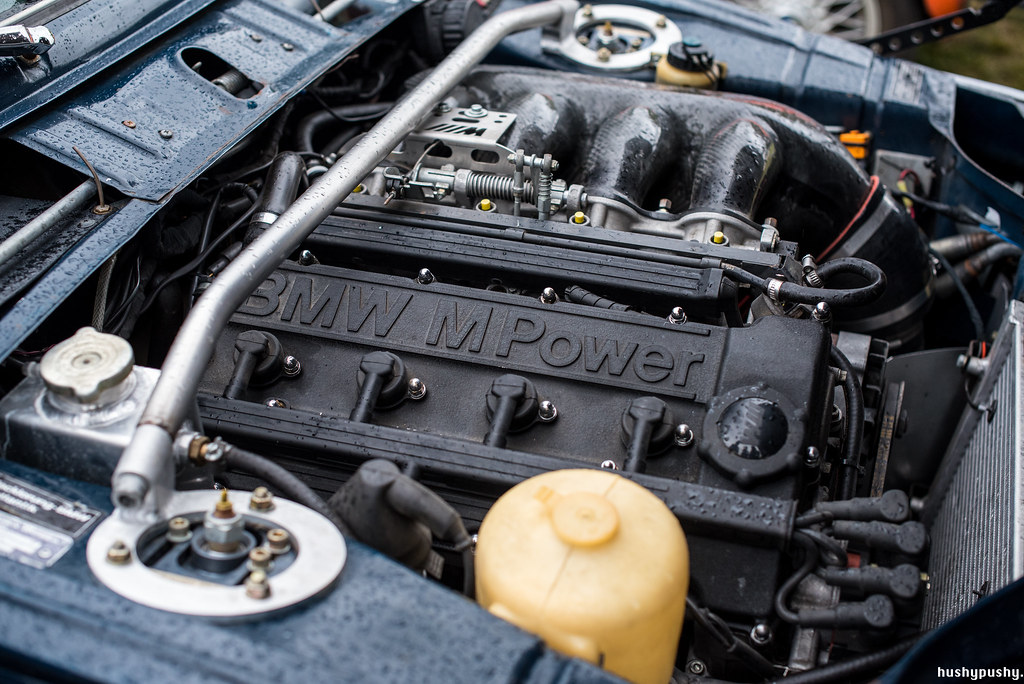 As you might expect from a smog-exempt chassis, engine swaps are very common. This particular 2002 had a 2.3L S14 out of an E30 M3, along with a bevy of carbon fiber parts like the intake plenum and even the hood. 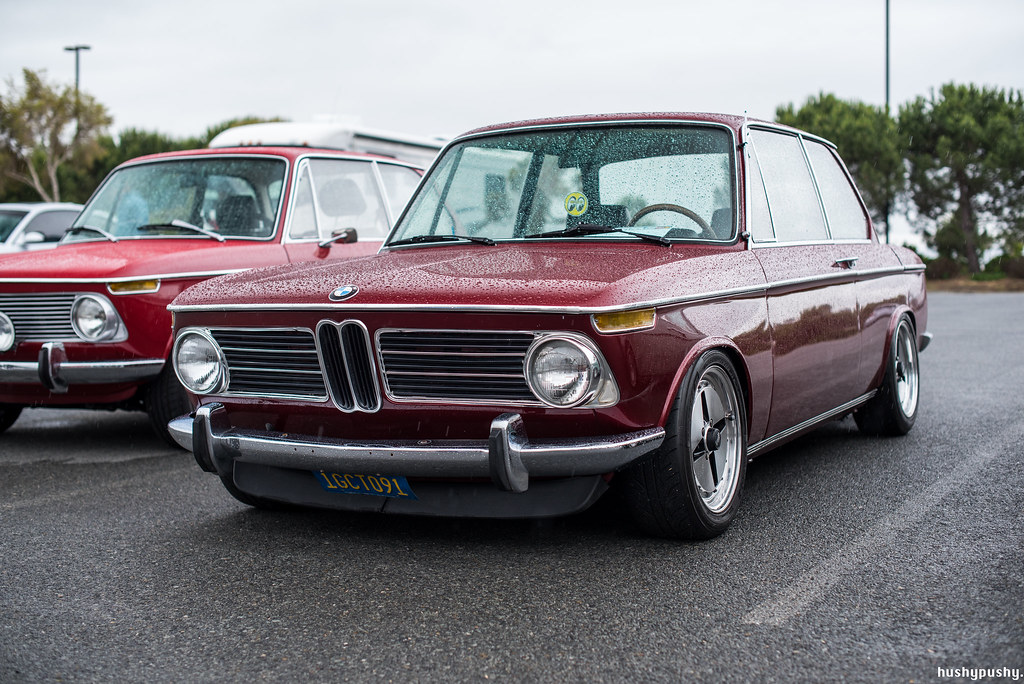 I was definitely attracted to this low example fitted with Work Equip 02’s. Am I the only one who likes the pun of having a BMW “oh two” on Work Equip “oh two” wheels? 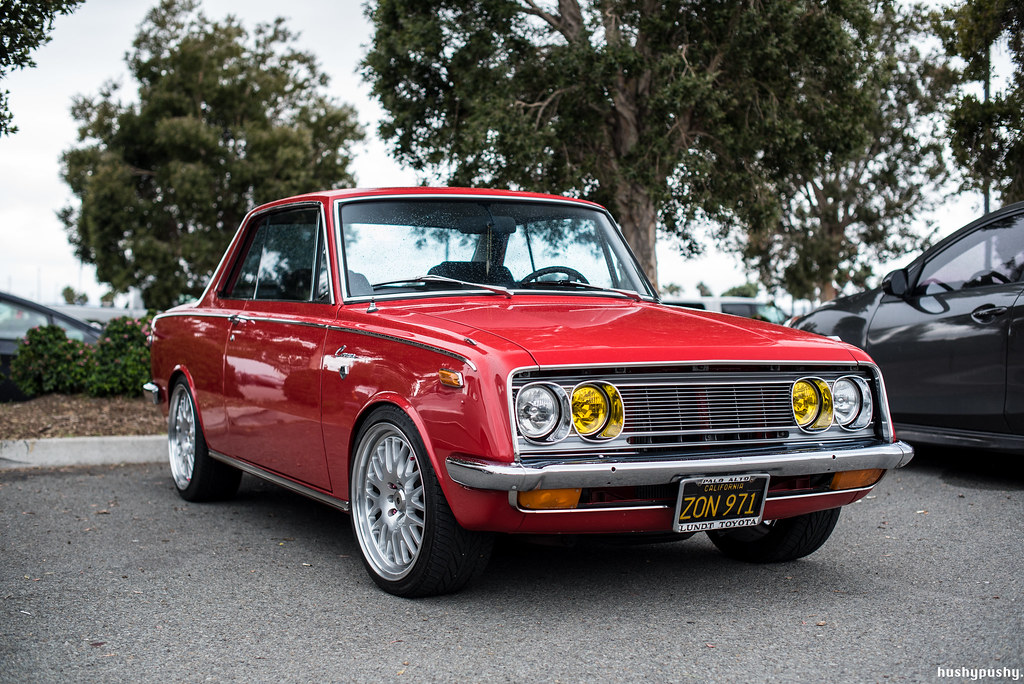 Unsurprisingly, the spectator parking lot was just as entertaining as the show itself. This 1969 Toyota Corona was awesome, and I even liked it on the big wheels. 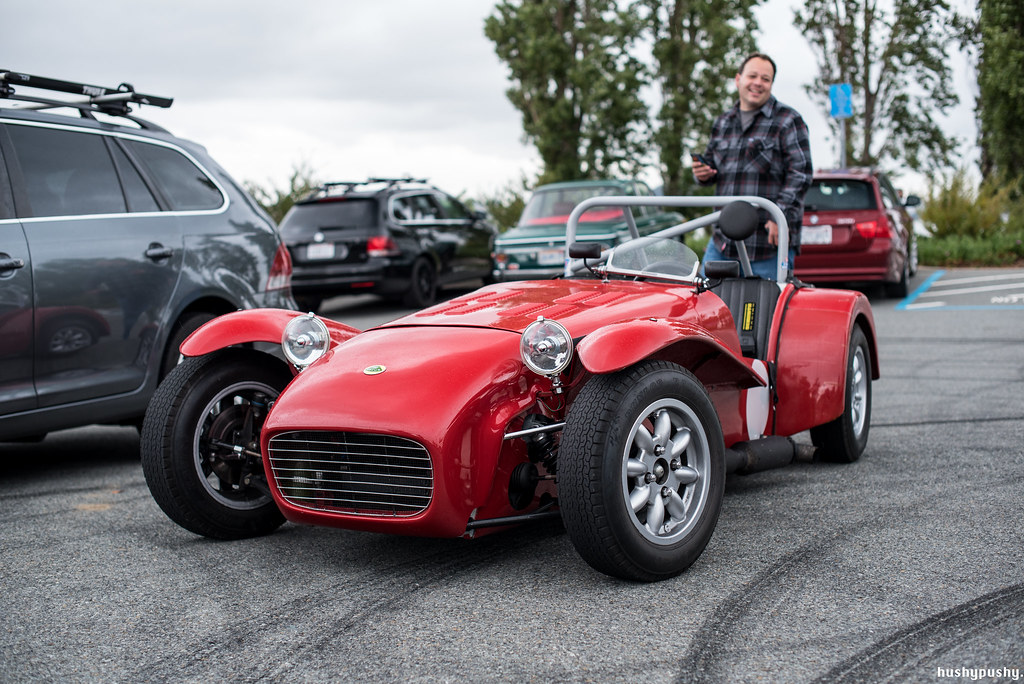 I finally got to meet Geoff Wise; I’d photographed his car at a Canepa Cars & Coffee and chatted with him on TCL, but never actually talked in person. Pretty cool that his Lotus Super Seven was featured on Petrolicious–even cooler that he drove this old school, bias-ply shod roadster on a rainy morning! 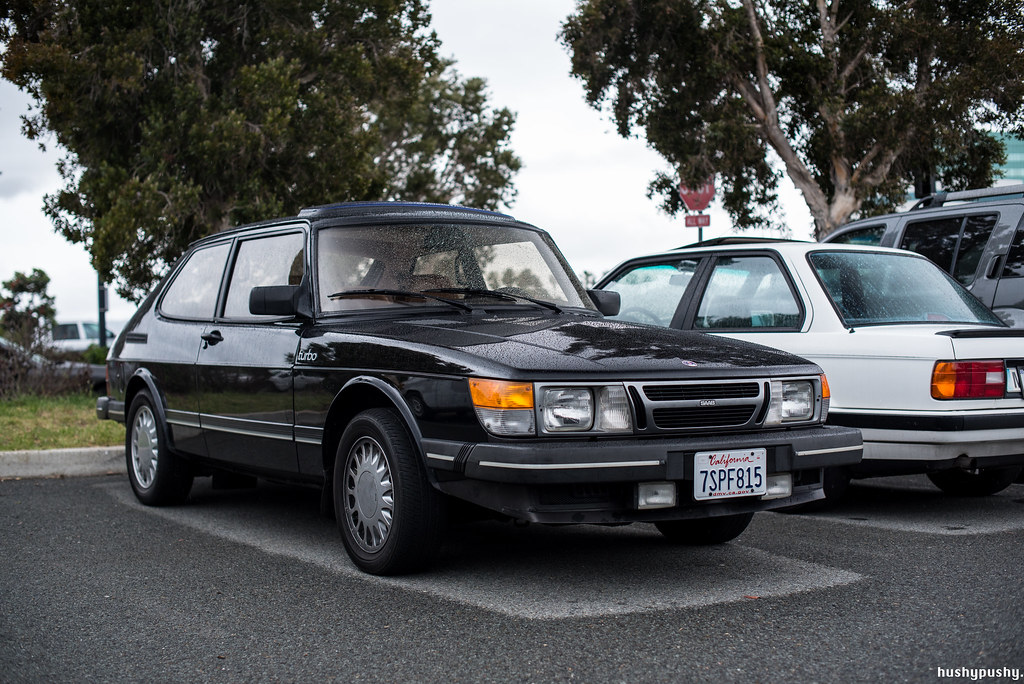 This Saab 900 Turbo was super clean. I’ve always thought these were cool, probably because this is what my mom drove when I was growing up. She bought a brand new 1987 Saab 900S while she was pregnant with me. With a 5-speed manual transmission, of course. 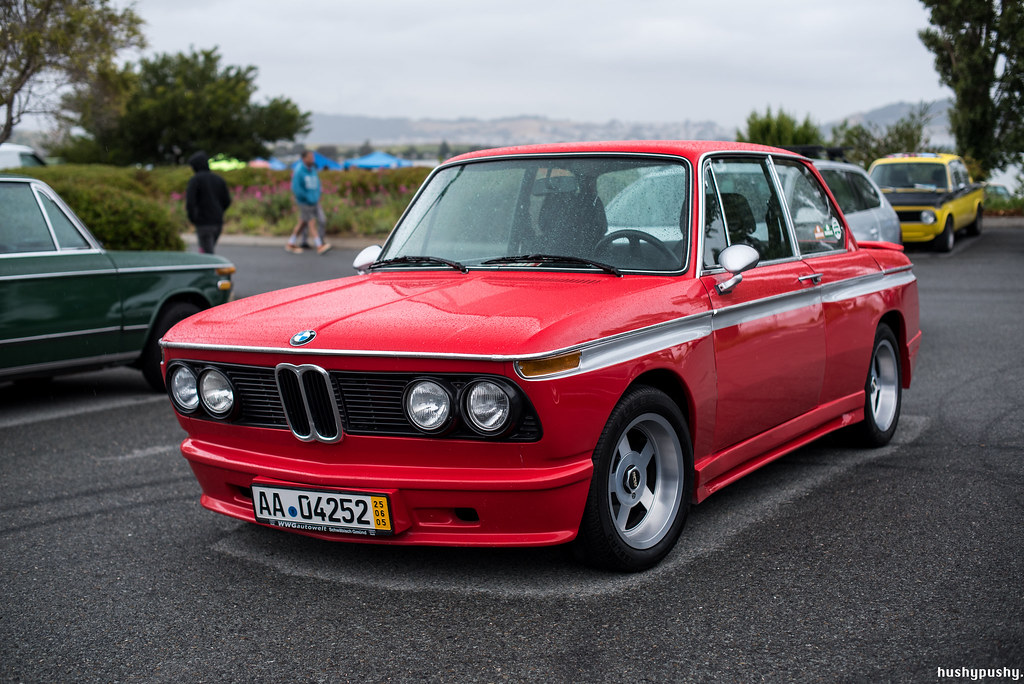 Guys with a two-light car want to convert to four-light, and guys with four-light cars like going to two-lights; so goes the “grass is greener” syndrome. But I actually thought this setup looked pretty good and gave a glimpse into a bygone era of tuning. 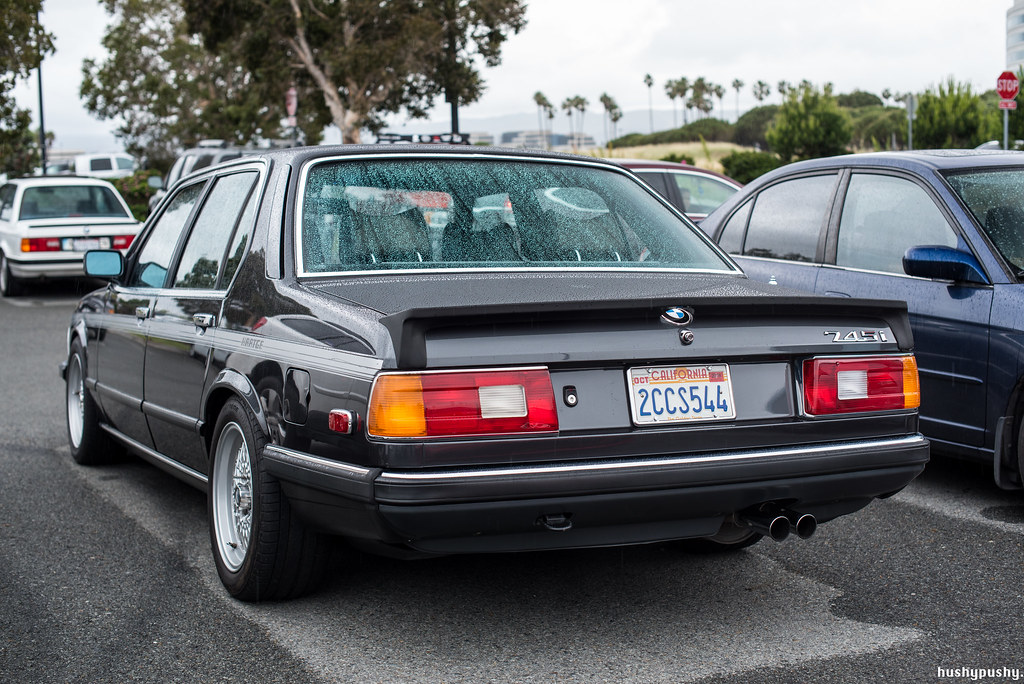 On that note, how about this Euro-spec Hartge E23 745i? Judging by the sunset plates, this one was imported back in the 80s. 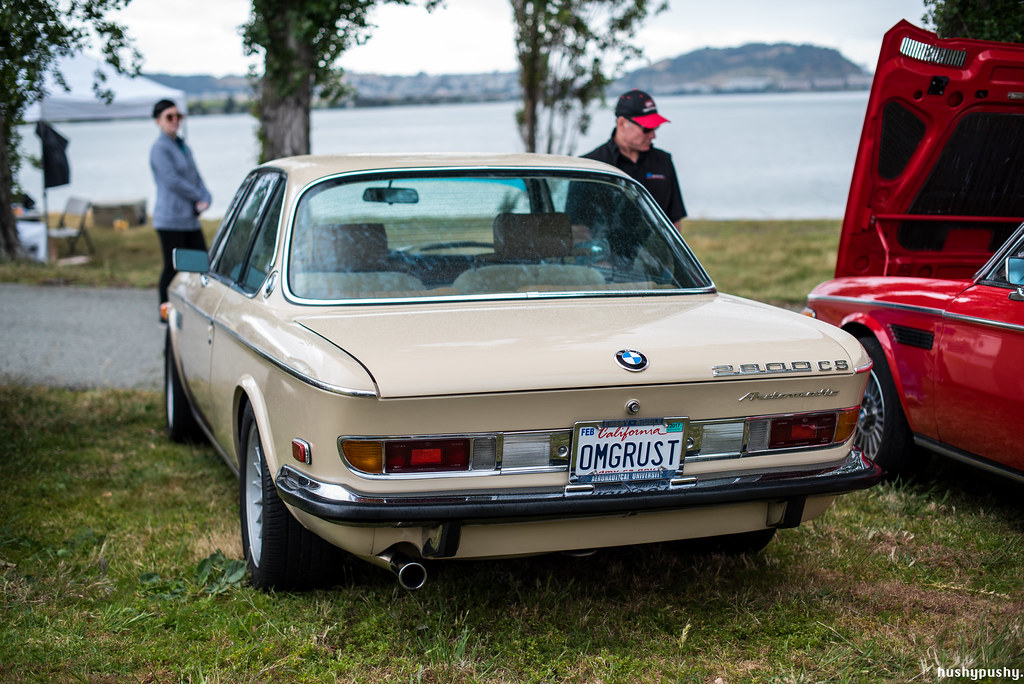 OMG! RUST! Yup, that pretty much sums it up.