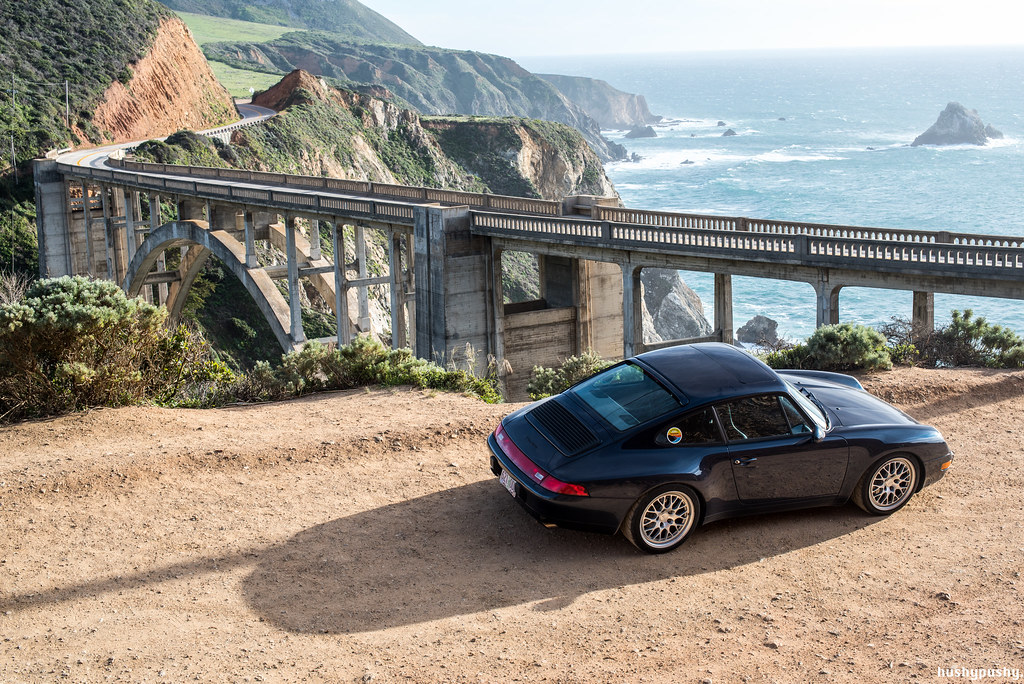 I’m pretty proud of that photo. I usually don’t like to talk about my own work (mainly because I feel that it has a long way to go), but I think this photo is a real zinger.

Nice composition full of top-notch elements; an iconic bridge, the beautiful California coastline and a beautiful Porsche 911. The only real downside to this photo is the shadow of the giant pole in front of the car, which I could possibly Photoshop out, but prefer to leave intact for some reason. 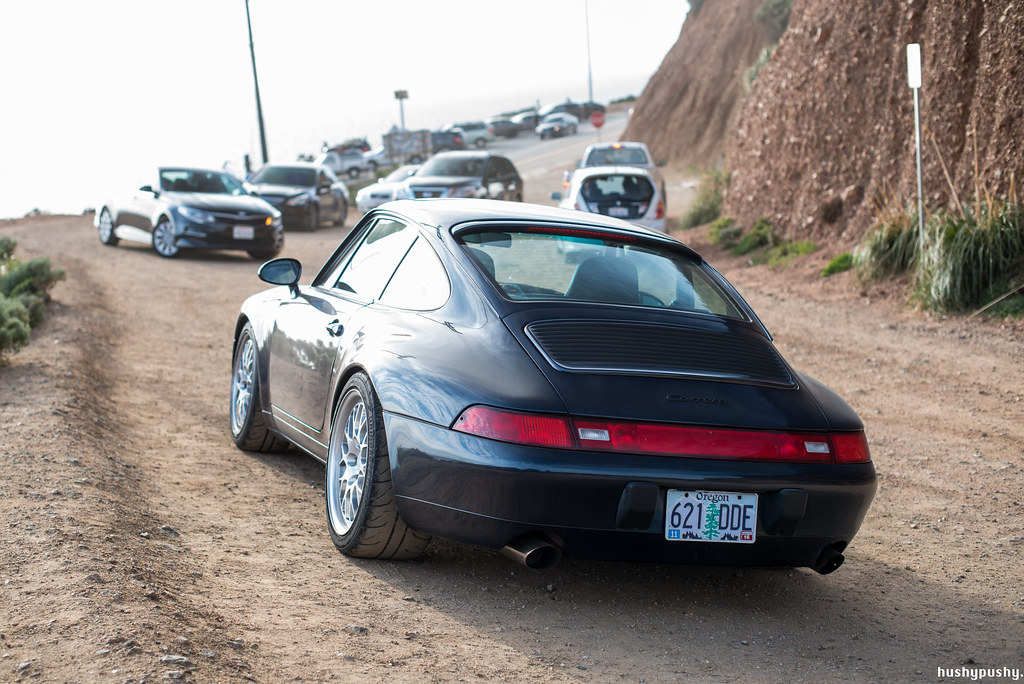 I had to wait a while for that shot. Bixby Bridge is a pretty touristy spot, and there were dozens of cars parked not far away. 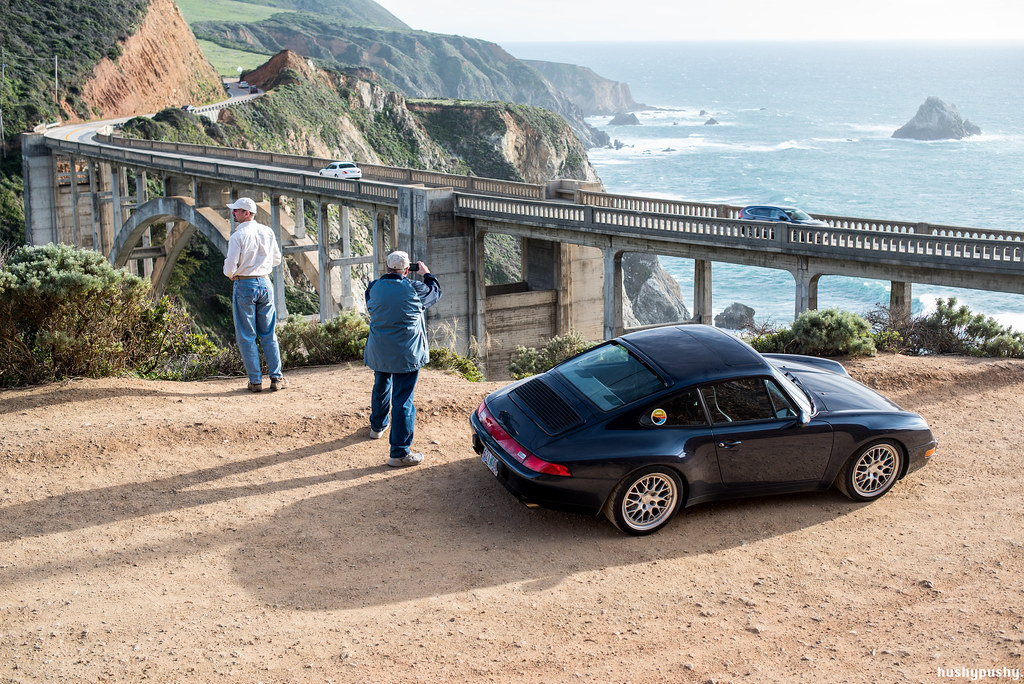 While I was waiting, the shadows were a bit more mellow due to the roving marine layer providing diffused light here and there. In my head I kept shouting “hurry the hell up!” while knowing full well that these old farts had as much right to be standing there snapping as I had to be clinging on 15 feet up a rock wall waiting for them.

The “real” photo ended up with a bit harsher light due to more direct sun, but then again that means the image has more contrast, which is probably a good thing. The only downside is that the pole’s shadow is stronger. Then again, I kind of like the horizontal element of that shadow for some reason.

And here’s a bonus snap of my chariot from while I was waiting for those dudes to move. 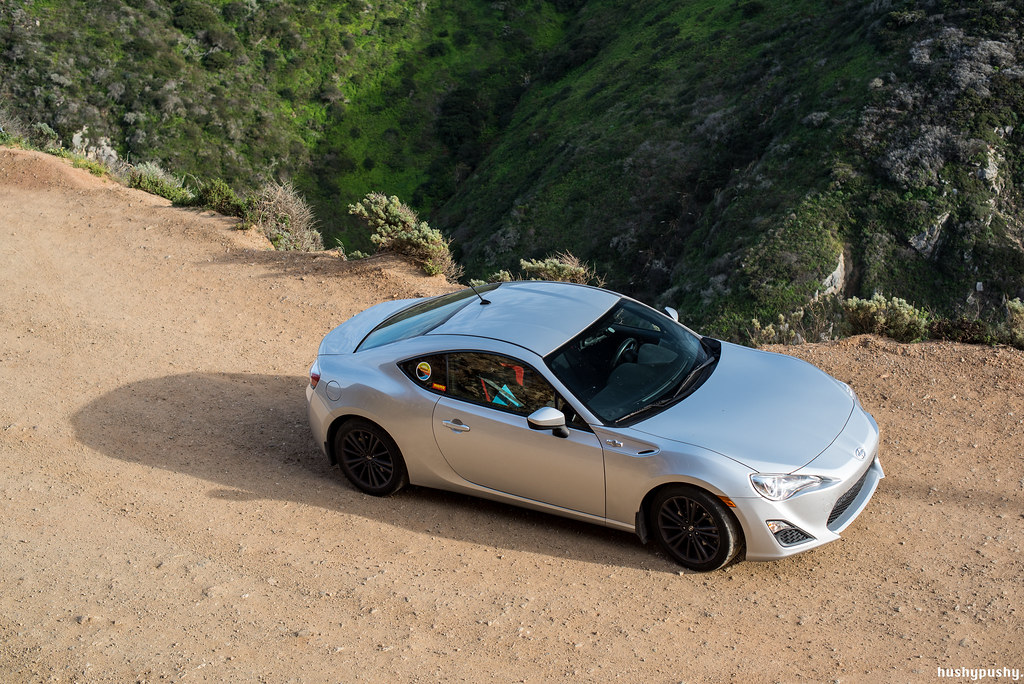