“You did it! Congratulations! World’s Best Cup of Coffee!”

Remember that line from the movie Elf? Will Ferrell (as an elf) is walking down the street and he sees a diner with a sign in the window that says “World’s Best Cup of Coffee”, which causes him to run inside and make that proclamation. Of course, the joke is that people (or is it only Americans?) use the term “World’s Best” to advertise all sorts of products, which Will Ferrell (as an elf) had no concept of.

But for each type of product that exists, there has to be something that’s “the best”. So when it comes to a hotly debated subject such as sandwiches, everybody has their opinion.

Well, here’s mine: The Ace of Sandwiches, located in Palo Alto, is my pick for “best sandwiches”. Certainly in Palo Alto, at least. Maybe in California. Maybe in the world! If there’s a better sandwich out there, I’d like to try it. 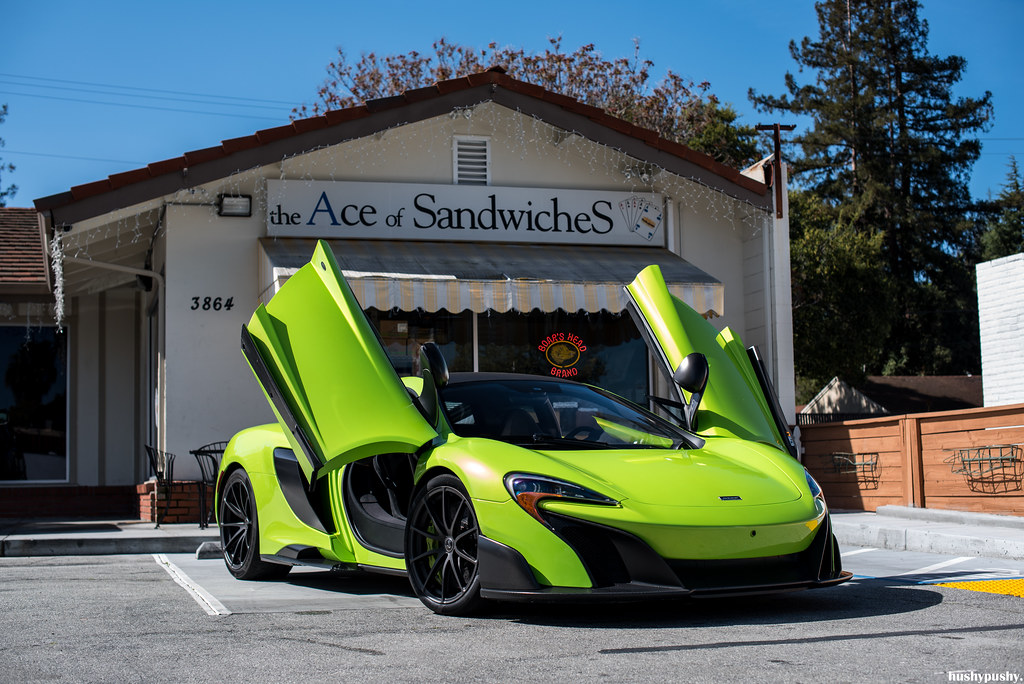 Since it’s right down the street from where I work, I’m a frequent customer. They recently redid the layout of their parking lot, leaving a huge space right out front. And it’s always vacant, because it’s a handicapped parking spot. Every time I go there, a vision of a particular shot appears in my head. One sunny day, I said to myself, I’ll get a brightly colored car, park it right in front of the store, and take a sweet snap of it.

Well, last week, I did. And it came out just like I had imagined! Perhaps this is the beginning of some sort of series?