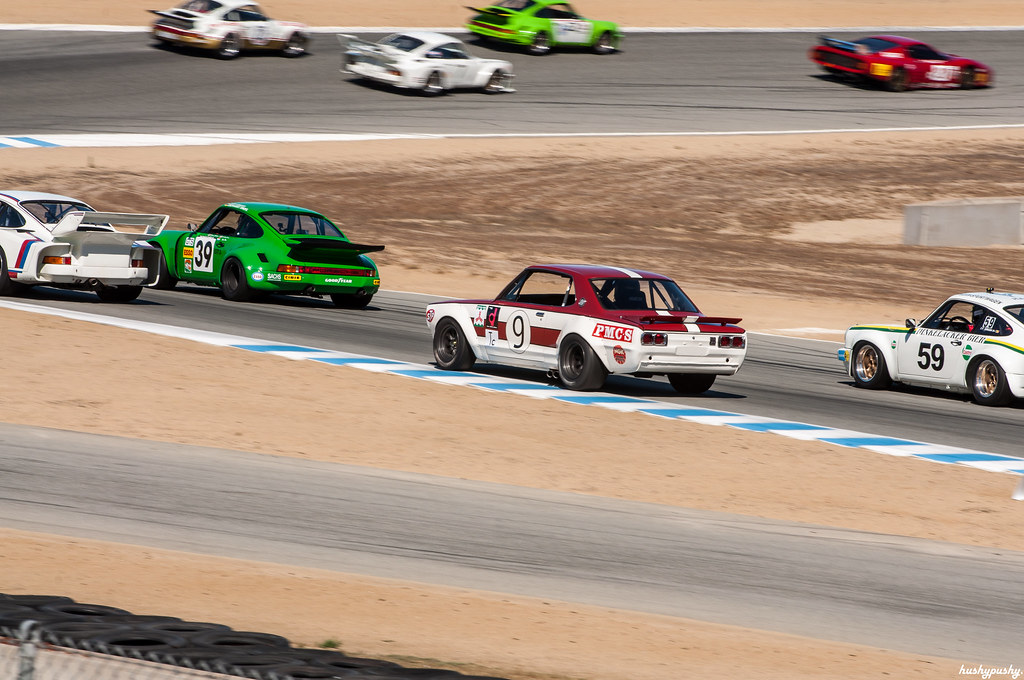 On a day filled with an impressive array of wonderful racing cars spanning the history of motorsport, it was in a class dominated by 911’s that one car spoke to me: a hakosuka (ハコスカ) Nissan Skyline in the classic PMC-S livery. 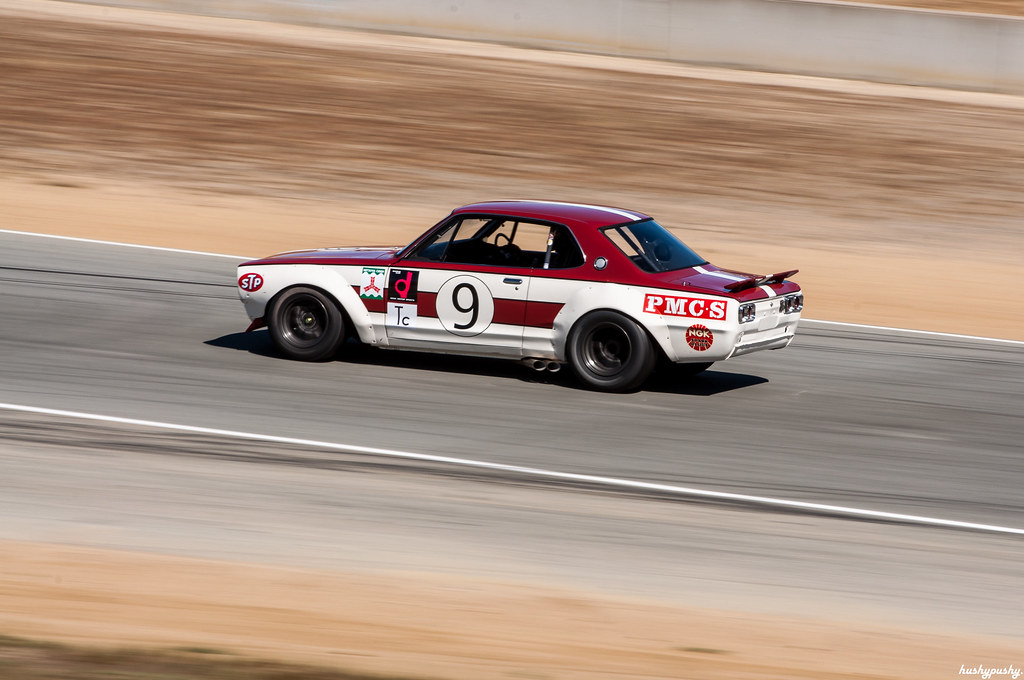 It was certainly love at first sight…everything about it was perfect. 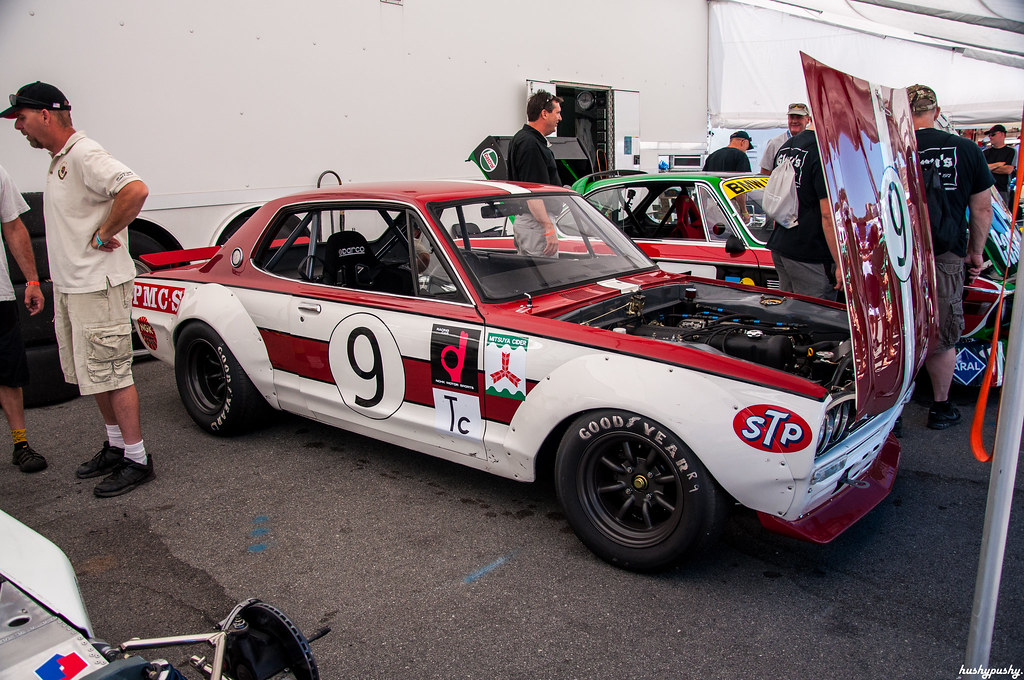 As soon as the session was over I had to find it in the paddock. I perused until I found it next to an amazing BMW CSL…more on that in a bit. 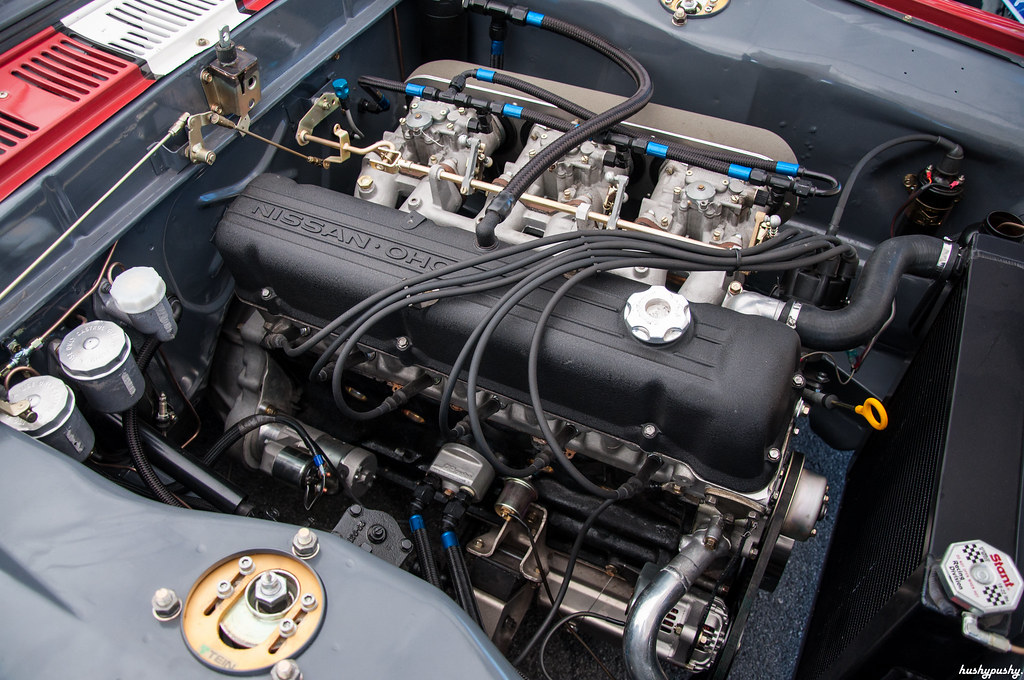 Inside the spotless engine bay is a Rebello-built L28. Yes, I know this is a photo of the “funny side” of this engine. 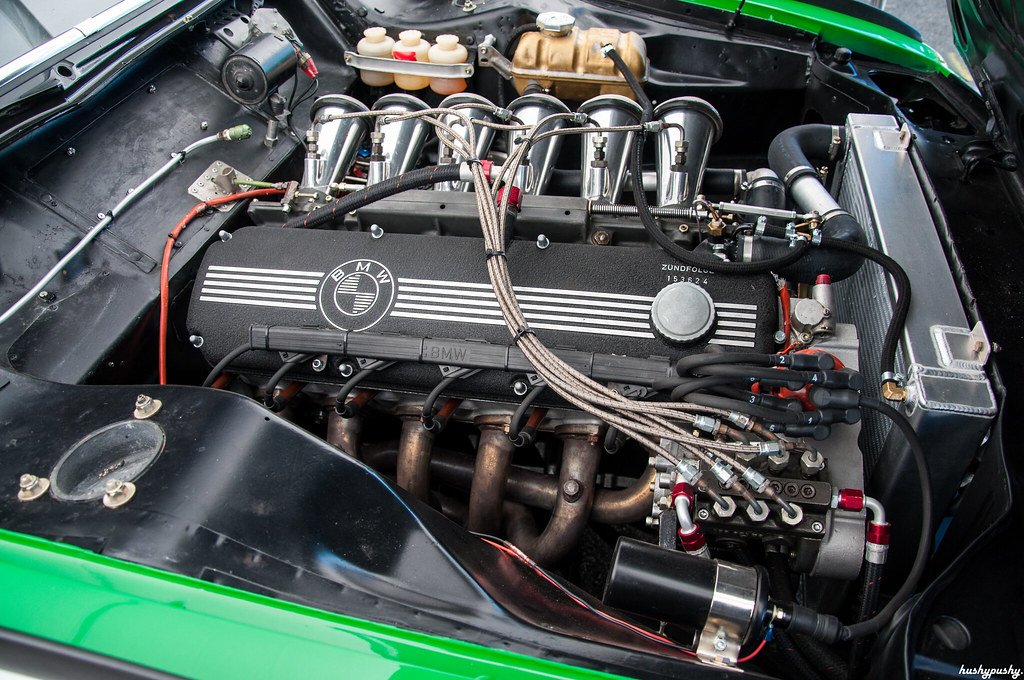 The CSL is also carrying a straight-six, but this one has a bit more, ahem, modern crossflow design. When you’re at the Monterey Historics, a phrase that comes up a lot is “the actual car”. Well, this 1973 BMW CSL, Luigi Chassis #001, is the actual car that won the 1976 European Touring Car Championship with that burly 3.2L M30 under the hood. 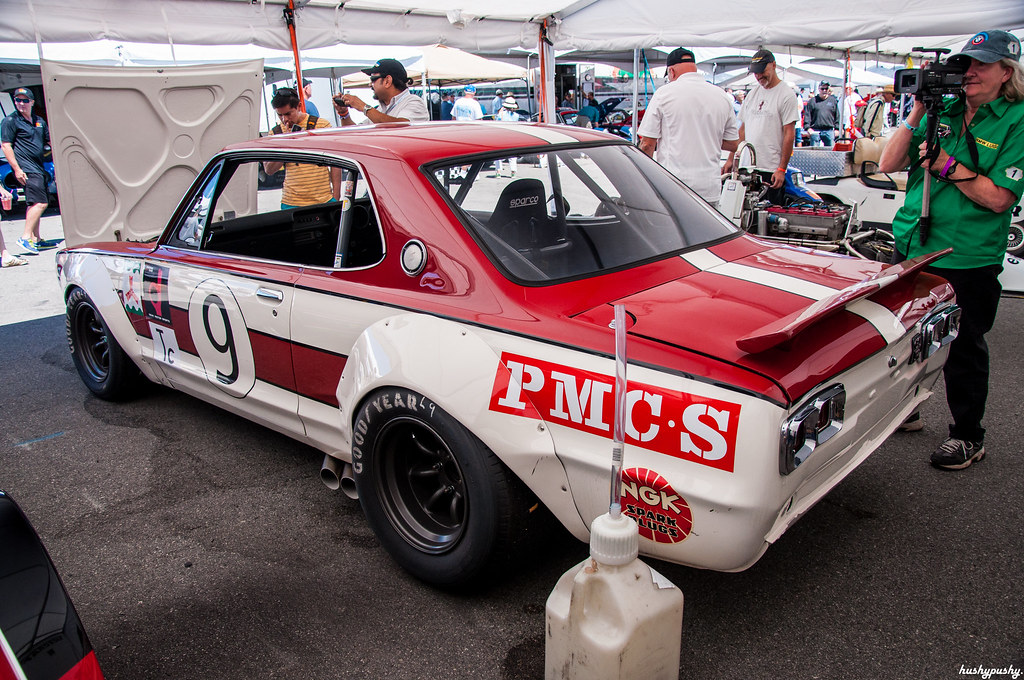 This generation of Skyline has always had beautiful lines, and in my opinion looks best with proper round wheel arches and tacked-on flares, preferably housing wide sticky tires. By the way, what is that lady filming so intently? And that familiar nasal voice… 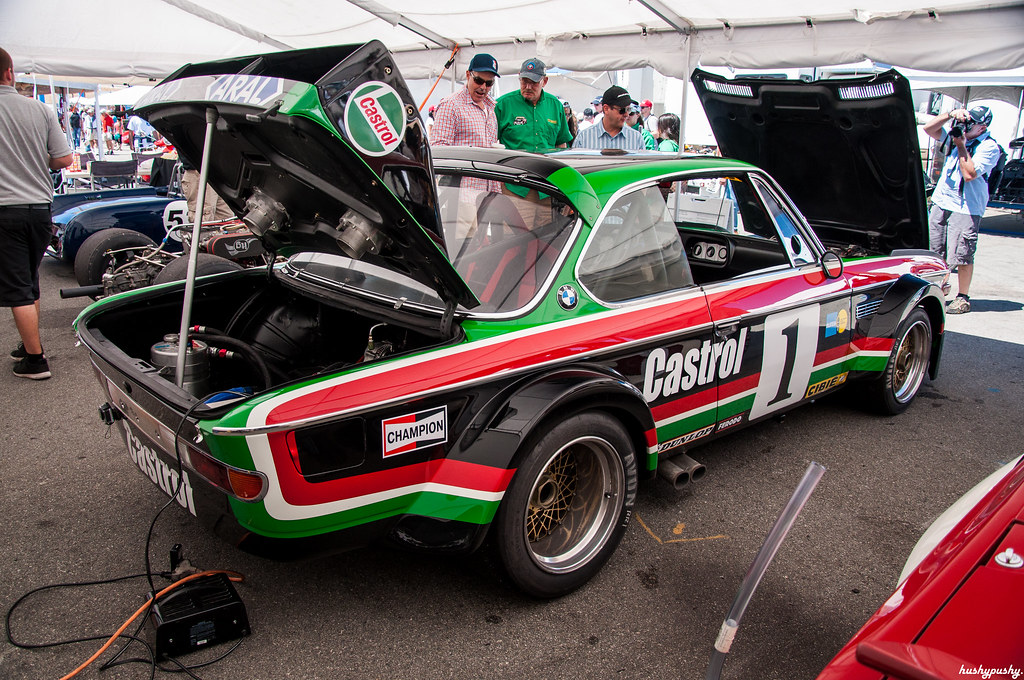 Oh hey, it’s Adam Carolla, out here to race his “Zee-car” (as he said) but in the meantime he was taking the chance to browse the selection of rare machinery on hand in the paddock and chat with other owners and drivers. Anyway, note the period-correct flares, livery, and aero on the CSL. In fact, besides modern safety equipment it was restored to the same spec as it was when it won the 1976 European Touring Car Championship at the hands of Jean Xencheval and Pierre Dieudonne. 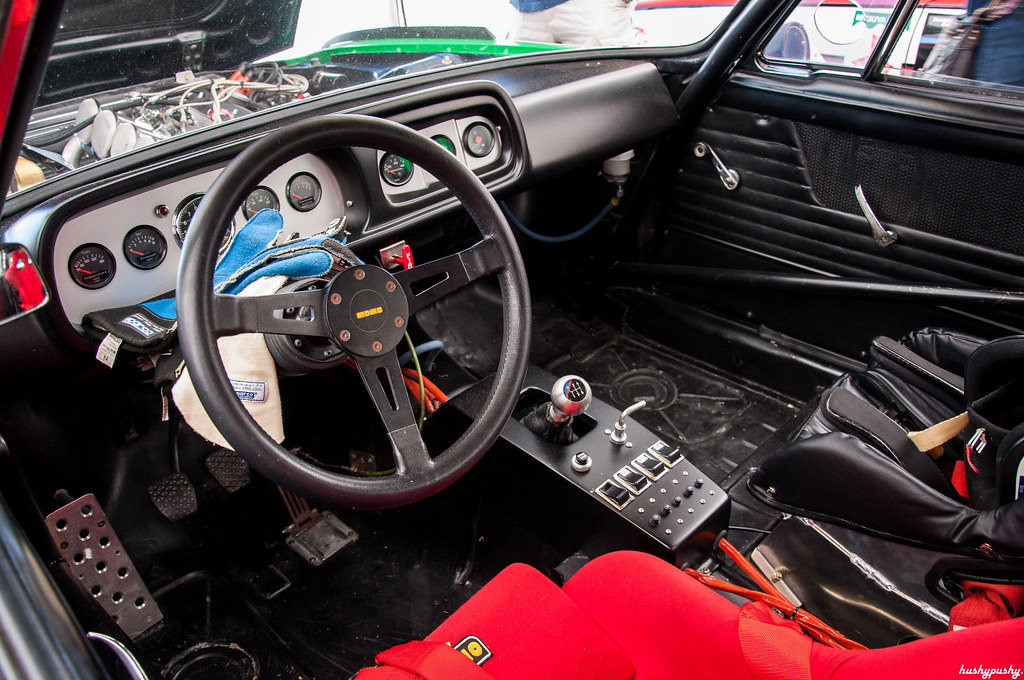 One thing that always makes me smile in vintage race cars is the existence of door panels and OEM window winders. 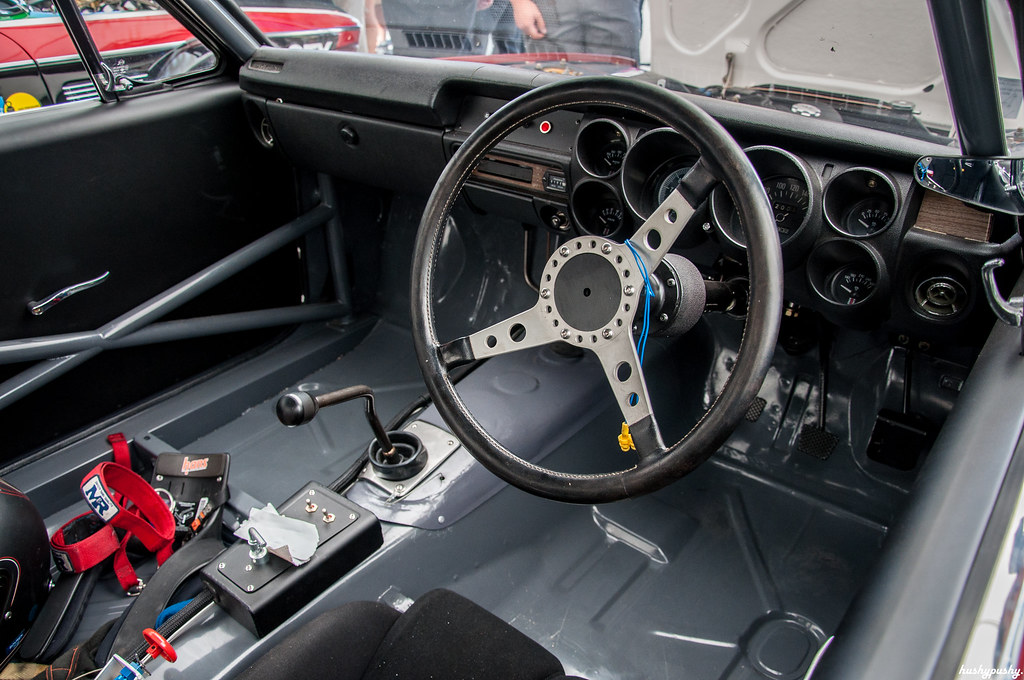 Or how about the OEM dials and dash, complete with woodgrain? Looks to be a very nicely done roll cage in there too. 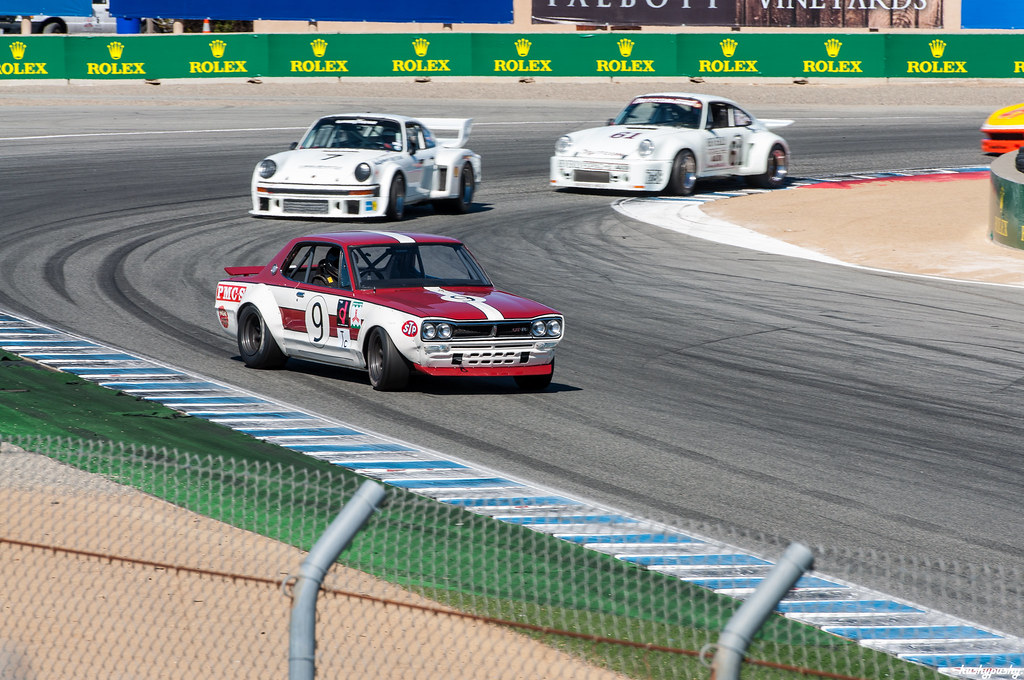 Fear not my friends, they were driven in anger–at the limit and occasionally beyond. Long live boxy coupés. 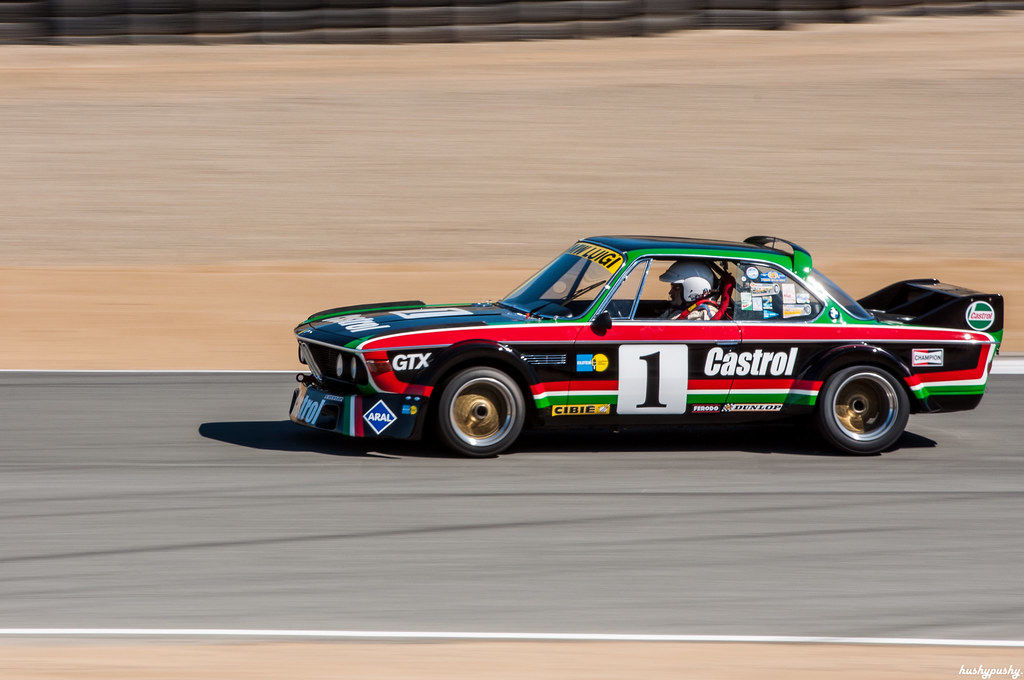 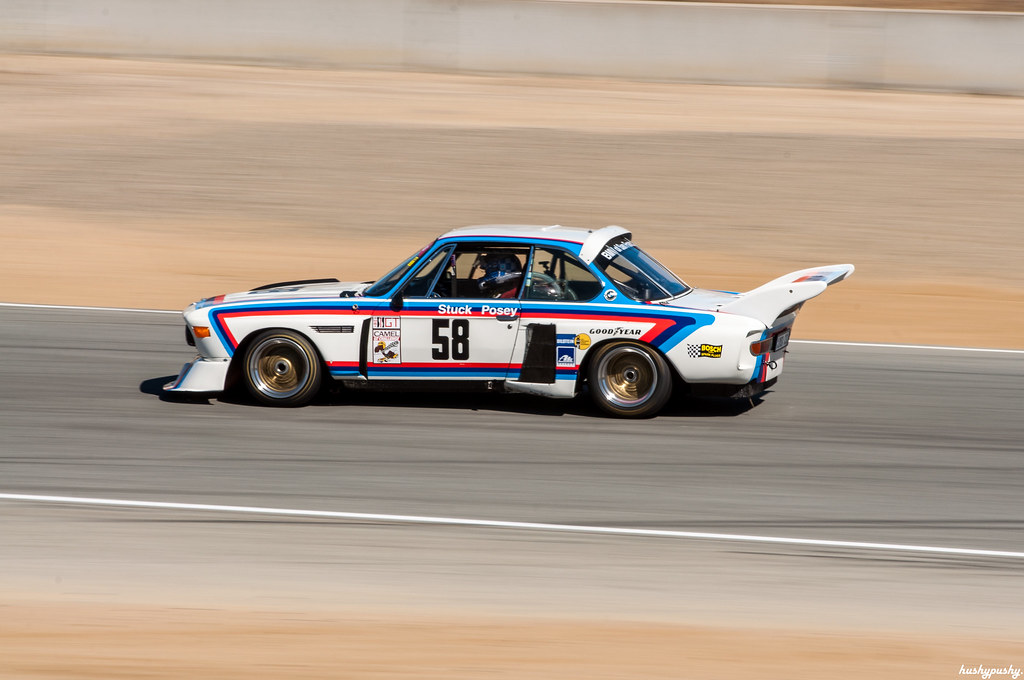 Nothing subtle about that. I love how the fender vents/grilles are retained on the box flares. Let’s go racing!