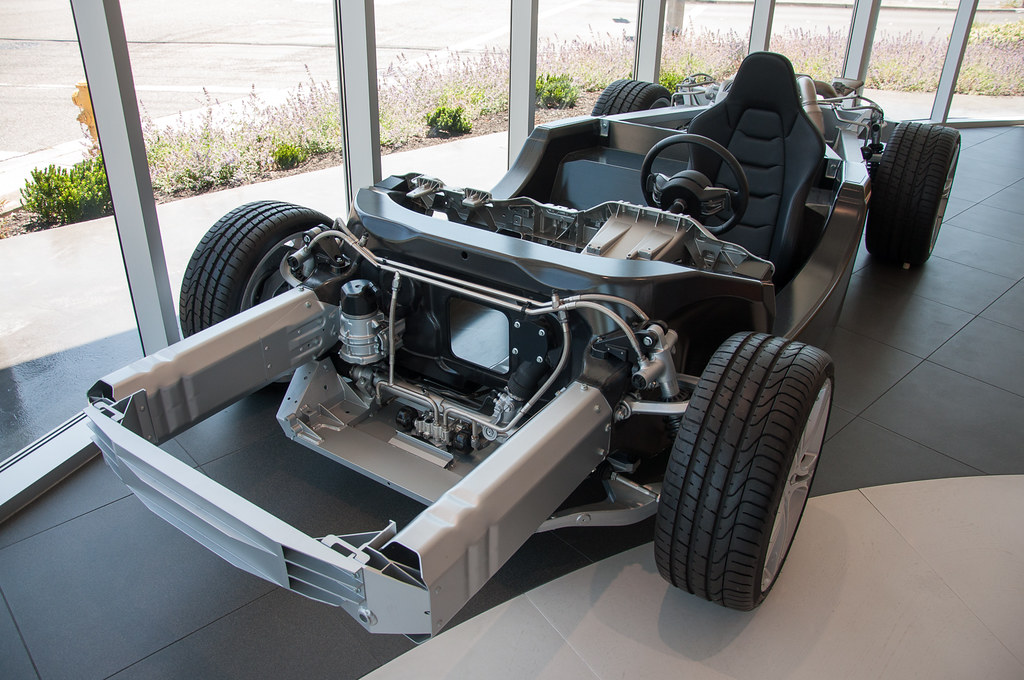 When you visit McLaren San Francisco, you’re likely to find a bare 12C (née MP4-12C) chassis on the showroom floor. 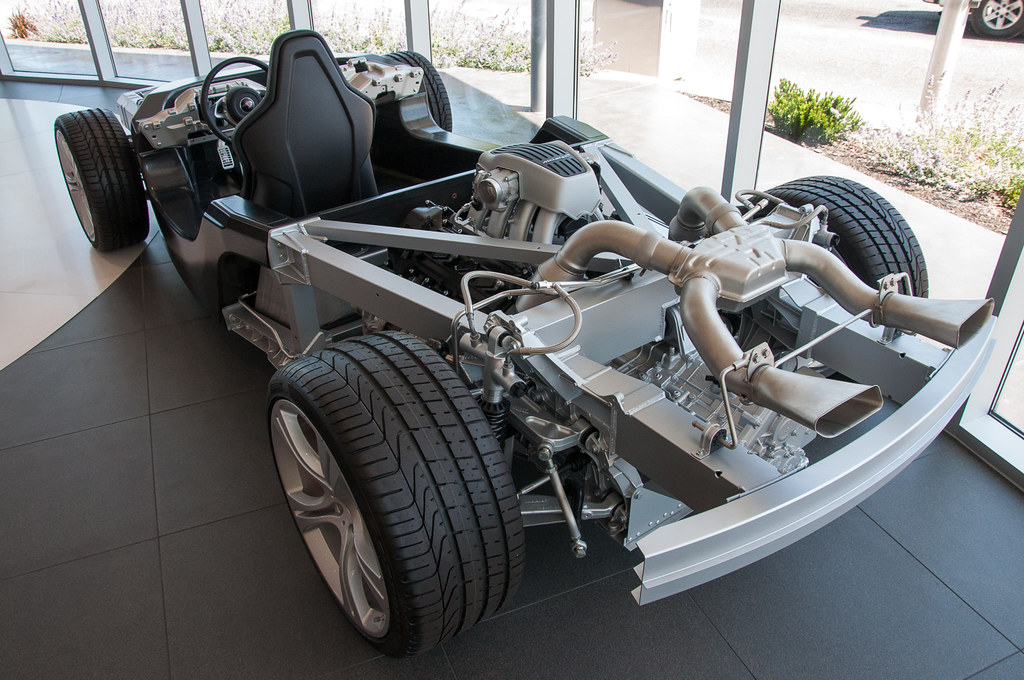 Unfortunately, because McLaren has currently stopped production of the 12C to focus on the 650S, this chassis is a bit out of date nowadays. So what do you do? Upgrade it, of course! 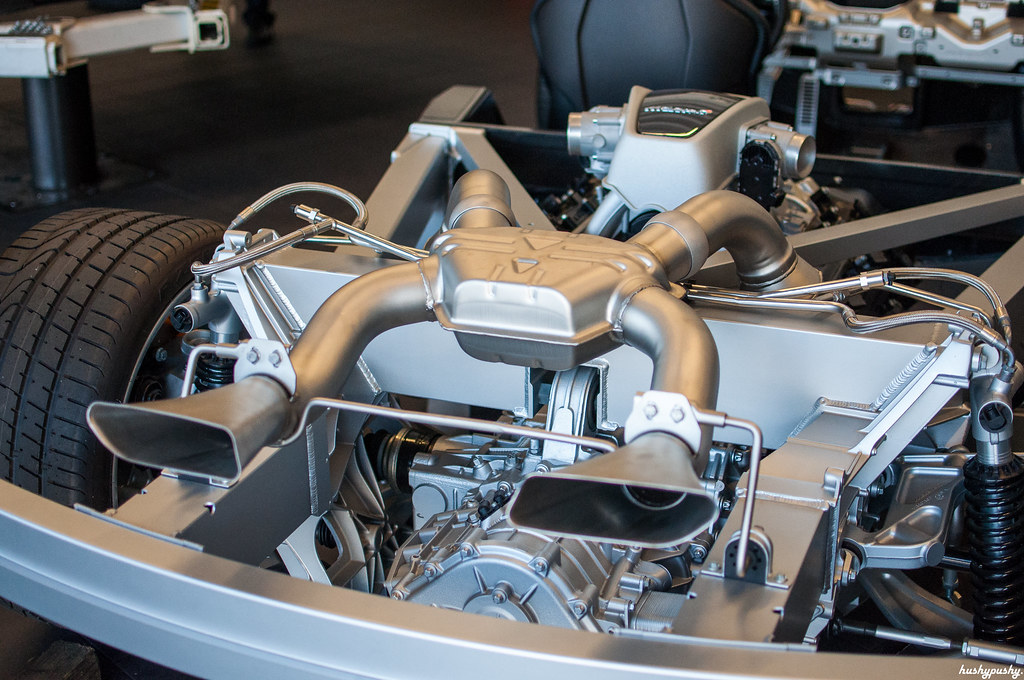 One of the big complaints about this car when it was originally released was its exhaust note. What you see here is the original MP4-12C standard exhaust, which was widely panned by critics for its anemic tone and moderate volume. McLaren tweaked the standard exhaust and added a “Sports” exhaust, which is loud, made of Inconel, and essential. Later on, the Spider version would also address the criticism of the “sound tube” by toning the effect down considerably. The latest iteration of this exhaust, as fitted to the 650S, is the best yet, and will be added to this particular chassis in due time (when McLaren gets around to sending one, in other words). 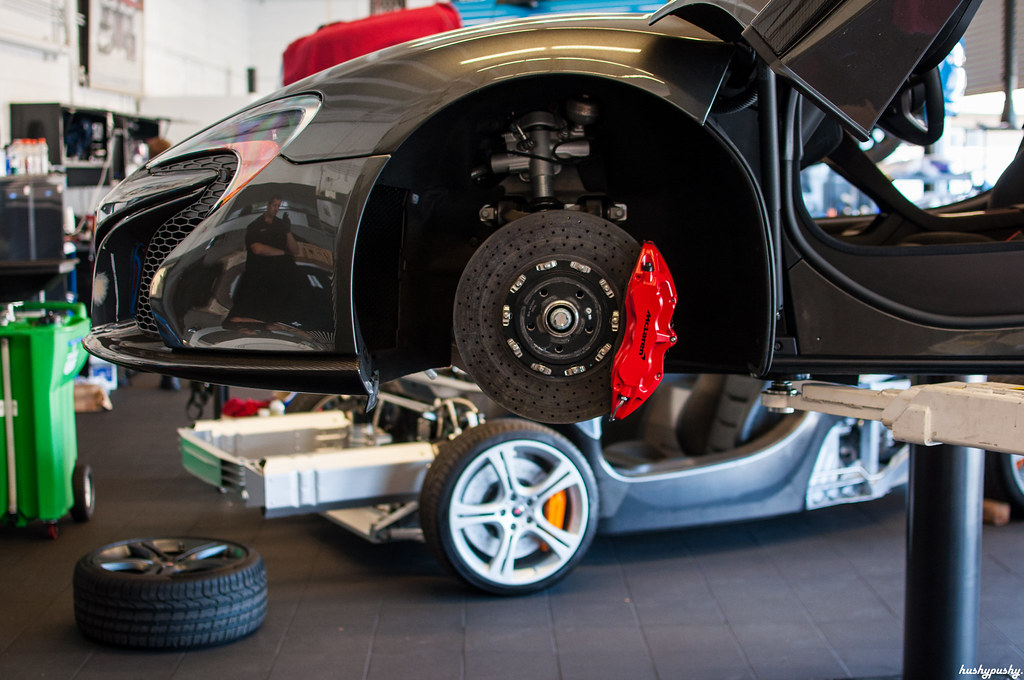 Nevermind the standard carbon ceramic brakes (metal brakes are a no-cost option on the 650S); another major difference in the 650S is the suspension. The springs are stiffer but the dampers were recalibrated to keep the supple road feel that these new McLarens are renowned for. 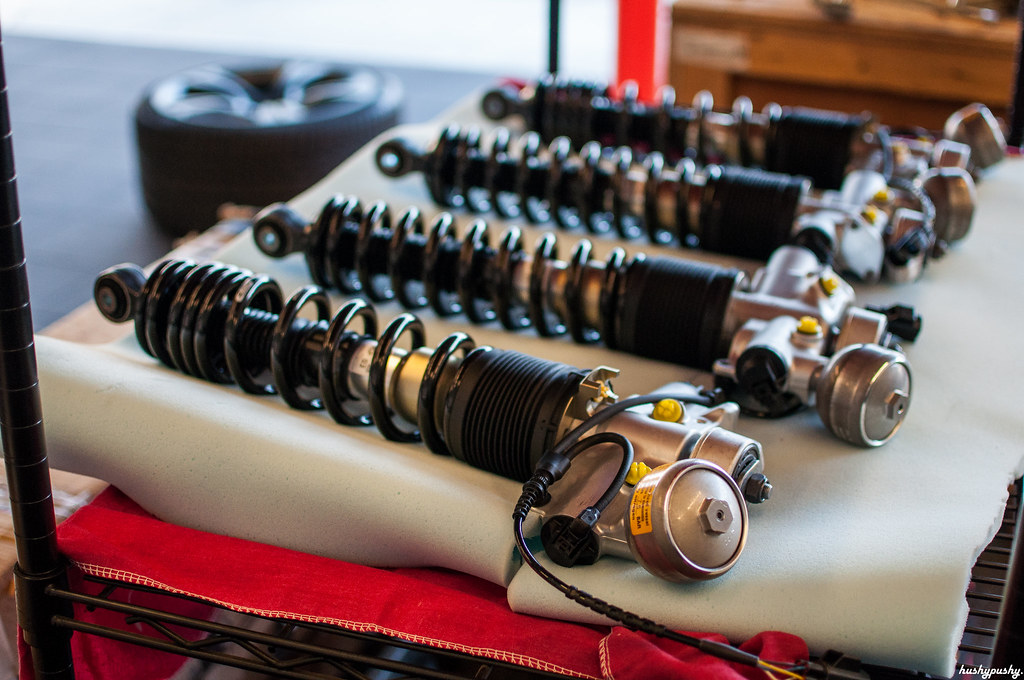 These are the 650S coilovers. The 12C already has ride quality that makes an S550 or 760iL seem uncivilized, so I can see why they stiffened things up for the 650S. It rides a bit stiffer but it really does have the best suspension in the world. I’m still amazed that such an incredible amount of difference in ride quality can be produced by turning that knob from “N” to “S” to “T”, even with good old fashioned springs. 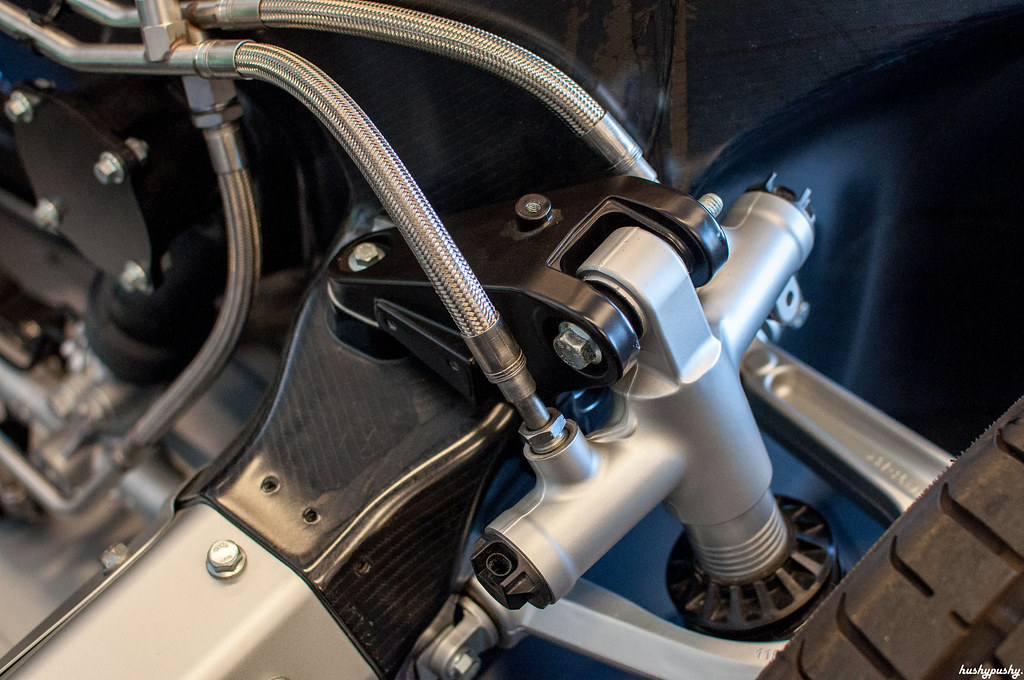 This is the MP4-12C suspension. Note the top mount for the damper. 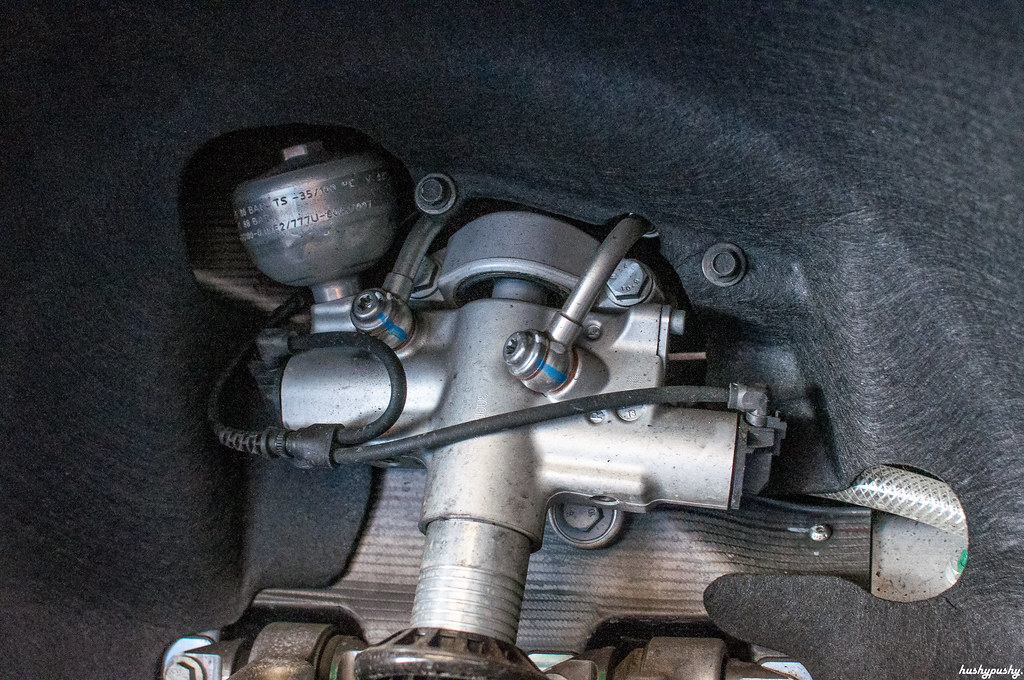 The 650S’ setup is a little beefier, plus an accumulator has been added (or possibly just relocated? Not sure.) to that area as well. 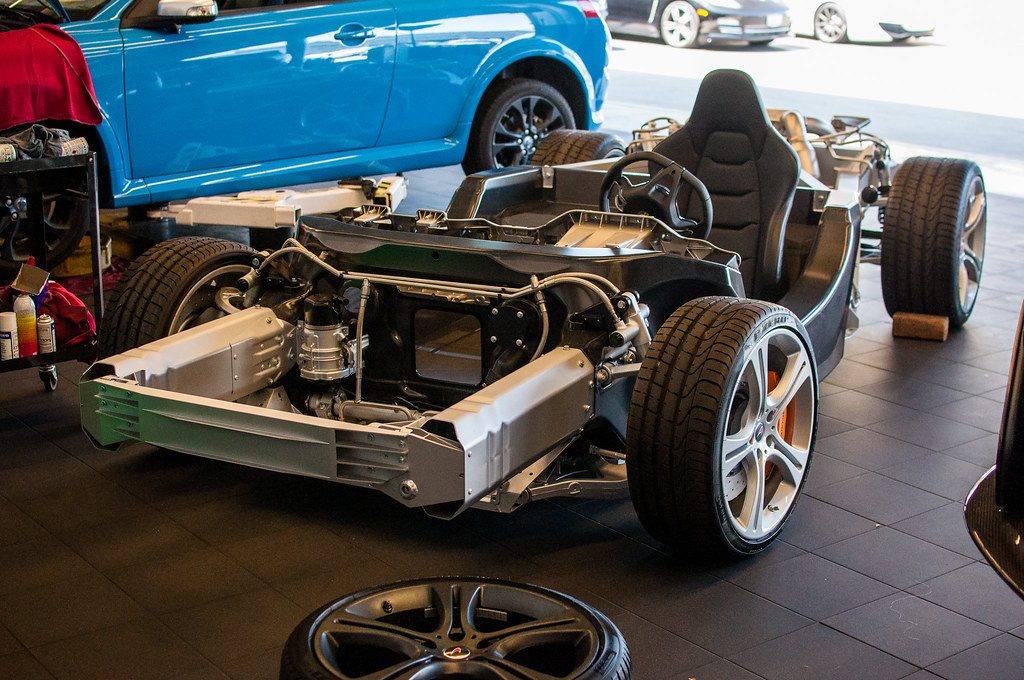 So far all that’s been done is the carbon fiber steering wheel swap; they’re just waiting on a few other suspension pieces before they tear everything apart. Hopefully the exhaust arrives soon as well, and then she’ll be back on the showroom again, looking resplendent sans bodywork.