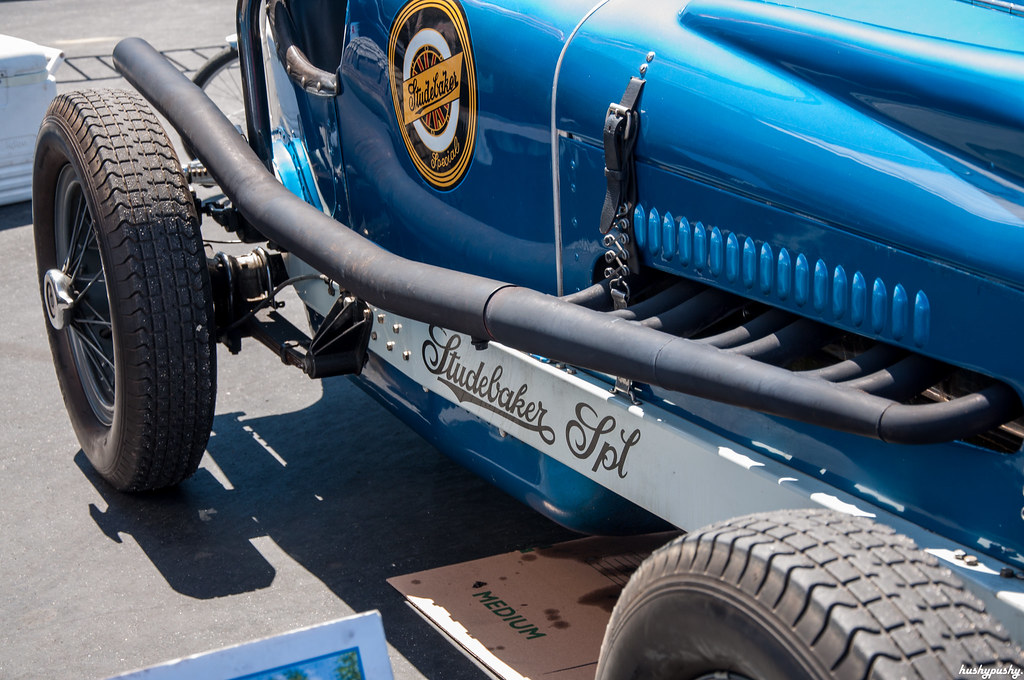 At the Monterey Motorsport Reunion, “old school” is pretty much the name of the game. Yeah, it’s definitely a place where you can find the hottest new supercars and late model sportscars galore, but it’s mainly known as a world-class gathering of vintage vehicles. 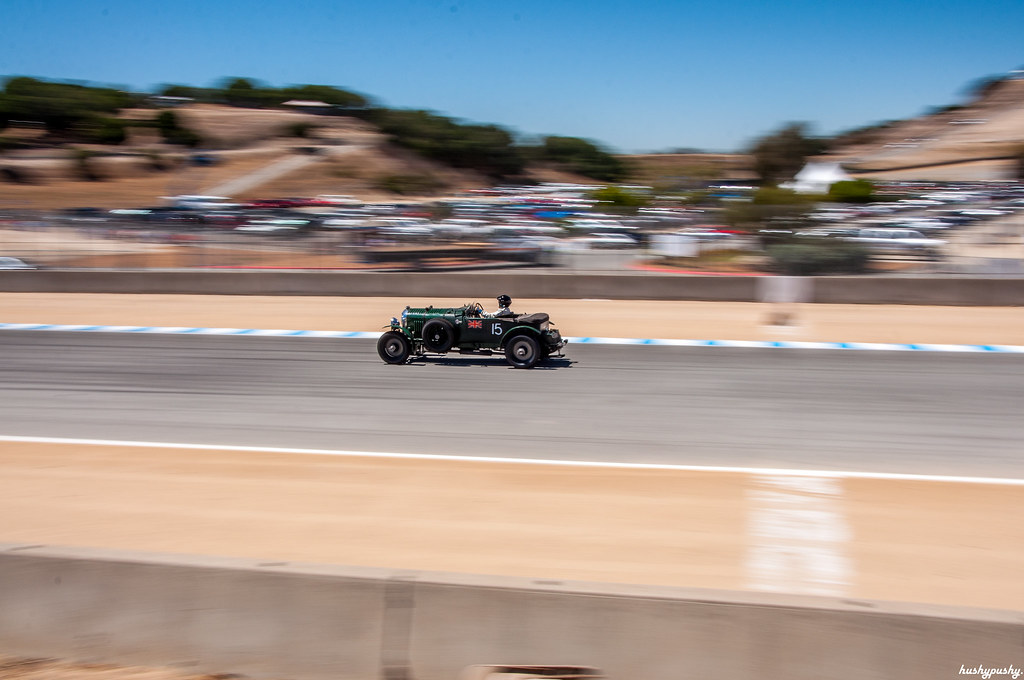 In the previous post, we looked at some sexy race cars from the early 1970’s. In relative terms I’m still a kid, so those classics raced way before I was even born. But those are positively modern weapons compared to the Pre-War machinery that makes its way out to Laguna Seca every year. 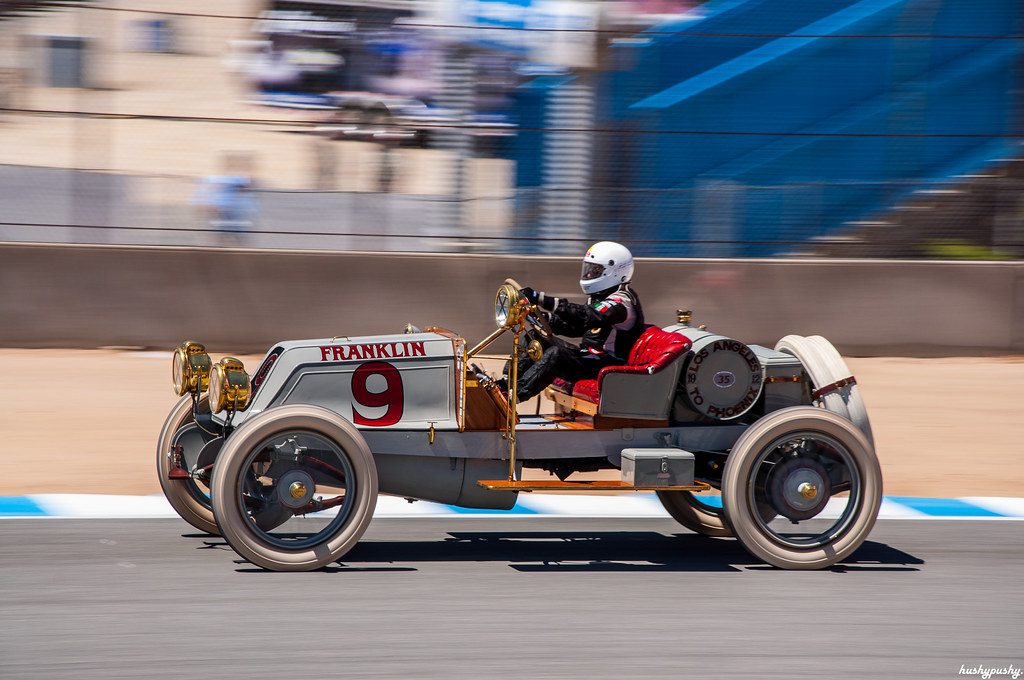 Take this 1912 Franklin Torpedo Phaeton, for example. More years passed between this car’s heyday and the debut of the Skyline GT-R than from the hakosuka‘s debut until now. 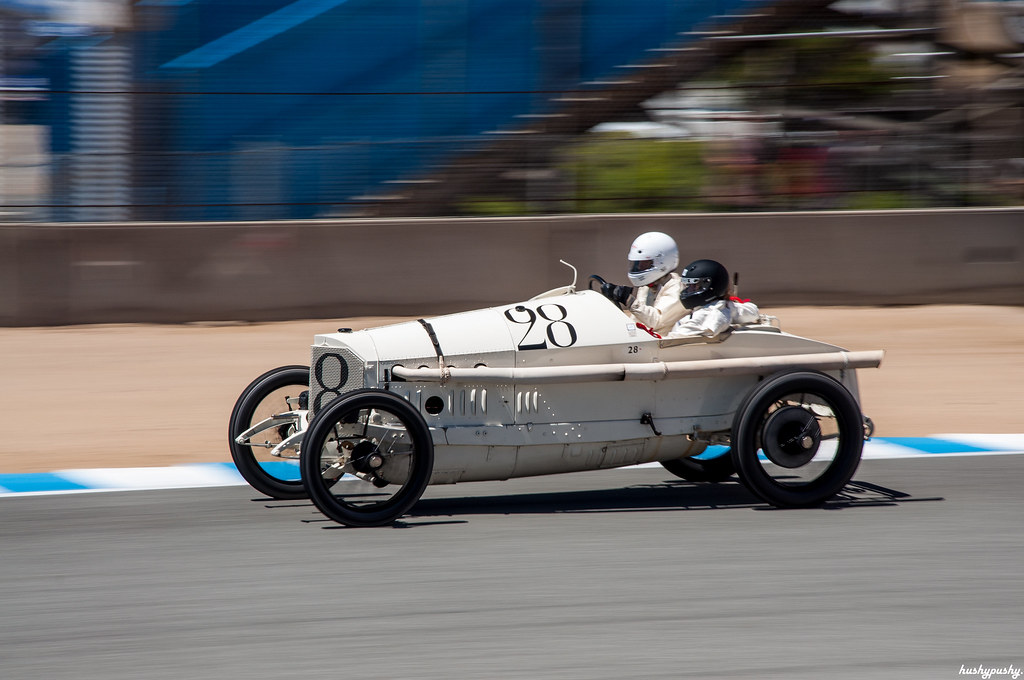 And this Mercedes? This is the actual car (there’s that phrase again) that won the very last Grand Prix before World War I, the 1914 French Grand Prix. 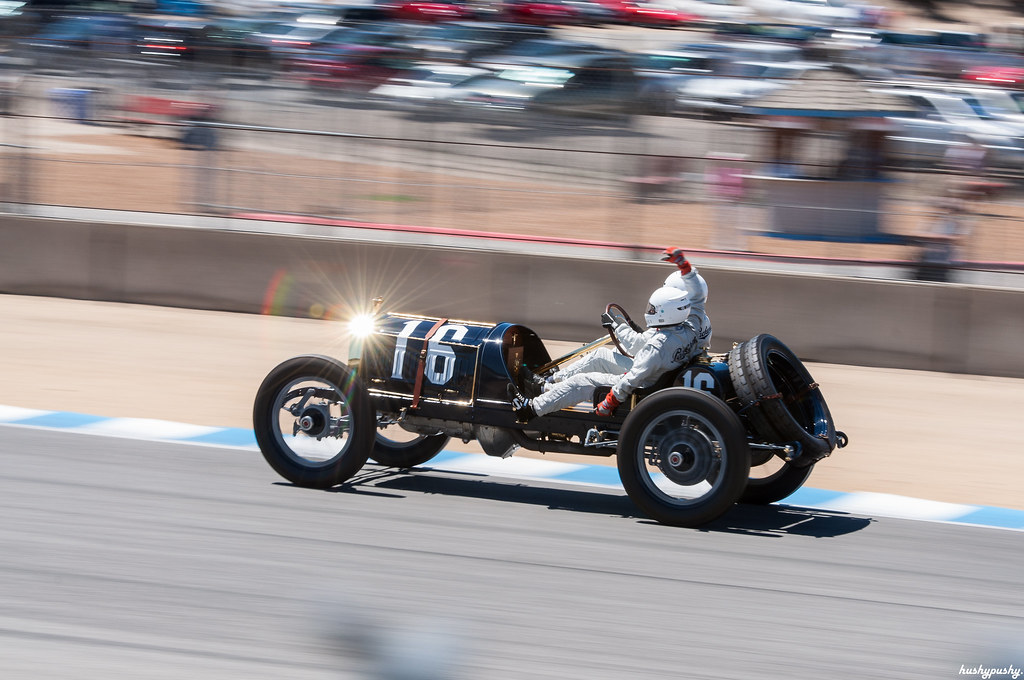 Back then, a riding mechanic was standard practice. They were always doing something to the car (like manually keeping the oil or fuel pressure up), hanging on for dear life, or usually a combination of both. The co-driver in this 1912 Packard seems to be in a transitional state between one of those activities. 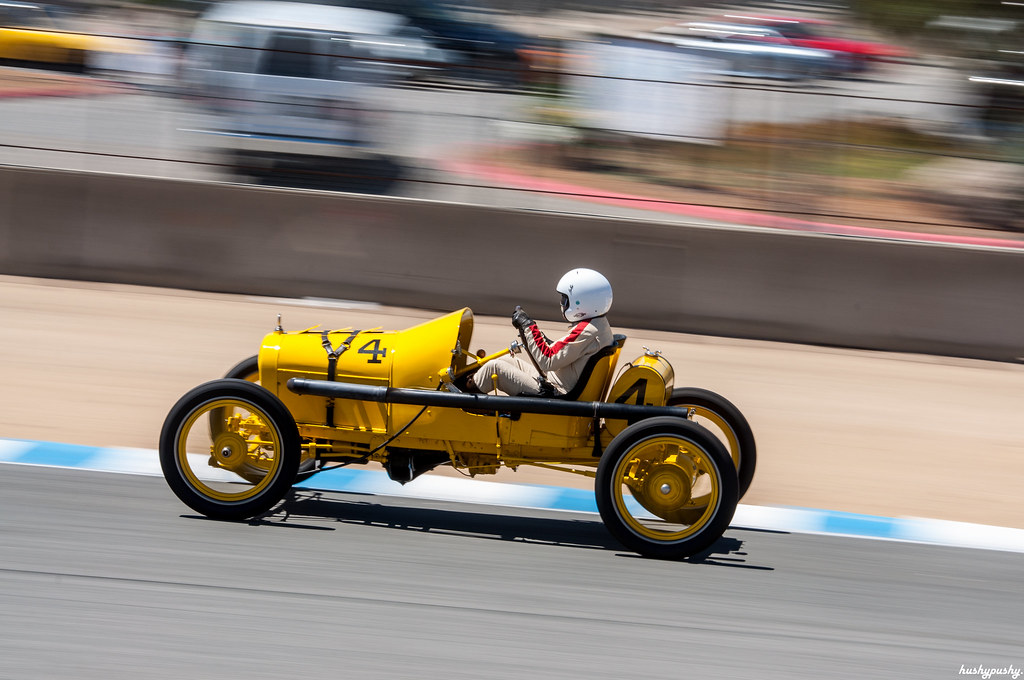 The shapes of these earliest cars were fascinating; people rode on the cars as much as in them. The driver of this 1915 Ford is an avid racer–he can be seen with his period-correct mustache and Chevrolet race car hauler at every Northern California vintage event. Unfortunately, during the race this year he was overtaken by his own wheel–never something you want to see! Fortunately he and the car escaped unscathed. 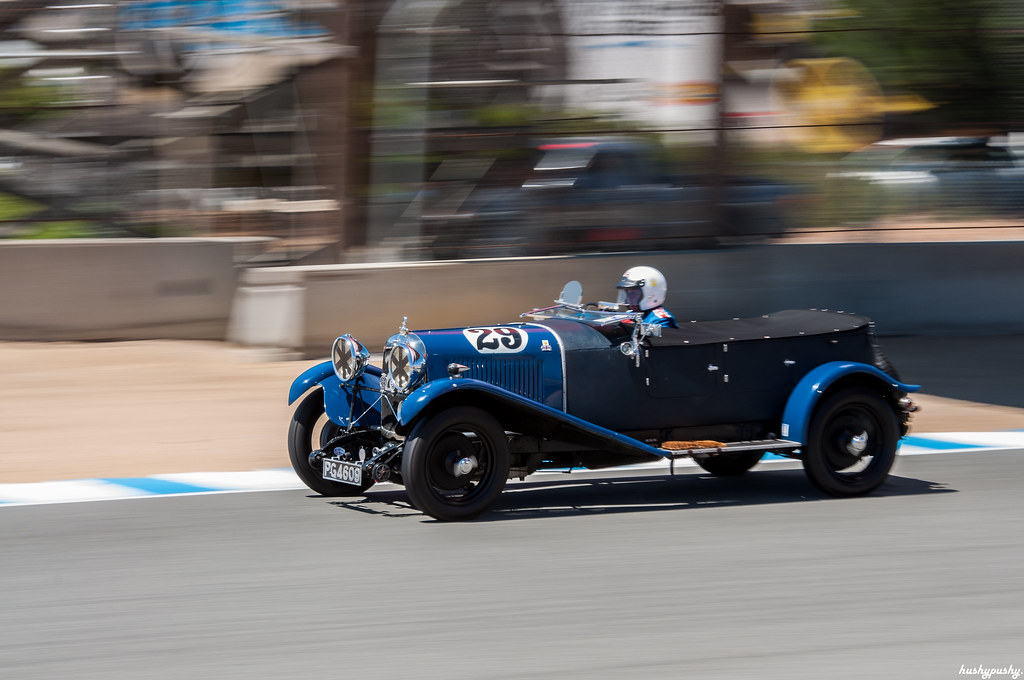 Gradually, vehicles’ occupants became more and more ensconced in bodywork. Aerodynamics were just beginning to be understood, as evidenced here by the closed cockpit and folded down windscreen. 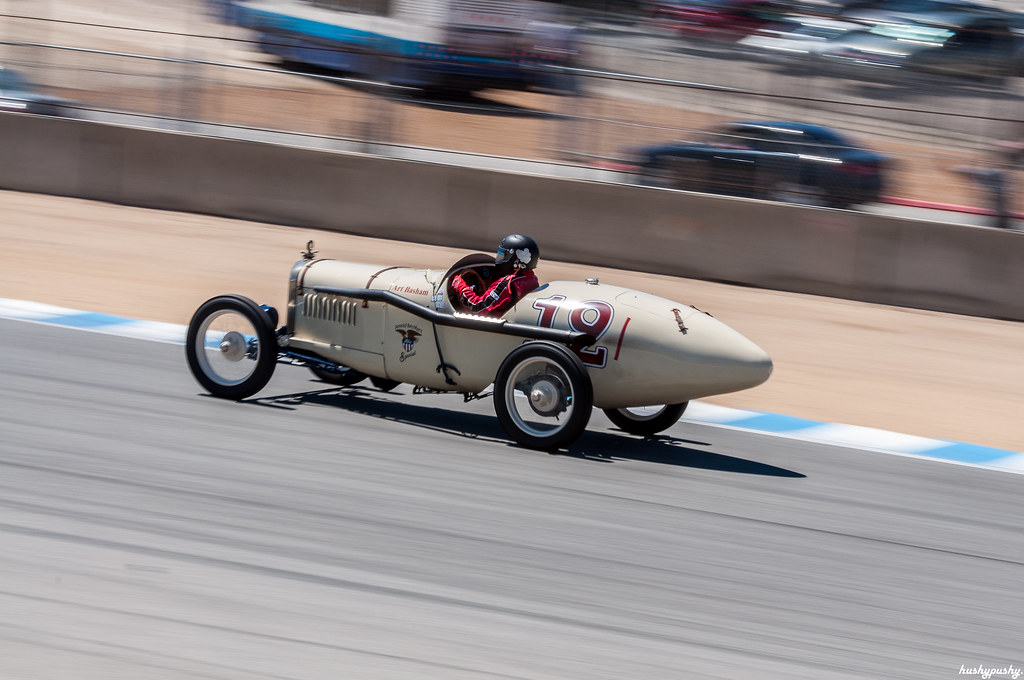 Whatever happened to pontoon tails? 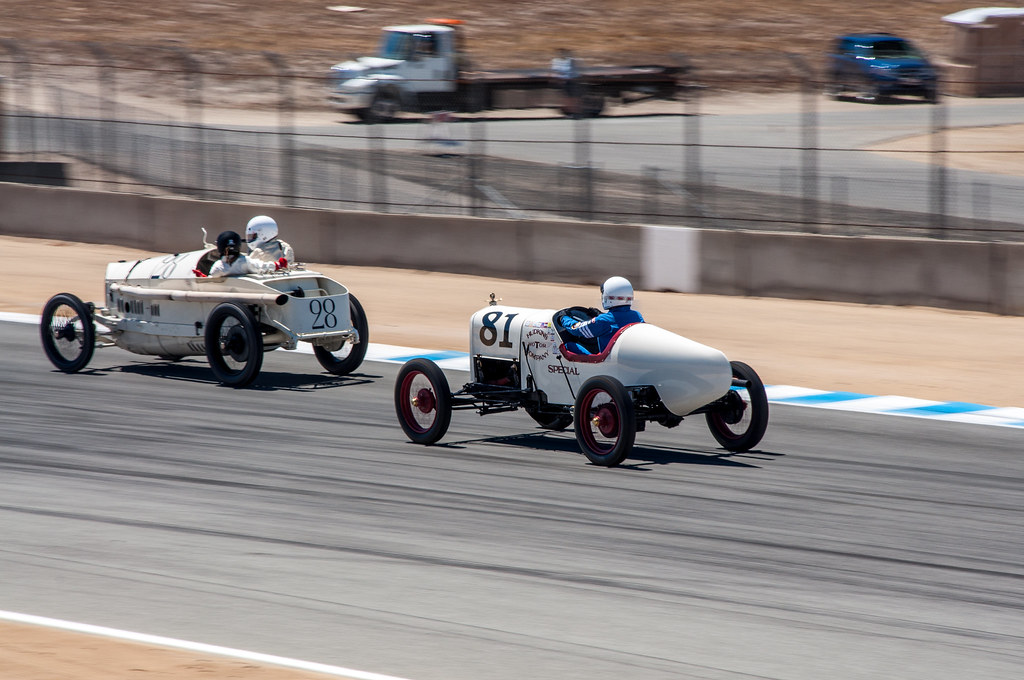 Another much-missed feature of early cars was their names, which usually ended in “Special”. Following the Mercedes into Turn 4 is a Ford Model T based race car that wears the words “Hudkins Motor Company Special” on its flanks. 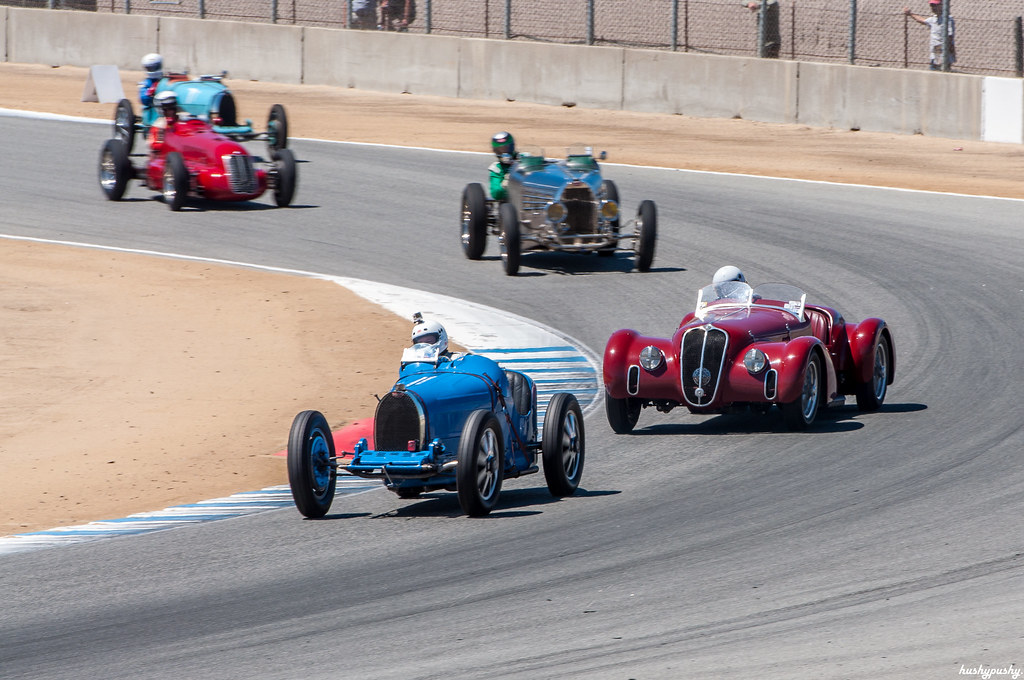 By modern standards, these vintage racers even look a bit silly. Positive camber, really? But if you look at them with historical context in mind, you realize not only the bravery of the daredevils on-board these machines, but also how much progress we’ve made in the last century of automotive engineering. Where are we going to be in 100 more years? How outdated will today’s state of the art technology look in 2114?