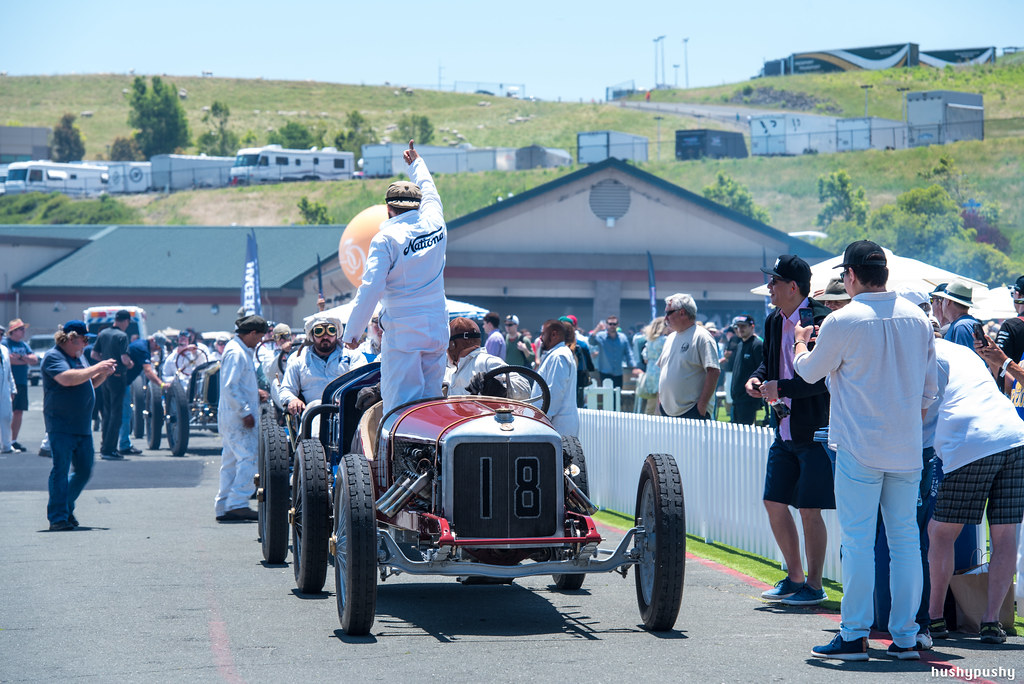 At the recent Sonoma Speed Festival at Sears Point, I mean, Sonoma Raceway, there was a group called “Rag Time Racers”. Normally these guys are part of the racing action, but for this event they were just doing demonstration laps. The cars are so slow that I’m not sure if there was any difference in pace, but at least they didn’t have to wear modern helmets. 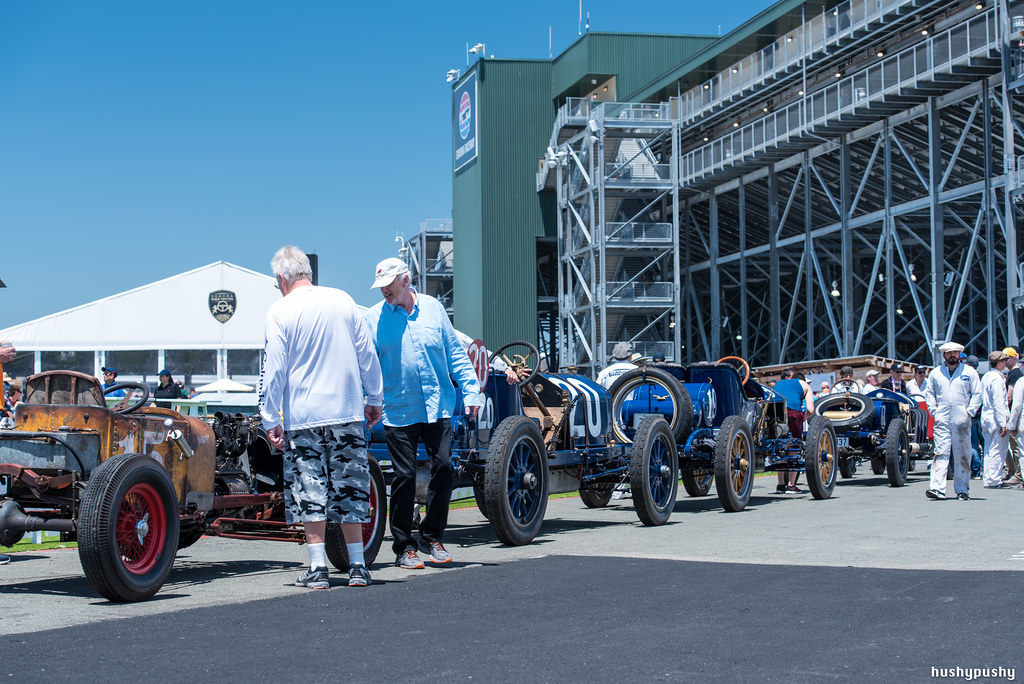 All the cars staged in the line next to the paddock where they had been doing pre-grids all day. 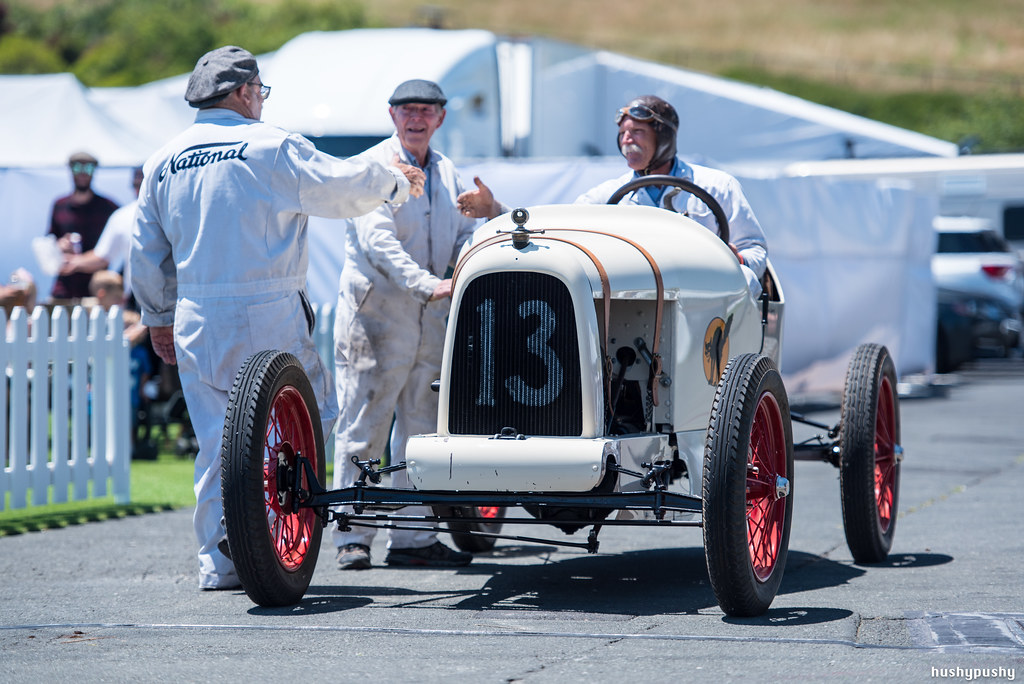 Except for this car, waiting just off to the side. 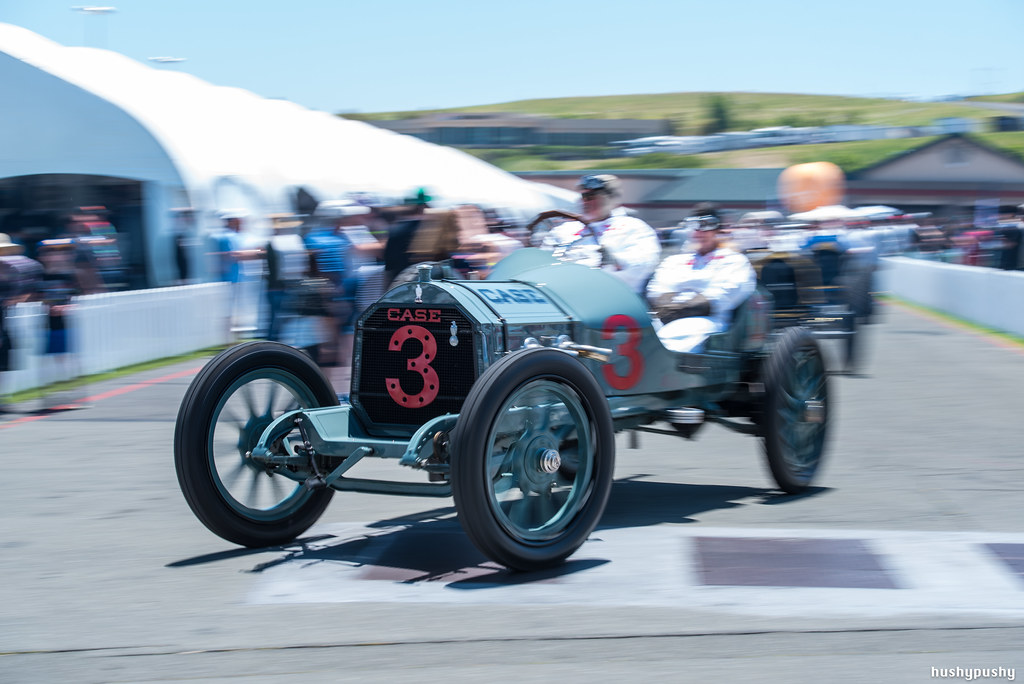 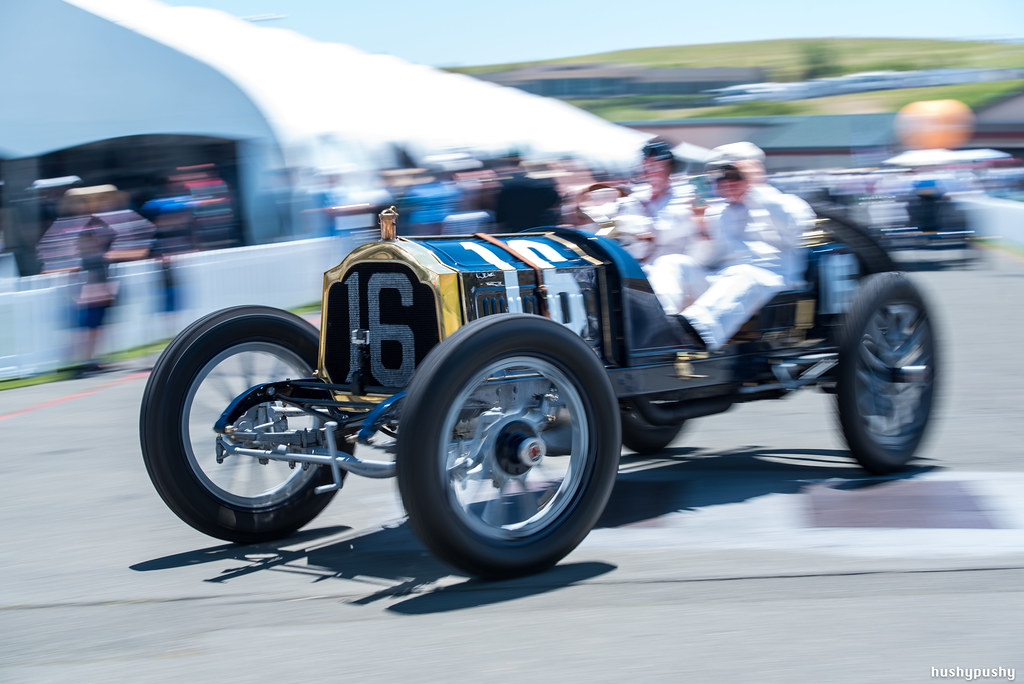 One by one, the cars fired up and went to the track. 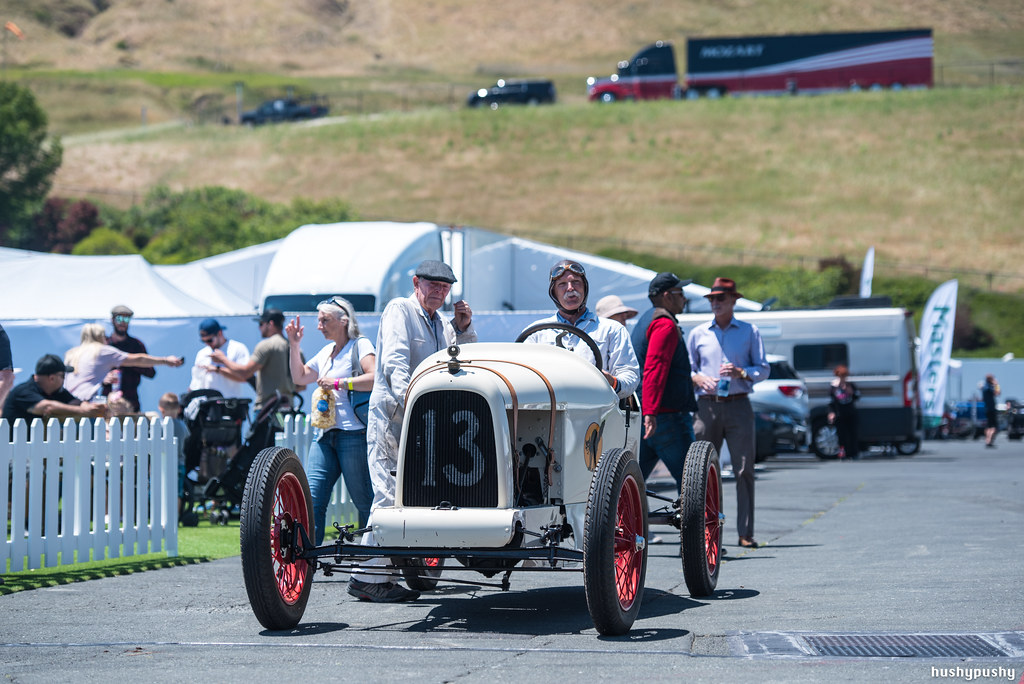 But not this off-white Model T racer. 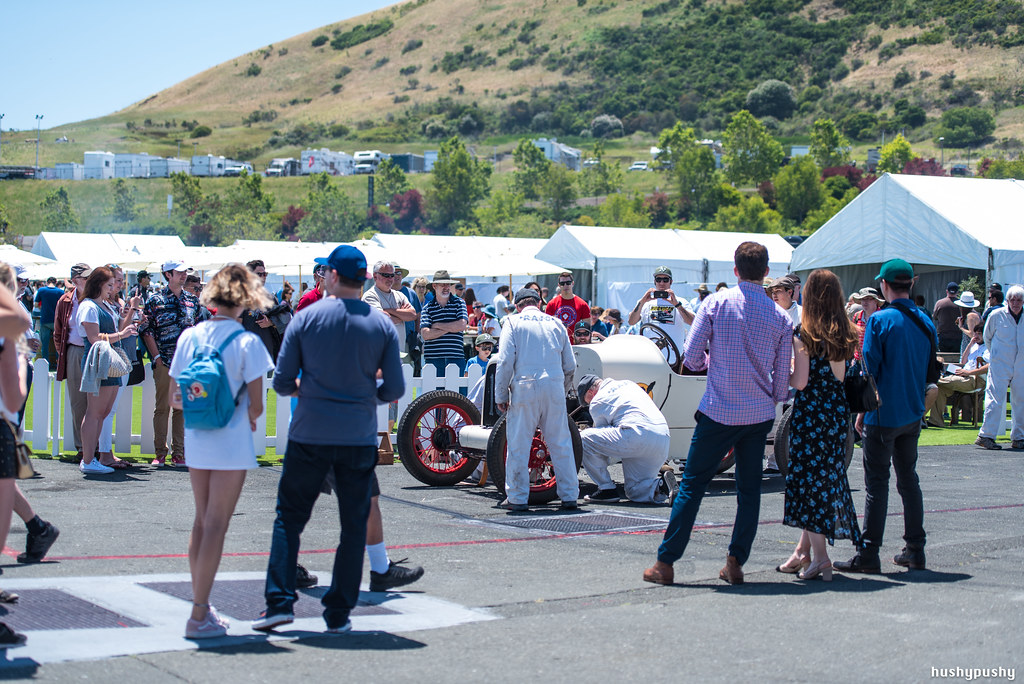 They fired it up, and it ran lumpy for about 3 seconds before they shut it down. 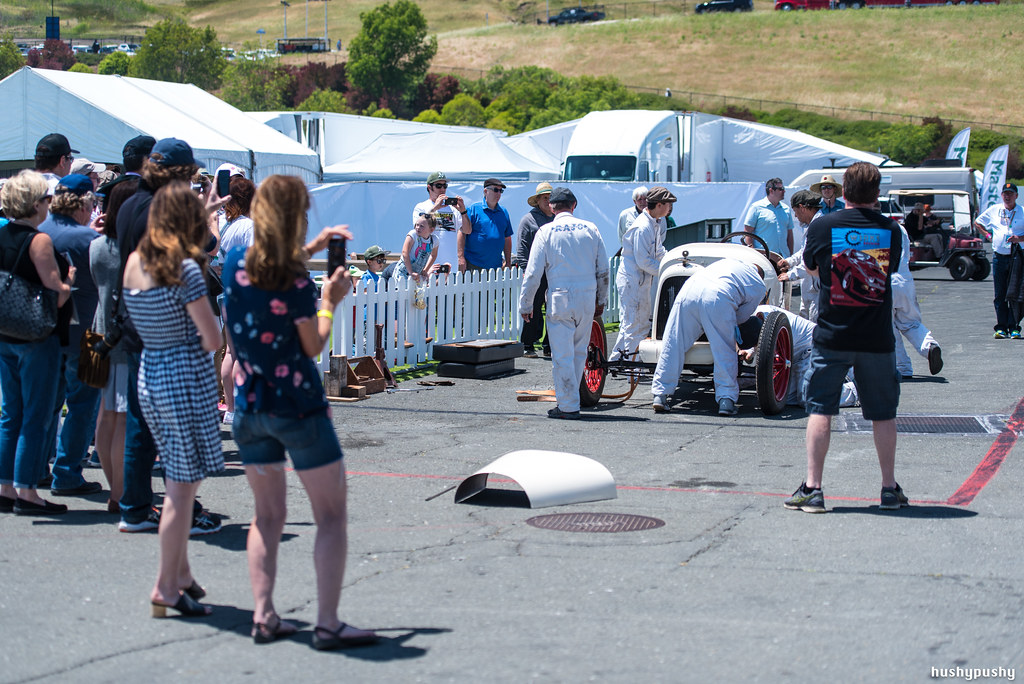 Then they burst into action like the 1919 Indy 500 had just started without them. The hood was removed, and placed way out in front of the car. 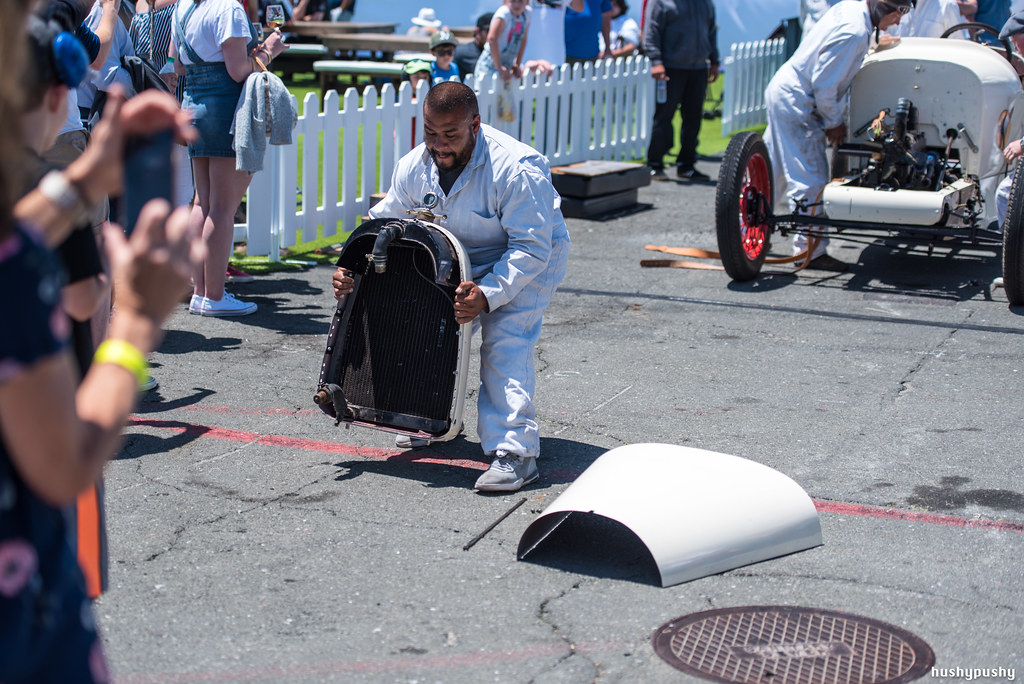 The radiator was ripped off and placed next to the hood. 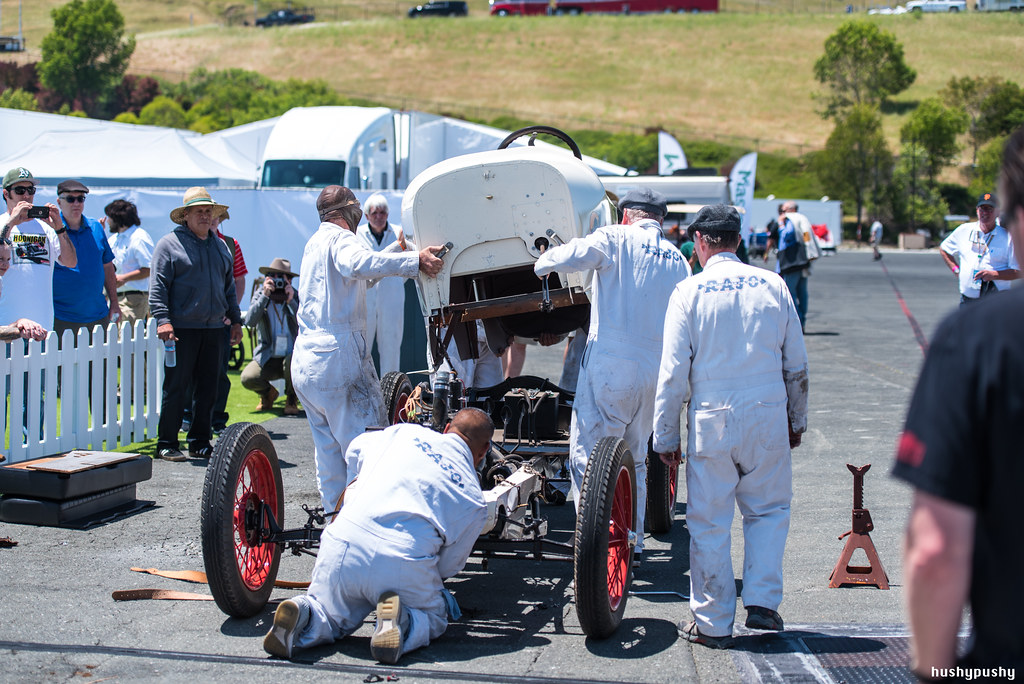 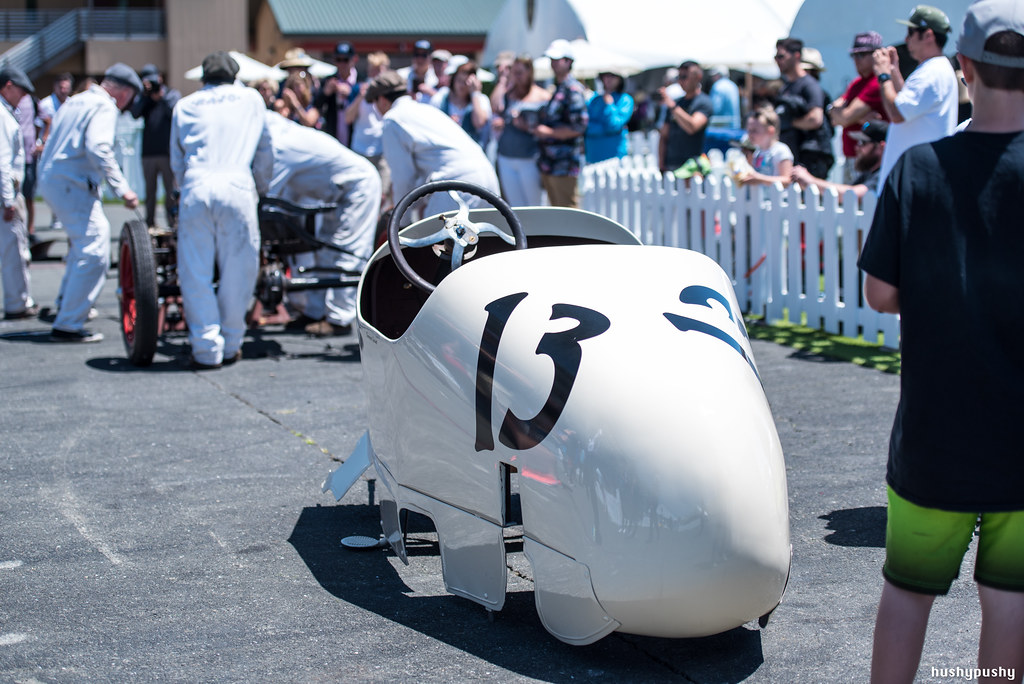 Then the body was lifted off. 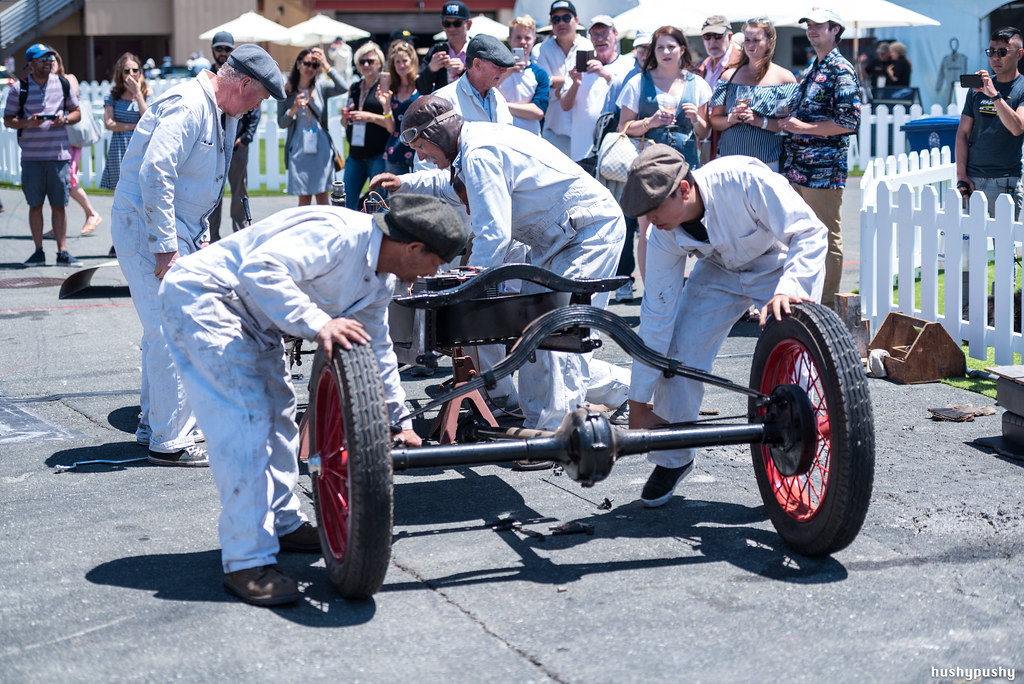 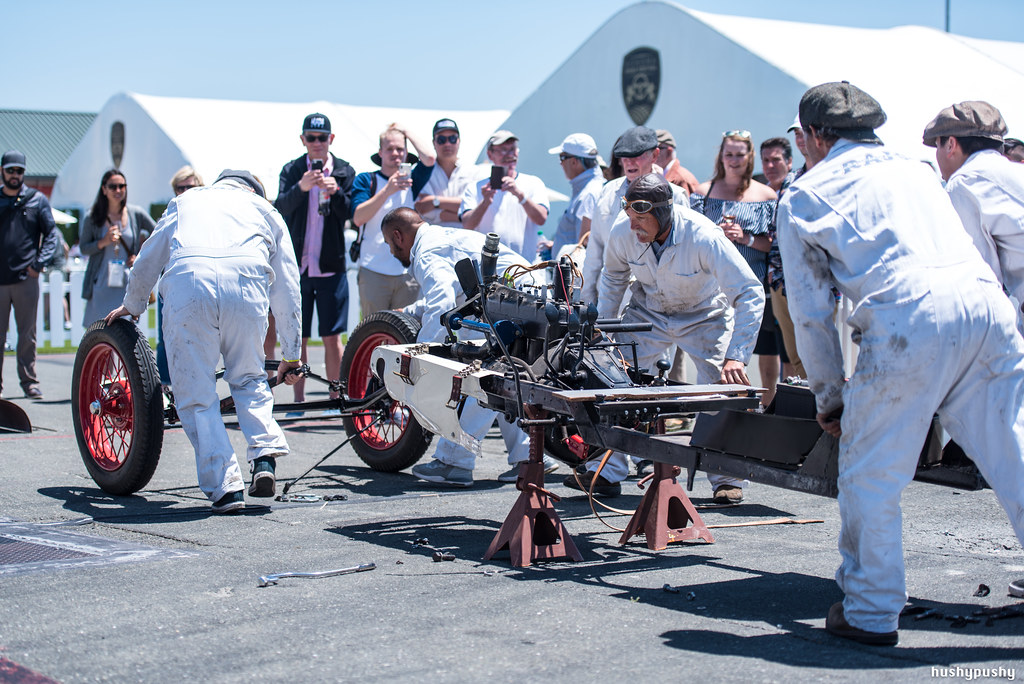 The rear, then front axles were unbolted and rolled away. 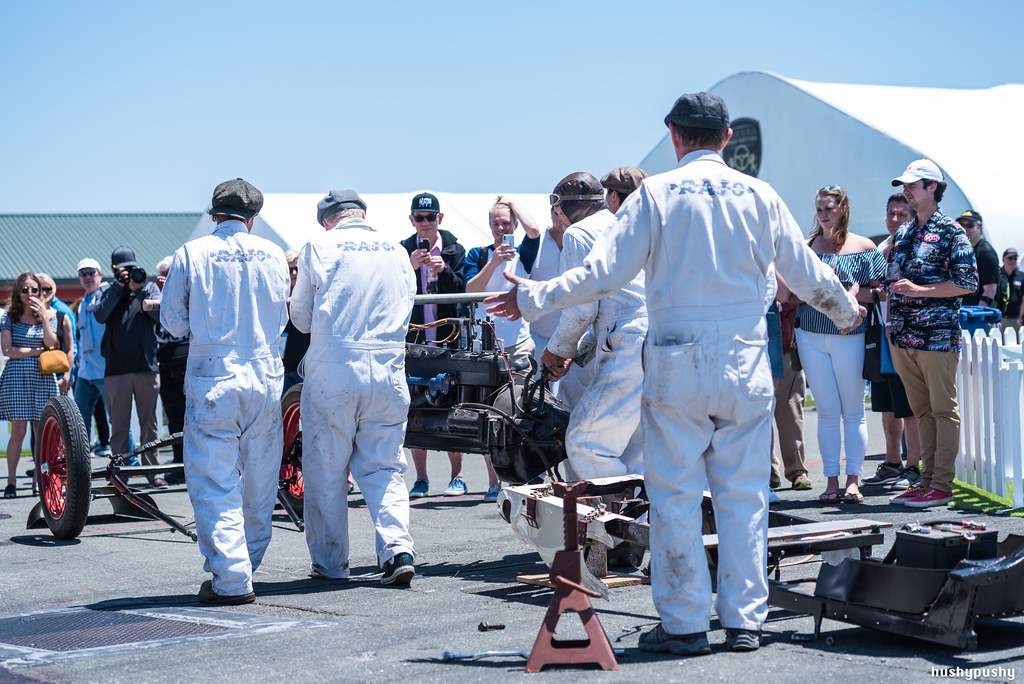 The chassis was lowered to the ground, and the engine was yanked out with a man-powered hoist. 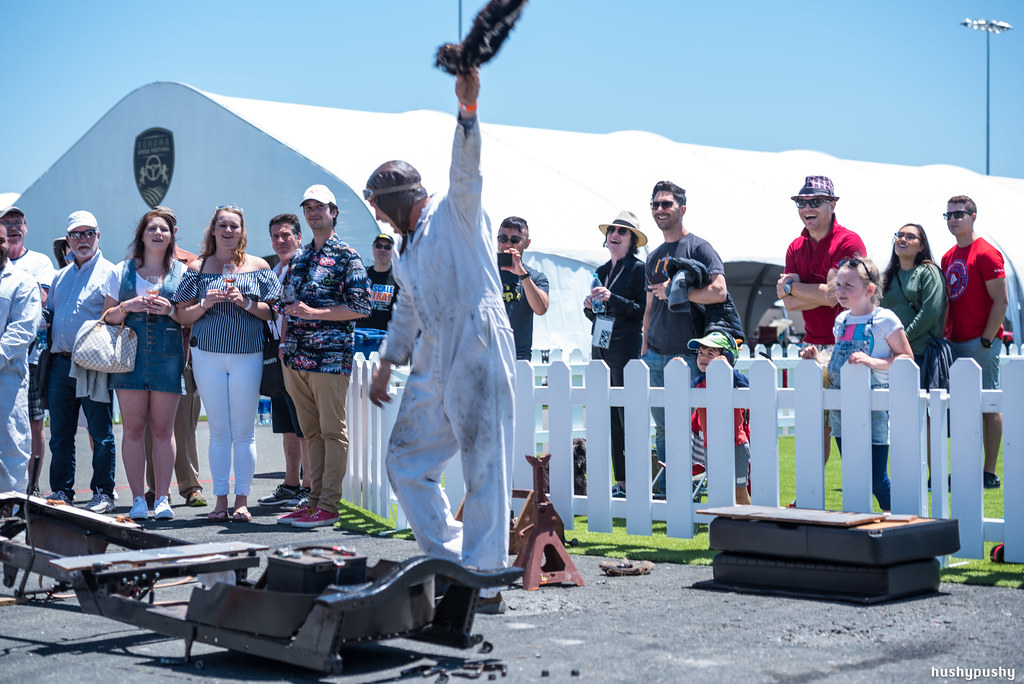 And then, from the frame rail near the middle of the car, the driver pulled out a (fake) skunk tail and said something to the effect of, “Well there’s your problem!” 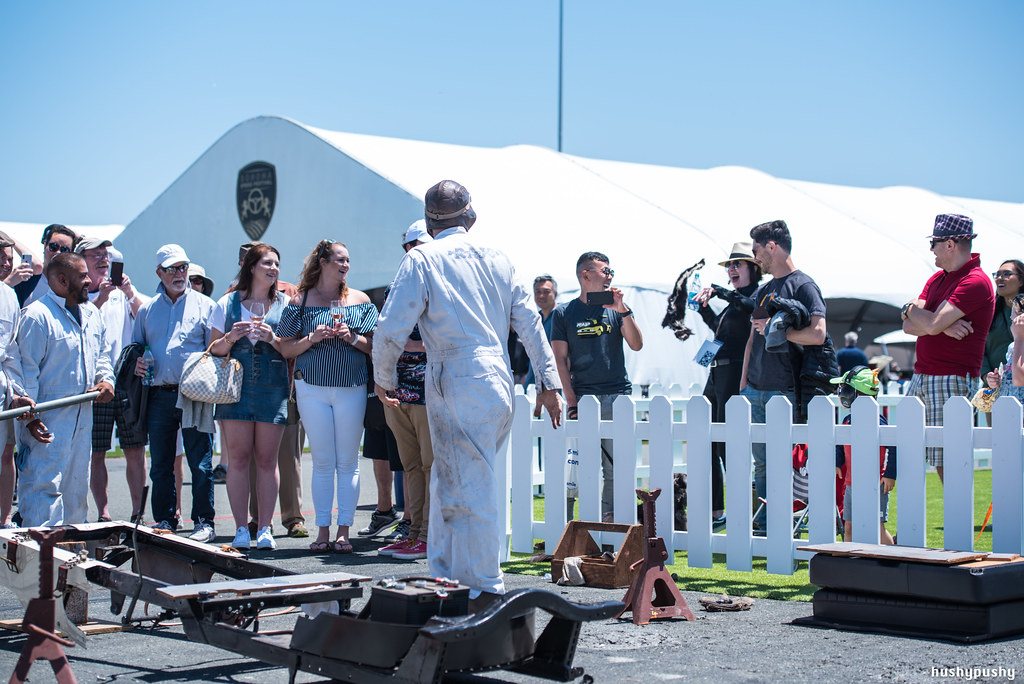 And then threw the tail into the crowd. 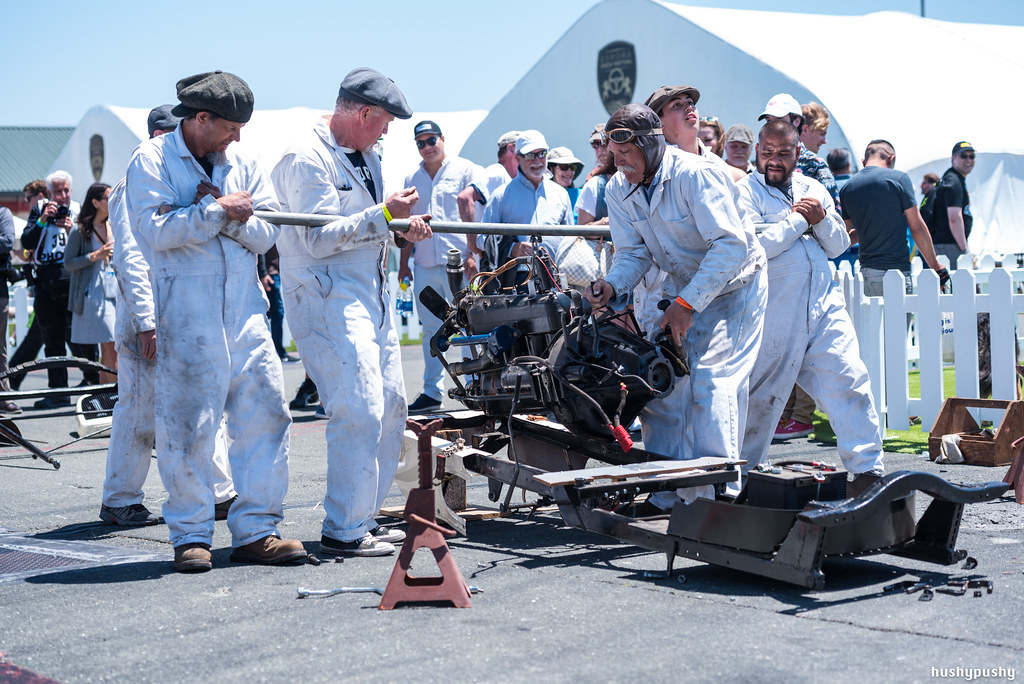 What now? Well, I guess assembly is just the reverse of disassembly. 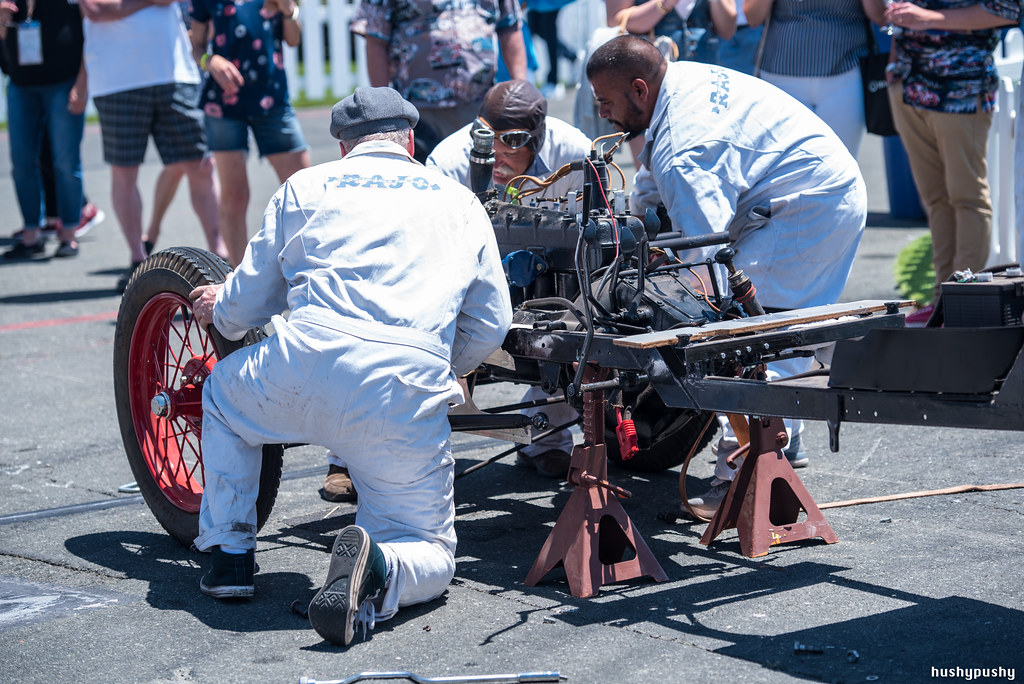 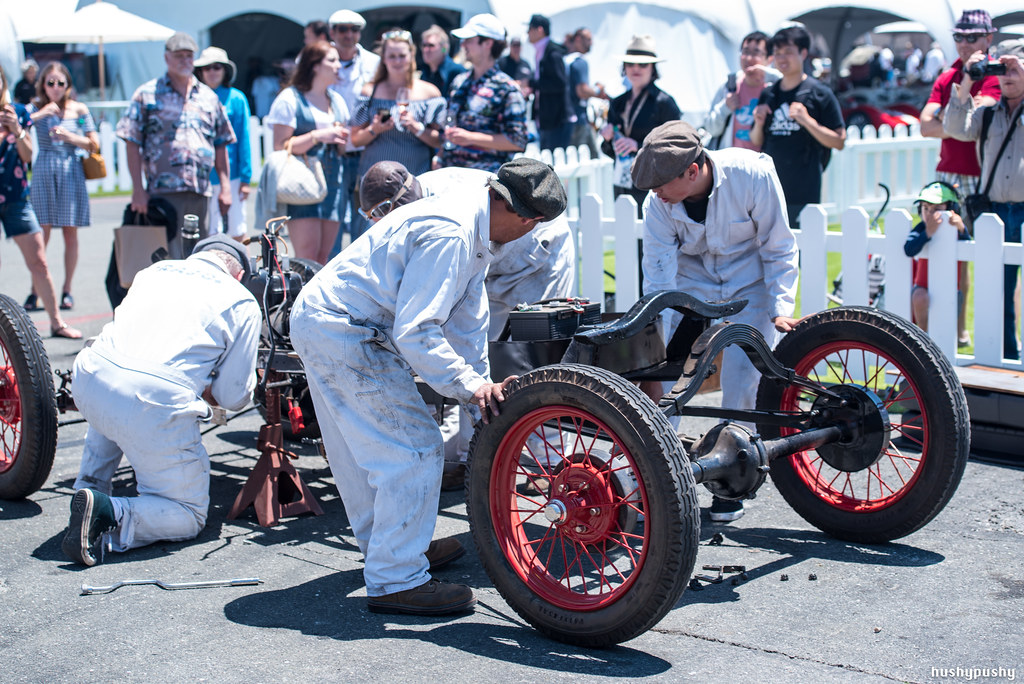 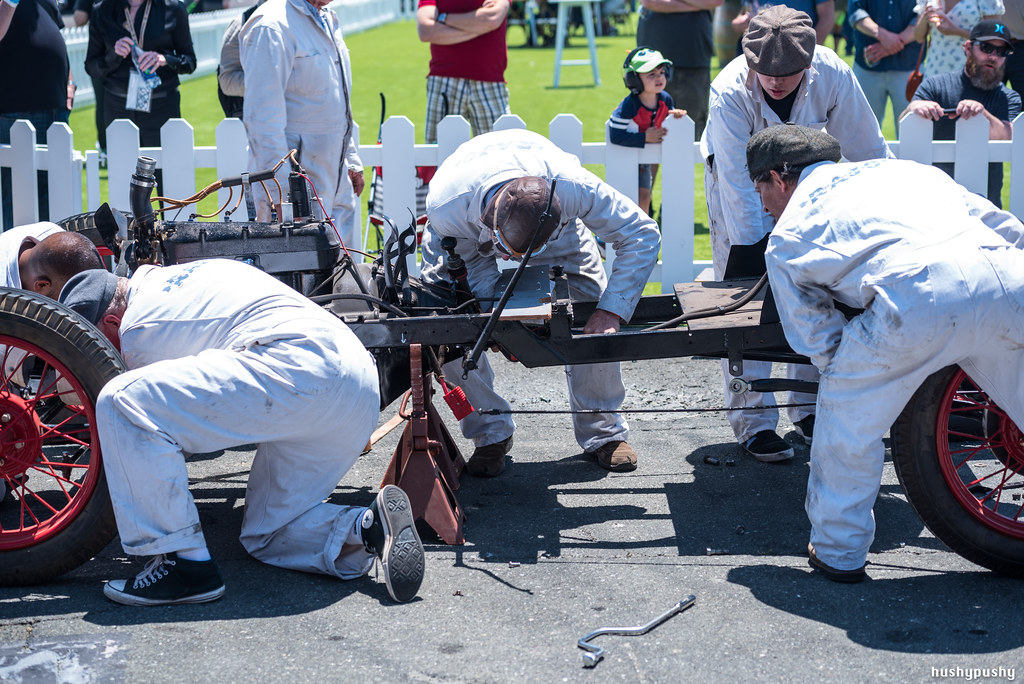 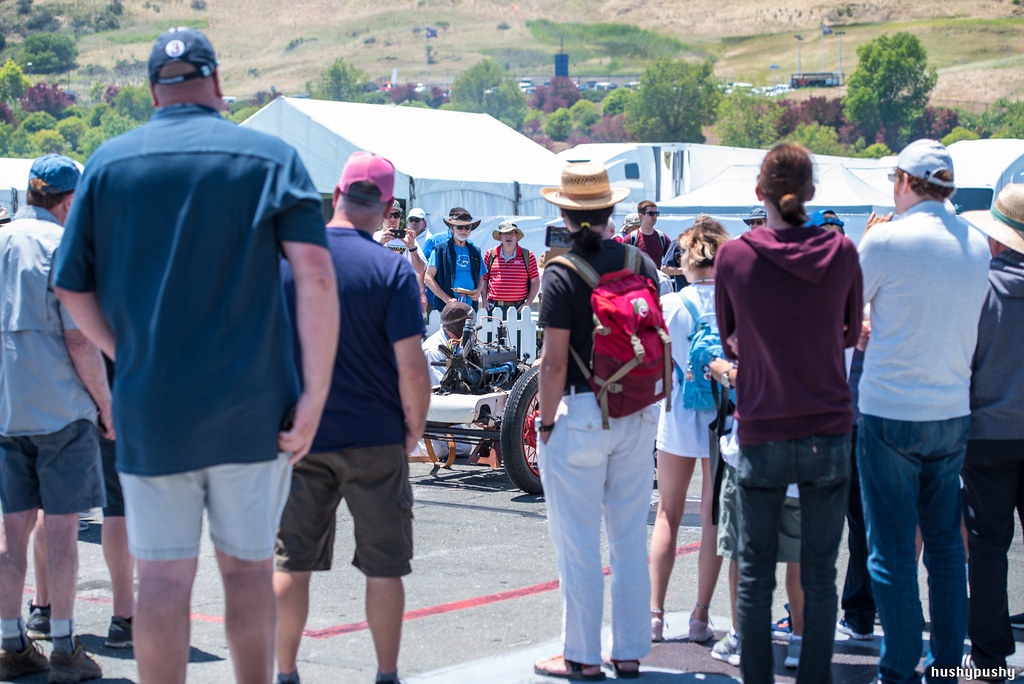 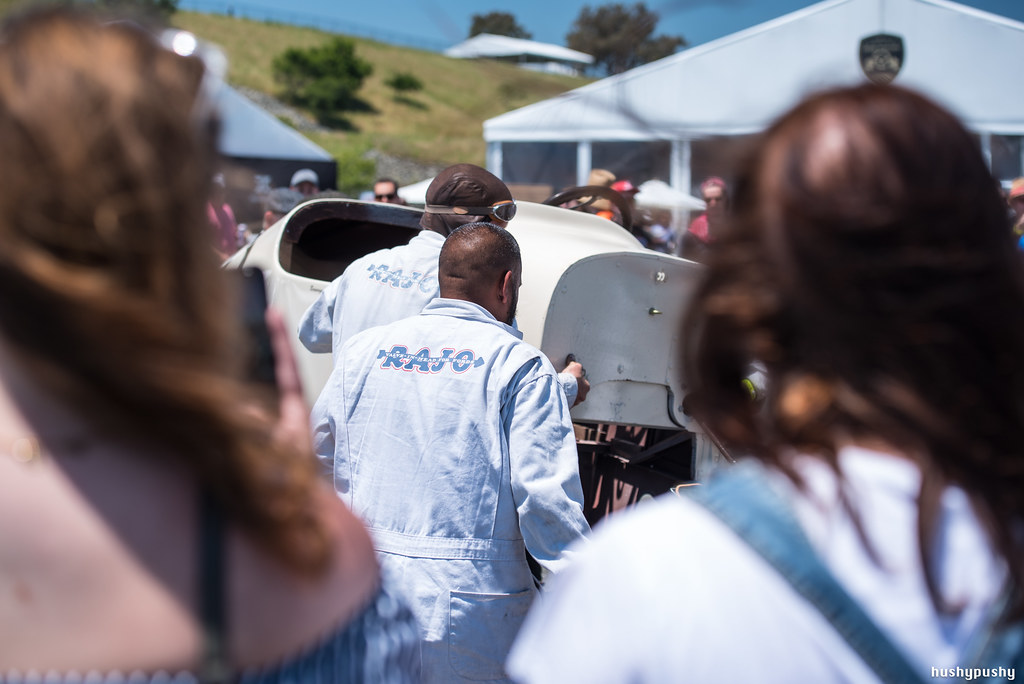 A pretty decent crowd had gathered to watch. It never really felt too busy at this event, except during this demo and when the Mercedes Formula One car was brought out. 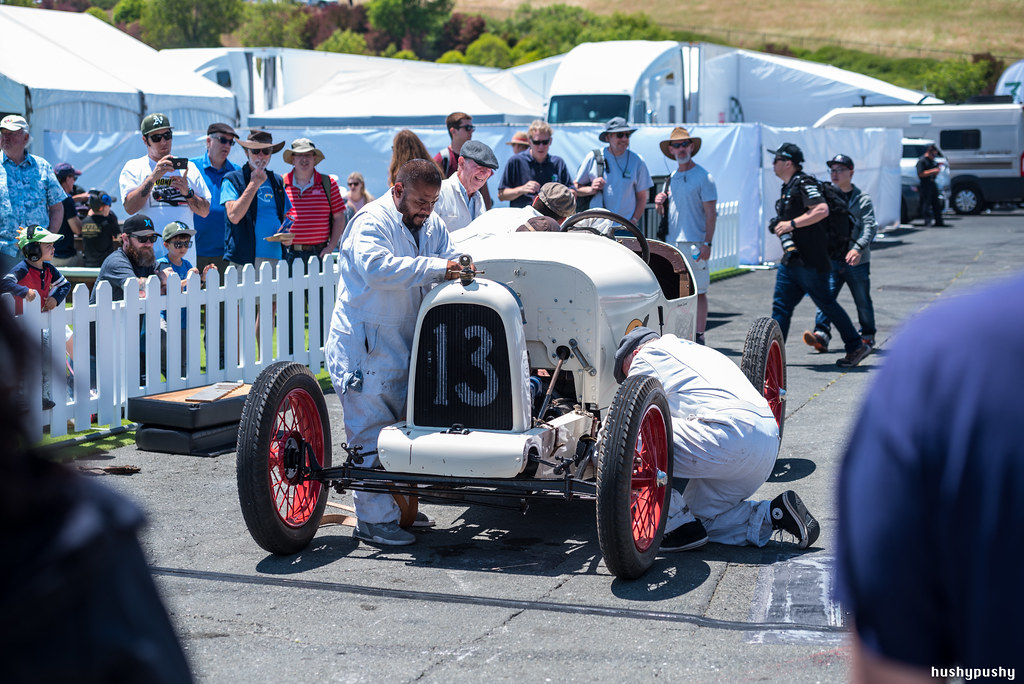 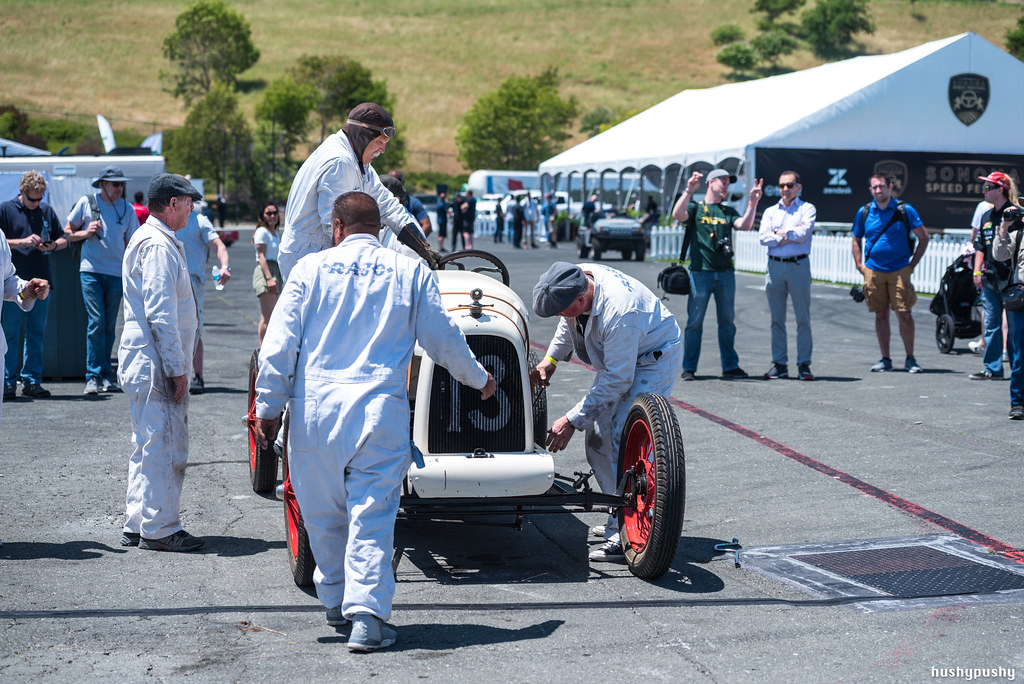 Strapping down the hood, they were almost ready to roll. 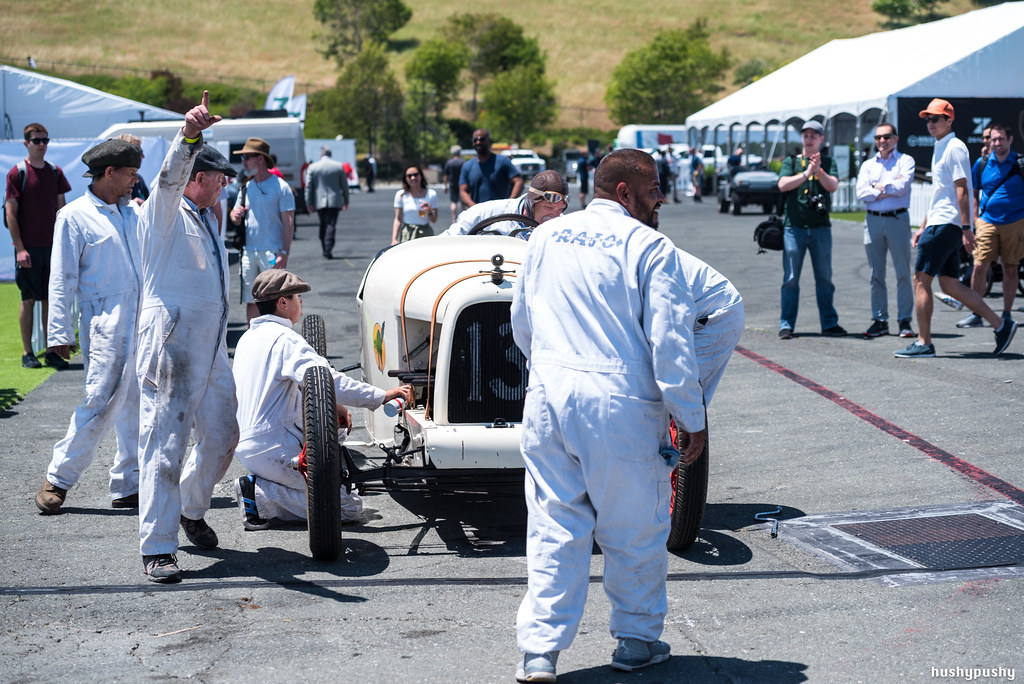 A squirt of starter fluid… 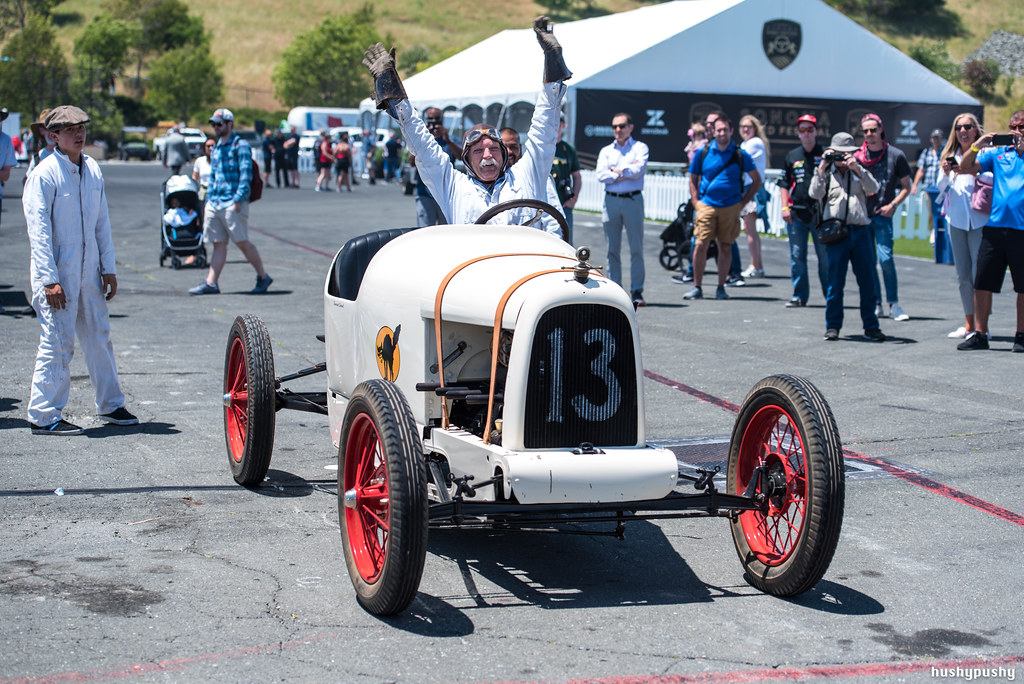 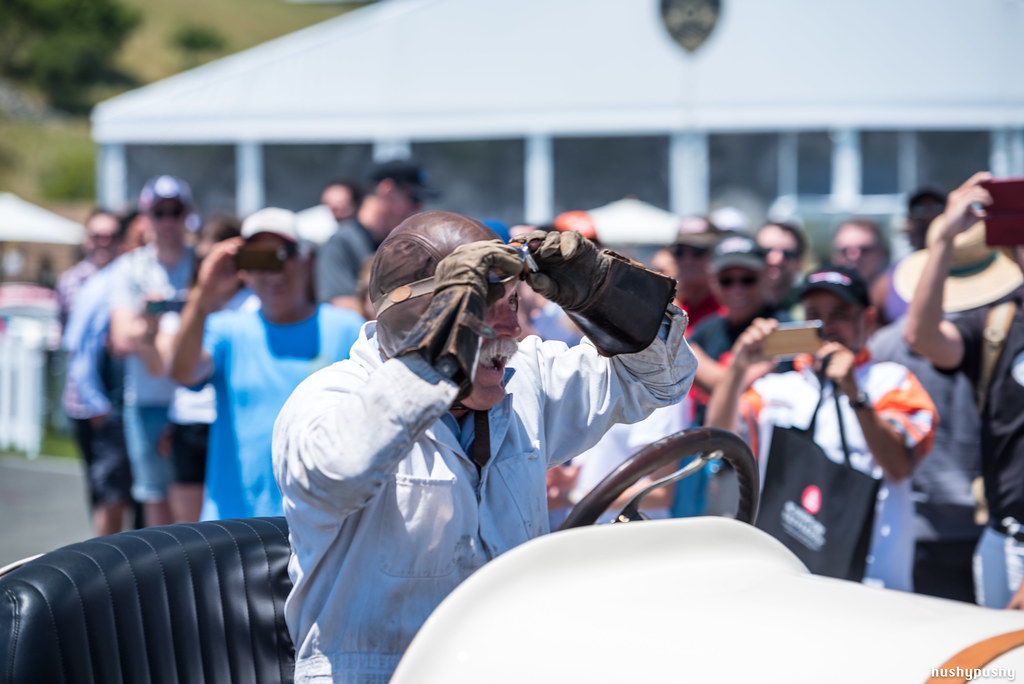 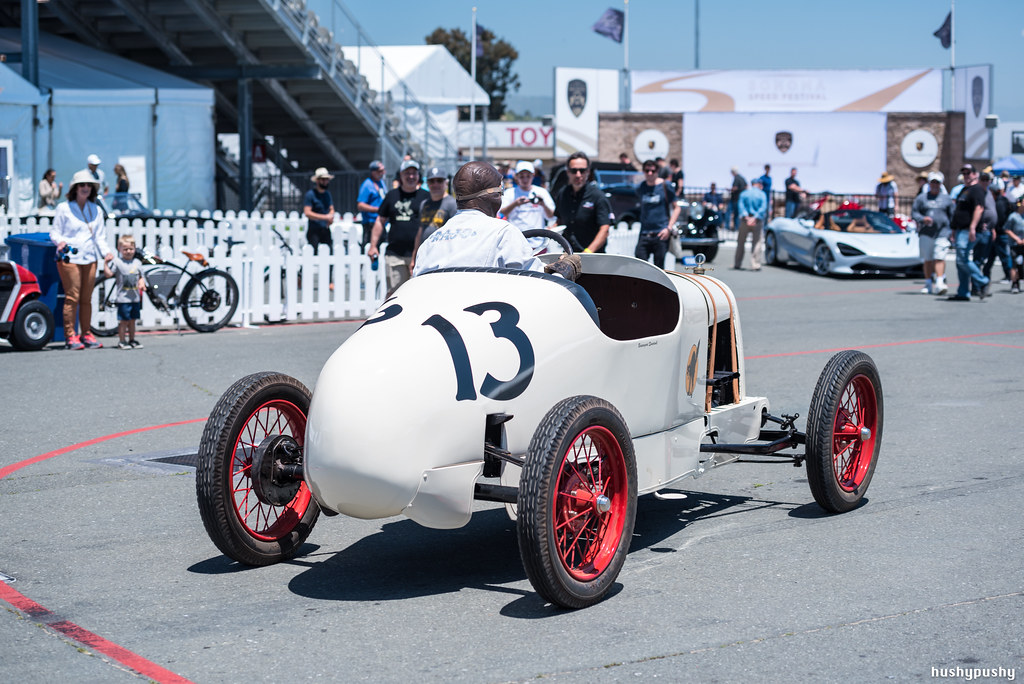 And there it goes. Nine minutes after shutting it off, the car had been torn down to a chassis sitting on the ground and rebuilt into a running car again. Nine minutes! You gotta admire the simplicity of a Ford Model T. 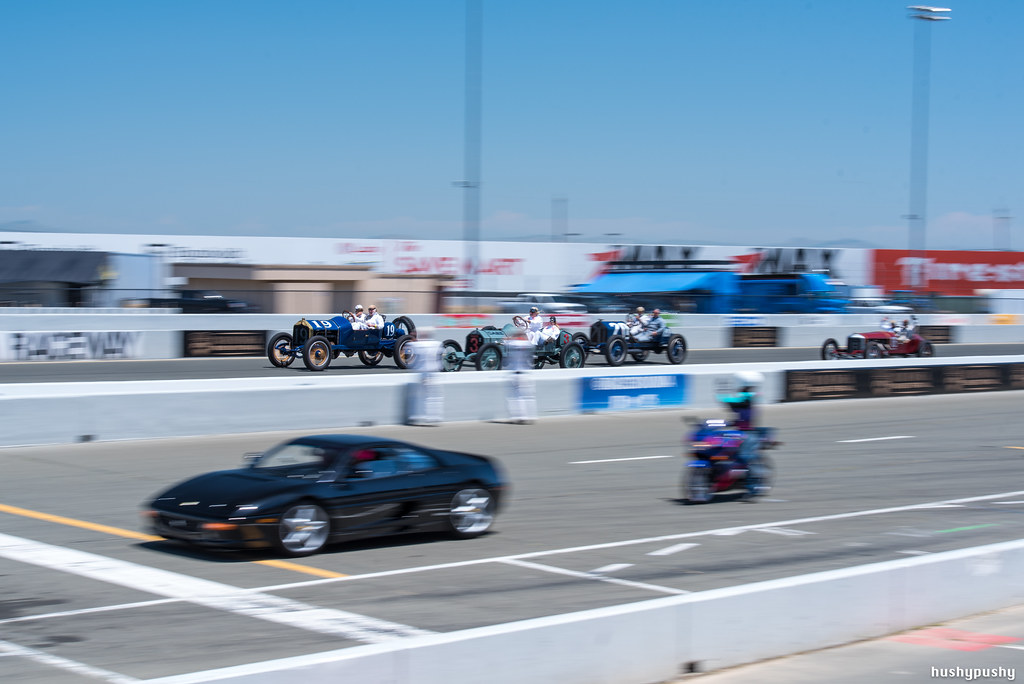 I made my way to the grandstands just in time to see the finish, where they were all driving together. 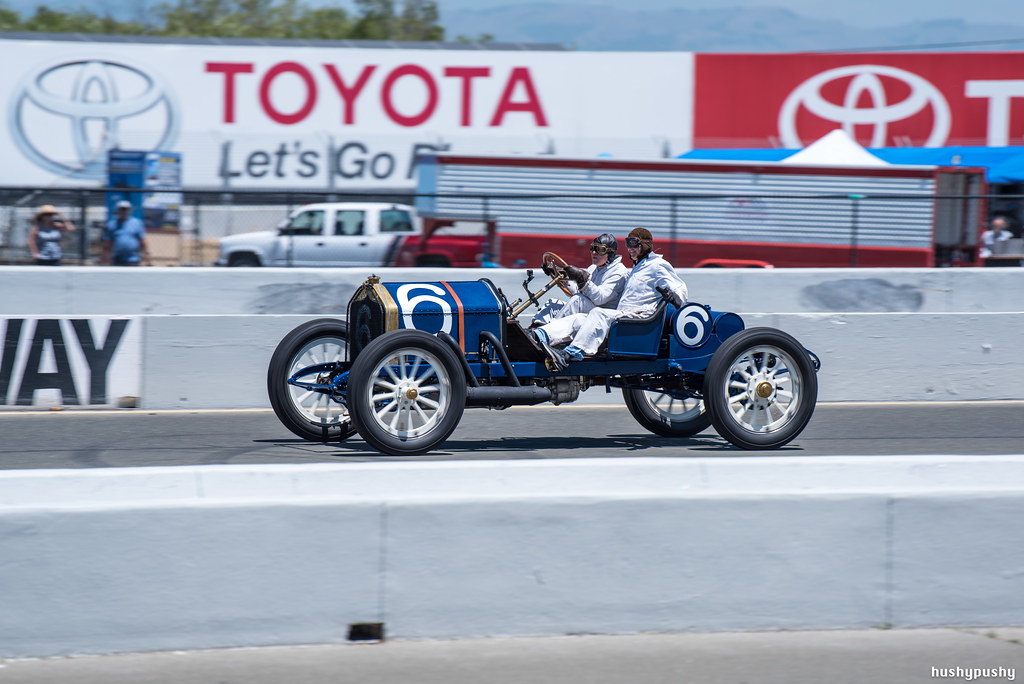 Well, except for a couple of Nationals in the way back. But at least there were smiles on their faces!