If you’re looking for a Porsche zeitgeist, look no further than the R Gruppe meet held every month at European Auto Salvage Yard (EASY) in Emeryville, California. 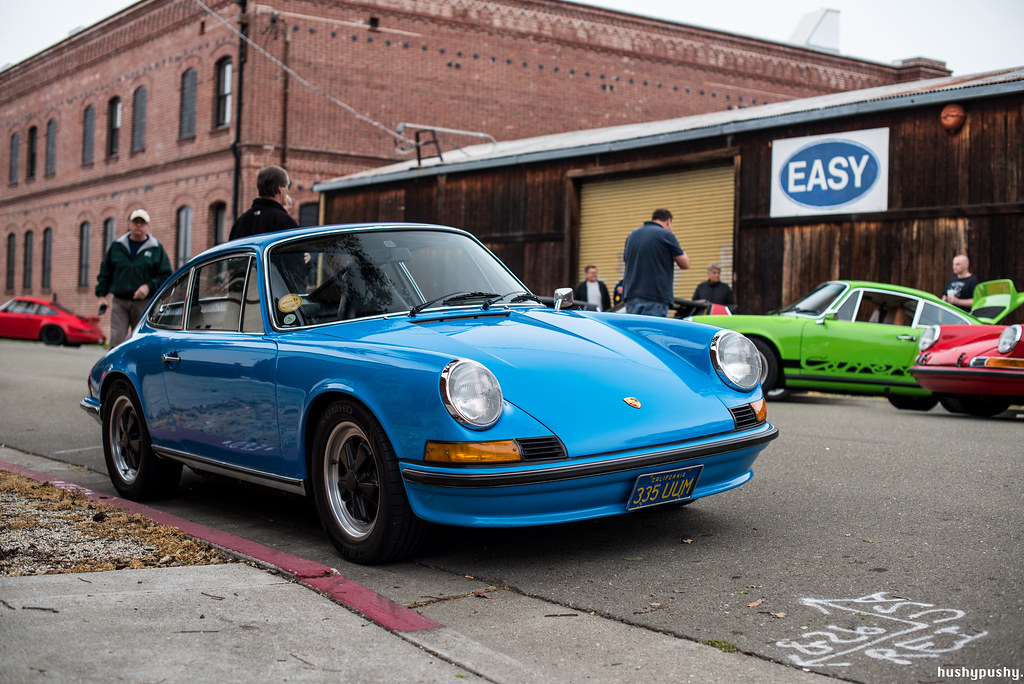 Despite the “European Auto” part of its name, they have evolved to be essentially a Porsche-only store. 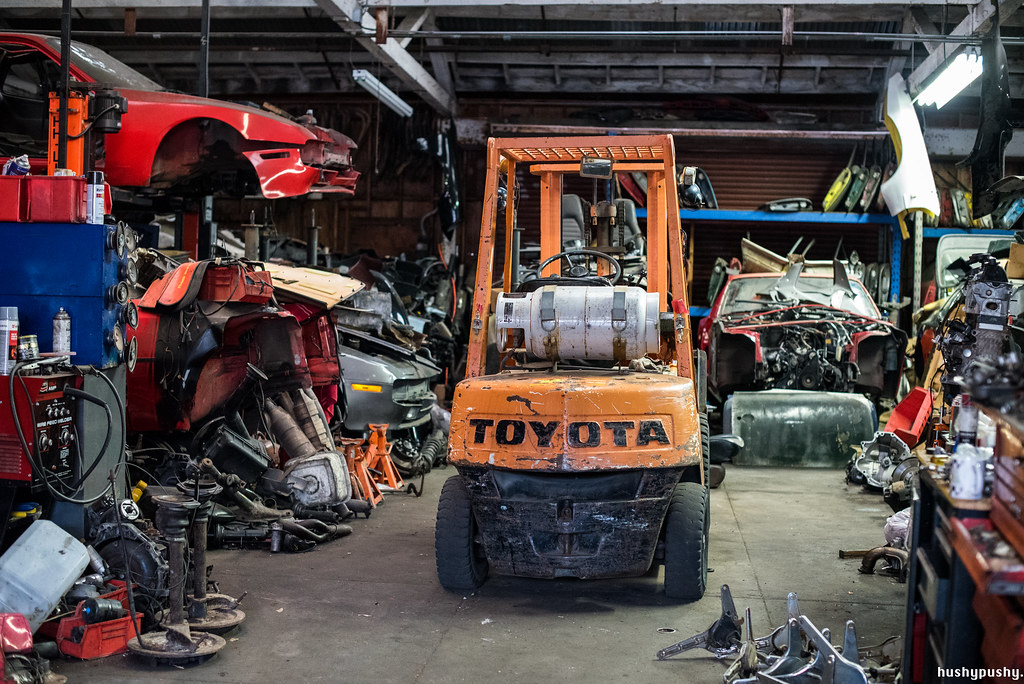 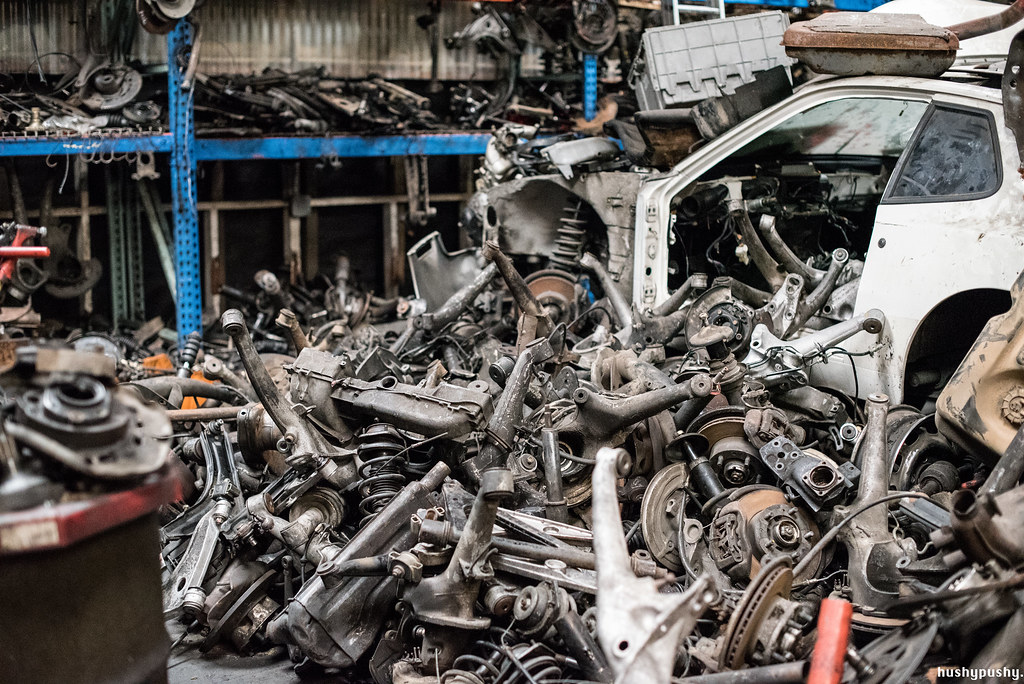 The inside can best be described as “organized chaos”. Hundreds of similar parts are all piled together. 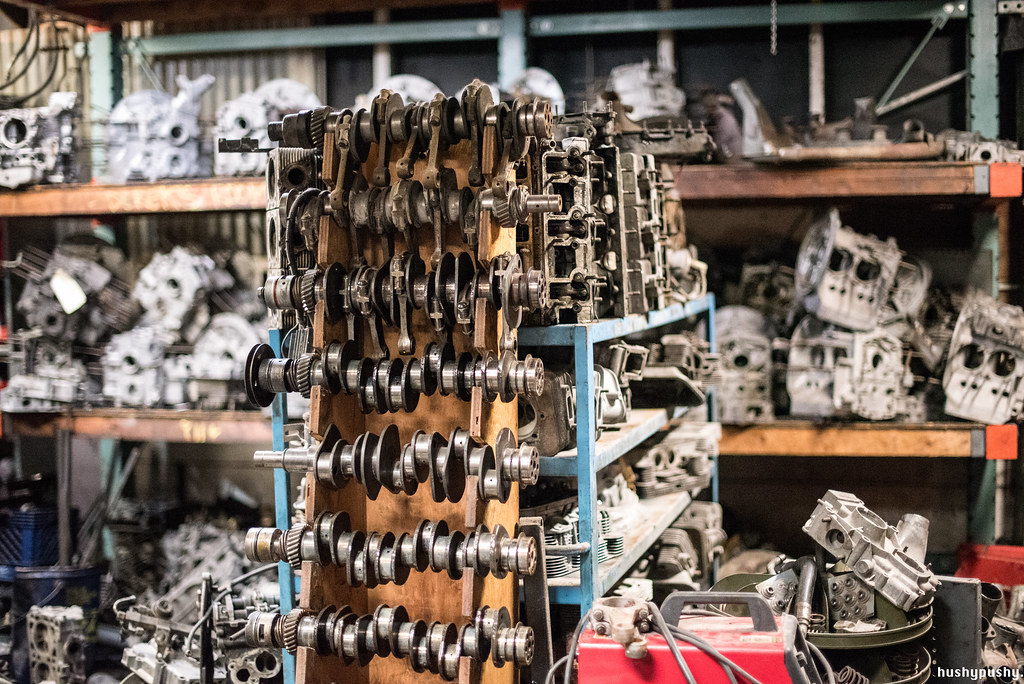 At least there’s a rack for the crankshafts. 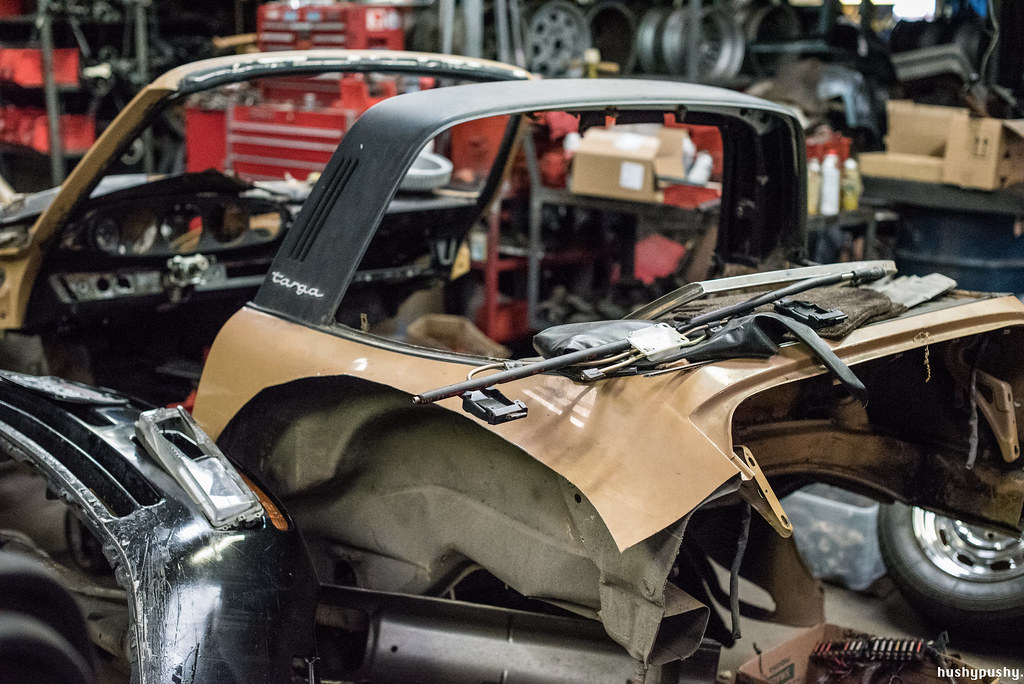 There are several old chassis laying around, but most of them have been picked over quite extensively. 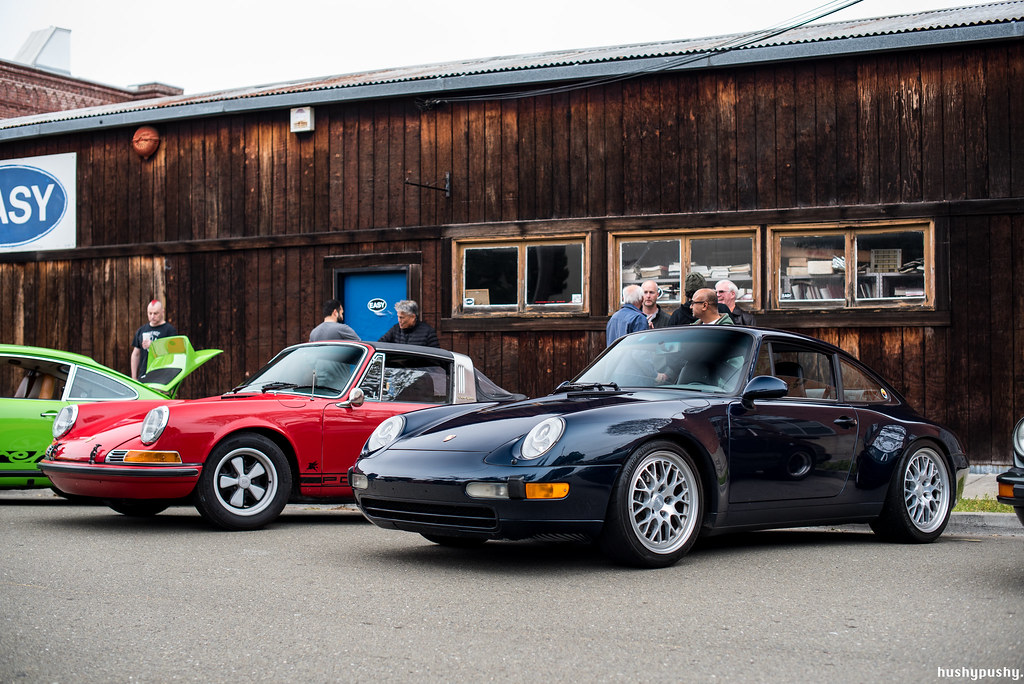 But what we really came to see were the complete cars. As usual, I met up with Art in San Francisco and we cruised over the Bay Bridge in his 993. 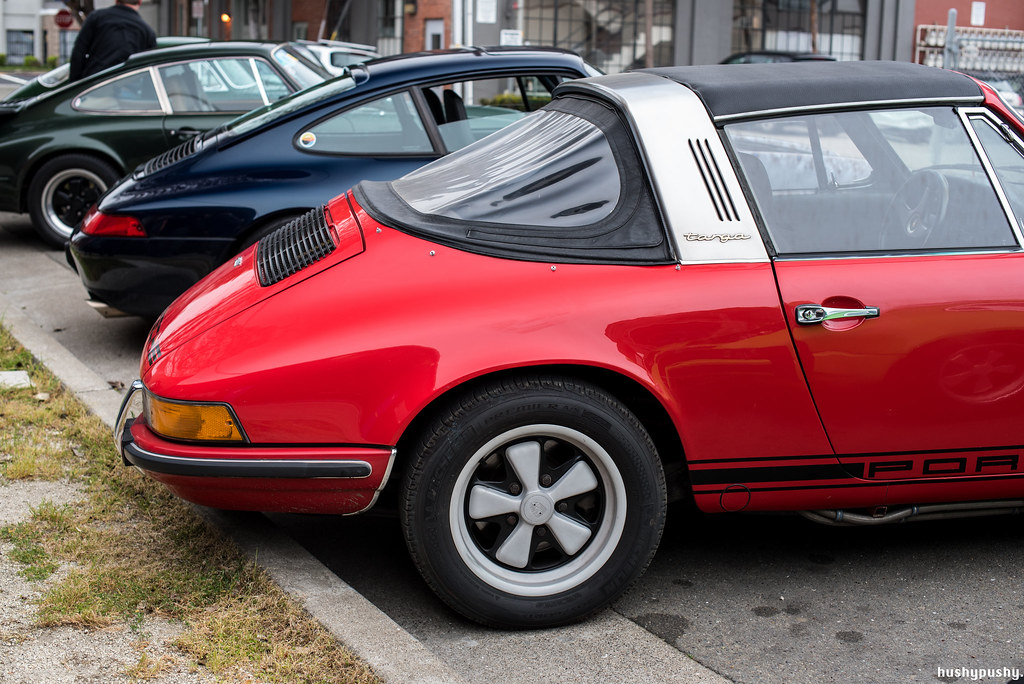 A rare soft window Targa…definitely better looking when the top is down! 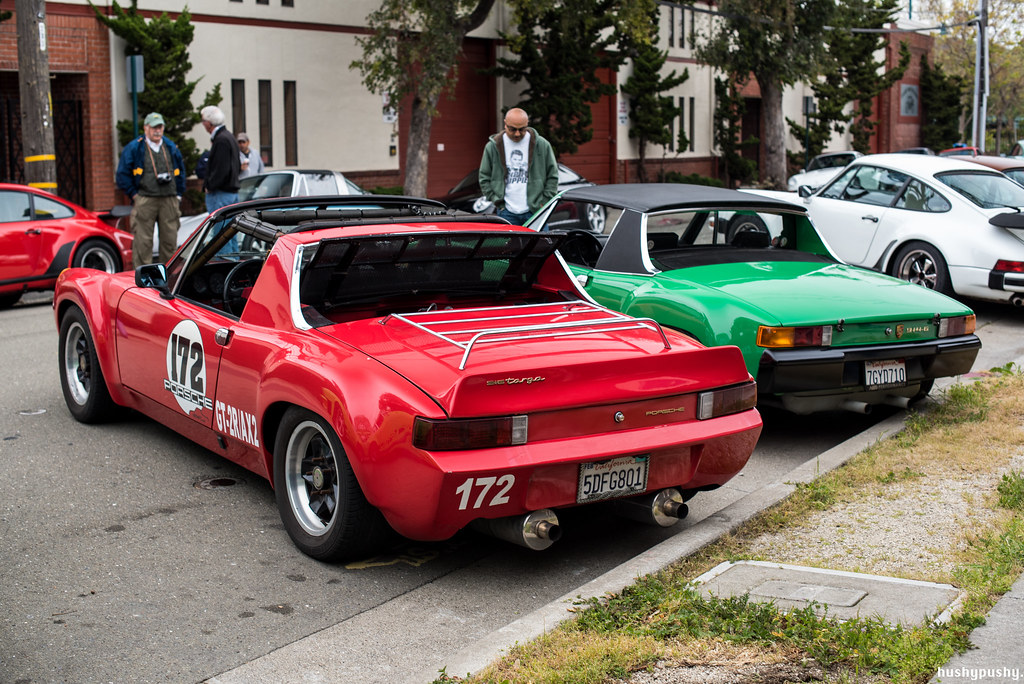 914’s seem to be making a comeback. Any air-cooled Porsche has a future, it seems. 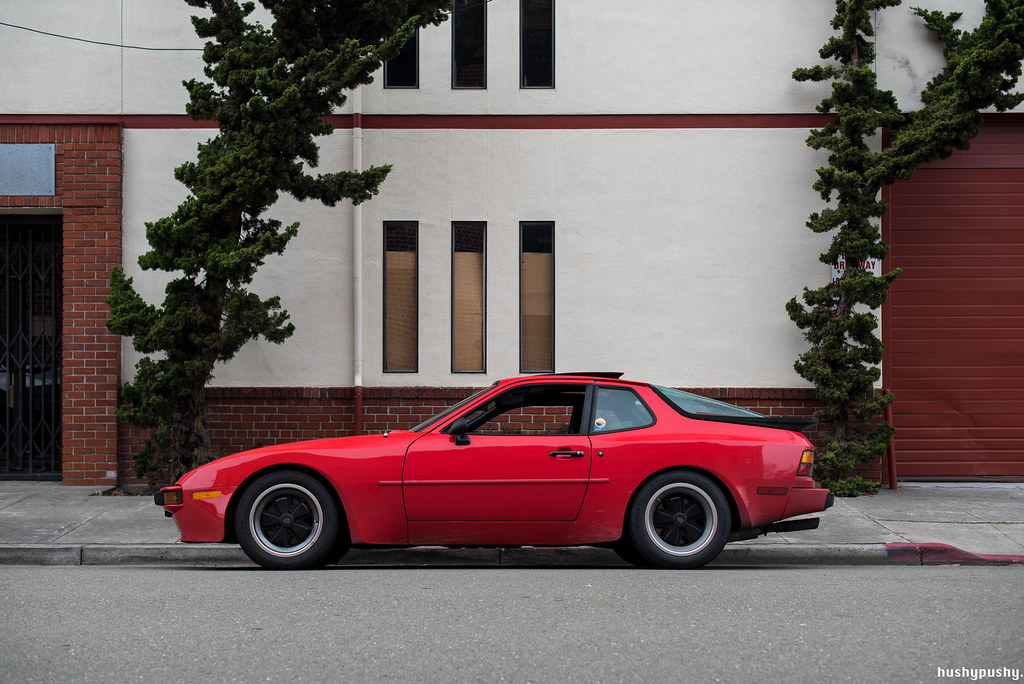 Gotta give a shoutout to some of my friends. First Lane in his 944… 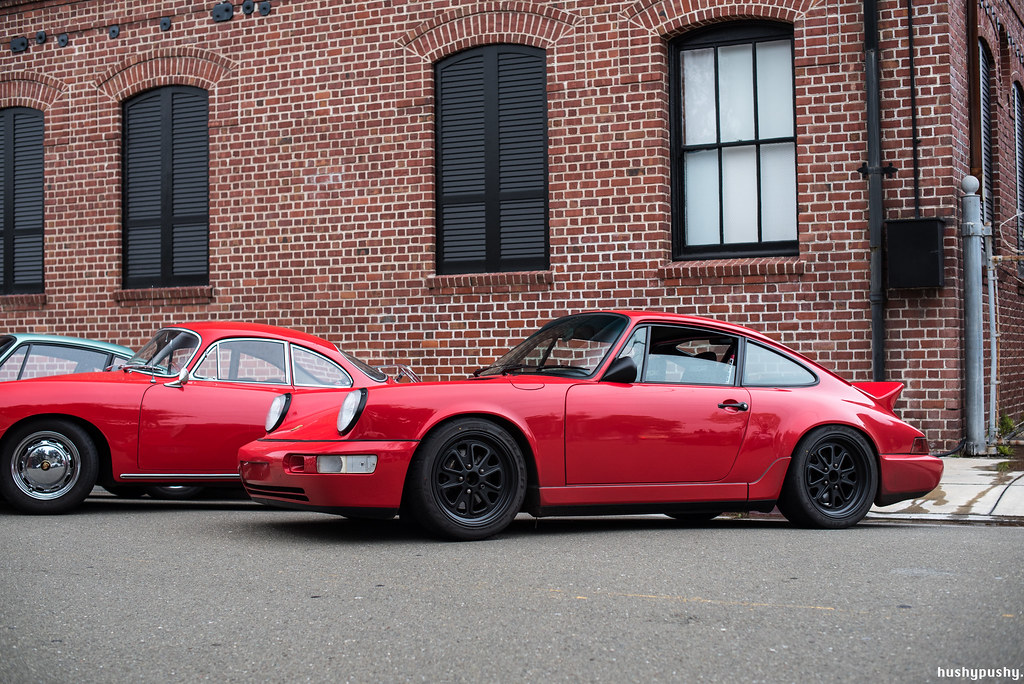 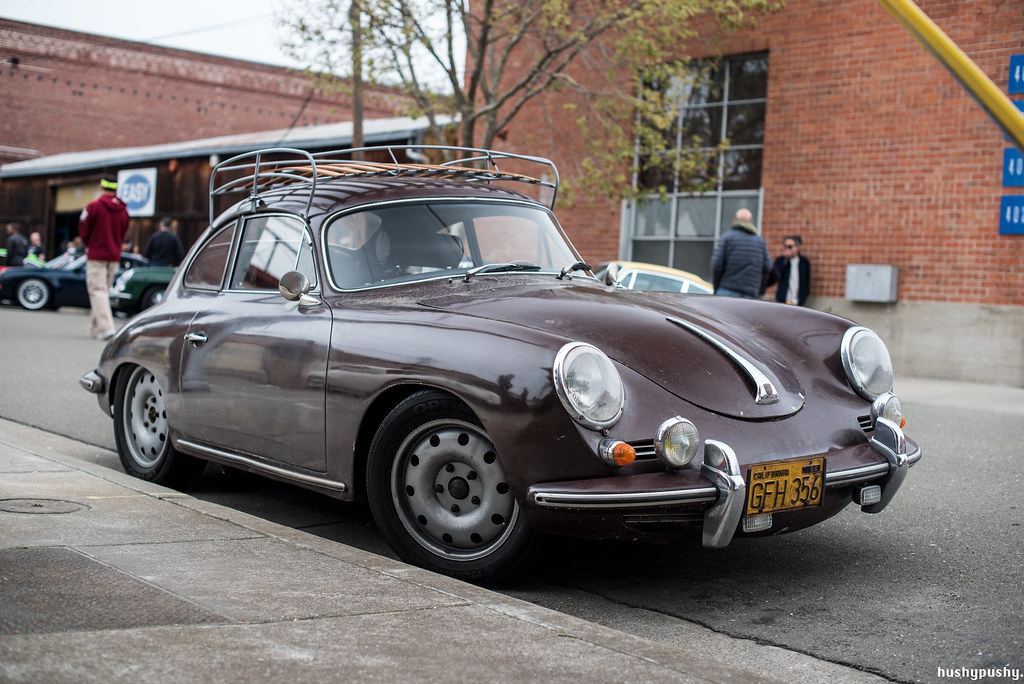 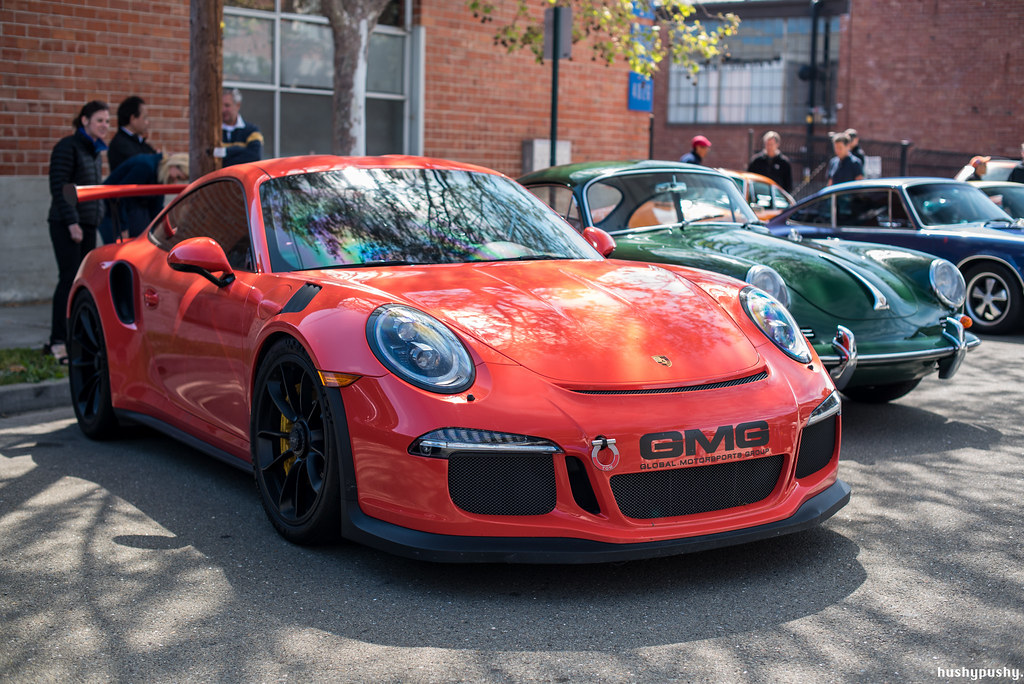 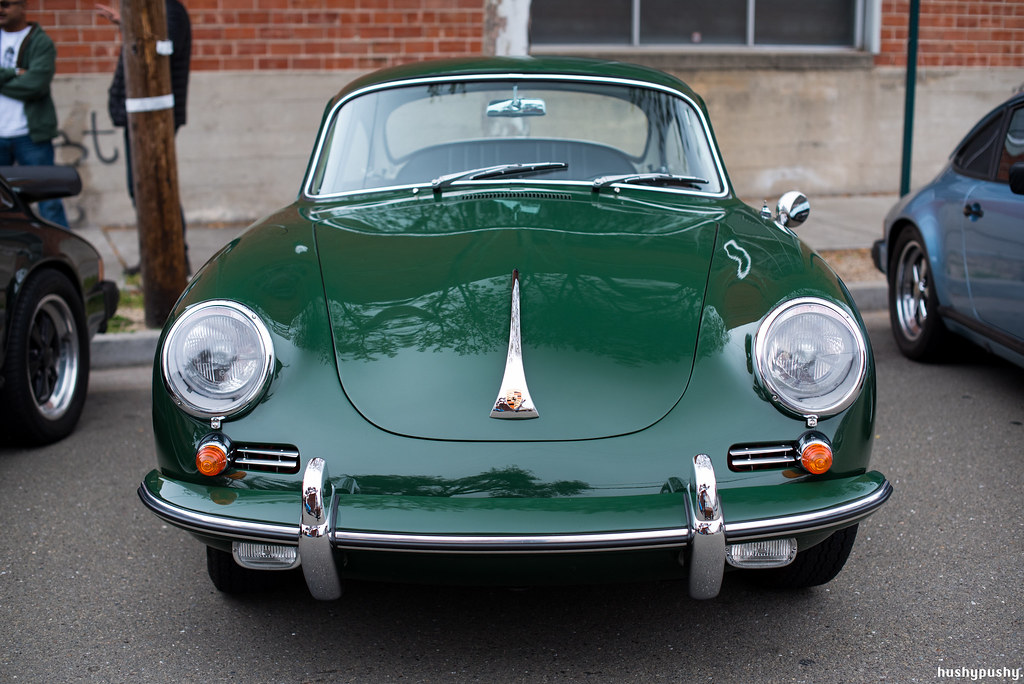 Most of the cars there were of the old air-cooled variety. I love modern Porsches, probably more than the next guy, but there’s just so much character in old Porsches. 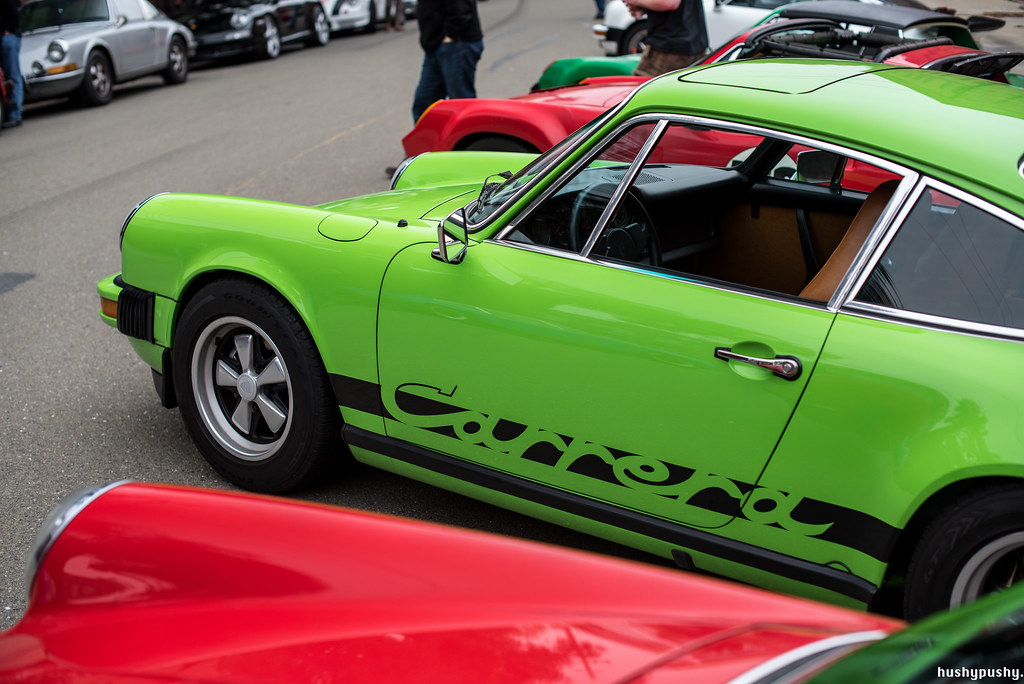 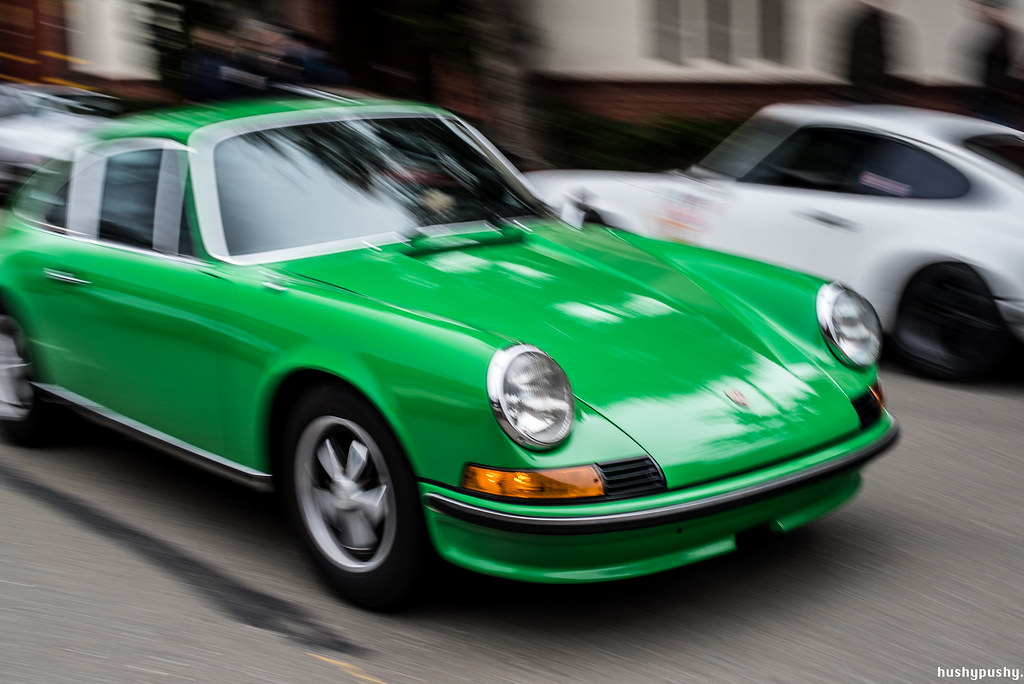 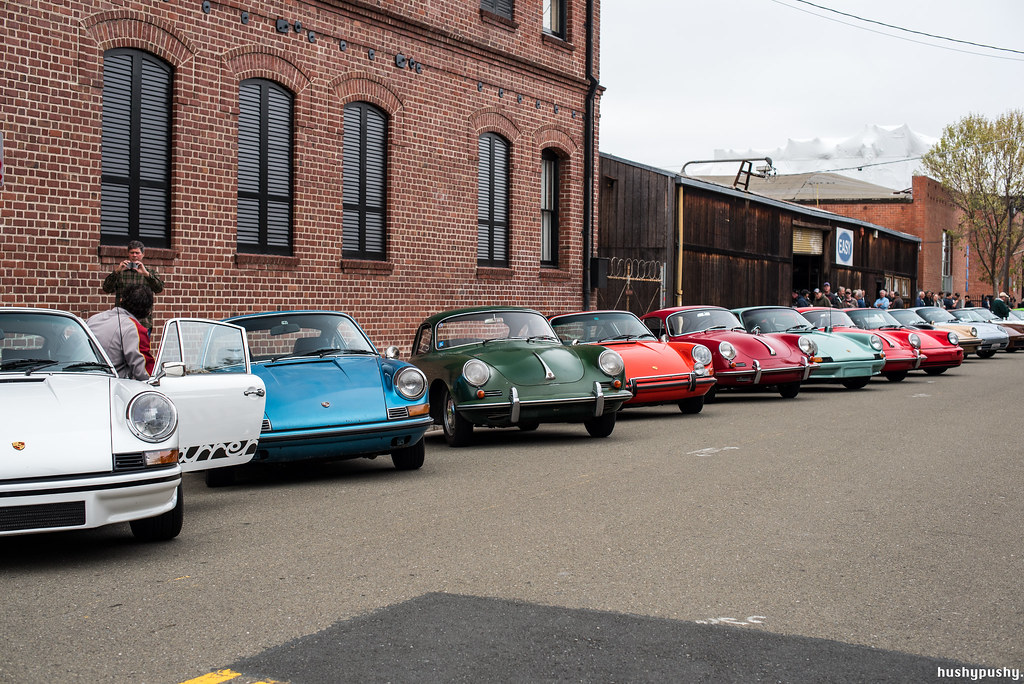 And it doesn’t stop there–there are so many colors that it’s almost refreshing to see a white, silver, or black car. 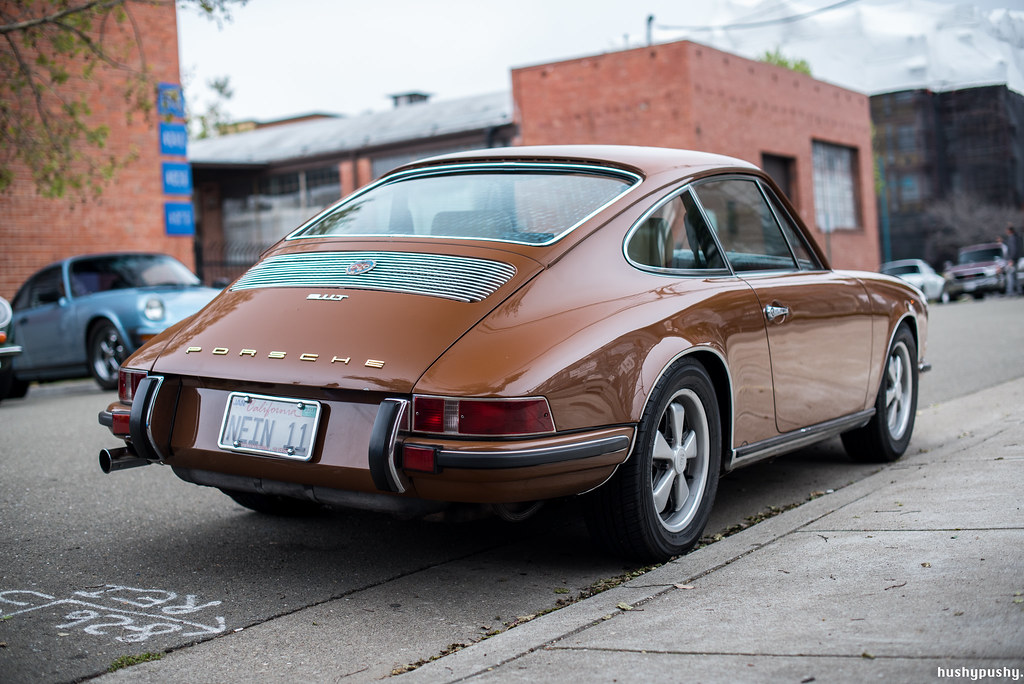 What kind of sports car looks good in brown? For some reason Porsches can always pull it off. 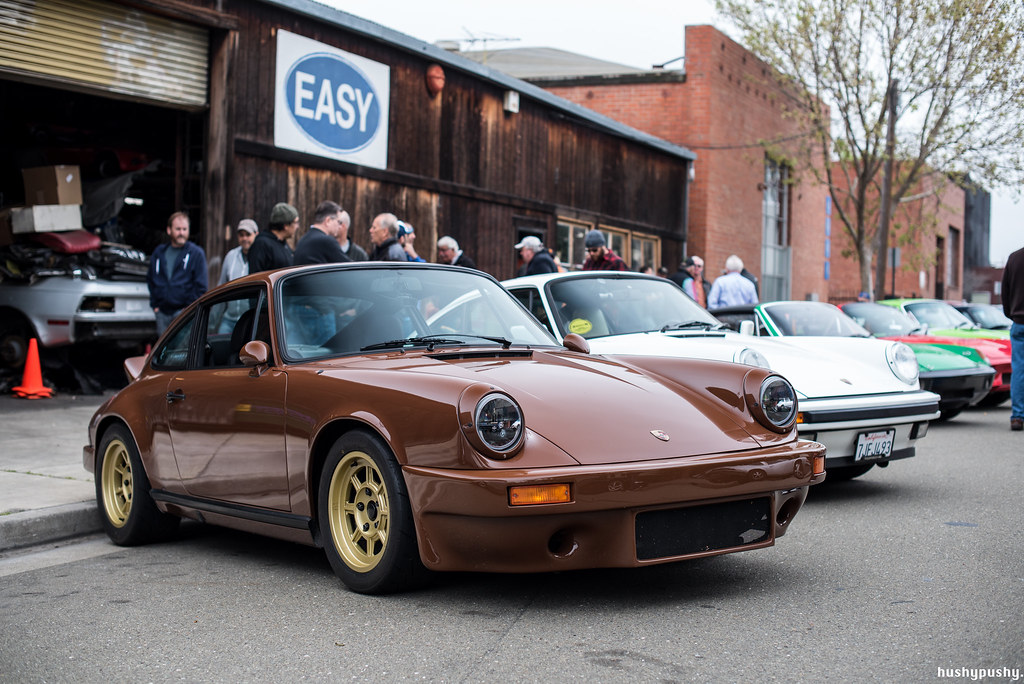 This car is interesting, because hiding inside the sugar scoop lights are modern LED lamps. 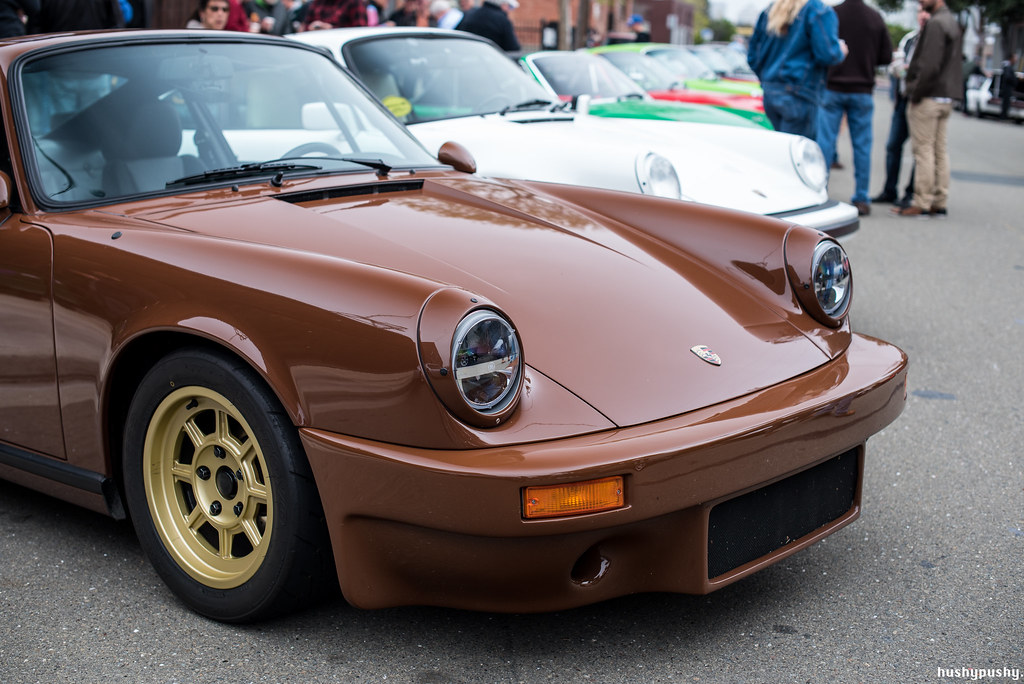 Pretty trippy, eh? I would be all over those lights if they didn’t say “GE” right in the middle. 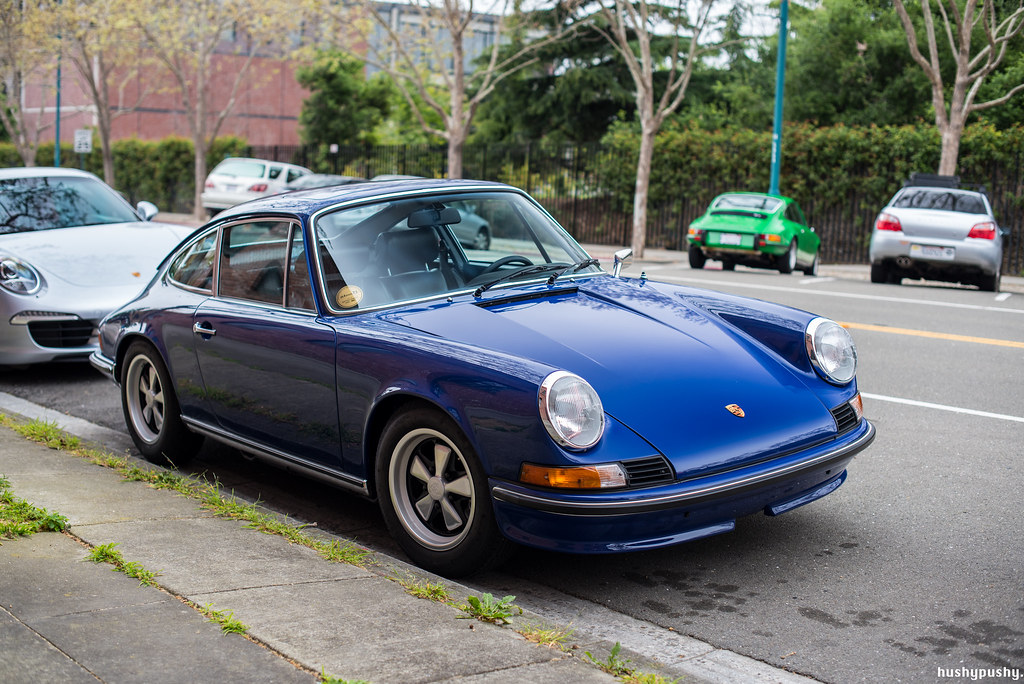 You could whine all day about how popularity “ruined” the air-cooled scene, but I prefer to think of the positive aspects. Lane mentioned how the R Gruppe meets of a few years ago were “six dudes standing next to their cars”, but there were so many people at this gathering that even incredibly sexy cars were spilled out onto the side streets. 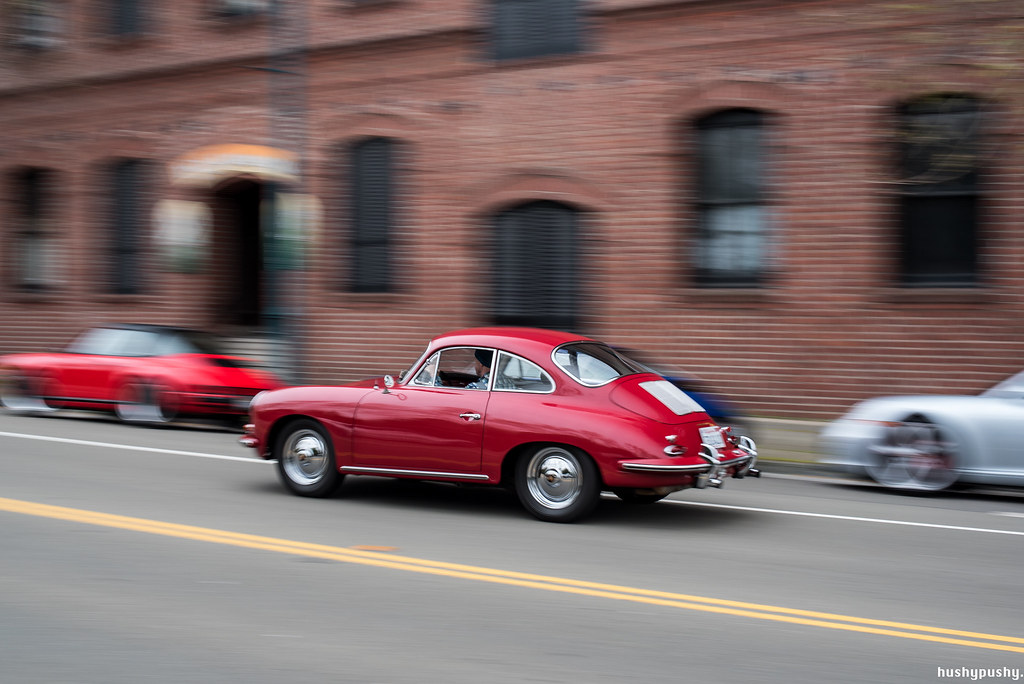 Now that’s what I call traffic! 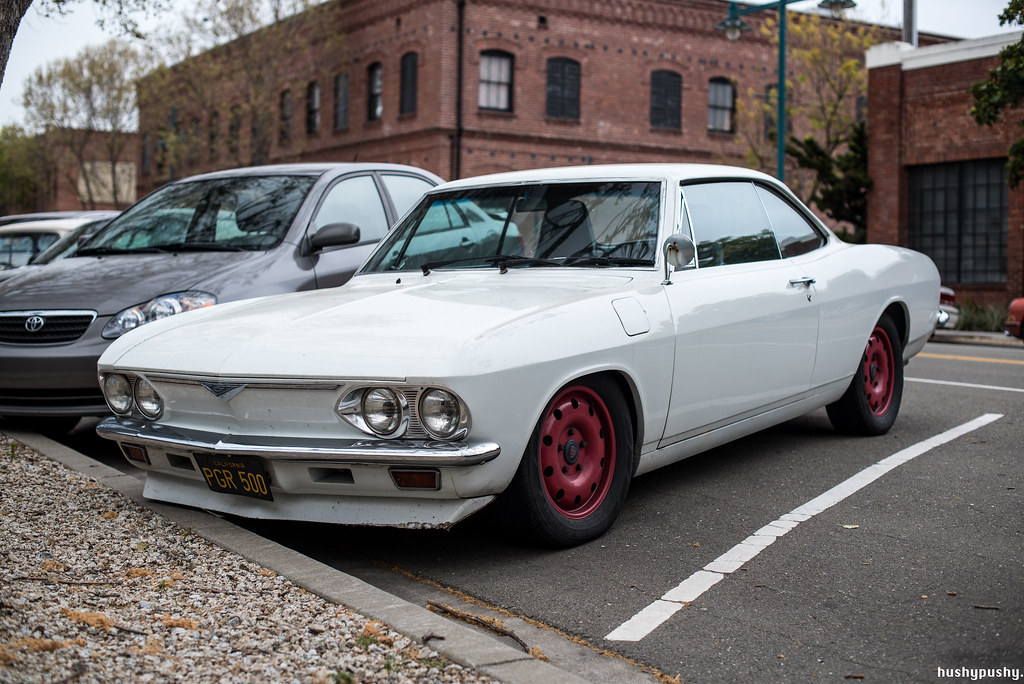 This Chevrolet Corvair is clearly not a Porsche—or is it? Many of its key components have been swapped out for Porsche gear. Not only is it running an air-cooled Porsche flat-six, but it has some other details… 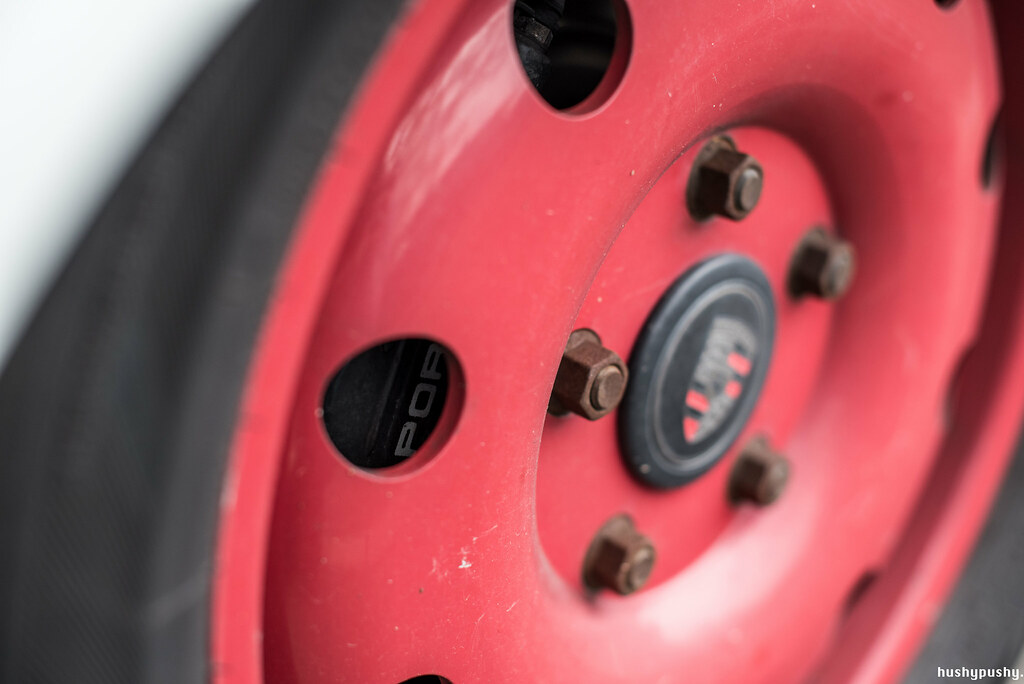 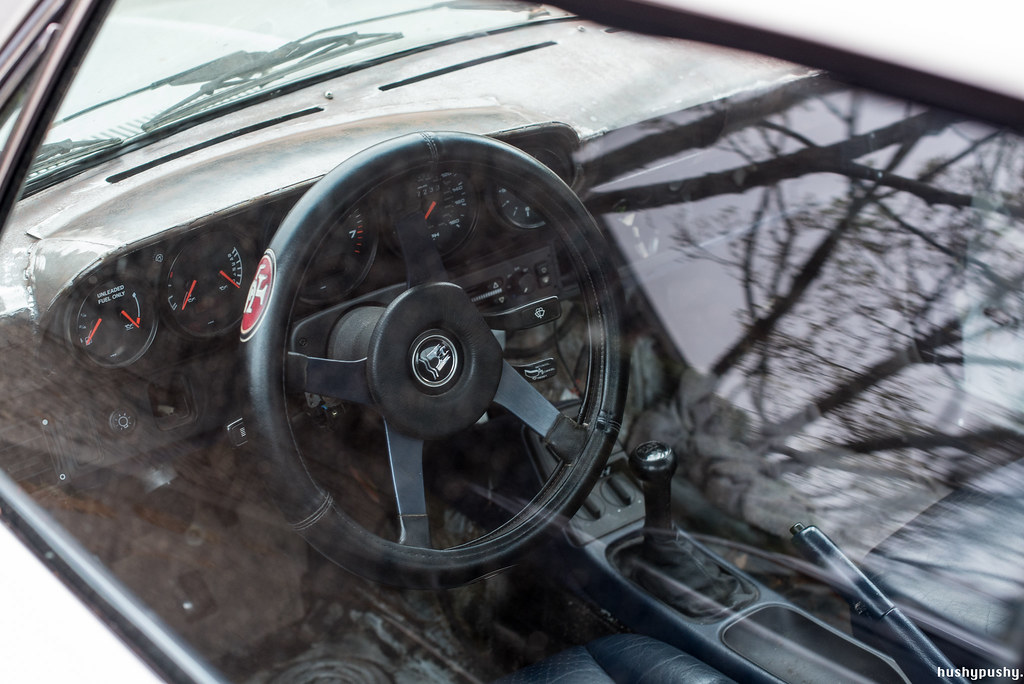 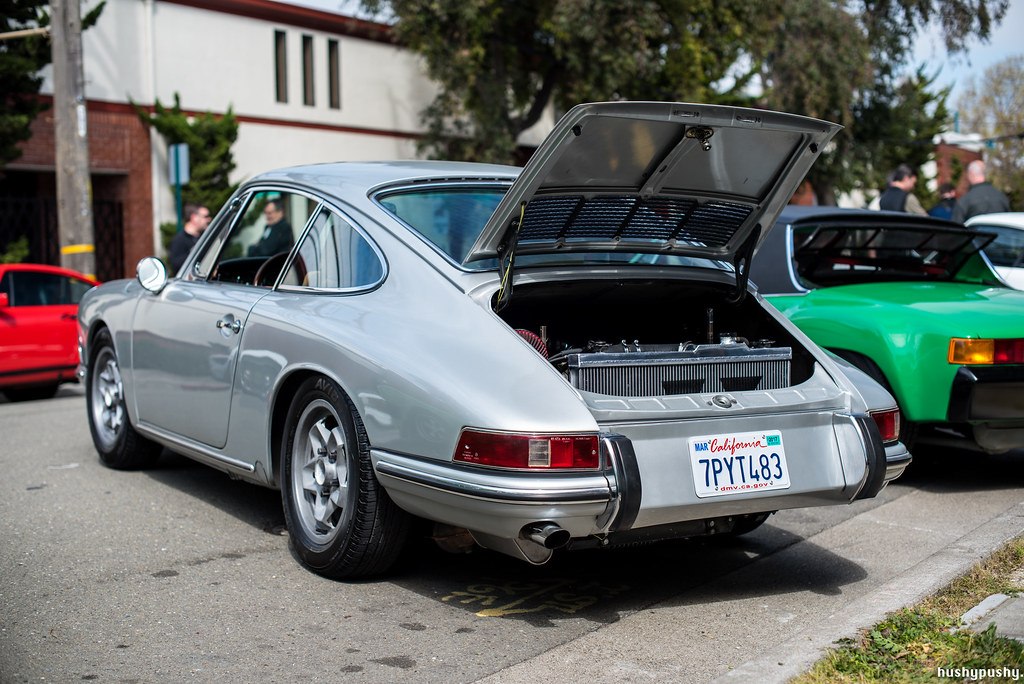 Speaking of unique, how about this? 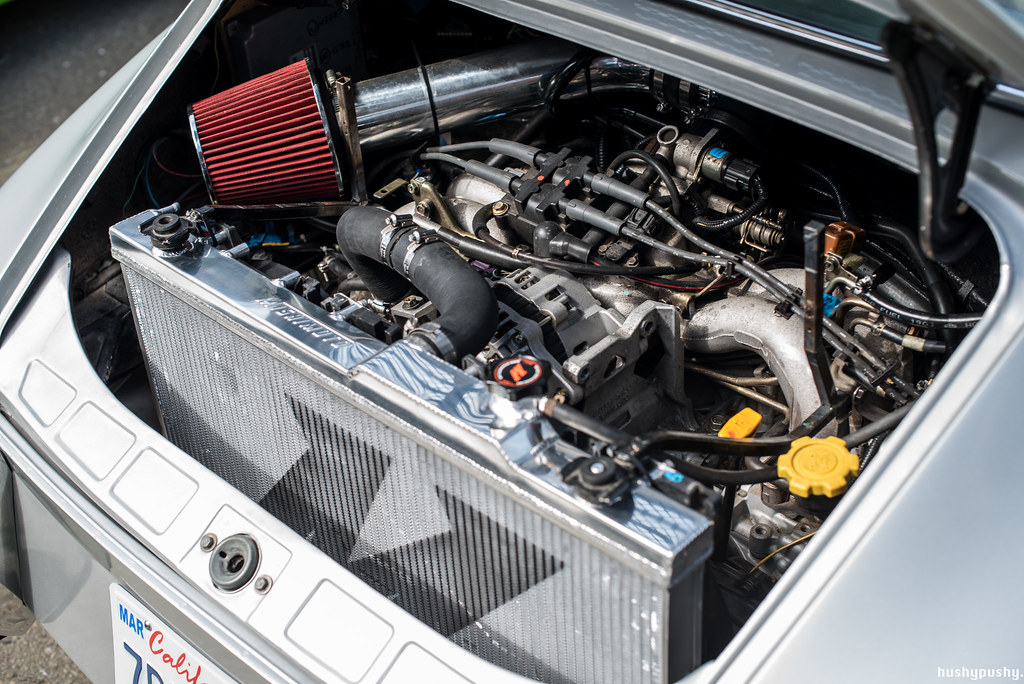 Water-cooled Subaru boxer in a long-hood—genius, or blasphemy? I’ll let you think about that one. 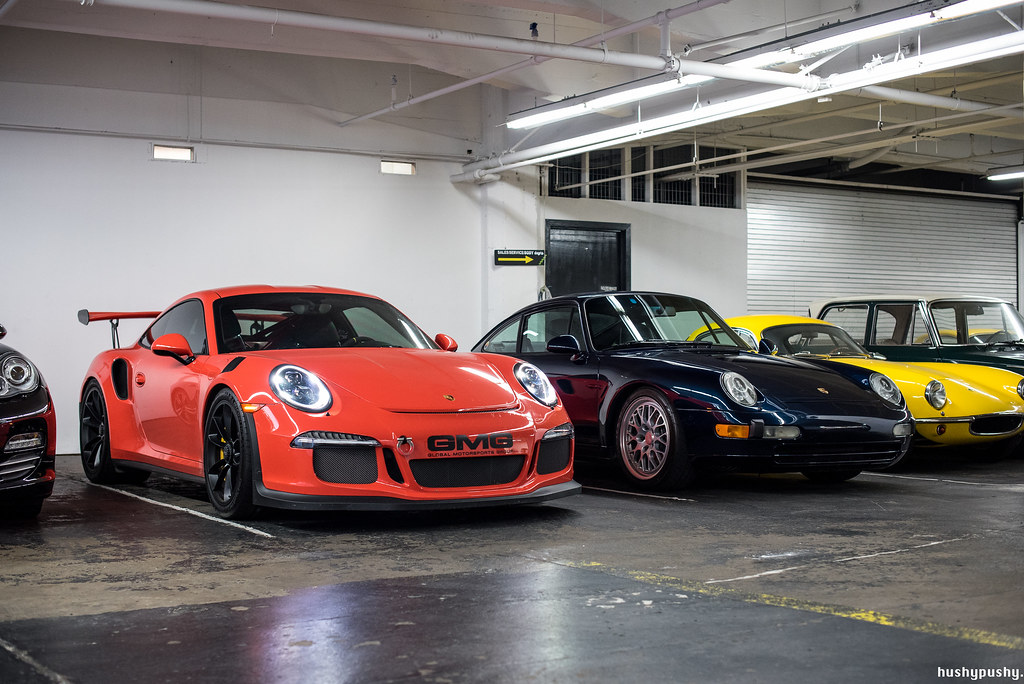 Oh, and one more pic of when we stopped by Cars Dawydiak in San Francisco on the way back.

One thought on “EASY Does It — Emeryville’s Monthly Porsche Meet”