That face you make when you know you’ve made a huge mistake. 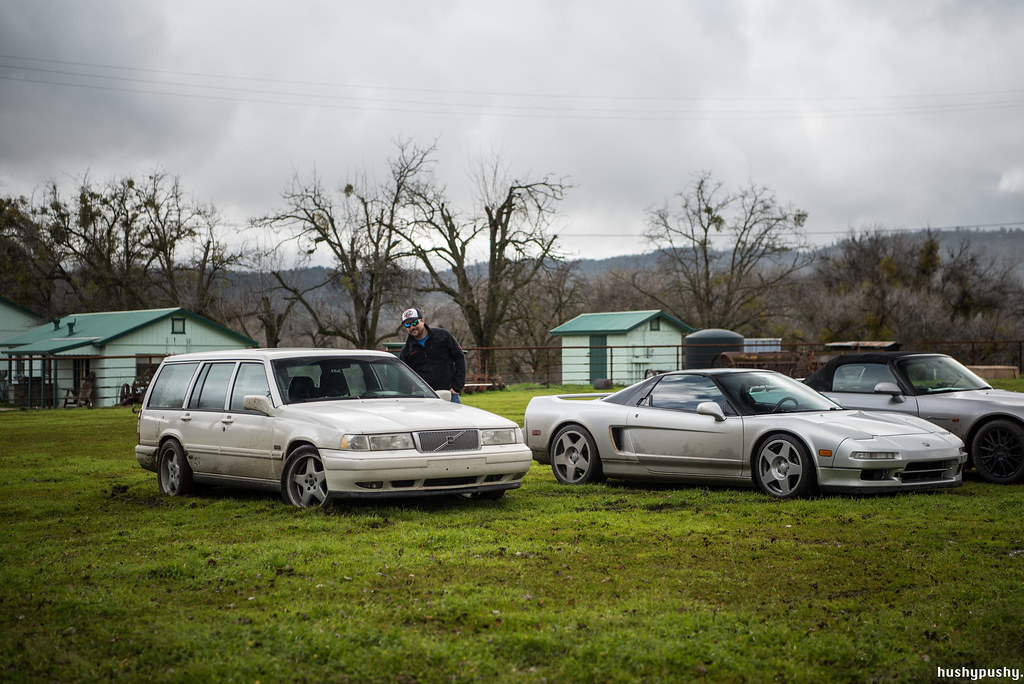 Given that it had been raining and would certainly start raining again, I don’t know why any of those guys drove into this pasture, but it was definitely a huge mistake for Drew. He maneuvered his LS1-swapped 1997 Volvo V90 directly into something a bit too squishy for summer tires, and then stopped. 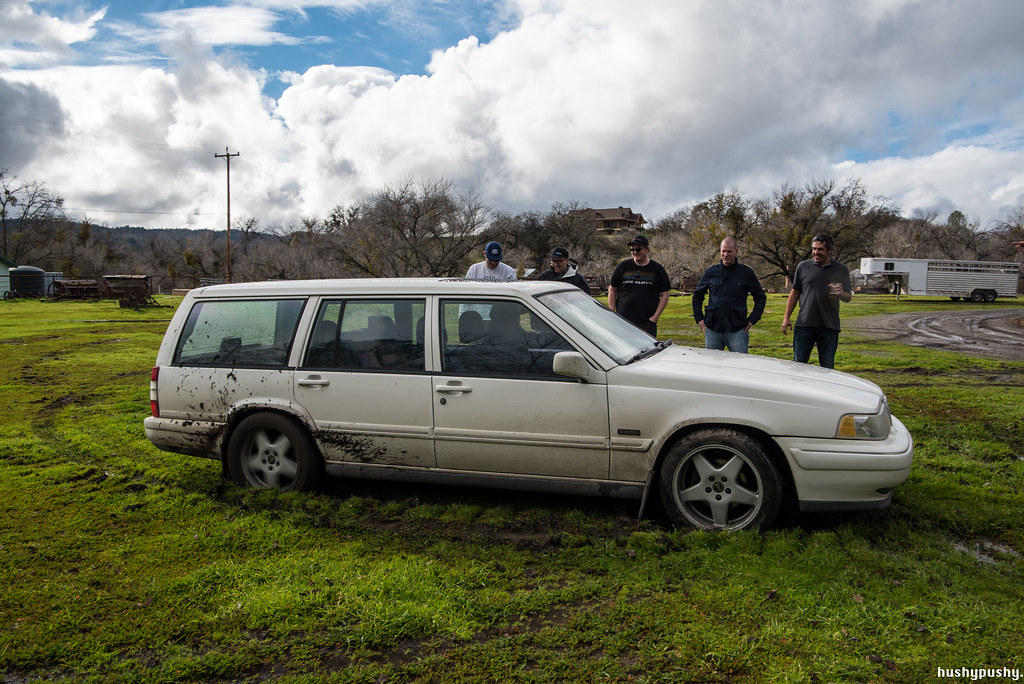 We just stood there and watched him attempt to break free from the grip of brown ice. 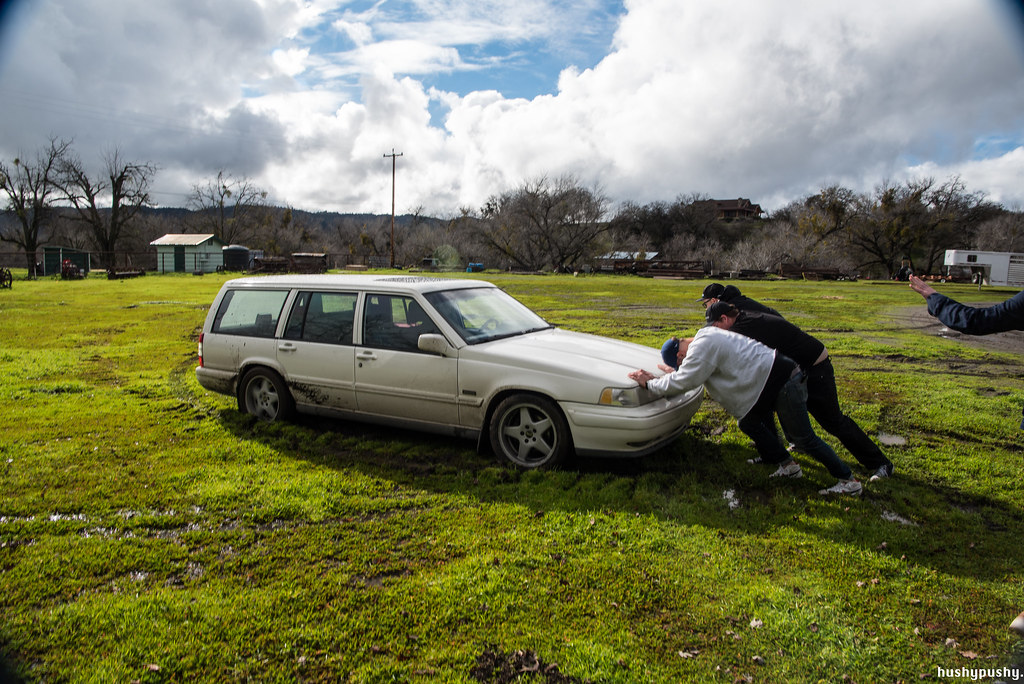 Okay, and then some guys jumped in and went fully rally-style. Unfortunately, that didn’t work, and a few more guys jumped in—to the trunk. We had two or three guys in the hatch, and two on each side pushing on the A and B pillars. Machine and man alike struggled for grip, but eventually–and I mean eventually, it was way more of an ordeal than I think anyone expected–he made it out of the mud. 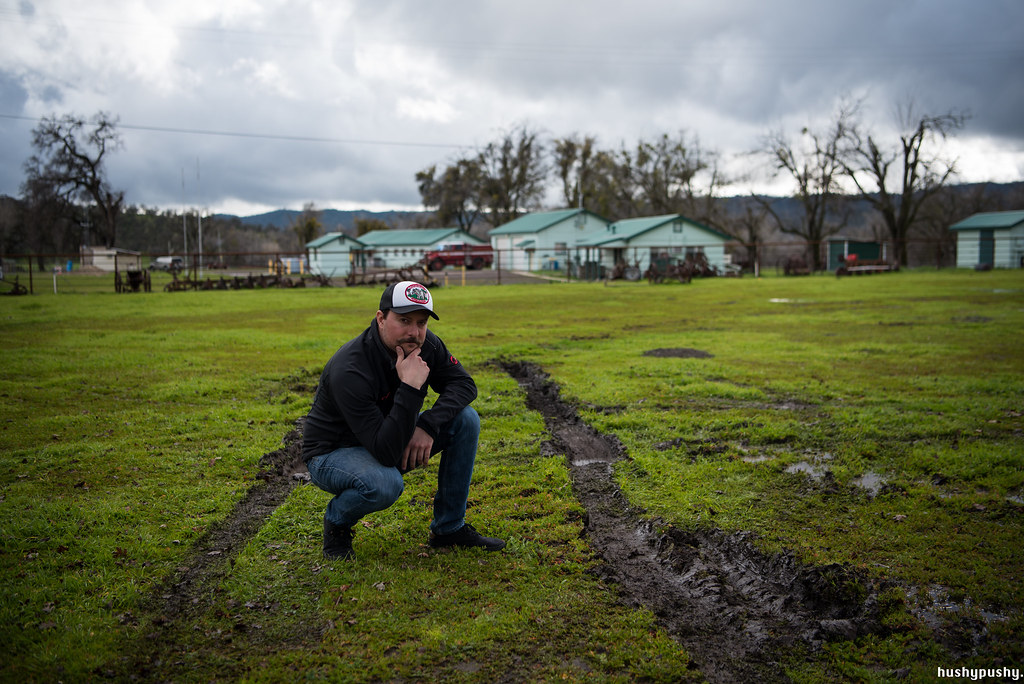 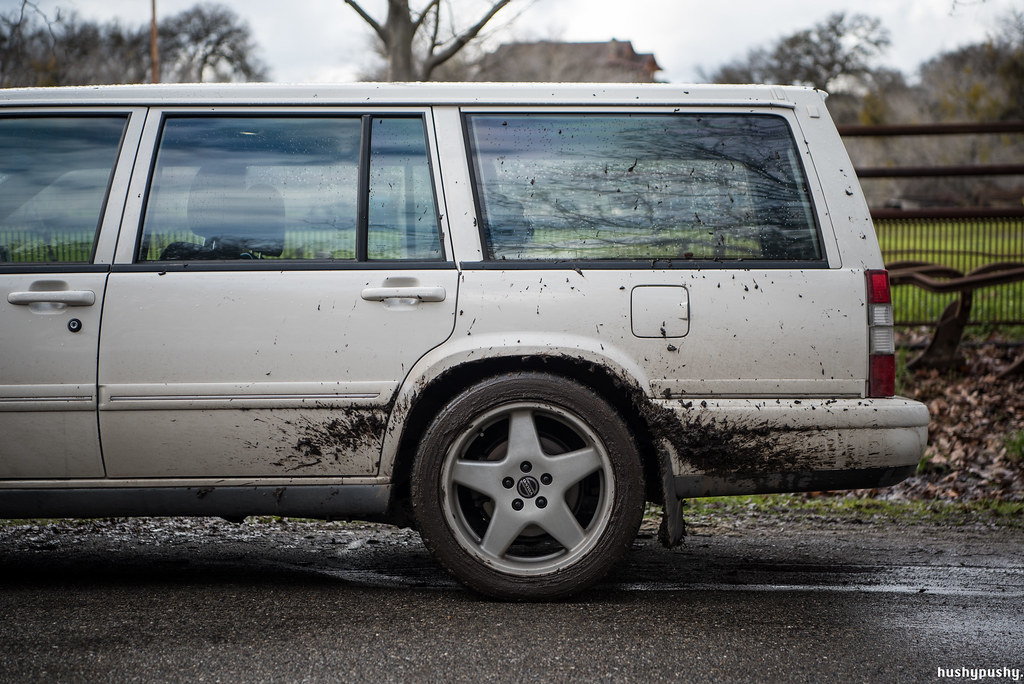 And who says people never use their mudflaps? 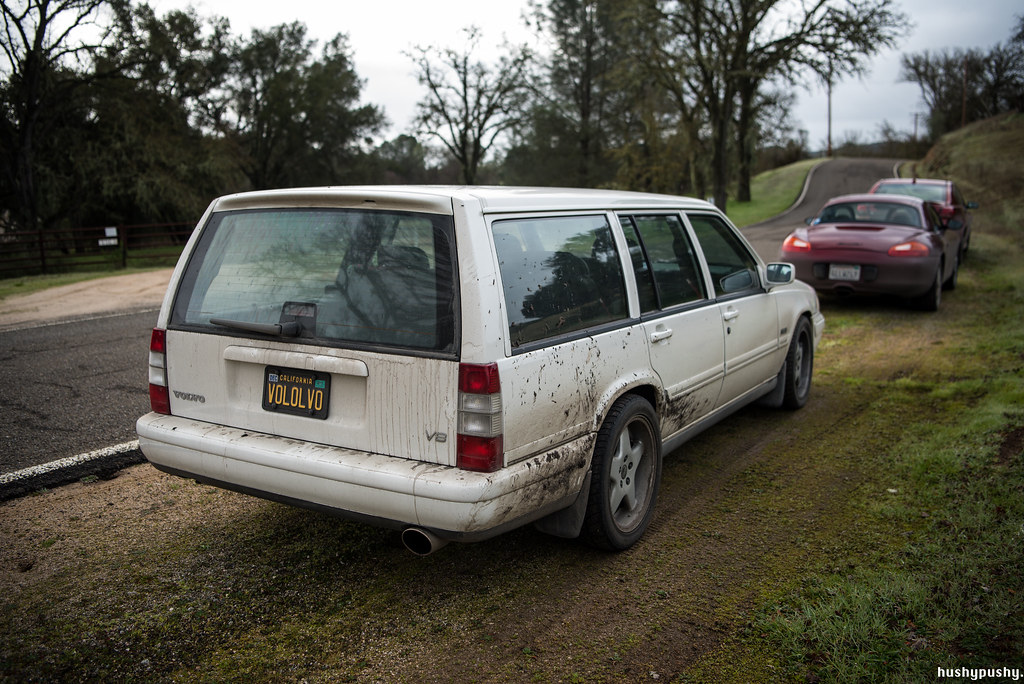 It was a hoot cruising through the twisties and seeing this thing in my rearview mirror. 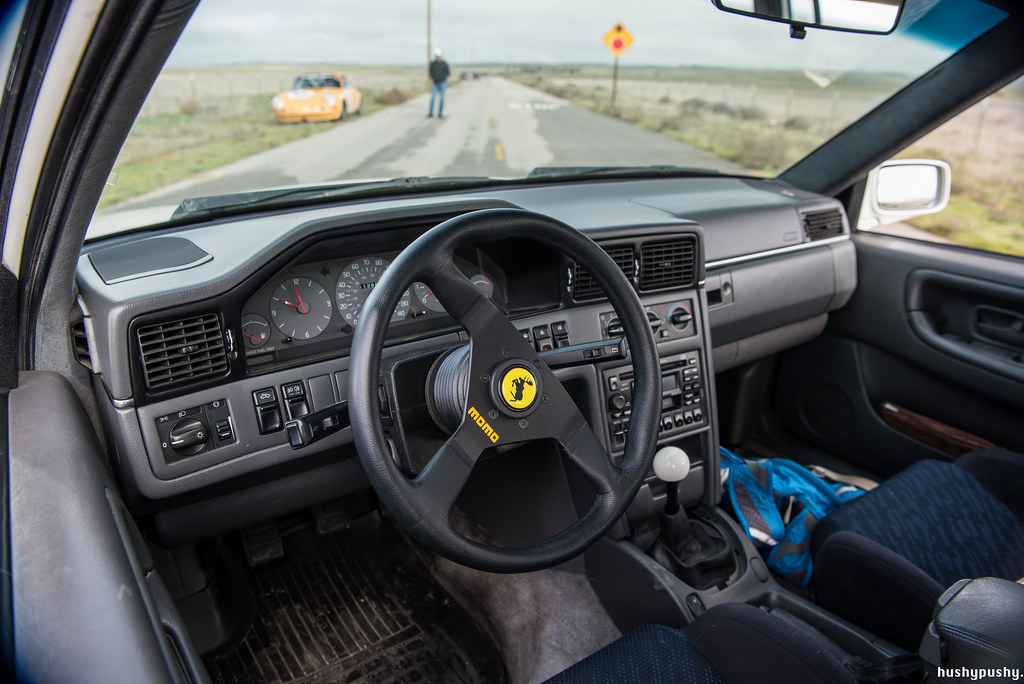 In case you’re wondering, it has a pretty modest interior, featuring WRX seats and a Momo wheel with a “Prancing Moose” horn button. The transmission is, of course, a 6-speed manual. 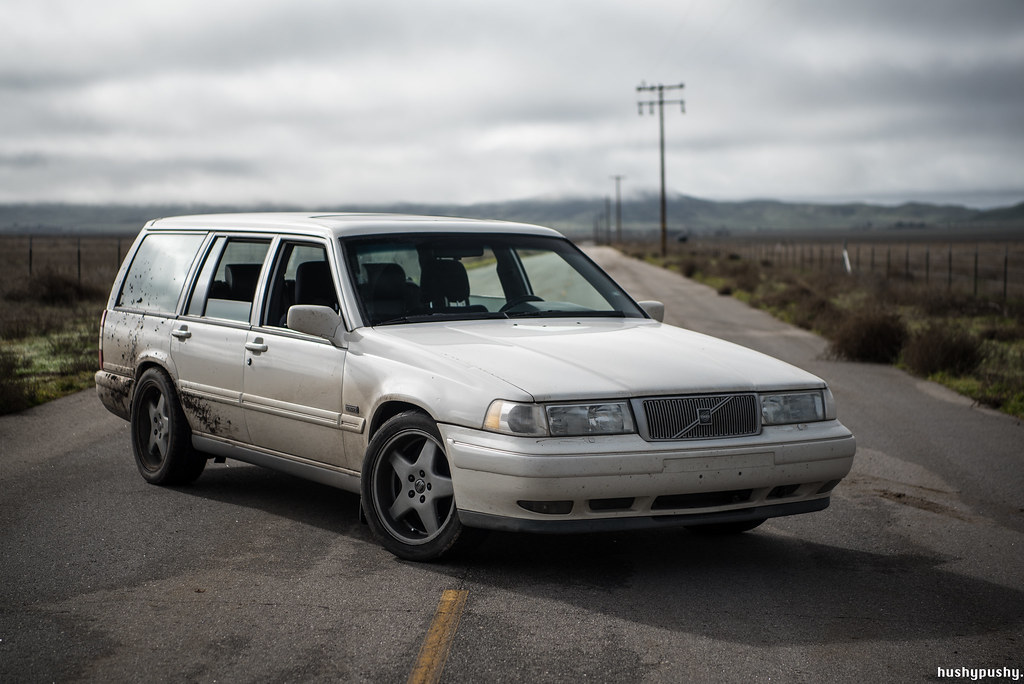 After all that rally nonsense he wants to make it a little sportier in the handling department, but I think the sleeper vibe is way cooler. Sure the tires are a bit too small, but I feel that giant wheels with flares and huge brakes would throw this thing off a bit; I really like its loud cruiser vibe. And yes, with the exhaust valve open, it is extremely loud! 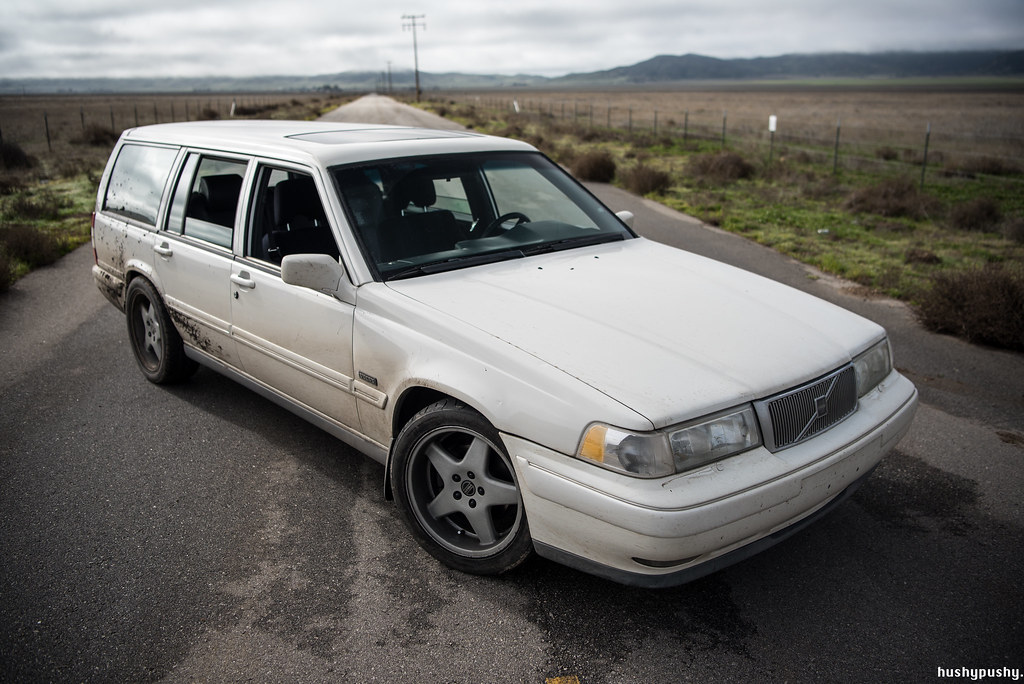 I’ve been wanting to do a proper shoot of this car for a while, but he keeps putting me off. Other than the shift boot I don’t think there’s anything really left to do to it, so I’ll try to get him to detail it and then I can shoot ‘er inside and out. Stay tuned!