Well, that was a bit of an anticlimax. 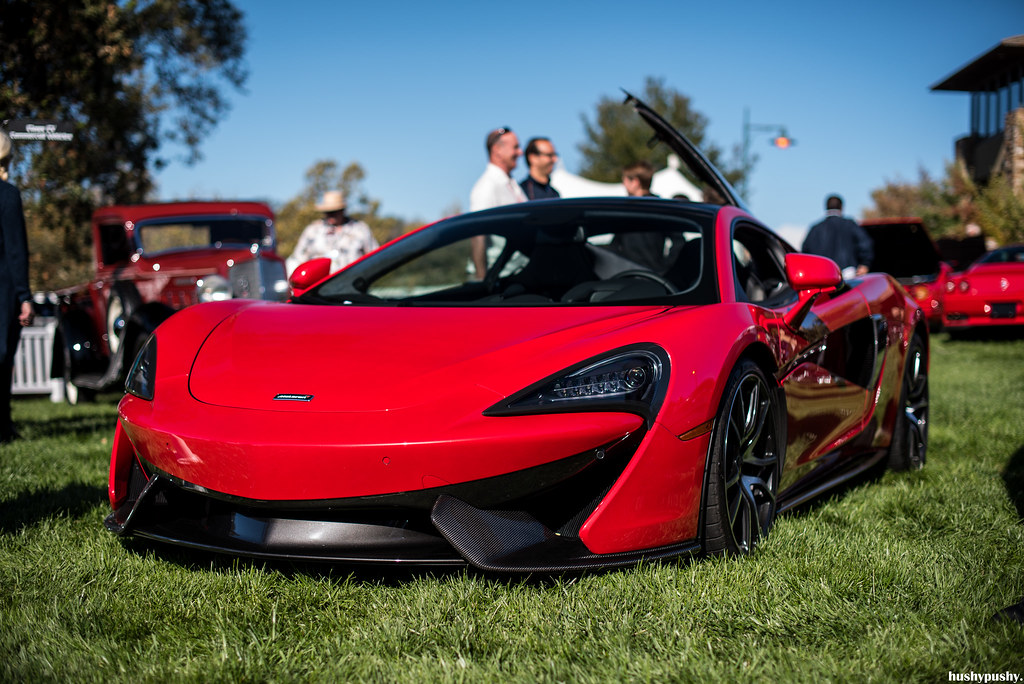 Early on Sunday morning, I drove this 570GT from Palo Alto to El Dorado Hills for the “Niello Concours at Serrano”. The drive was about 160 miles, which took about two and a half hours. It was a great journey on the way up there! Clear weather, very light traffic, and mostly beautiful sights. 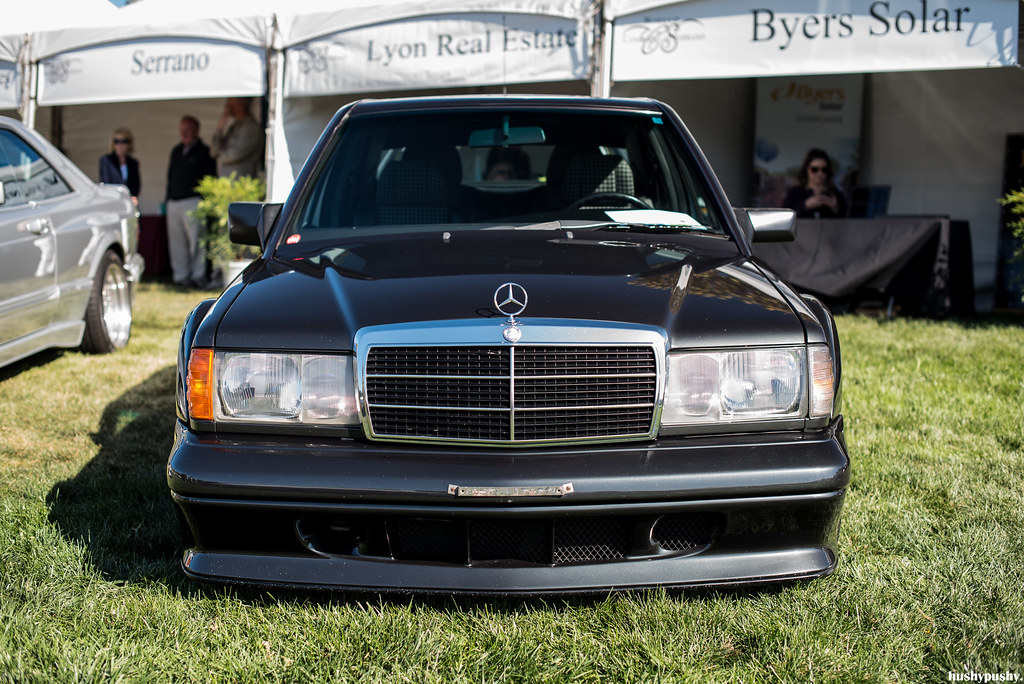 When we arrived, the sun was shining bright and the temperature was in the high 60’s. In other words, a perfect autumn day in Northern California—despite the gloomy forecast. 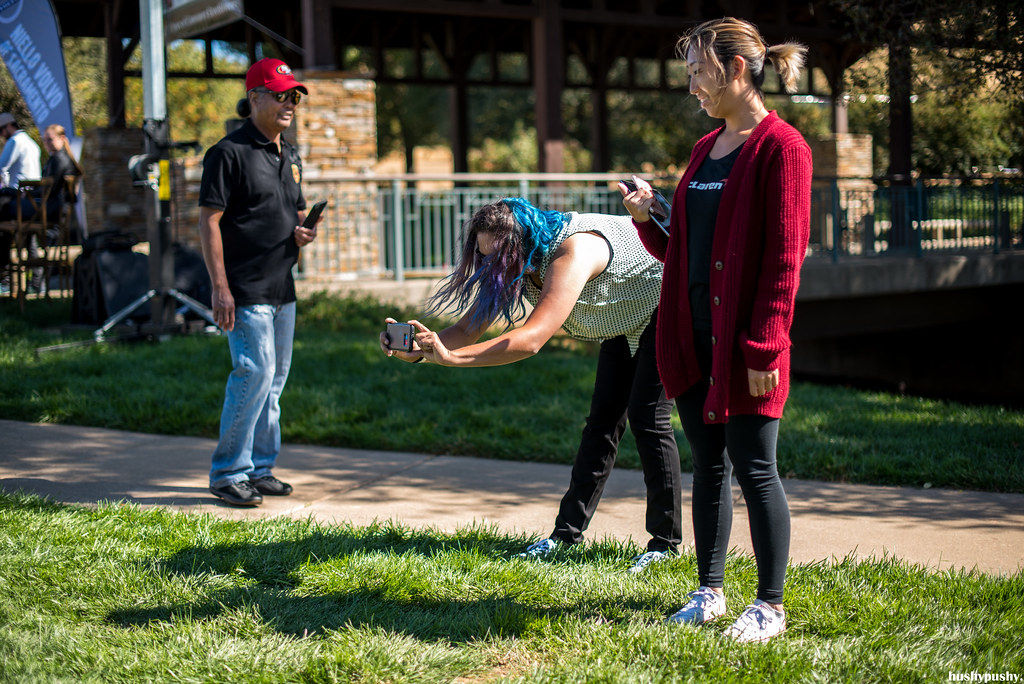 Your work day always feels shorter when you’re surrounded by cool people. The crazy hair and photo stance belongs to the chick who tows our McLarens around, and holding the iPad is our marketing manager. 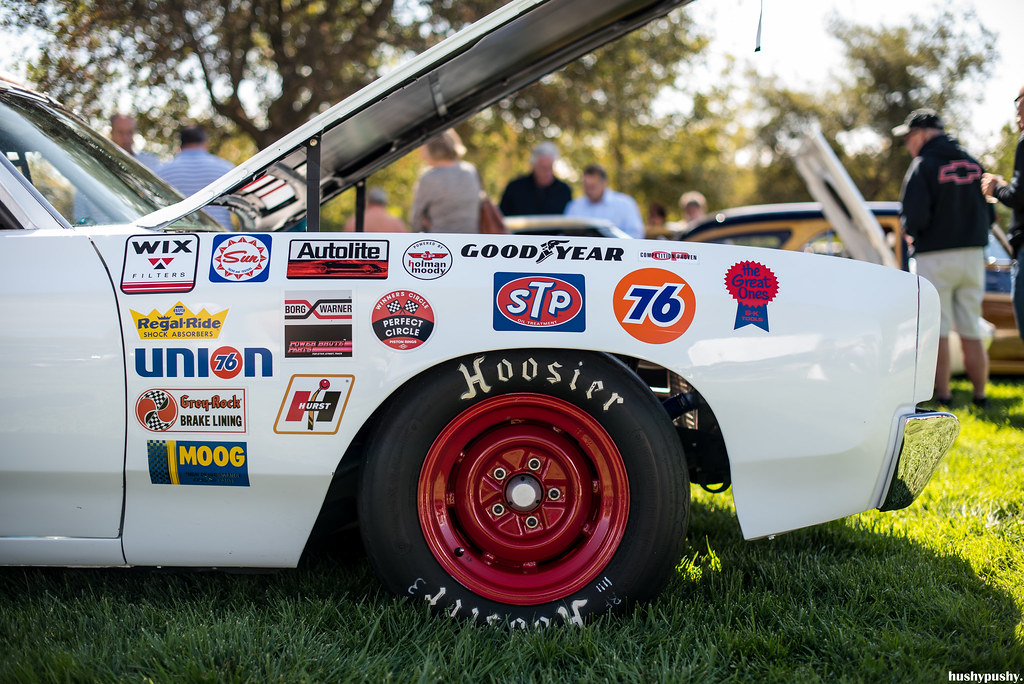 This was a really busy event, so I only got to sneak away briefly for some photos. 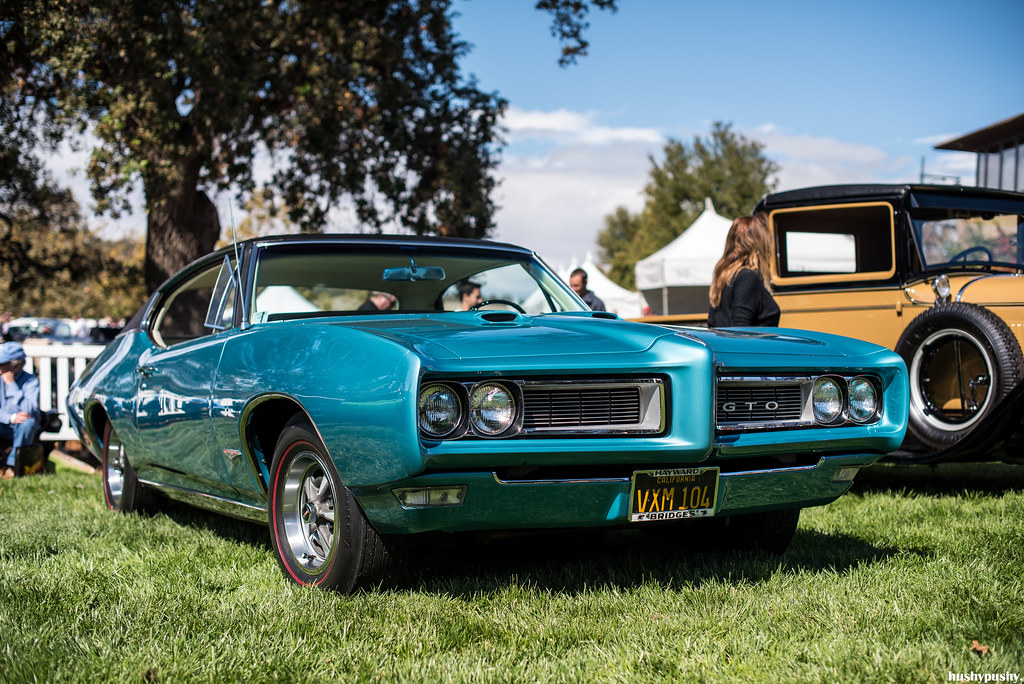 When we arrived at 9:30, there was literally not a single cloud to be seen in the sky, although it was a bit windy. When I took this photo at 11:39, you could see dark clouds creeping over the eastern horizon. 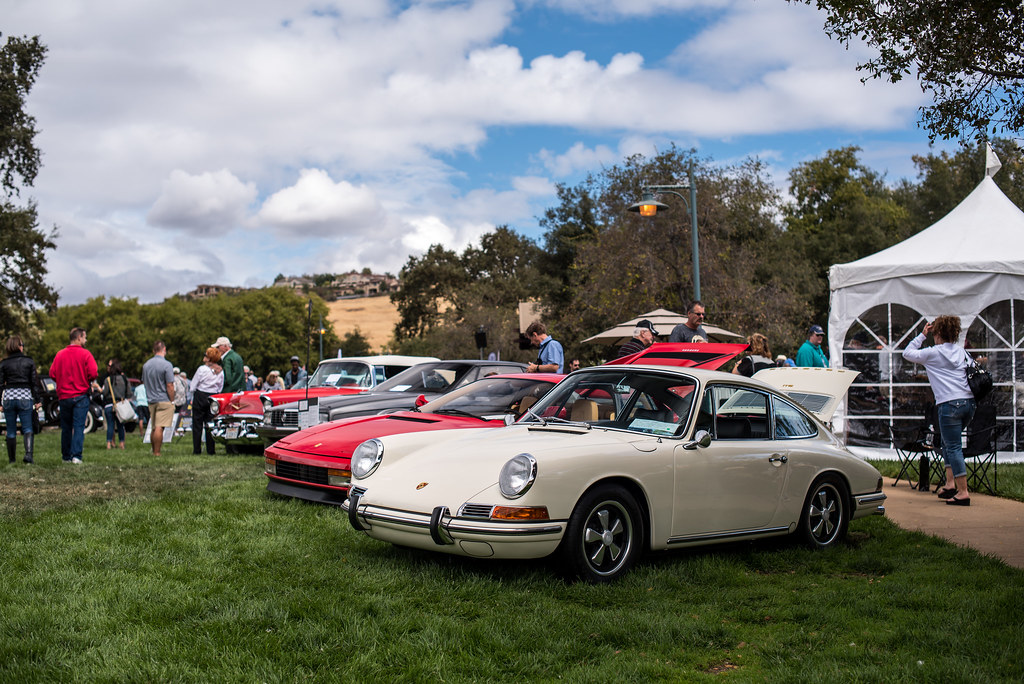 By 12:25, clouds were overhead. This is only thing that makes me jealous of photographers in humid climates; these sorts of formations are common. In California, we only get fleeting moments of big dark clouds against bright blue skies. 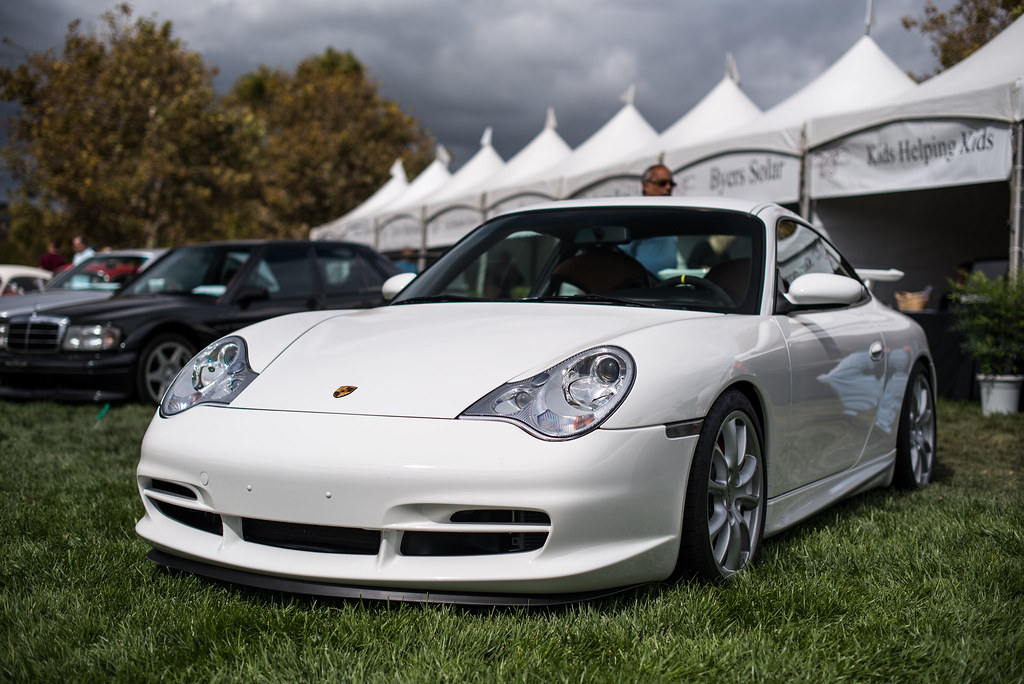 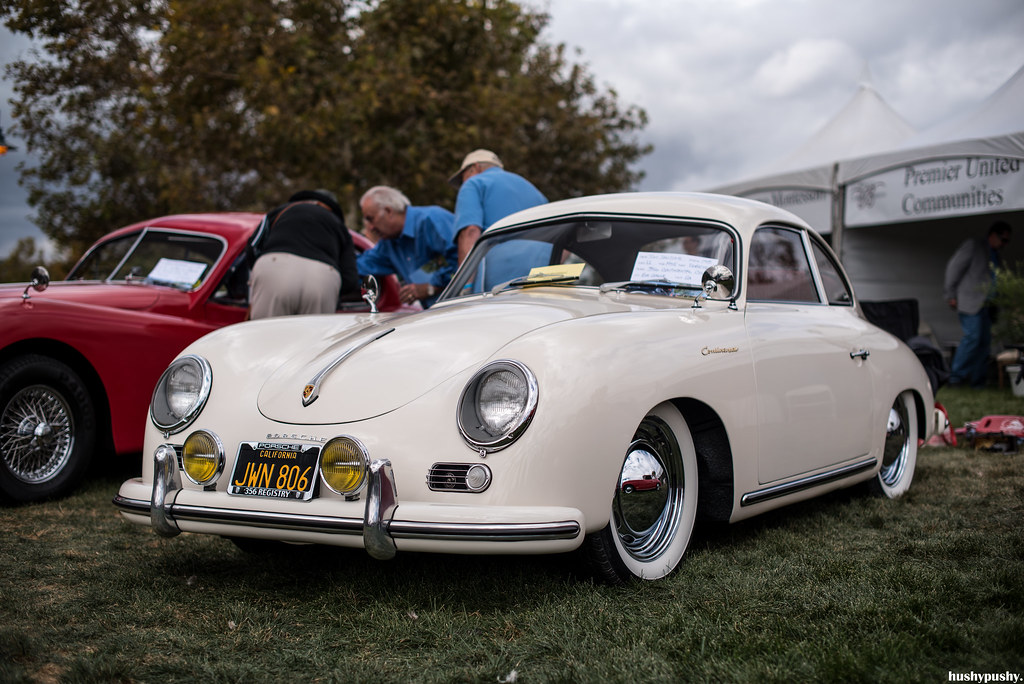 I made sure to grab a shot of this 1955 Porsche Continental (or a Pre-A 356, as an enthusiast would probably call it). The US version of the ’55 356 is called a Continental because of Max Hoffman, the sole US-based importer of Porsches at the time. He thought Americans would respond better to a car with a real name as opposed to a number, hence the “Continental” name. He also convinced Porsche to build the 356 Speedster, so let’s just assume this guy knew what he was talking about. 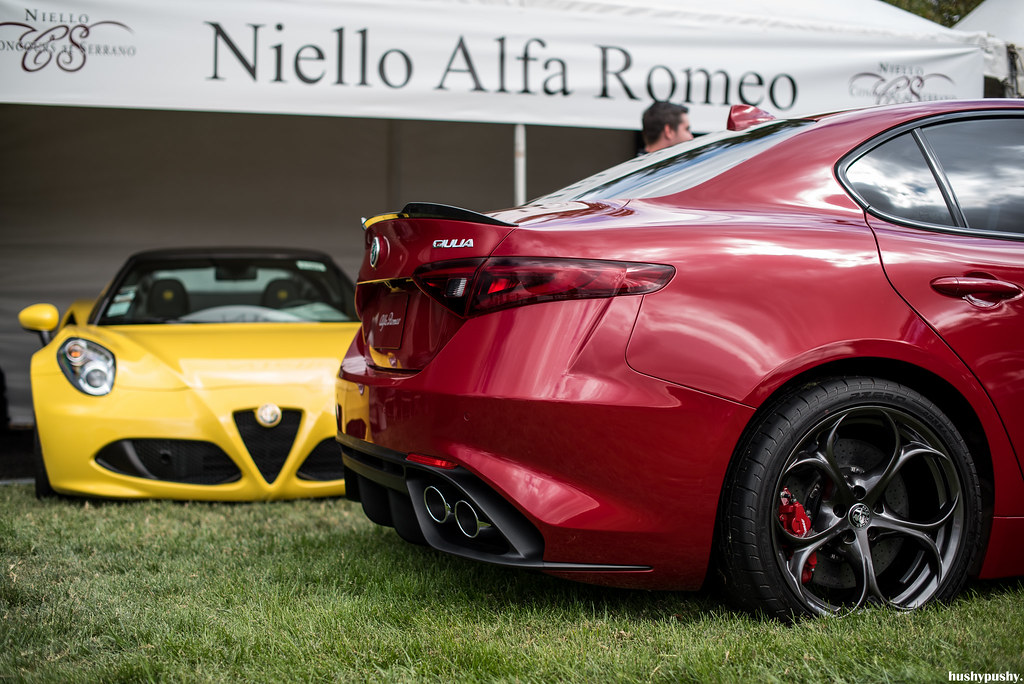 My last shot was a bright-yet-dark capture of the lovely rear of the new Giulia with the lovely front of the 4C. I am absolutely dying to drive the Giulia, just because I want to try something different in the modern performance sedan space.

Last shot? There’s not even something to close out the story? What happens next? I’m still in the driveway! 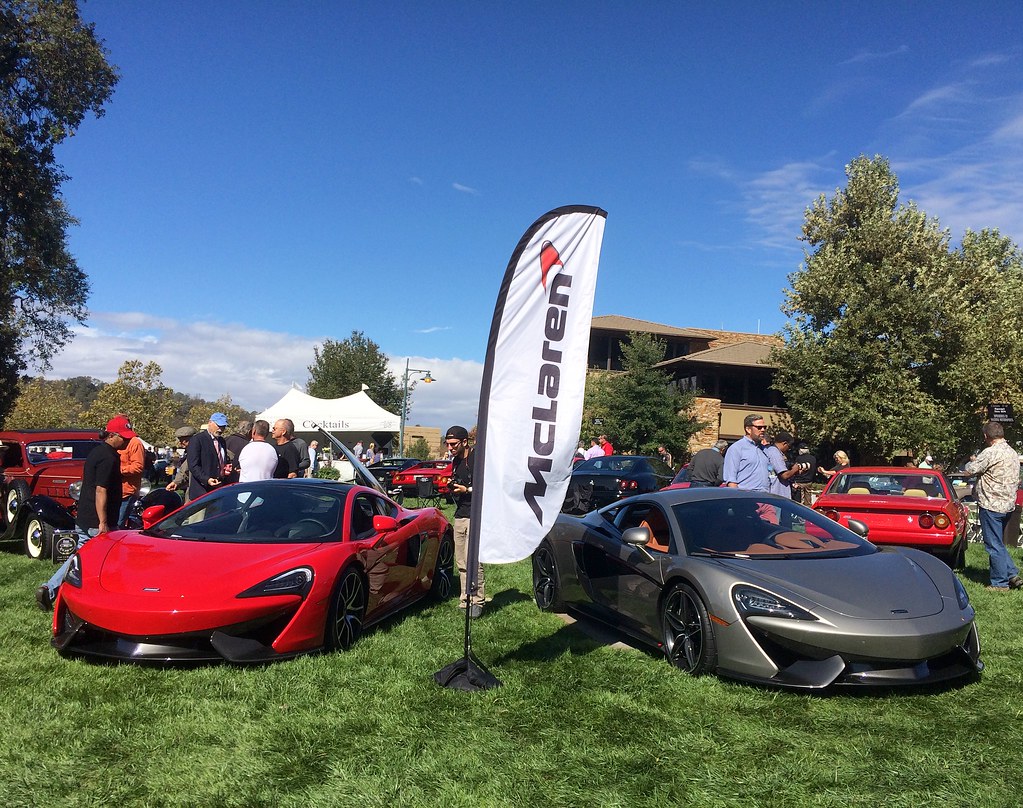 Okay, here’s a snap from my iPhone 5S. Unfortunately for this article, I didn’t get any type of photographic evidence of the monsoon that engulfed us shortly after 1 PM. I was chatting with someone about the 570GT when I felt a raindrop and paused the conversation to close the windows and rear hatch. Within moments, one drop turned to a few which turned into a sprinkle which became an all-out shower. We embarked on a mad dash to not only break down and stow our flag and signage, but to get the hell out of that super soft grassy field before it became a mud bath!

By the time we hit the road, it was absolutely pouring; I actually had my rear fog light on for a bit because visibility was that bad. But this drive reinforced McLaren’s roots, which are resolutely British. Despite the precipitation, which was coming down in cats, dogs, giraffes and rhinos, the 570GT remained superbly planted. Even the rain-sensing automatic wipers worked brilliantly and flawlessly; I never, not even for one moment, disagreed with the wiper speed it chose, and to me that in itself is mind-blowing.

Okay, enough wiper talk. But I guess we all go a bit crazy when it rains in California!