It almost feels weird praising an air-cooled 911. It’s like raving about The Beatles; most of the time you’ll be preaching to the choir, but from time to time you’ll meet people who get annoyed when you start prattling on about the world’s most overrated boy band. 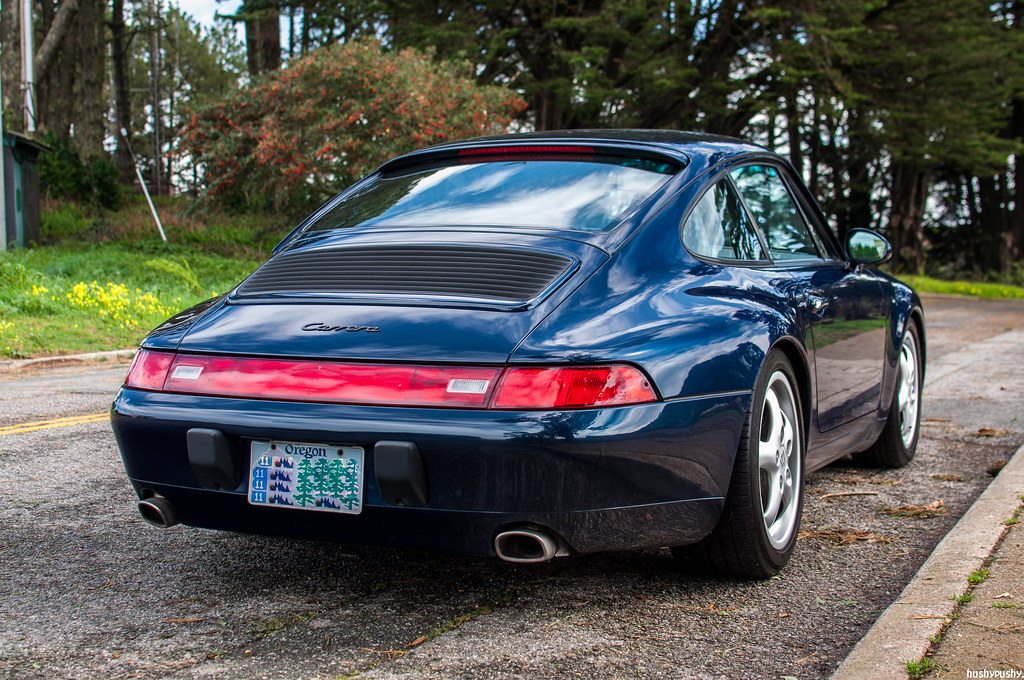 Now that the 911 market has gone positively bonkers, it can be hard to separate the real impressions from the hype. It’s so easy to jump on the bandwagon because, realistically, these cars are currently one of the hot tickets in the car world. There has to be a point where values will level off, but as of this writing that’s not something that seems probable any time soon (check back on this post in the future for laughs). 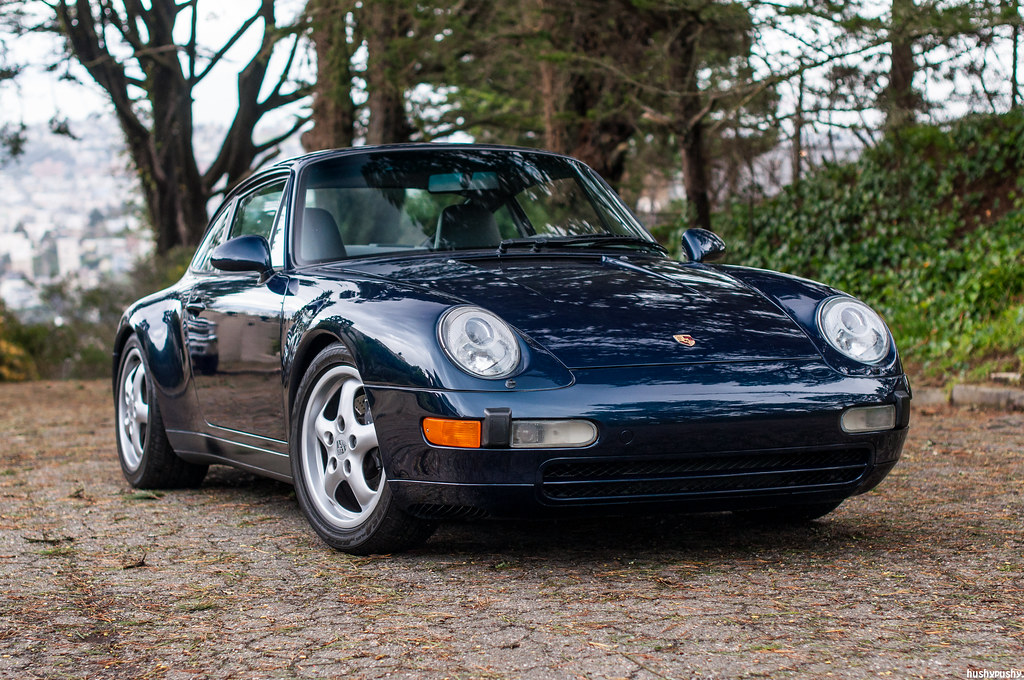 In any case, that is exactly why right now you won’t be reading any prosaic meanderings about thin pillars, funky smelling heaters, or light front ends. I have no plans to gush about “the way things used to be”, nor am I interested in spending any time analyzing the current market for these cars or pondering the existence of three separate gauges relating to different facets of the oil. 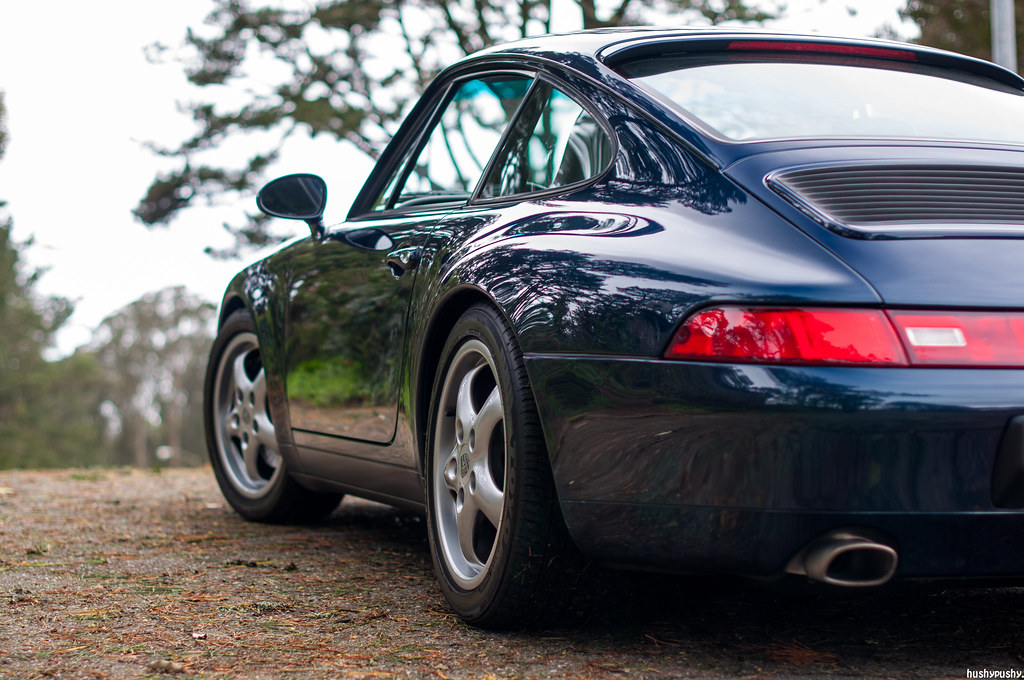 Right now, in this moment, it’s all about the “squashed jellybean”. Introduced at the 1993 Frankfurt Motor Show, the Porsche 993 is polarizingly beautiful. Some have hailed it as the most gorgeous evolution of the original 911, while some air-cooled diehards have backhandedly remarked that at least its fried-egg-faced successor looked worse. 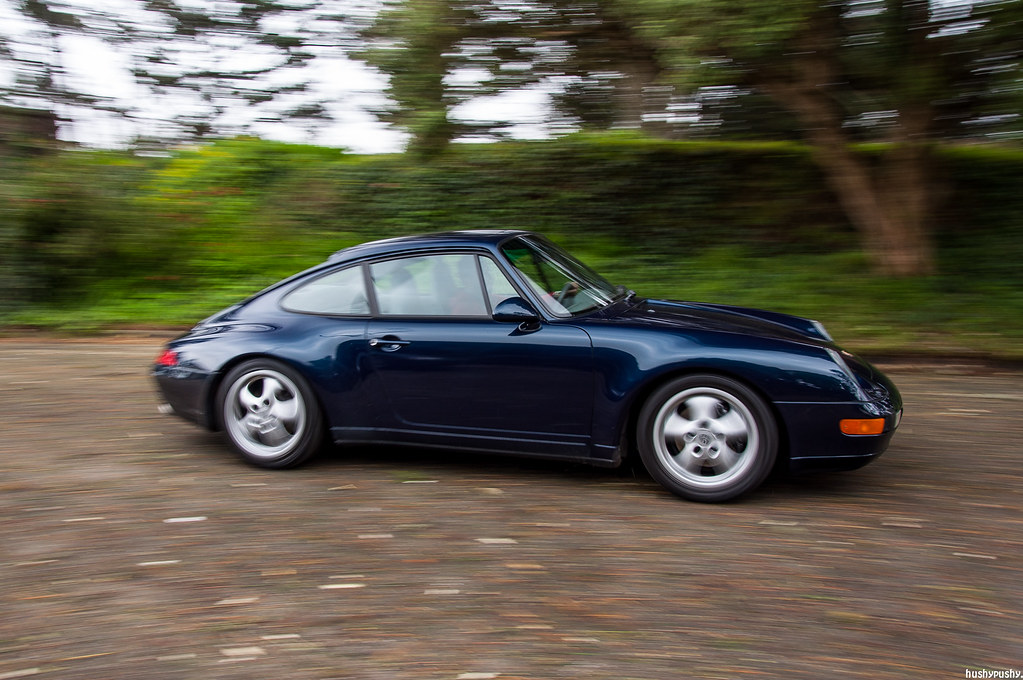 It was still based on the classic 911, even thirty-some years after it was originally designed, but they still sought to modernize it. The narrow body car (seen here) was wider than ever, with sumptuous, straight-outta-the-90s curves. The 968-ish aerodynamic headlights, sloped tail lights, and smooth bumpers rounded out the package–quite literally–yet on the whole it was, and still is, unmistakably 911. 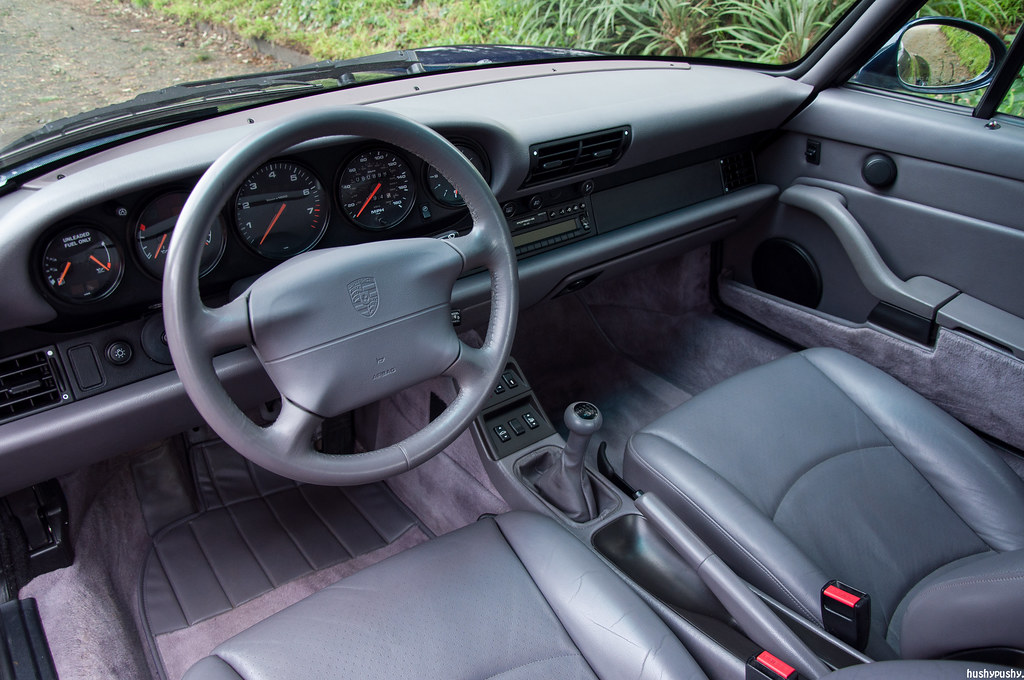 Inside as well, it’s unmistakably 911, little having changed since the ’60s. Gotta love the huge tachometer right in the center. The window switches migrated to the center console for the 996, but I like how they went back to the high forward door position with the 997. Predictably, they’re the industry-standard door handle type in the 991–another example of how they keep engineering the funkiness out of 911’s. 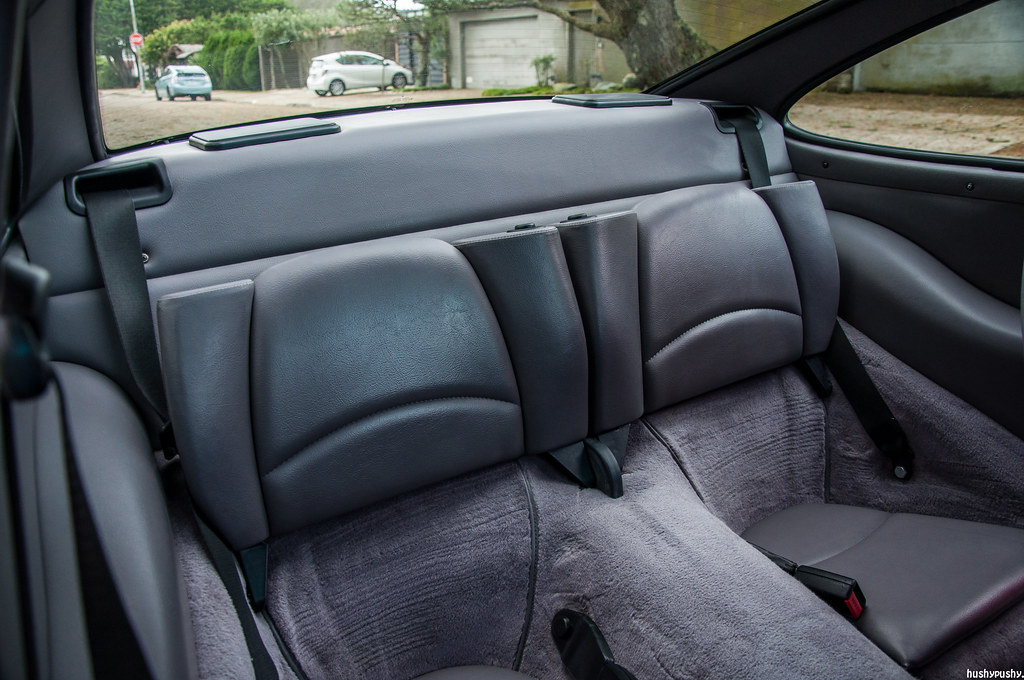 Something that is not unique to 911’s in particular are crappy rear jump seats. They’re mostly useful just for emergencies, but I have actually seen families of three or four rolling around in modern 911’s. If you’re a kid or just a shorty, I suppose you could make do back there. 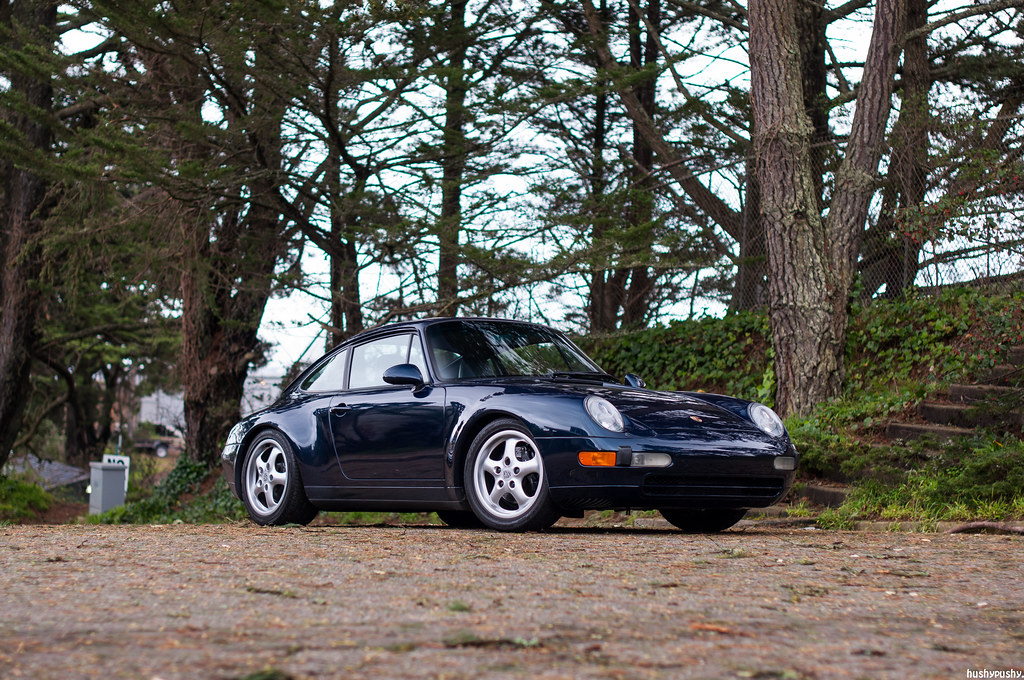 When we embarked on this shoot the intention was to capture the nuances of the paint in sunlight. However, as soon as we arrived at our location, the clouds came over and killed that plan. As you can see, it looks quite navy blue in the shade. Normally I like shooting under San Francisco’s naturally diffused light, but it just wasn’t what I was after on this particular day. At this point you have to do the only thing you can do when you’re right there: Plan B. 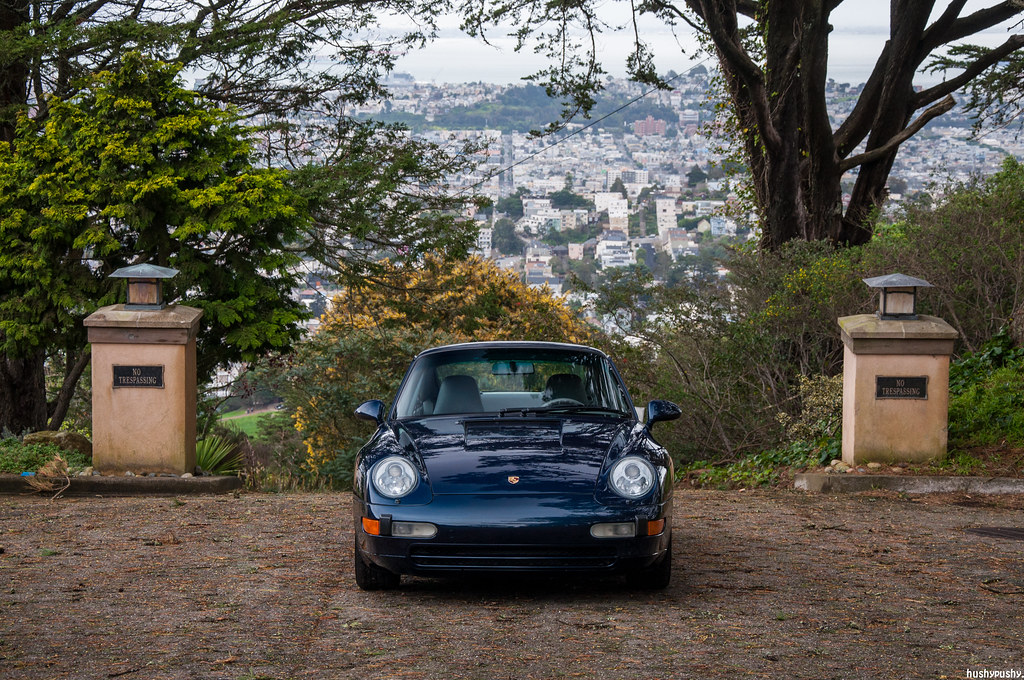 This location was right in the center of the city: Twin Peaks. We thought that no one would bother us down this dead end, but sure enough, as soon as we moved into this position someone needed to get past us into their driveway. 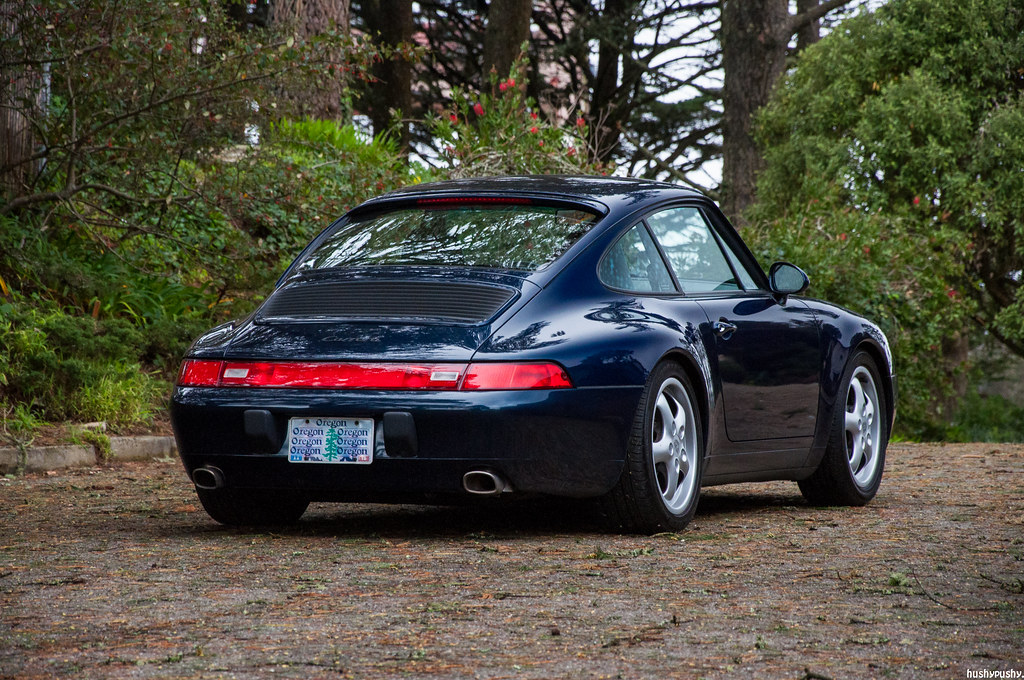 Longer focal lengths are great. This was ‘only’ at 105mm but the car just looks so short. 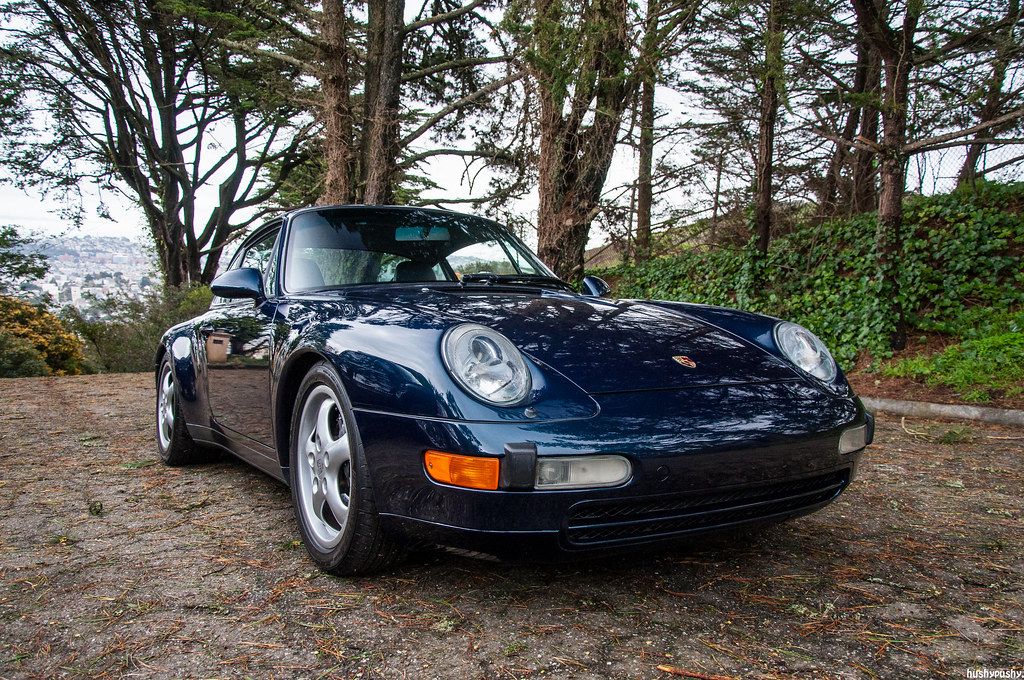 Short focal lengths are great too–I love how funky and exaggerated cars look when shot up close with wide lenses. 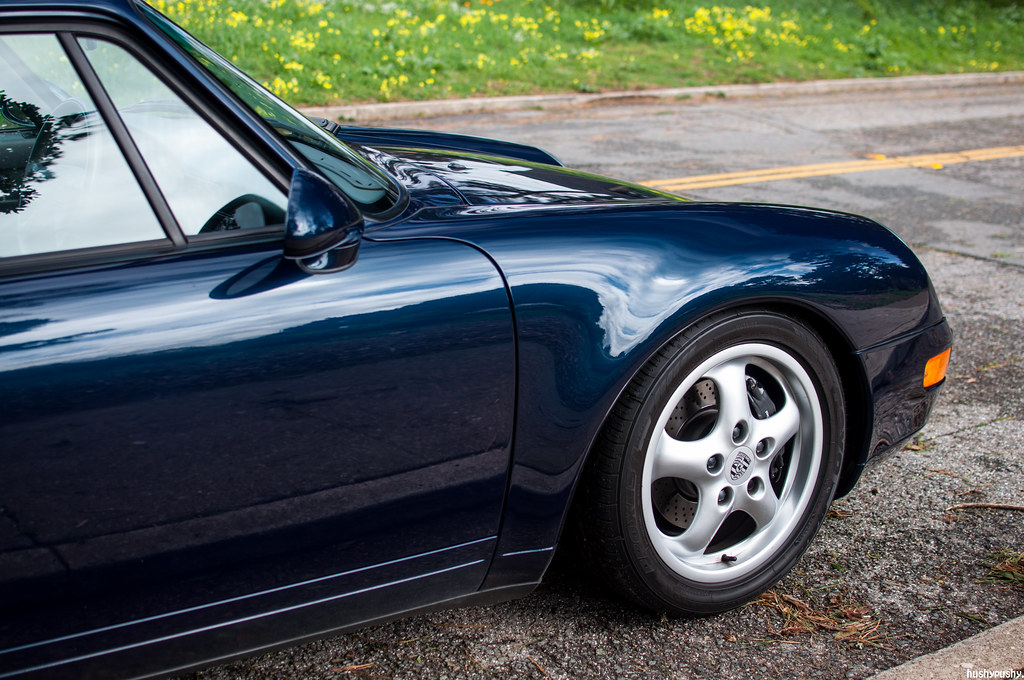 One of the major challenges with shooting cloudy lighting conditions is maintaining a consistent white balance. As sunlight is diffused through clouds, it takes on a different hue. 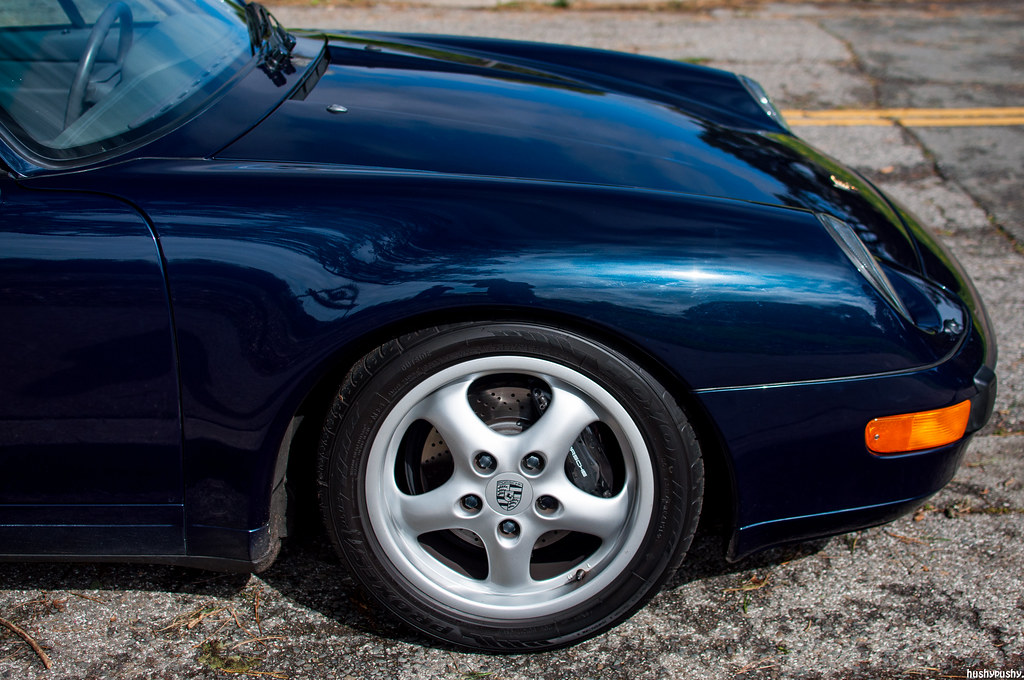 This color, Ocean Blue Metallic, was offered for narrow 993’s in 1997 only and wasn’t particularly popular at the time. The above shot is sort-of-almost what we initially set out to capture (more or less), but the sun didn’t play for long; it actually started raining when we were at this location, unfortunately putting an early end to this shoot. Bummer, because this paint has some lovely bright teal shades hidden in there. 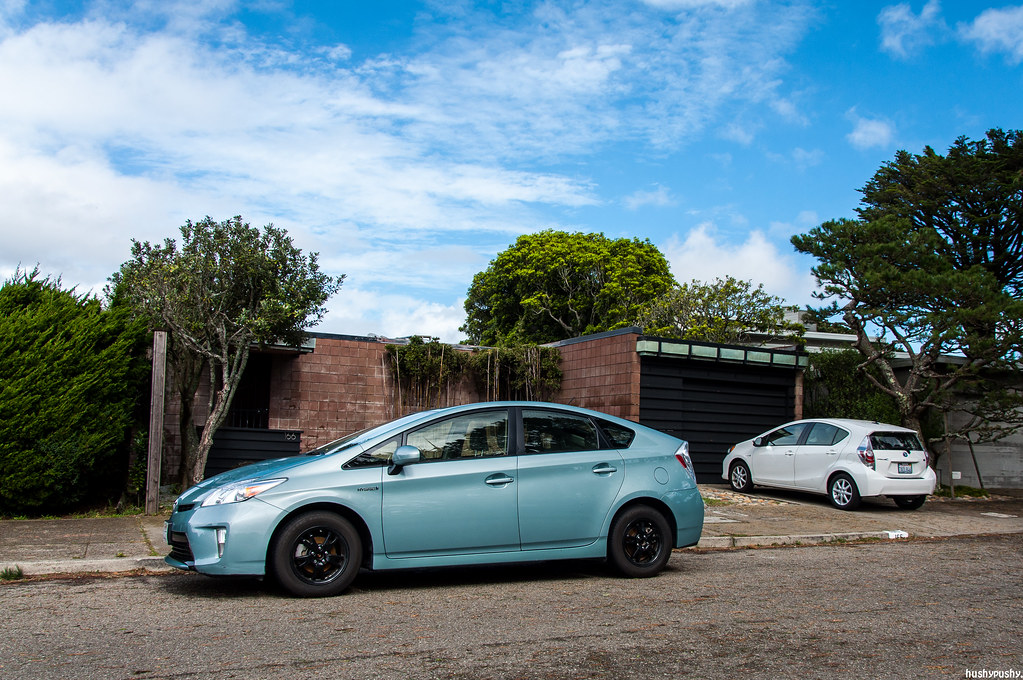 Setting you down gently here, I present a not-unusual San Francisco scene. His ‘n’ Hers hybrids, perhaps?

I don’t think this 993 is going anywhere for a while. Which means you’ll see more of it here in the future…hopefully with certain modifications… (don’t want to give away too much!)