Meeting of the P1’s 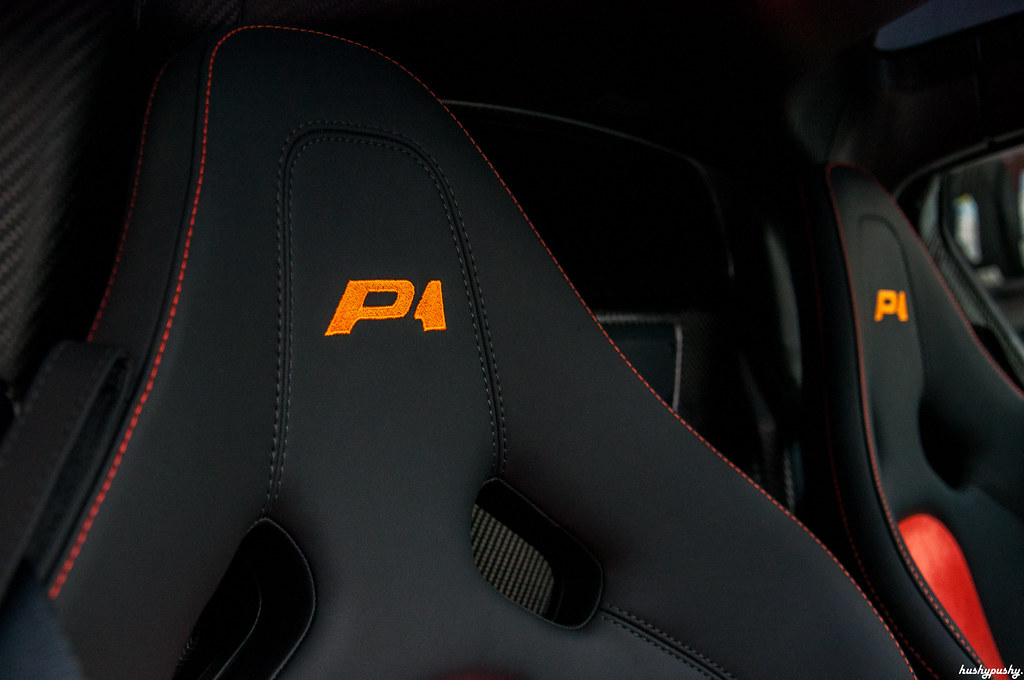 The paradox of hypercar ownership is that exclusivity is ultimately a factor in their desirability. This has a negative effect for some of us, the so-called bystanders, who might even be satisfied with simply seeing some of these machines in real life. 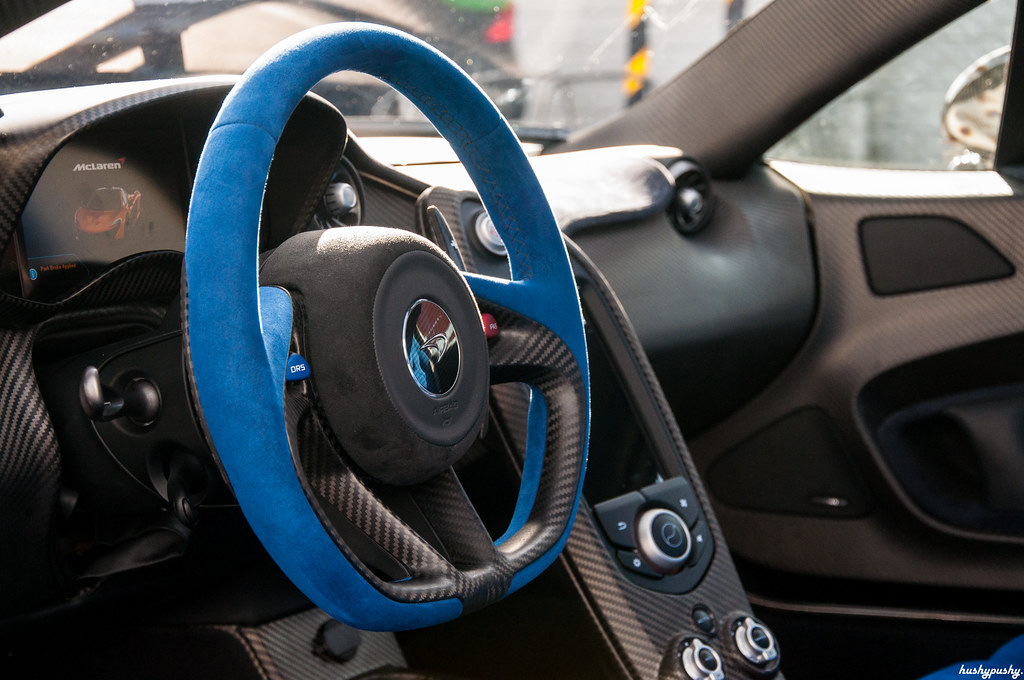 But on the other hand, for the lucky 375 people who actually do have (or are waiting for) a McLaren P1 right now, the exclusivity means that ownership is automatic entry into The Club. 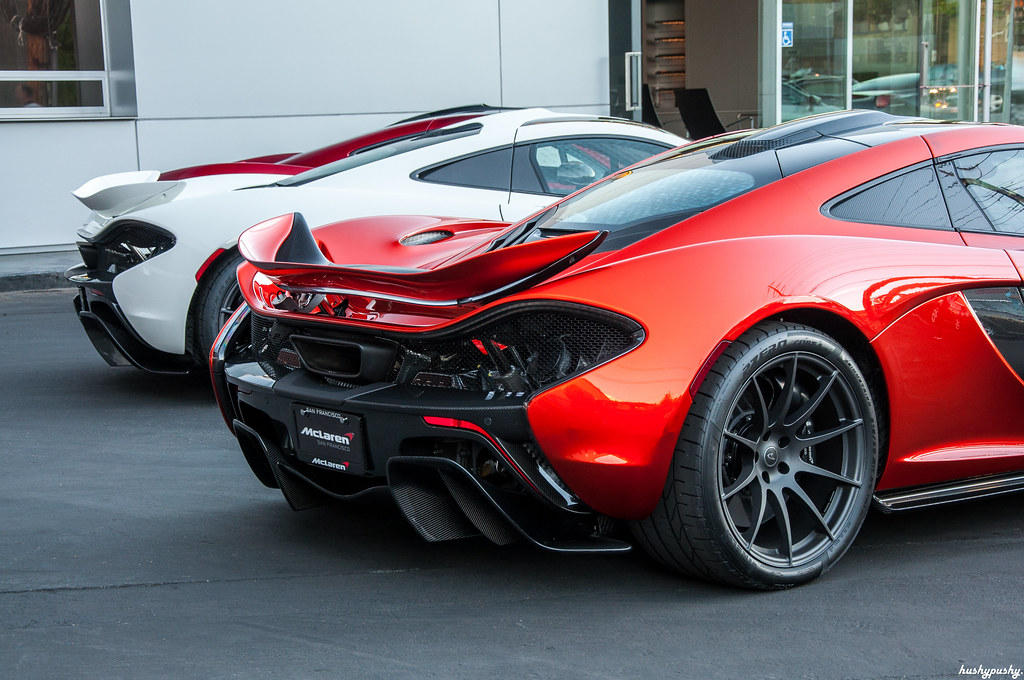 So when Mr. Orange came out to pick up his car and noticed Mr. White was seeing his car for the first time, a photoshoot was suggested and Alan–the cool cat you can find in the McLaren building a few days a week (when he’s not wrenching on race cars)–graciously obliged by bringing out McLaren San Francisco’s Volcano Red P1 to join the fun. Cars were arranged… 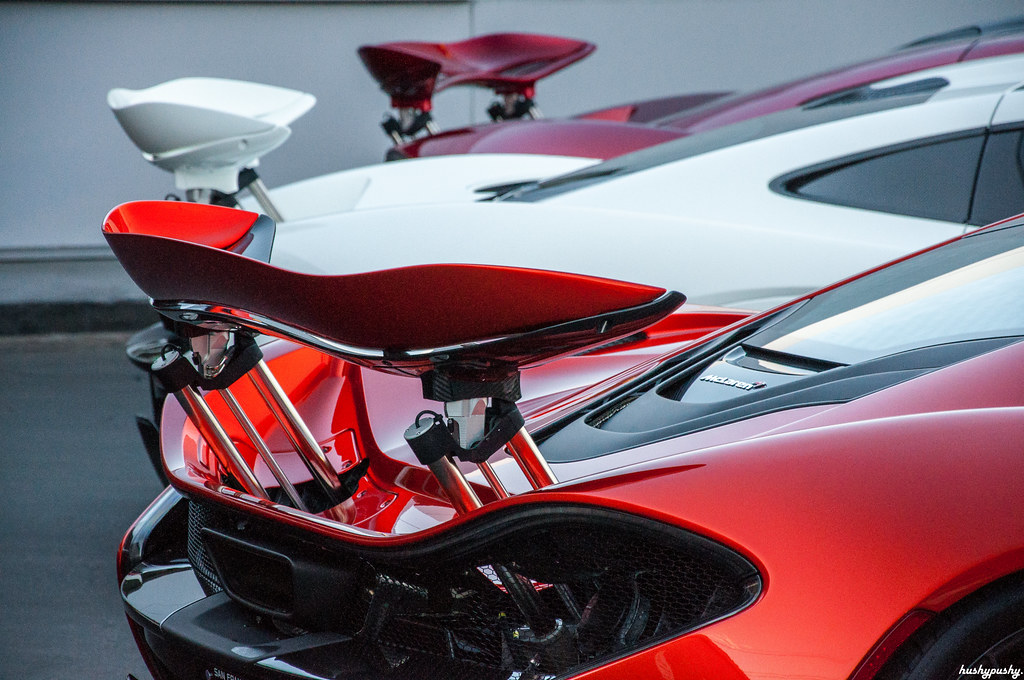 …and then wings were raised… 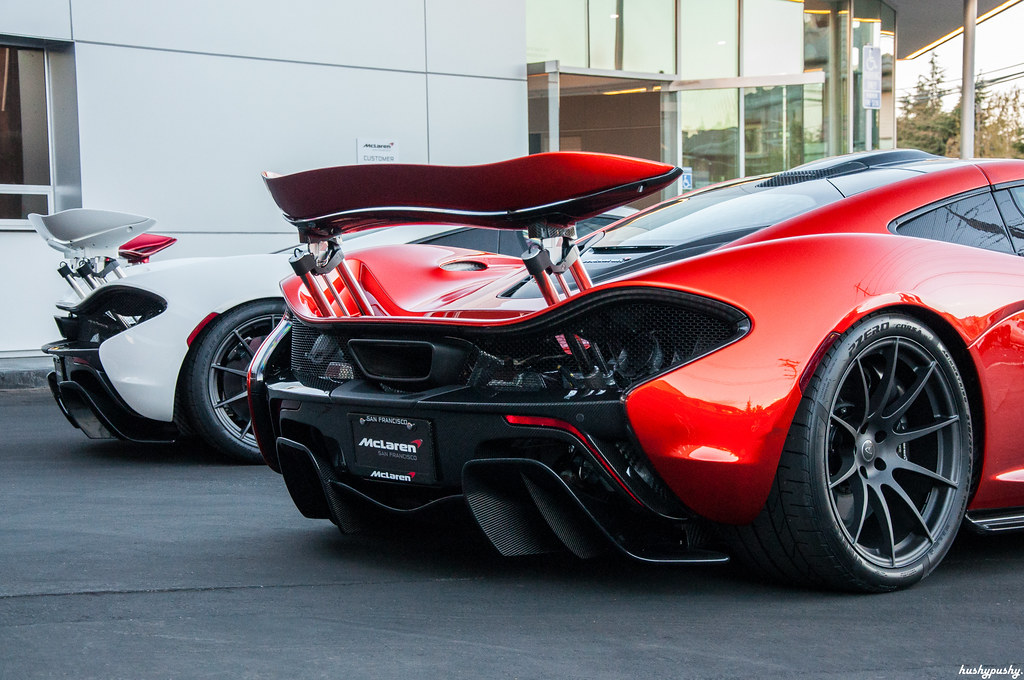 …as everyone settled into Race Mode. 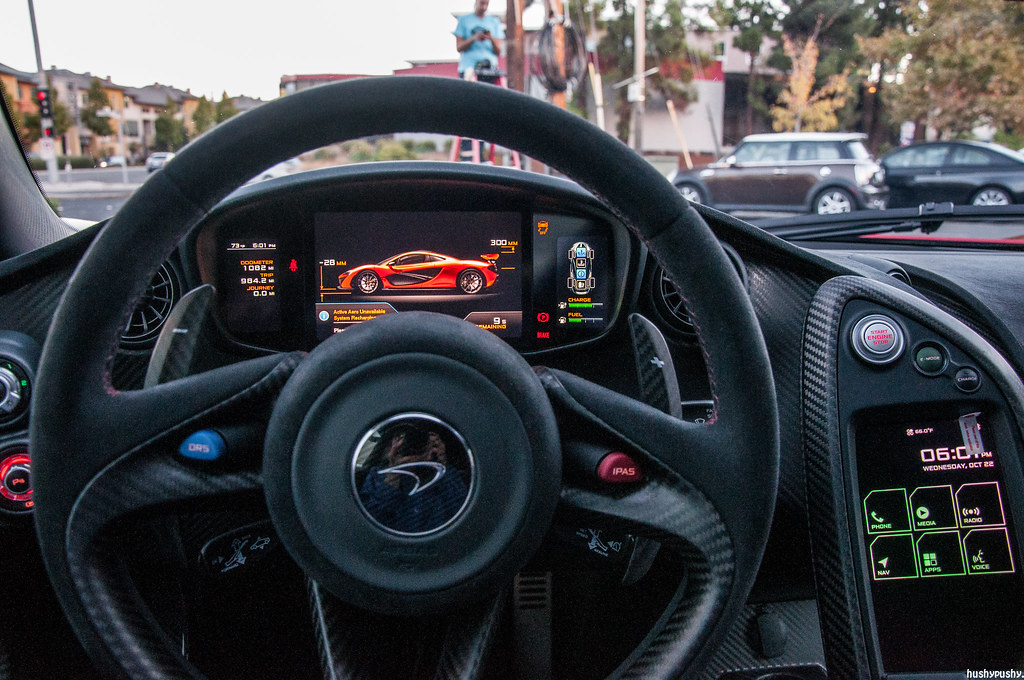 And of course I volunteered to be the one to do it for the dealership car! 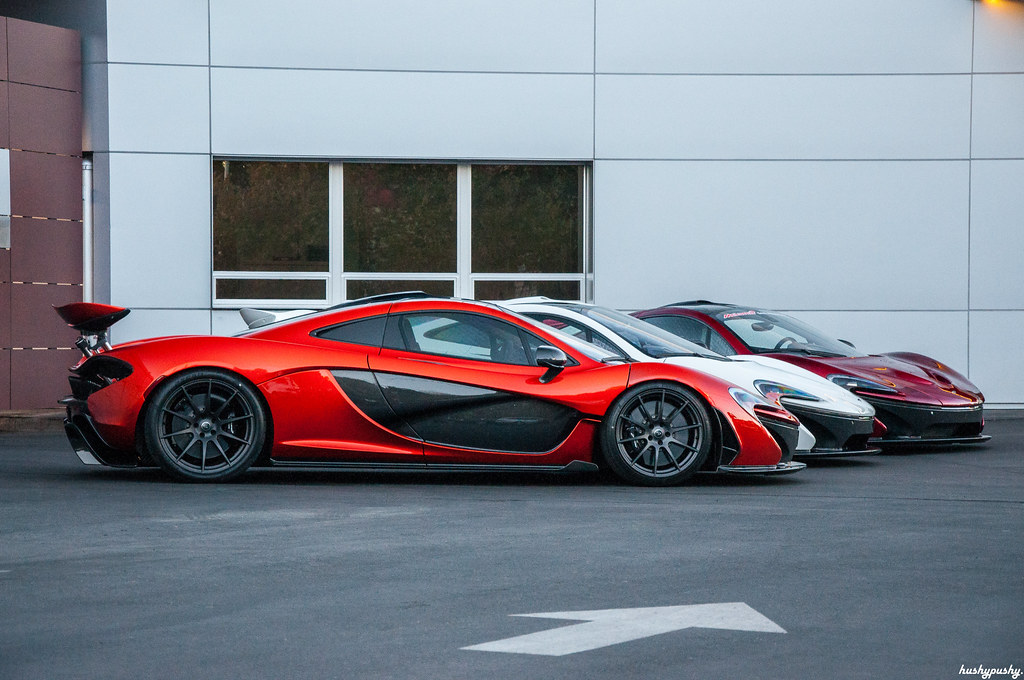 If you’re wondering why most photos are in this direction, there is one unfortunate distracting answer. 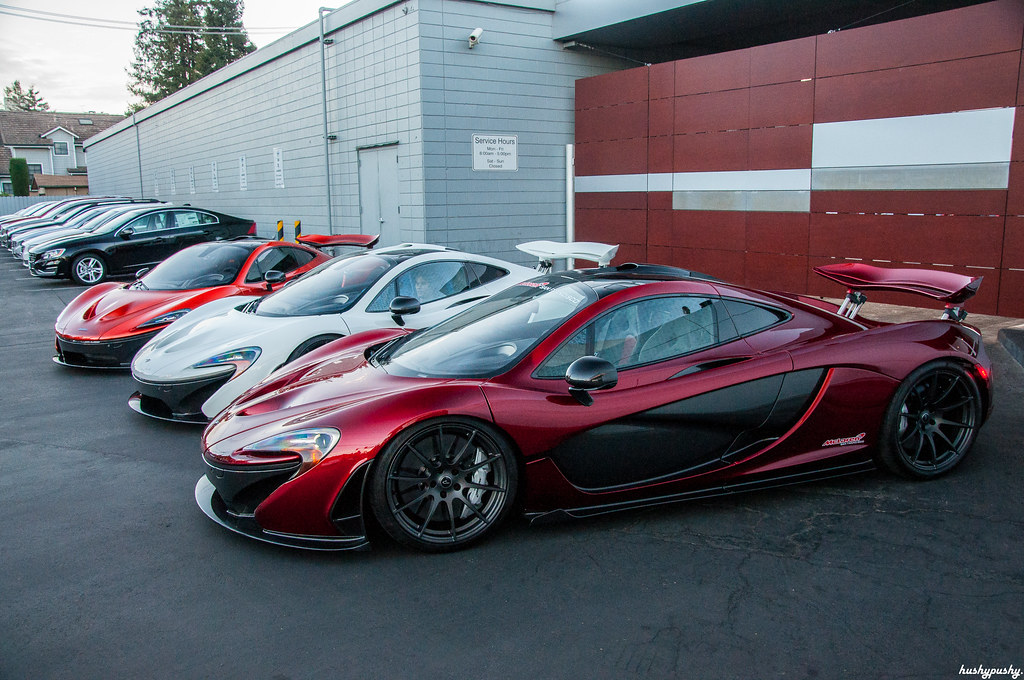 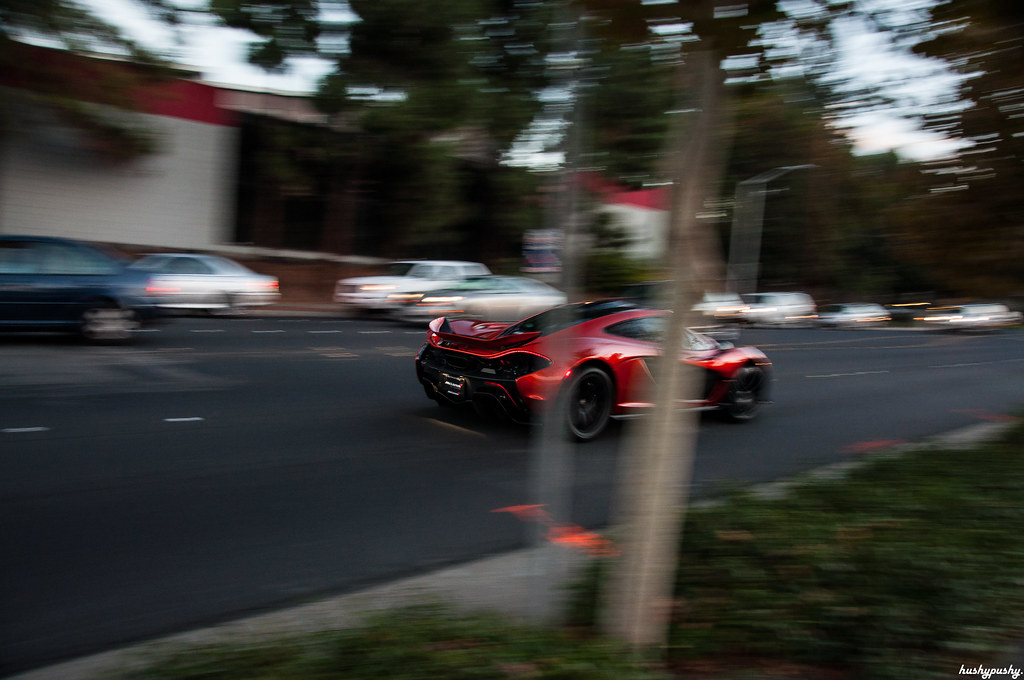 With the sun receding, Mr. Orange lowered wing, lifted chassis, and took off like an orange demon at sundown. 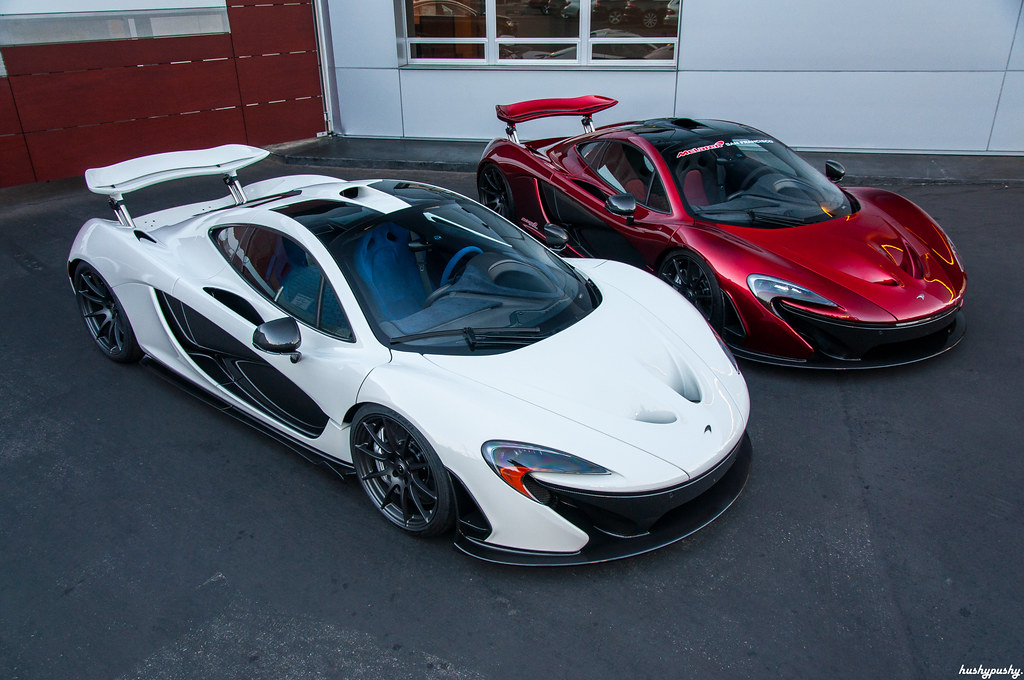 I could read the writing in the sky. It was time to wrap up. 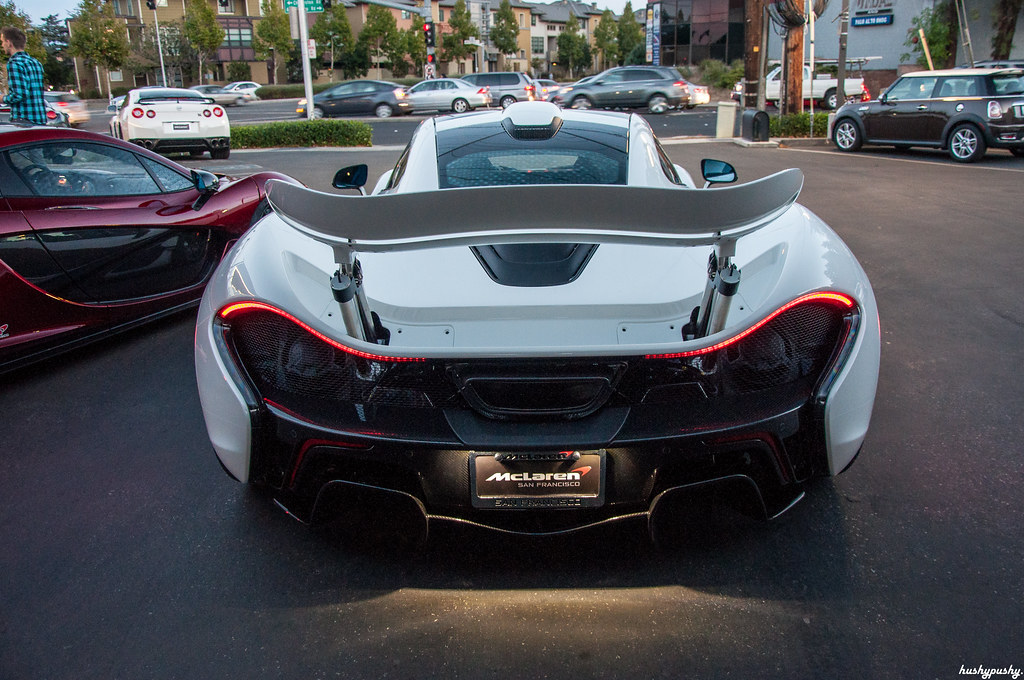 Okay, now wake up! I’ll see you next time.