Do you know someone with a really crappy old car? And I don’t mean like a 2001 Saturn ION with a dirty interior…I mean a real beater, the type of shitbox that you don’t want to even ride in; something so awful that you wouldn’t even take it for free. Well, my friend Pepe owns such a car: a Mercedes 300D with 240,000 miles. 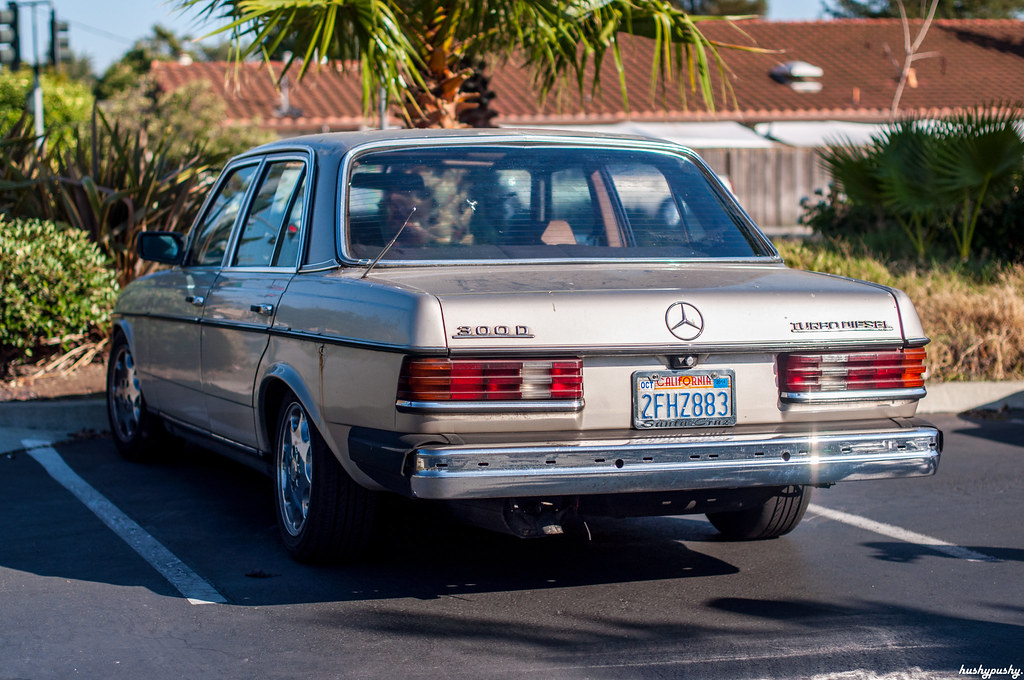 You’re looking at the best part of it right there: it has my favorite license plates of all time, the California “sunset” plates that were optional from the end of ’82 until the end of ’86, and then the default option for just the twelve months of 1987, and then they were gone forever. 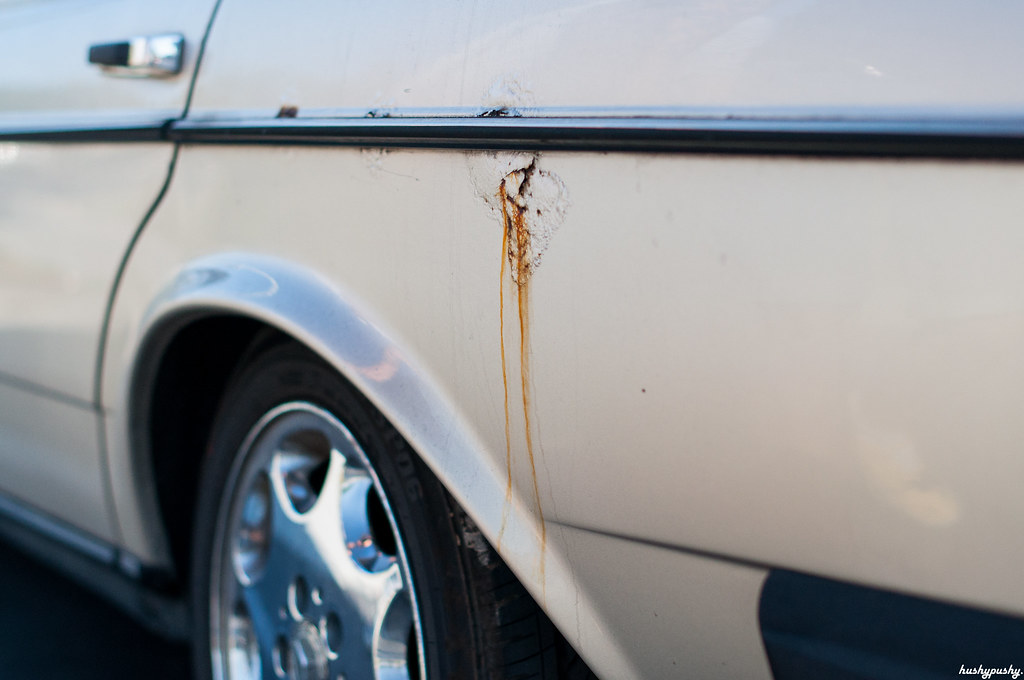 Unfortunately, it all goes downhill from there. It’s rusting in many places, like right in the middle of the quarter panel. It’s painfully slow (even when it’s running correctly) and smells absolutely dreadful. 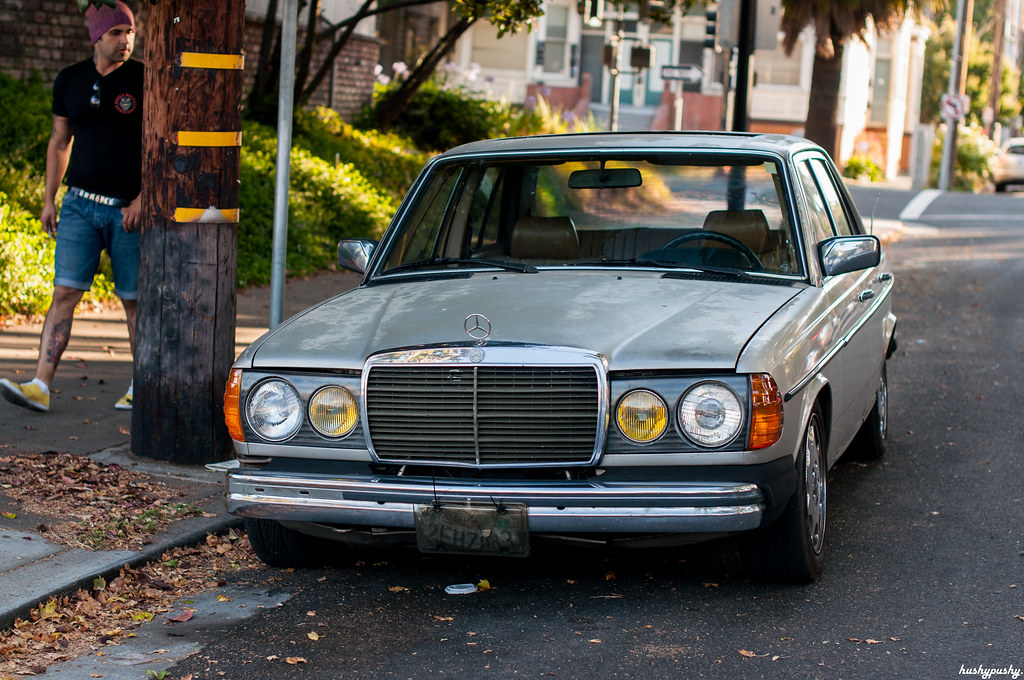 Not only is it in pretty sad shape cosmetically, almost nothing works. The interior is falling apart, none of the windows work, the climate control doesn’t work, the speedometer doesn’t work, and the transmission seems very confused about the concept of “gears”. I drove it back to his house and the 1-2 shift is so brutal that I kept chirping the tires inadvertently! 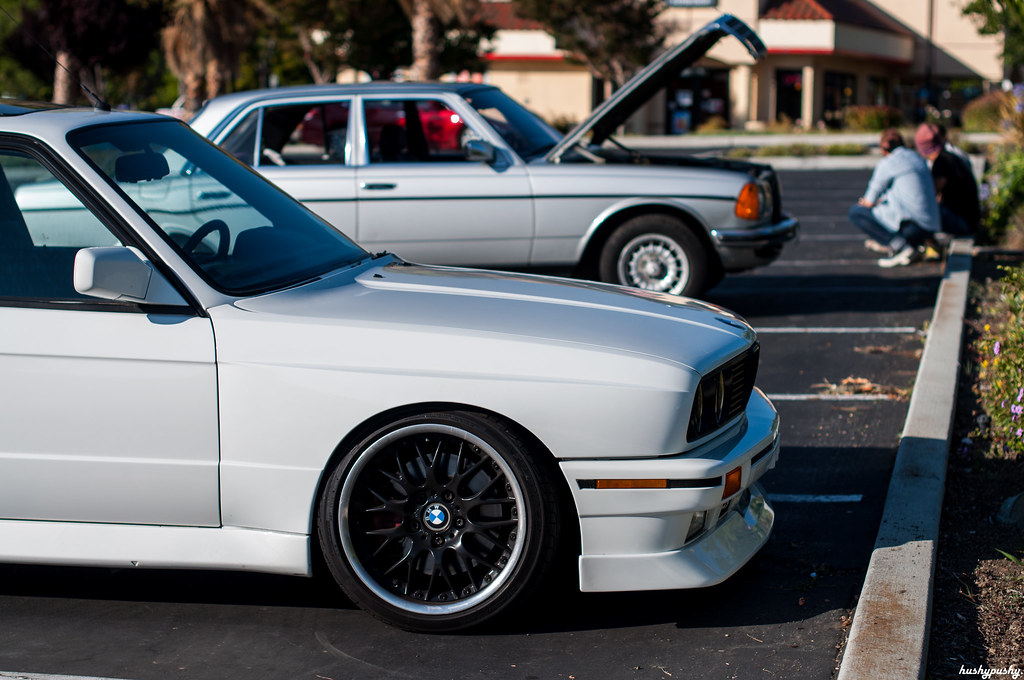 The thing is, he really likes these cars. The styling is on point and they come from an era where Mercedes-Benz’s build quality is commonly described, in the most loving way possible, as “like a tank.” 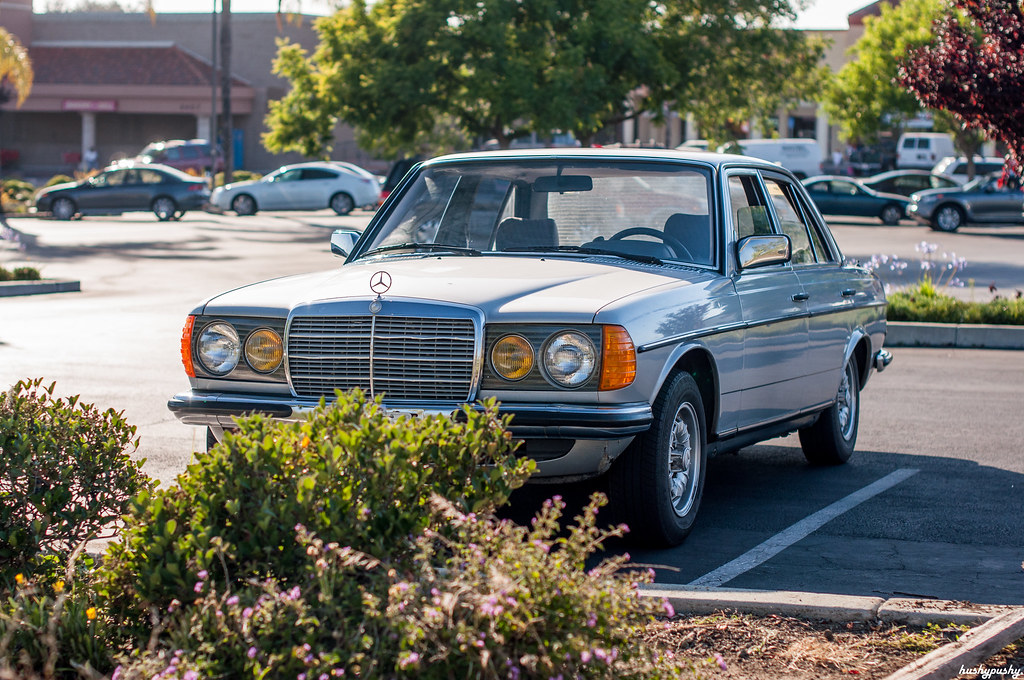 That’s where this Euro-spec 280E comes in. Found on Craigslist by Art (aka The Craigslist Master), it was reasonably priced and in excellent condition. Most of all, it represents an immense upgrade. 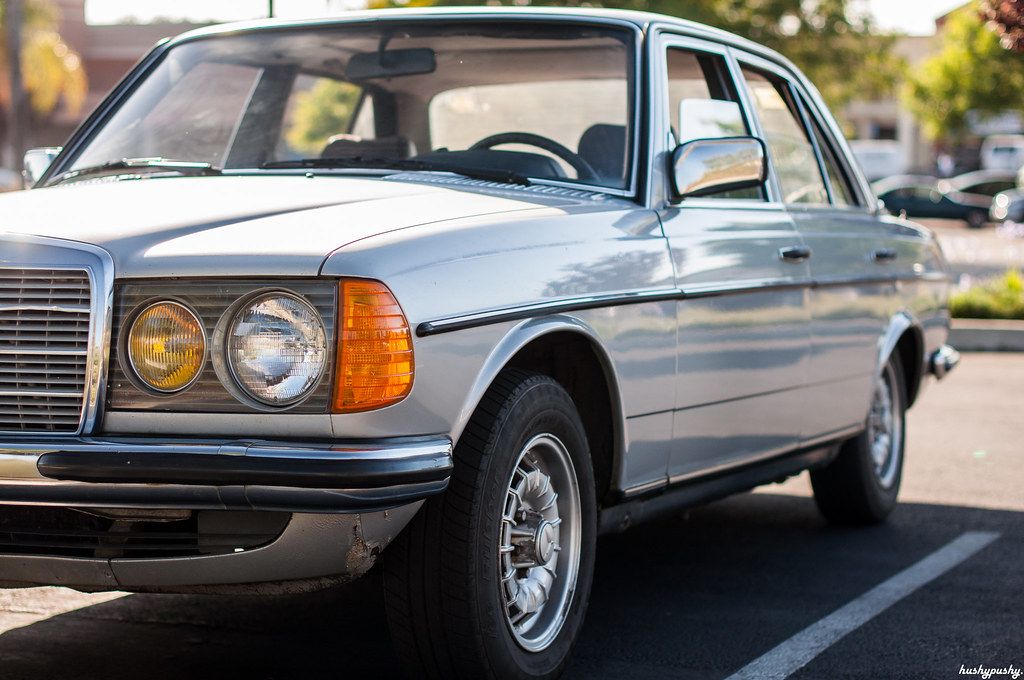 The only spot of rust we could find is right there on the front valance. Otherwise, the car is CLEAN. I deal with used cars all day, and this car is in good shape for a five or ten year old car—for something that rolled off the assembly line almost 35 years ago, it’s damn near mint. 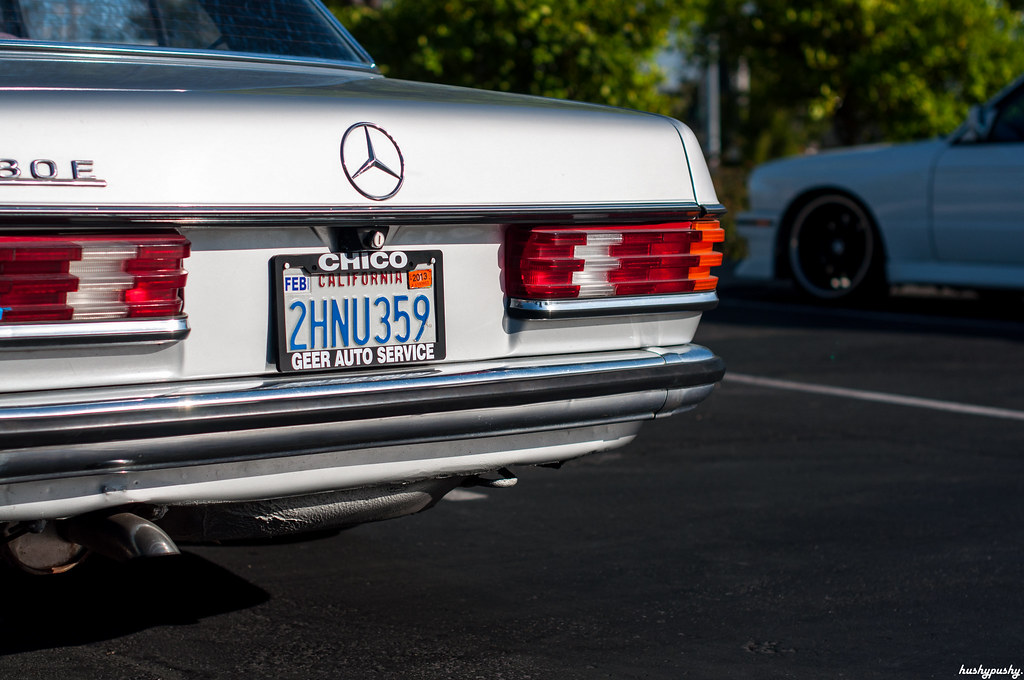 Of course, Euro-spec gets you the simple aesthetic pleasures, like thin chrome bumpers. 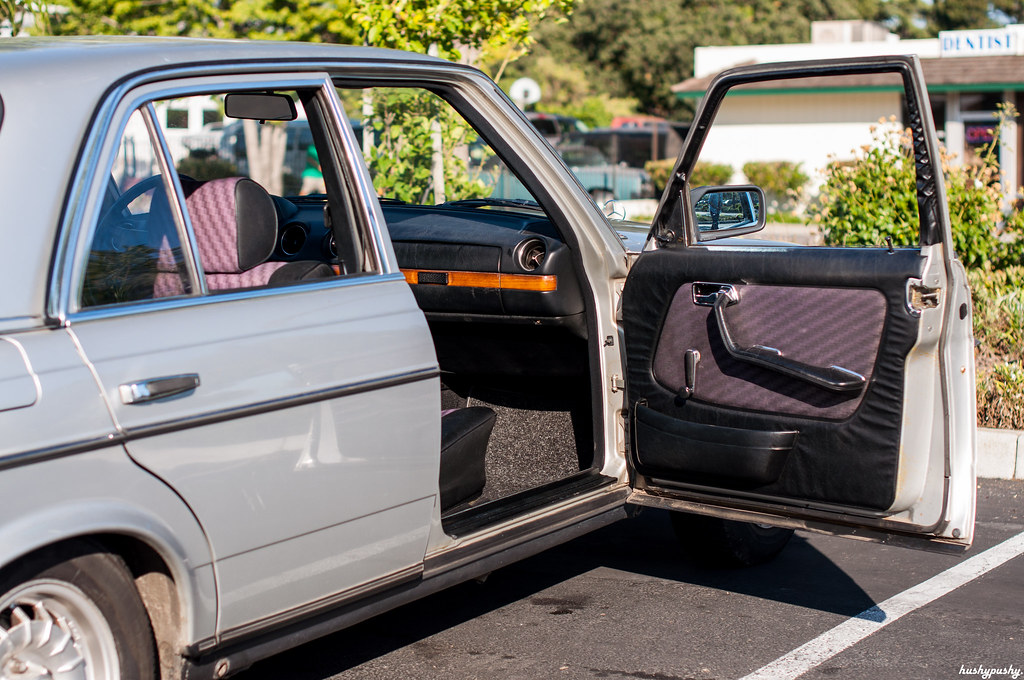 But it also extends to the interior. The purple cloth is in excellent shape with no rips. And remember how none of the power windows worked in the 300D? Well, this has crank windows and a manual sunroof–and it all works. 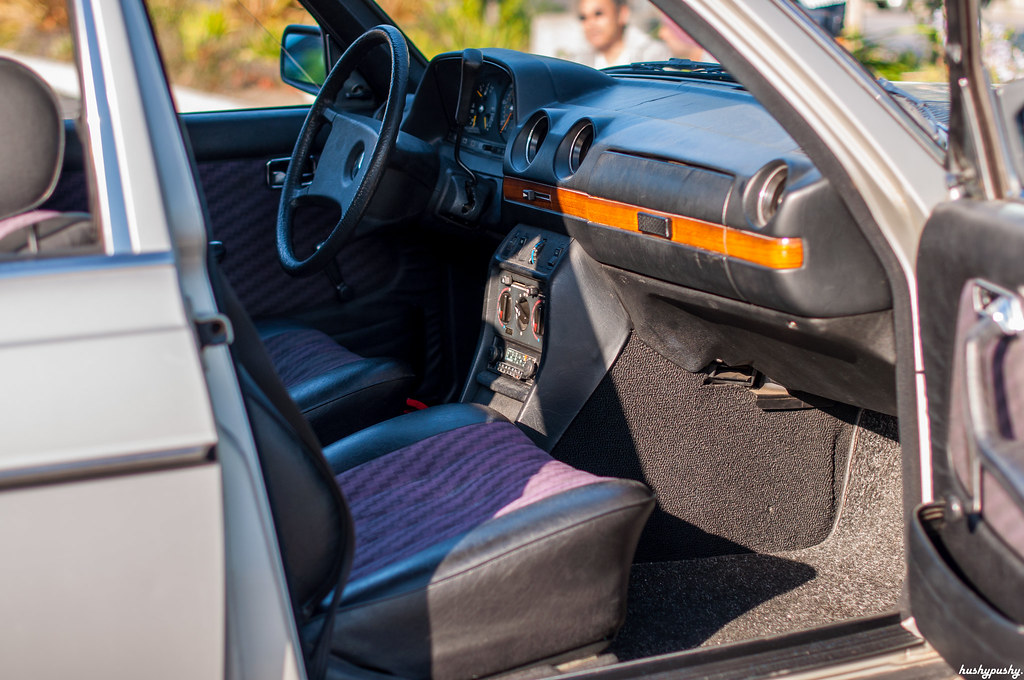 It even has dual climate control, which the 300D does not have. 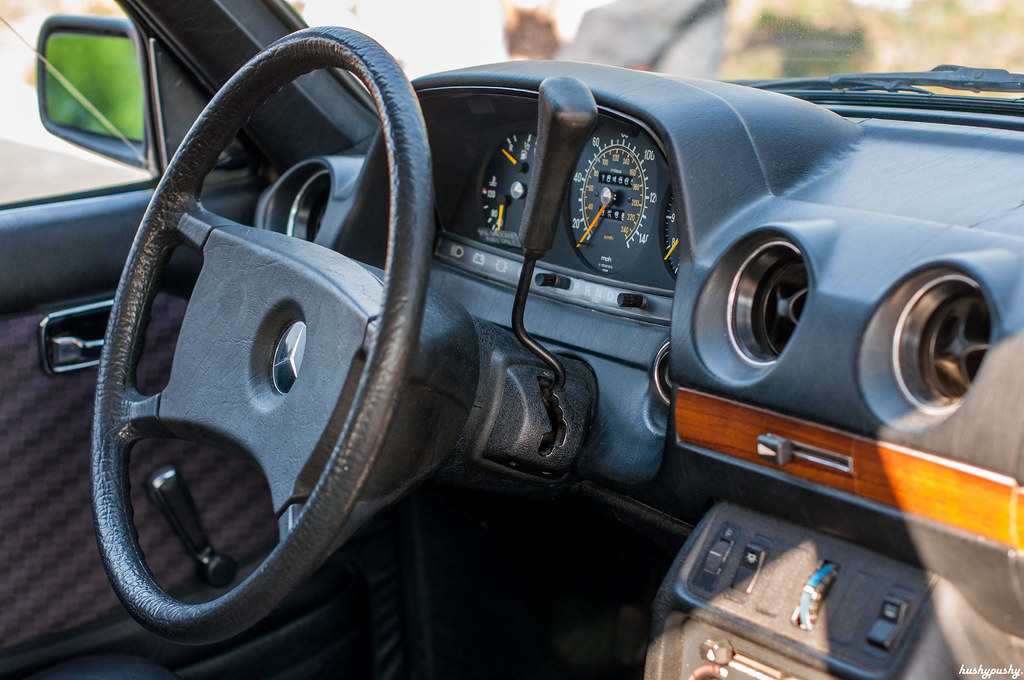 There are approximately 100,000 fewer miles on the chassis, and check out that column shift! It frees up a lot of space in the center console, and gives the front seat a really airy feeling. 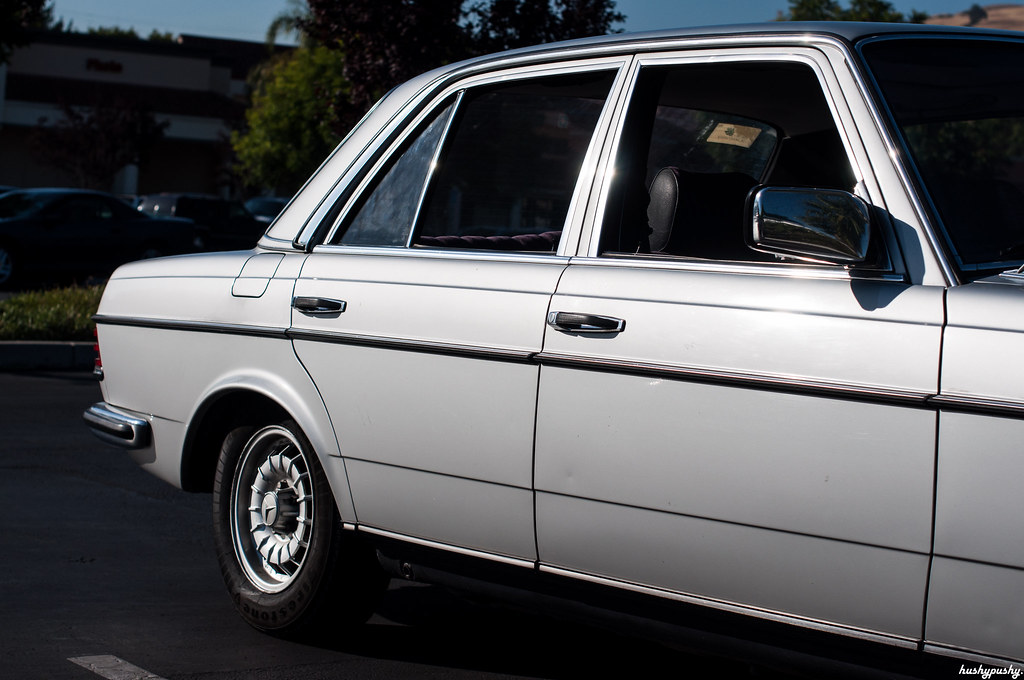 The condition of the car is truly impressive; there are only a few minor dings to be found. 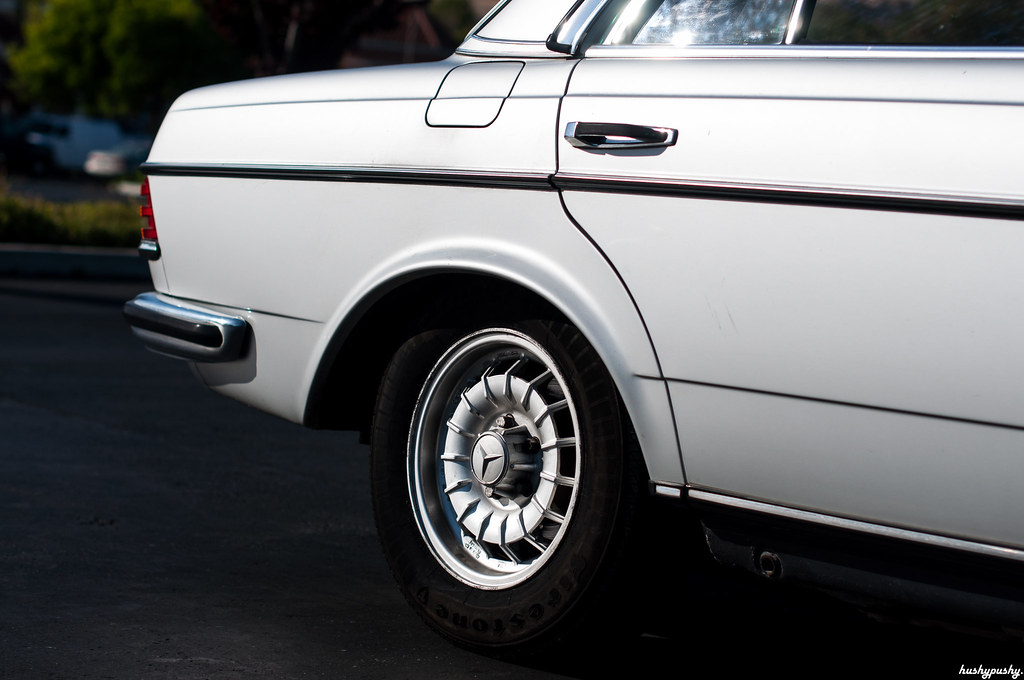 And those doors? They still close with that legendary vault-like thud. 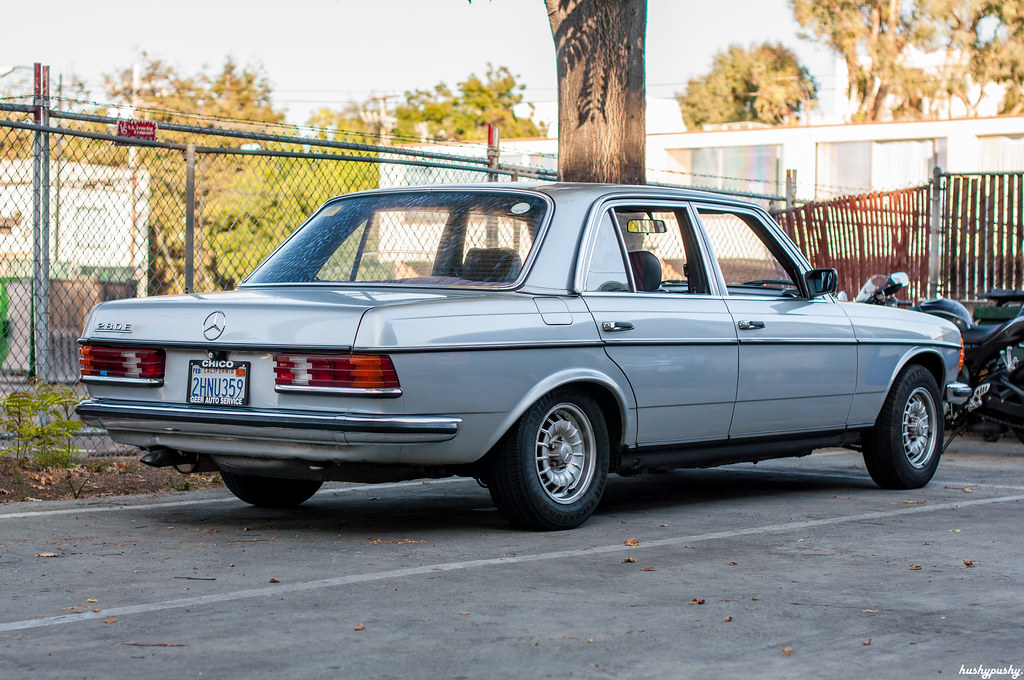 It’s got kind of a funny reverse rake going on…based on the initial ride, I think it’s time for some new rear shocks. The left tail light has a small chip, and the previous owner used blue painters’ tape to cover it up (instead of clear tape or that red “tail light tape”). 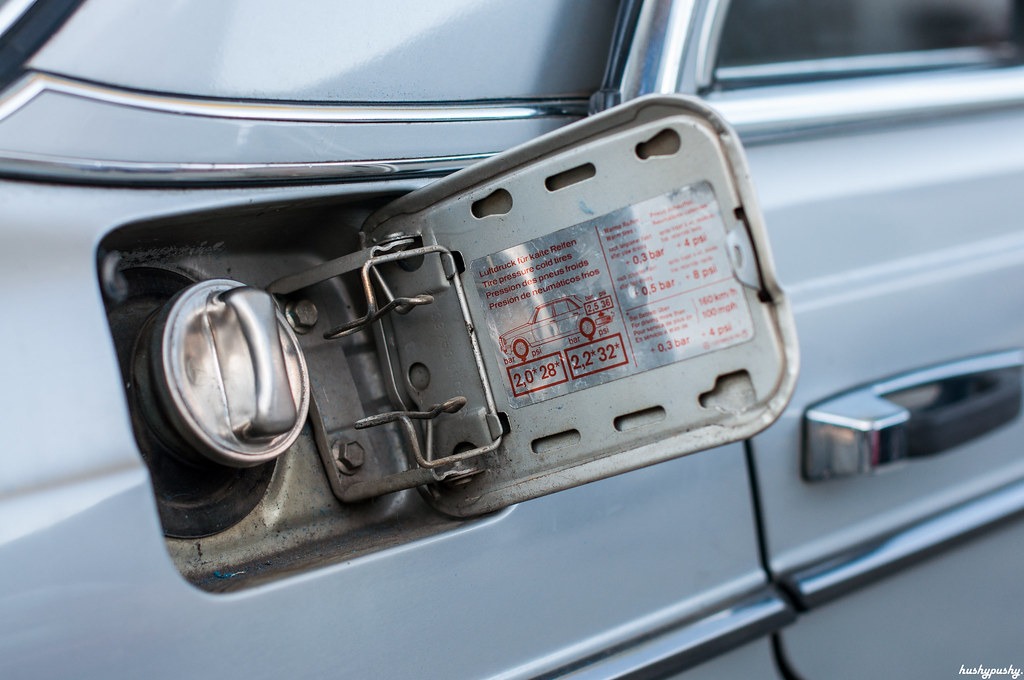 Mercedes and other mainstream brands abandoned the metal gas cap long ago, but it’s nice to see it still intact here. 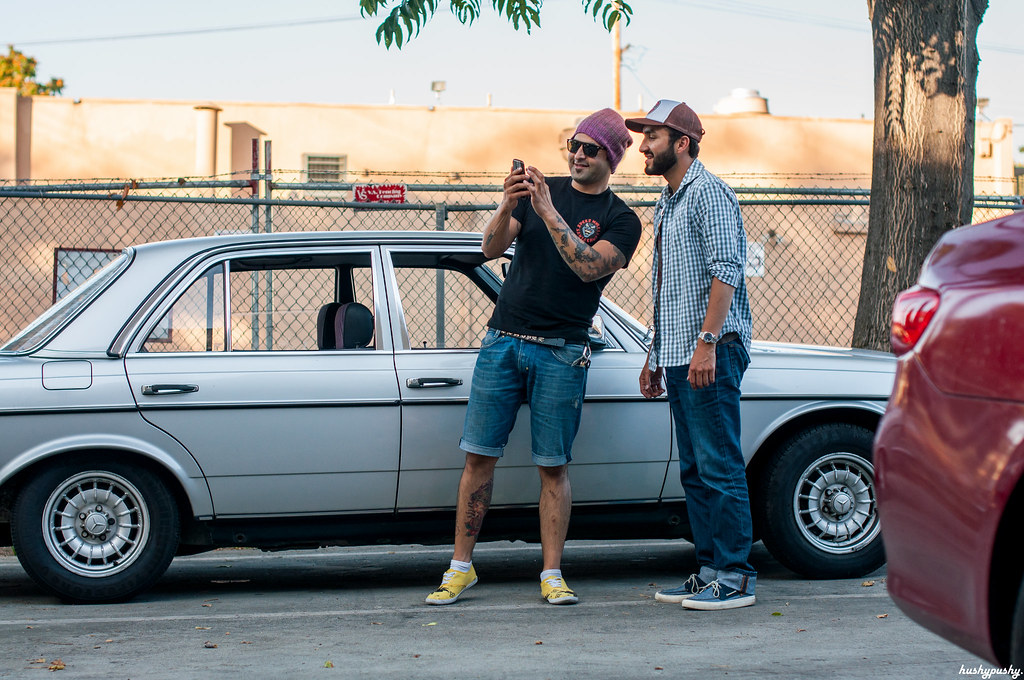 At the end of the day, that’s what it’s really about: the feeling of “dude, that’s my car.” 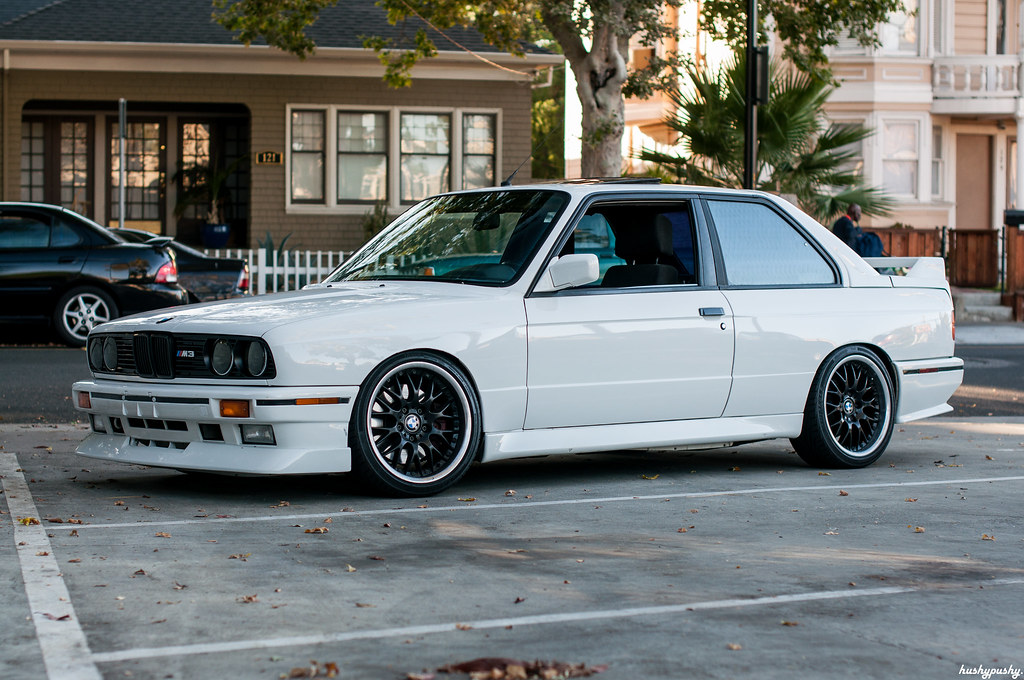 …and one more pic of the M3 on the way out, just because I’m obsessed with this thing right now.