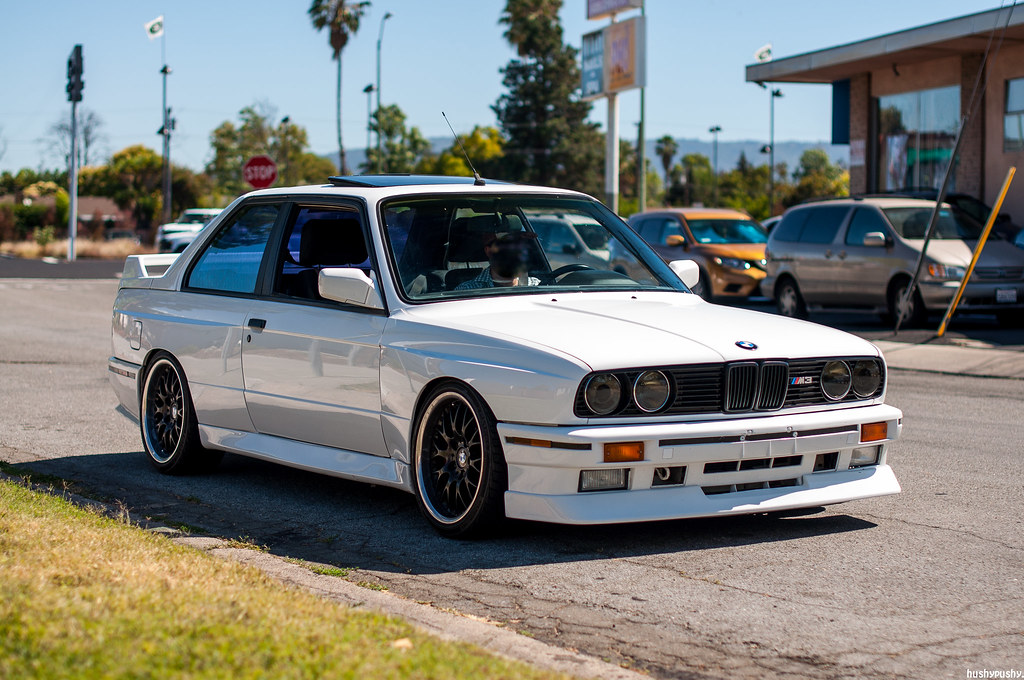 Call me a purist, but I believe that anything bearing BMW’s legendary ///M badge should be driven. With the skyrocketing popularity (and accordingly, value) of E30 M3’s, they’ve ironically become even rarer. What was once a great buy for road or track use has now become a bona fide collector’s car—and sadly, collectors’ cars don’t get driven. 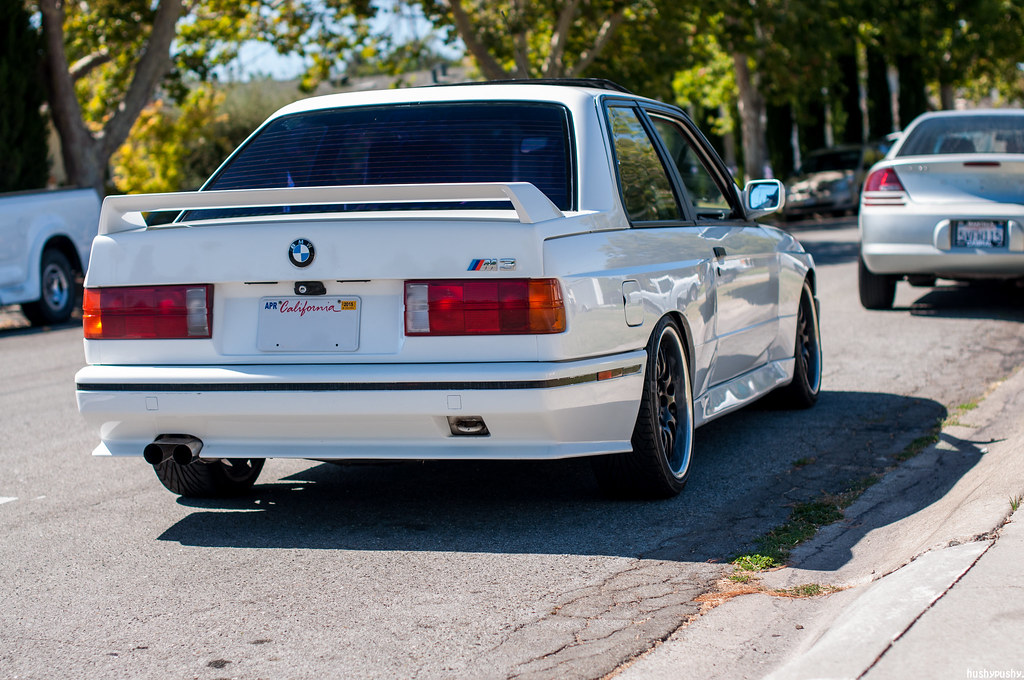 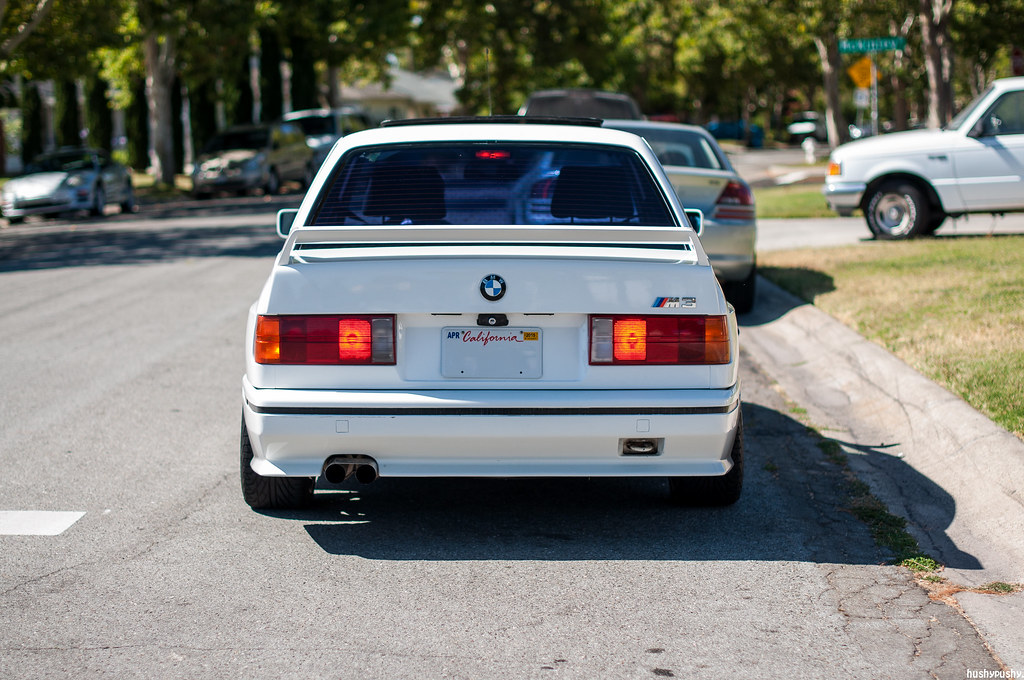 Once he finally reached a level of financial comfort and possession of a garage, all the pieces fell into place: he could now fully justify owning that long-desired E30 M3. But there was just one hitch: he wanted a really nice example, but he fully admitted that if he owned a low mileage, all-original car, he would be reluctant to drive it. That attitude really bums me out; why would you buy your dream car if you don’t intend to drive it? 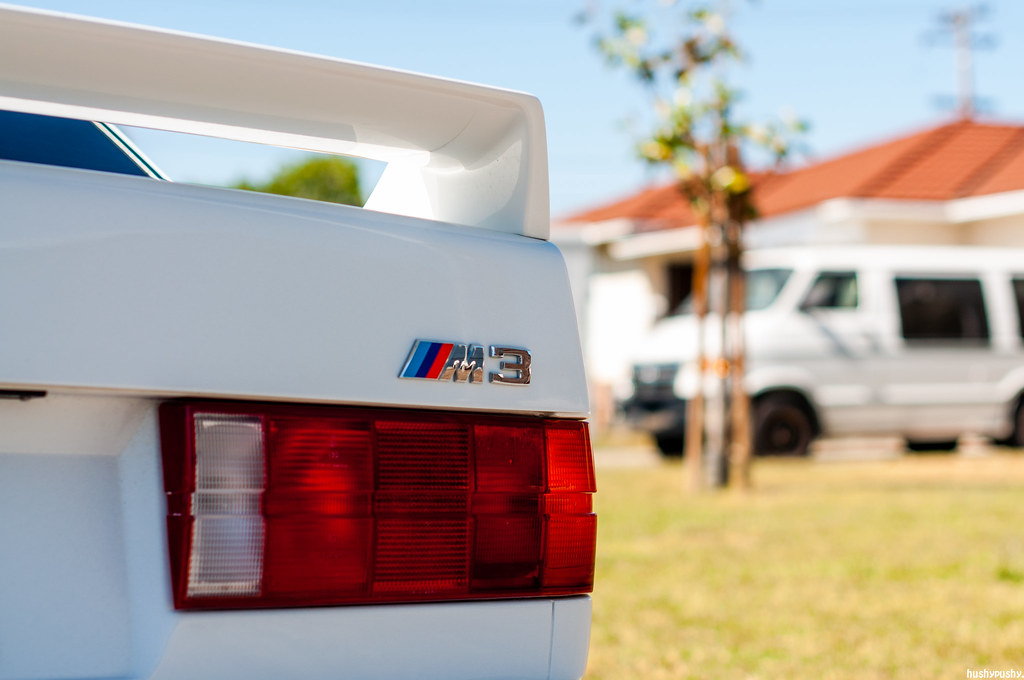 That’s why this Alpine White 1989 M3 is the absolute perfect find for Art. To be honest, this car doesn’t exactly have the cleanest paper trail; when it was recovered from a theft over a decade ago, it survived intact but the thieves’ intentions were clear: the original E30 M3-specific four cylinder 2.3L S14 was missing. Not only that, but the M3 cluster (which features an oil temperature gauge instead of the MPG-o-meter that all other E30’s have) was also stolen, meaning the actual mileage of the chassis is unknown.

A certain Zorro del Coche will have you believe that not knowing a vehicle’s exact mileage is an egregious offense against common decency. In this case, I believe it’s actually ideal. Who cares how many more miles you add if no one knows how many it really has in the first place? Just go ahead and drive it! Mechanically, it feels strong; under the hood now is a refreshed DOHC, VANOS-equipped 2.5L straight-six M50 from an E36 325is that not only sounds great and makes decent power, but more importantly offers the bolt-in potential of an S50 in the future. ITB’s and six forward gears, please! 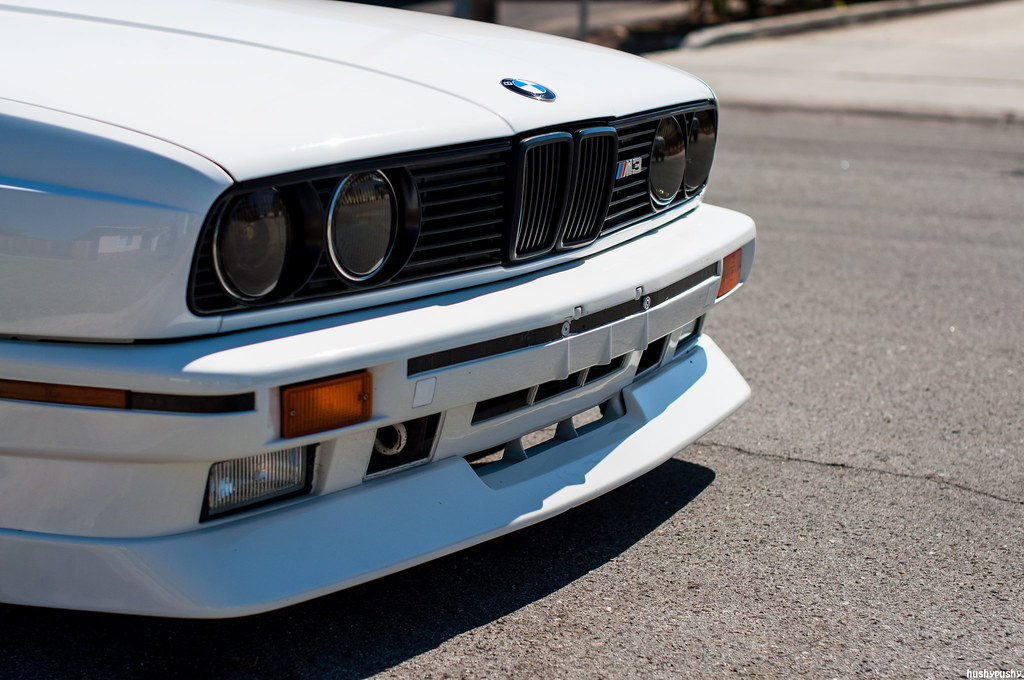 As you can see from the photos, the car is in fantastic shape. But is it perfect? Of course not–it’s 25 years old. But that’s precisely where the fun lies: there are things to do. 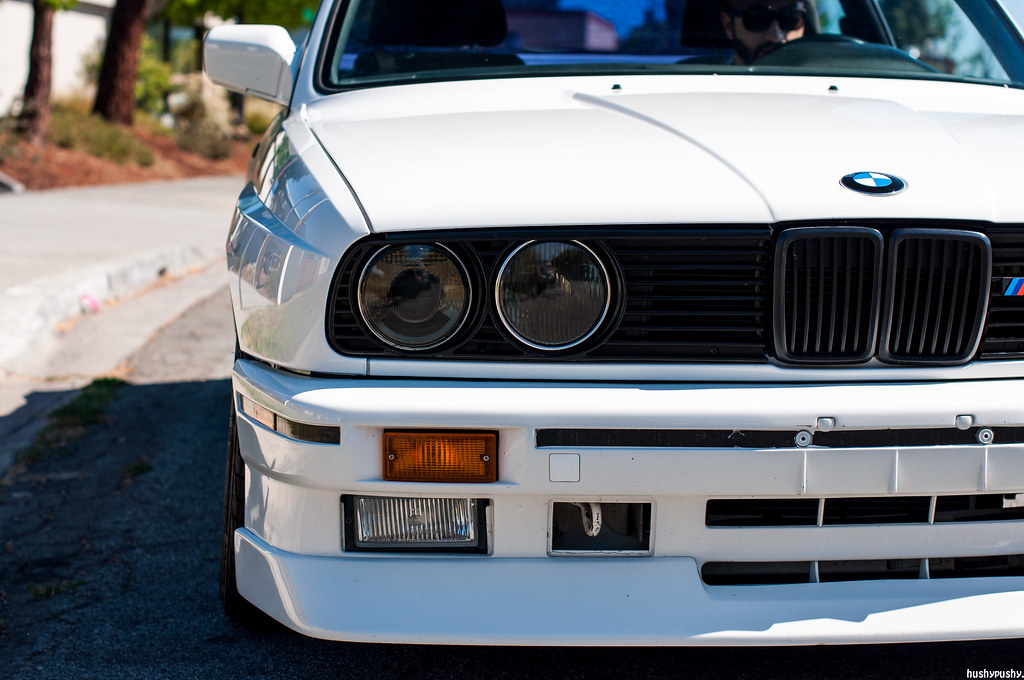 Those headlights? Euro smilies—but they have a dark tint over them. That has got to go. Maybe the headlight bezels will become black, but he expressed desire for chrome-ringed kidney grilles like the car originally came with. Plus the block-off plates need to be reinstalled, the black trim refreshed, and the foglights aligned. 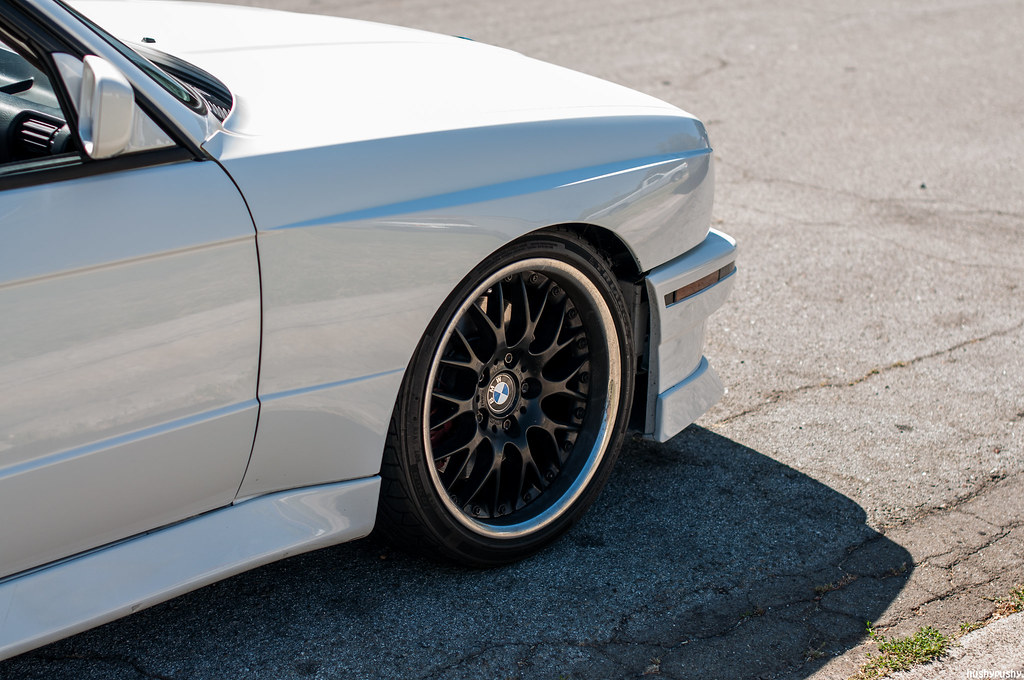 And the Style 42’s? Three-piece and OEM+, but not to Art’s taste (nor mine, frankly), and they’re wrapped in Triangle-brand rubber, which can best by described as “ultra shit”. Anyway, the wheels will be swapped out, and the suspension will likely be freshened up as well. 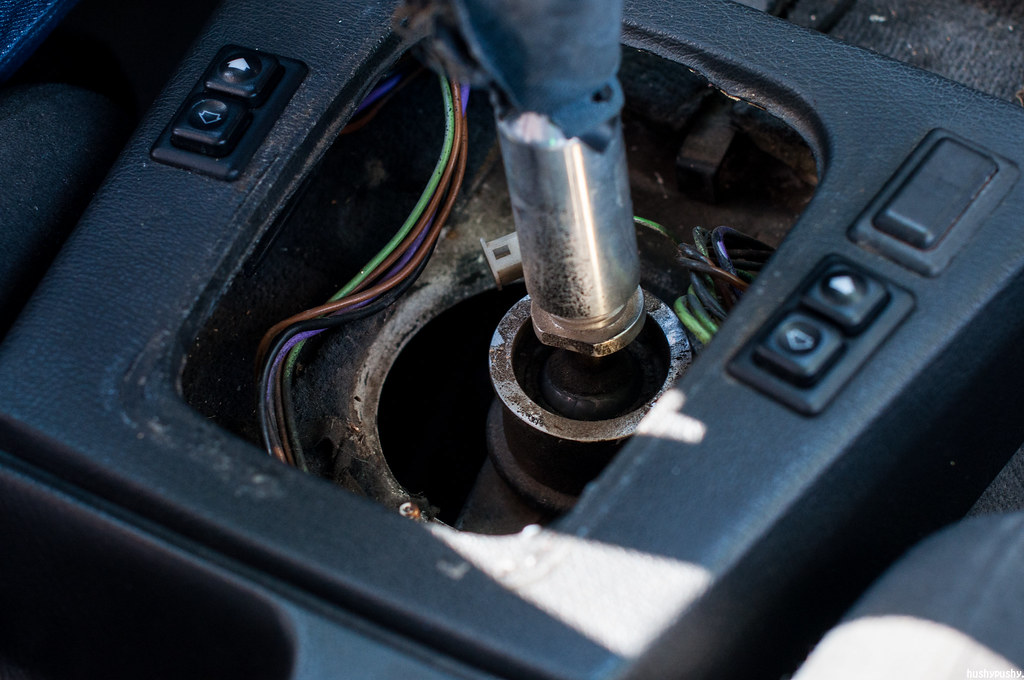 As I’m writing this post, the text messages are flowing in–he’s already fixed this problem. This might be handy in the dead of winter, but in 90º summer weather, you definitely do not want an unshielded transmission tunnel. An aluminum plate, rubber boot, and sound deadening have already made their way in, and the whole interior will get a thorough cleaning. 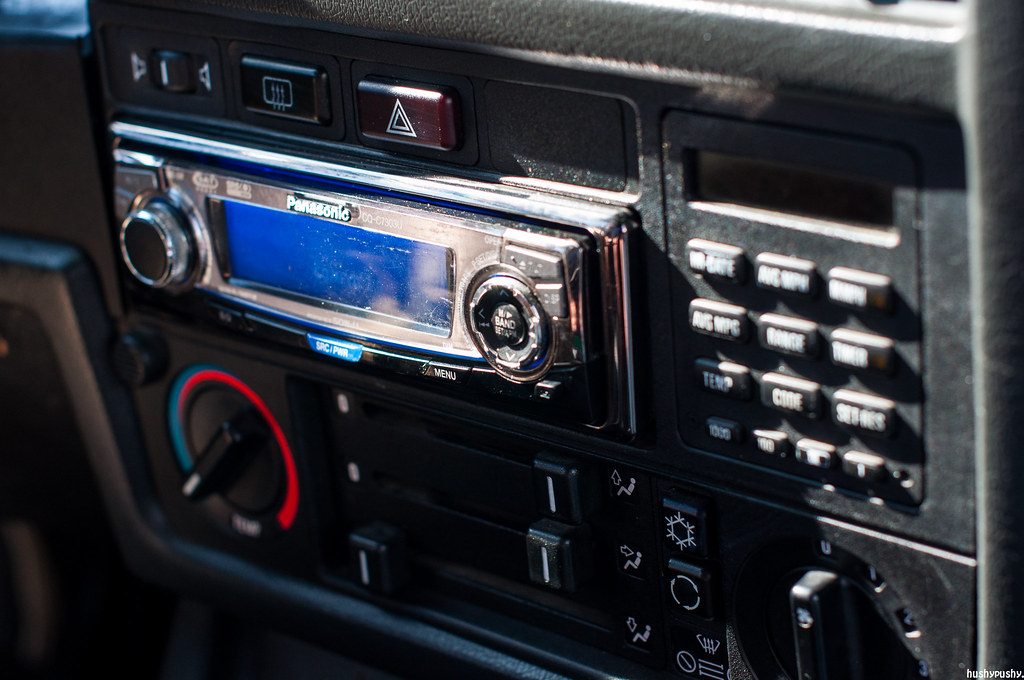 The head-unit is dated and not wired properly; the OBD unit, like every other one, is non-functional and will be replaced (Euro clock, perhaps?). The A/C is present but adapted lines will need to be installed to get the swapped E36 hardware to work with the original E30 hardware on the chassis.

All these little things fall into the “you either get it or you don’t” area. While others might consider it a hassle, people like Art relish the chance to dig into the car and tinker with the little bits. The straight body, clean interior, and solid drivetrain provide the foundation–and the rest is absolutely what makes classic car ownership so damn fun.

One thought on “It’s Still Just a Car.”