I’ve known Andrew since sometime in my college days, which I guess would be about eight years now. Back then, I remember going over to his smog shop at the edge of the Mission district with Art and just hanging out while we checked out Andrew’s cars or waited for an interesting customer to show up. 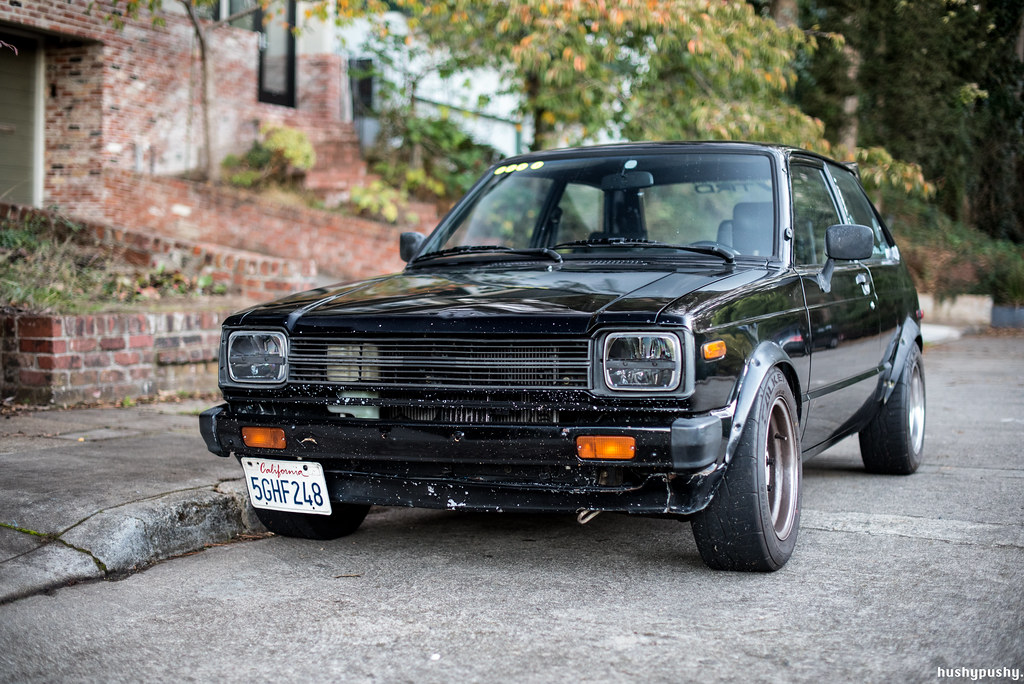 There are two cars I remember from those days, and he still has them both: a narrow-body Chrysler Conquest, and the KP61 Starlet you see here. The smog shop on Valencia closed down and Andrew moved to the north bay, but those precious Japanese classics remain. 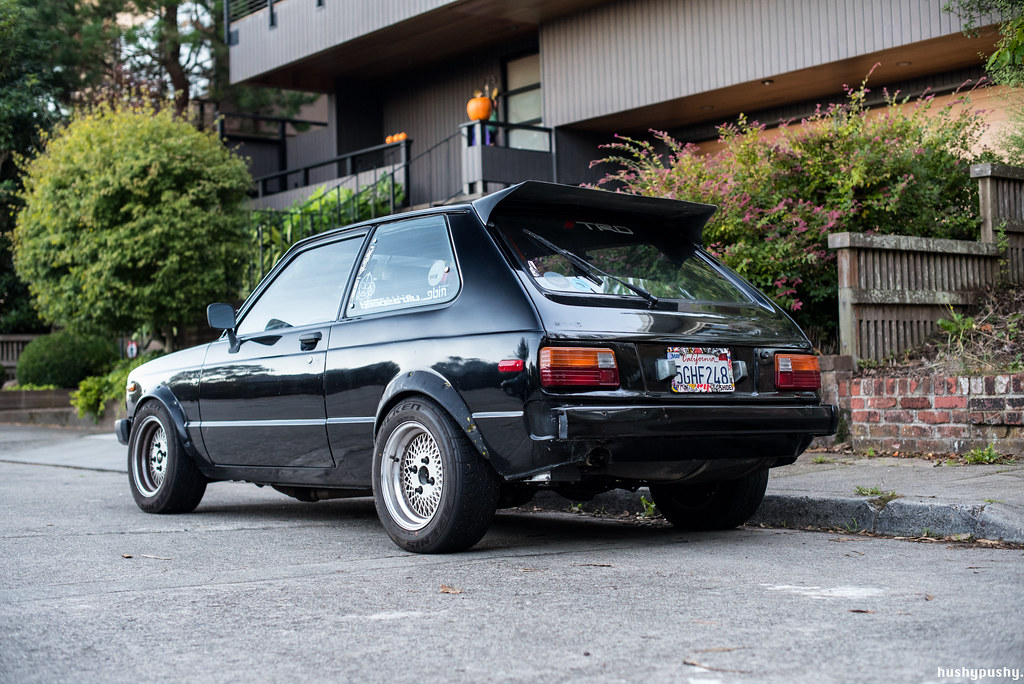 The Starlet community is pretty small, probably in part because there isn’t a whole lot of aftermarket support to help the anemic 1.3L and the primitive chassis it powers. Andrew did the common mod of installing AE86 running gear; a 4AGE is under the hood, and the 86’s rear end was modified to mount up to the Starlet body. 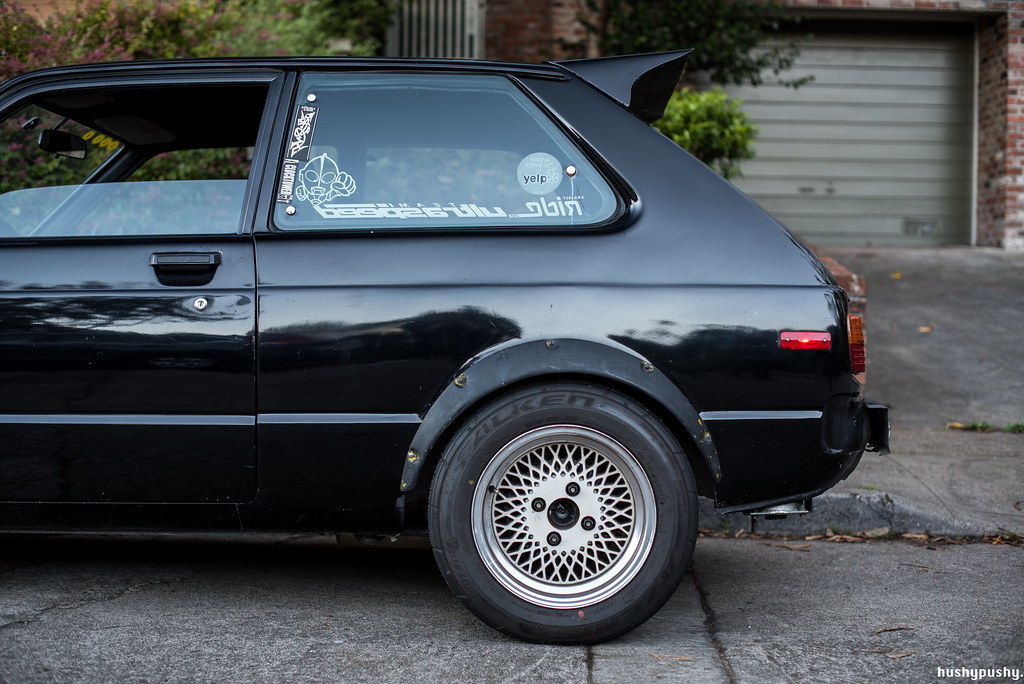 Where the Starlet had triangulated rear links, the Corolla had parallel links plus a Panhard bar. Andrew says that without that horizontal link, the rear end does get a little bit of shimmy. But it’s not a serious track car by any means, so perfection is not the goal. 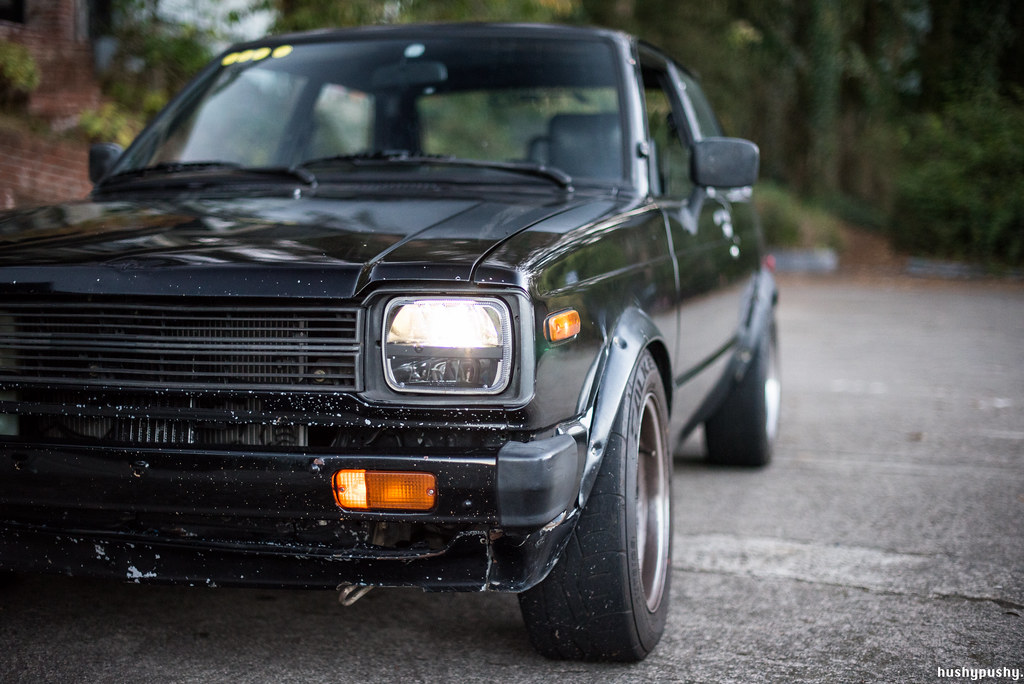 Its latest modification? These ingenious headlights. They look like period correct reflectors, and the only reason they stand out at first glance is that they’re so clean. But they hide a naughty, modern secret—they’re LED! That’s the perfect modification in my book. 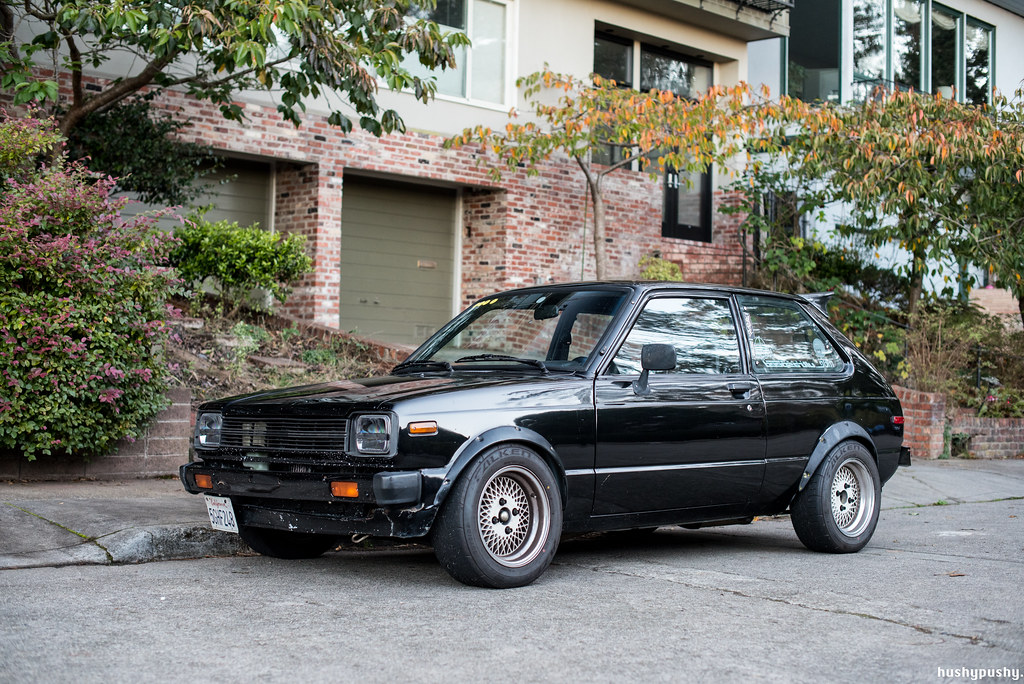 My FR-S is the car I’ve owned the longest, at almost two-and-a-half years, and I’ve been itching to replace it for a while. Maybe it’s my attention deficit or lack of patience, but I always admire people who can keep cars for so long and keep working on them, because I just can’t. Let’s see what the future brings for the Starlet…oh, and maybe I’ll get some snaps of that badass Conquest too.