Some people are immune to compromises. If I were about to bring a child into the world and needed to adjust my vehicular stable to accommodate, I would set aside my need for speed and sportiness. 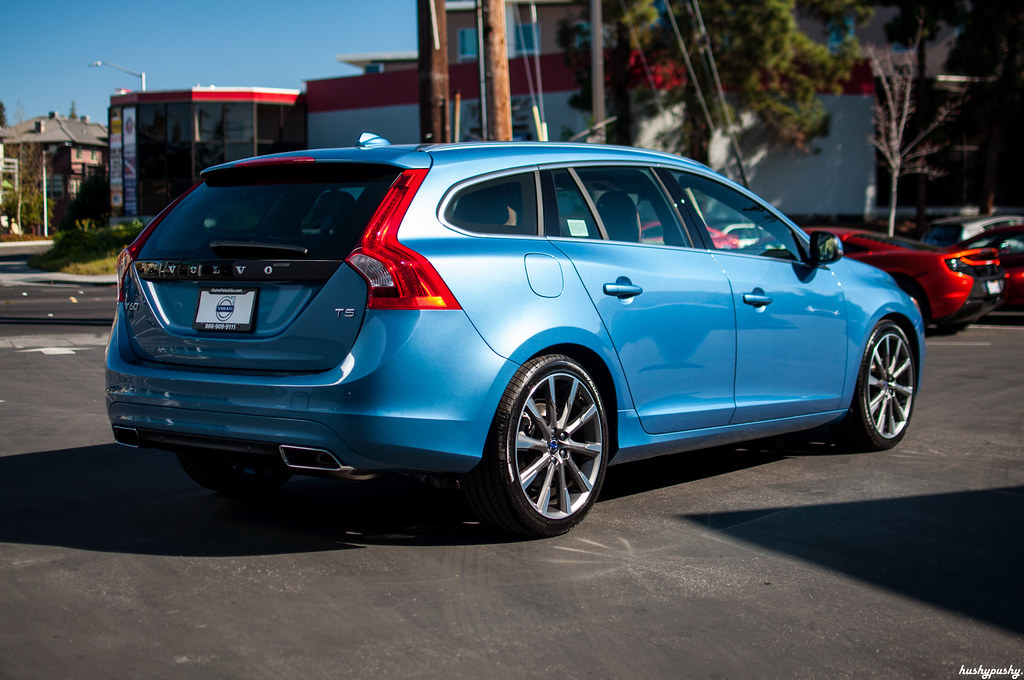 Yeah, I would probably roll with my family in something like that: safe and new. Not even a badass all-wheel-drive version packing well over 300hp, either–I’d go with the FWD fuel miser. At least Volvo offers a “Sport Package” sort of option that gets you a stiffer and lower suspension, bigger wheels, and sexy seats. But that is practically the definition of a compromise—“okay, it might be an automatic Volvo wagon, but at least it has the Sport seats!” 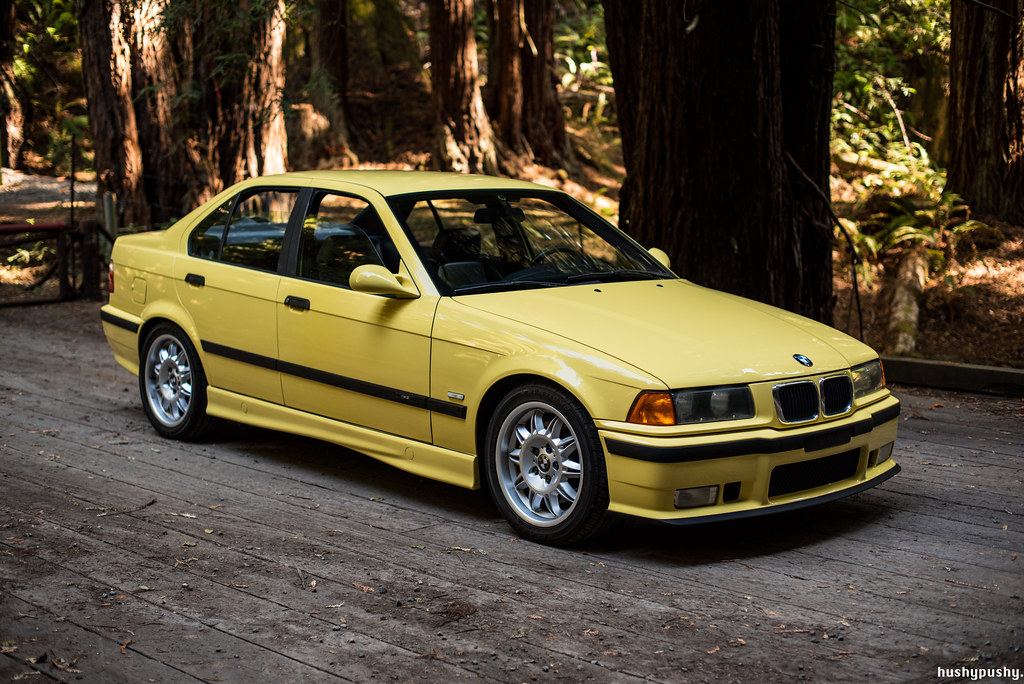 If you’ve been following this site, you’ve seen his E30 M3, E82 135i, i3, and Porsche 993. What you’re looking at is Art’s newest car. This is a man truly not given to compromise. When life called and a suitable family car was needed, the only answer was Unicorn. 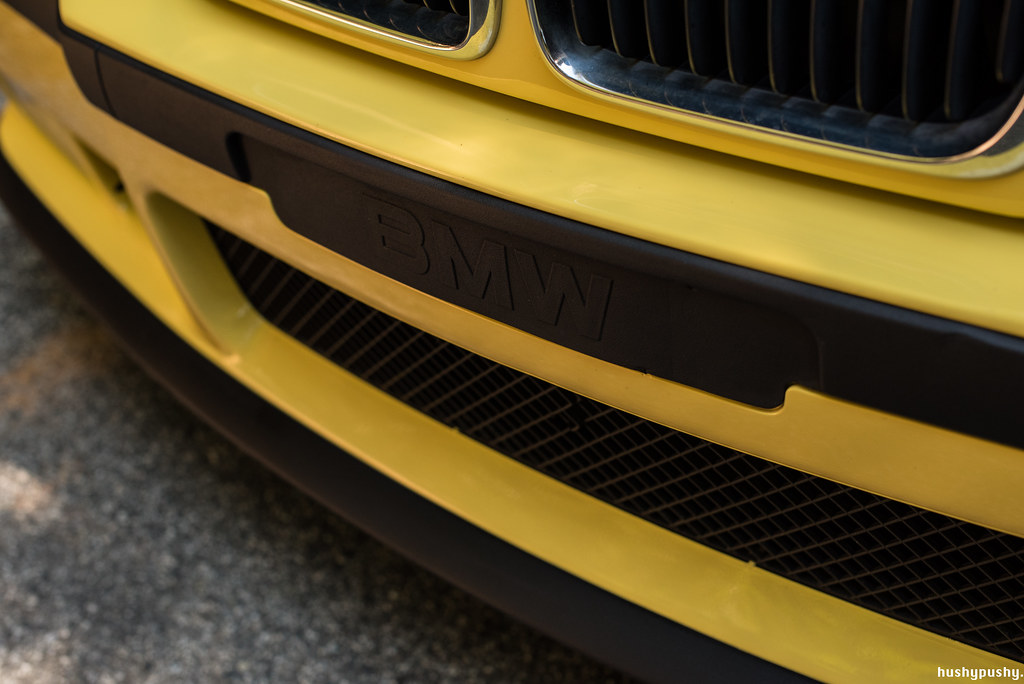 The requirements were deceivingly simple: it must be a sporty four-door sedan or wagon. Always keeping money on his mind, it should also be something that would either depreciate very little or even appreciate. That crossed almost every new car off the list, so the search extended to modern classics. 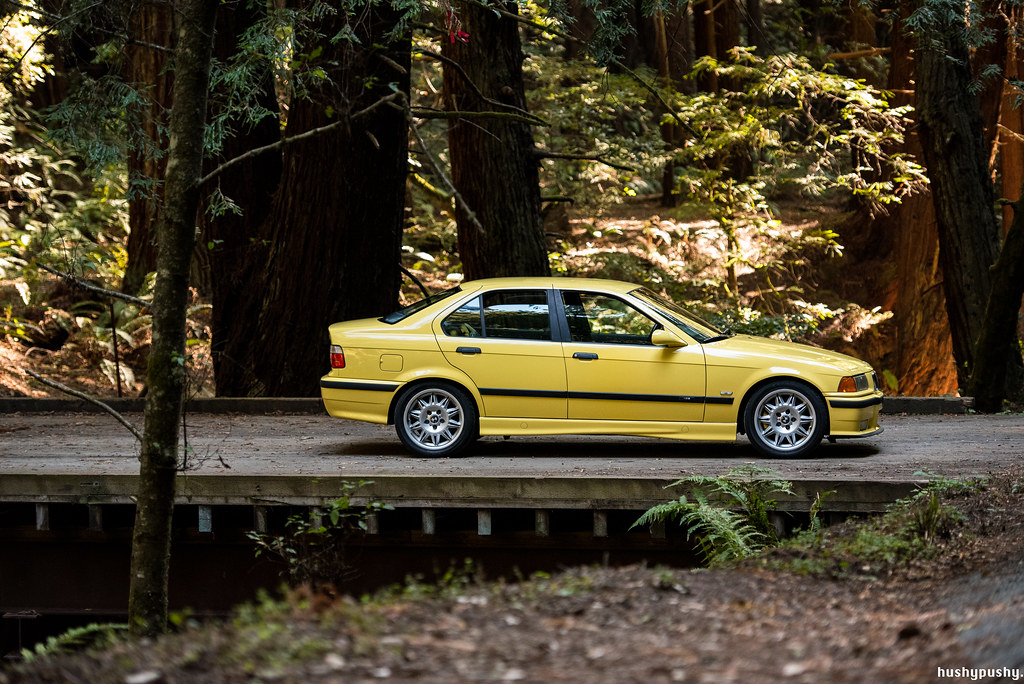 That’s where this E36 M3/4/5 fits the bill perfectly. Perhaps riding the E30 M3 wave, or perhaps because they’re cool cars in their own right, the E36 M3 has essentially stopped depreciating and begun its upward appreciation curve. 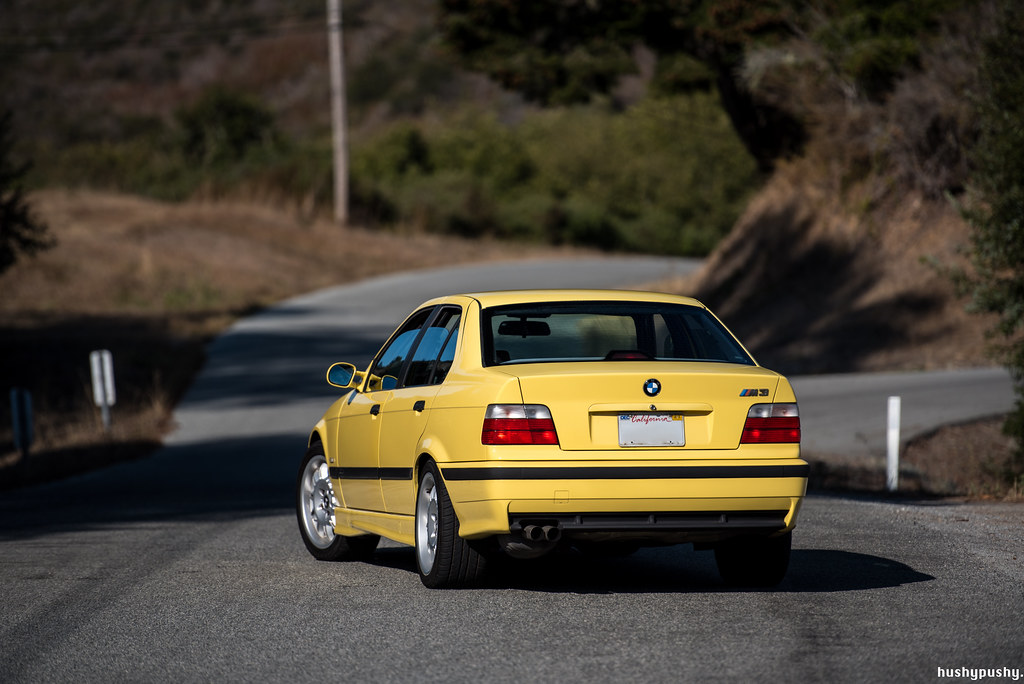 And as a tool for the job? It’s ideal. E36’s are in the “Goldilocks zone” of cars; you can cruise with four adults in comfort, yet narrow roads and city parking spots are no problem. 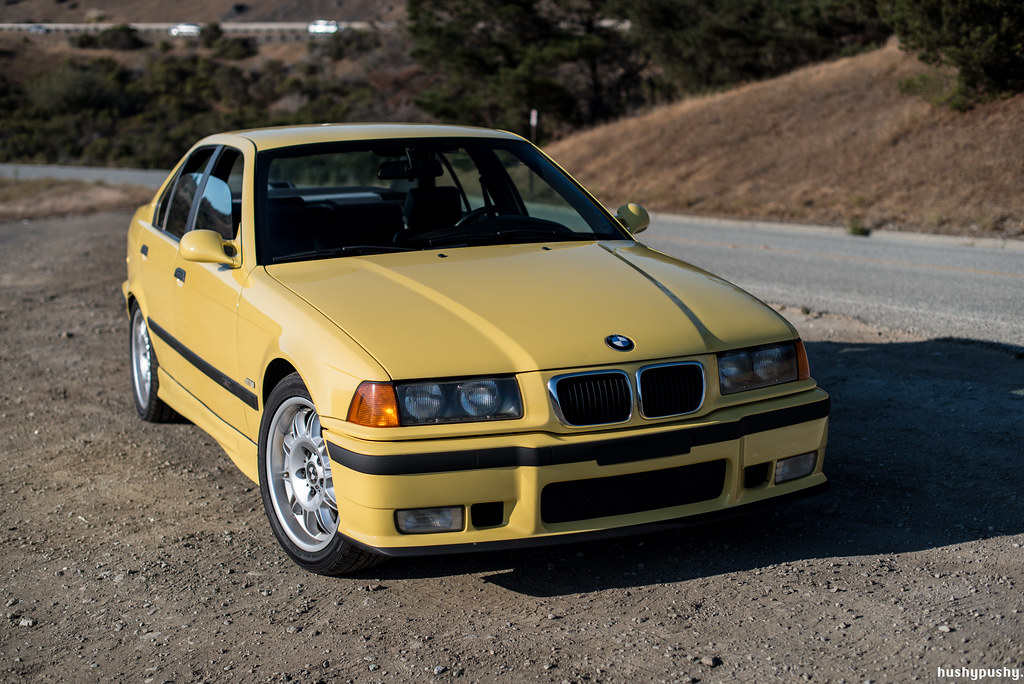 What about compromises? There are none. It does everything it needs to do and its only deficiencies relate to its age (like the condition of certain wear items, or the presence of a 5-speed–as opposed to 6-speed–gearbox). 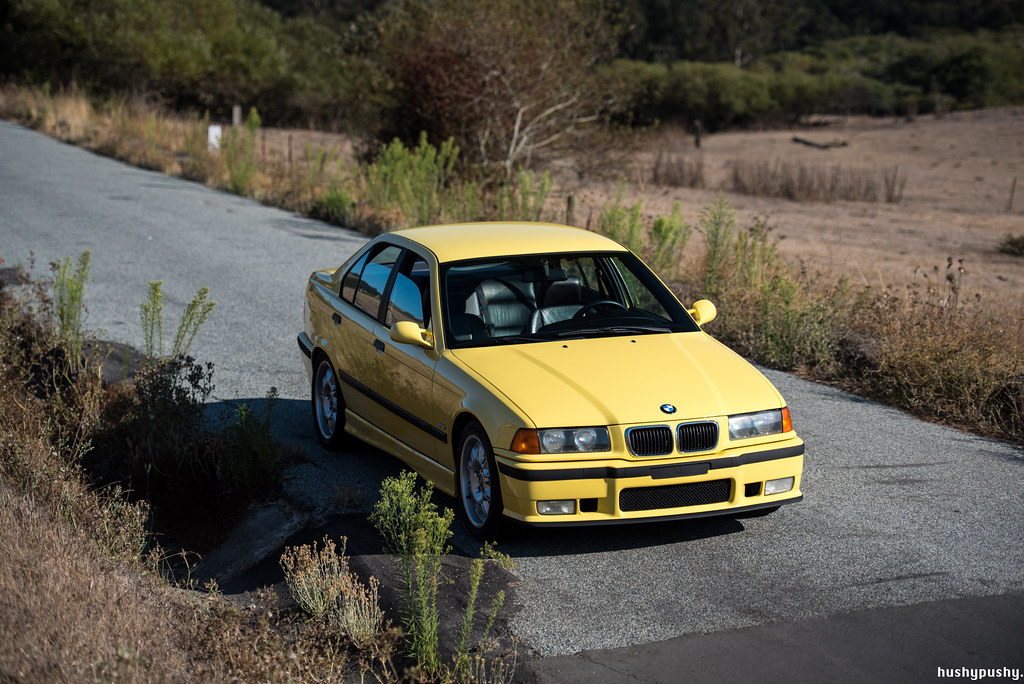 One thing you should know about Art is that he is not fond of sunroofs. Not only are they unnecessary weight strapped to the worst part imaginable (the very top), there’s one other huge consideration with this car in particular: E36 sunroofs are terrible. Twenty years later, most E36 sunroofs are either rattly, non-functional, or both.

But, you see the roof on this car, don’t you? Yup, there’s nothing there: this is a sunroof-delete car, aka a slicktop. By default, all US-spec M3’s until the E92 were equipped with sunroofs; if you wanted a slicktop, you had to special order the car with a sunroof delete. Since Americans tend to buy their cars straight off the lot instead of waiting three months for a special order to arrive, slicktop M3’s are exceedingly rare. 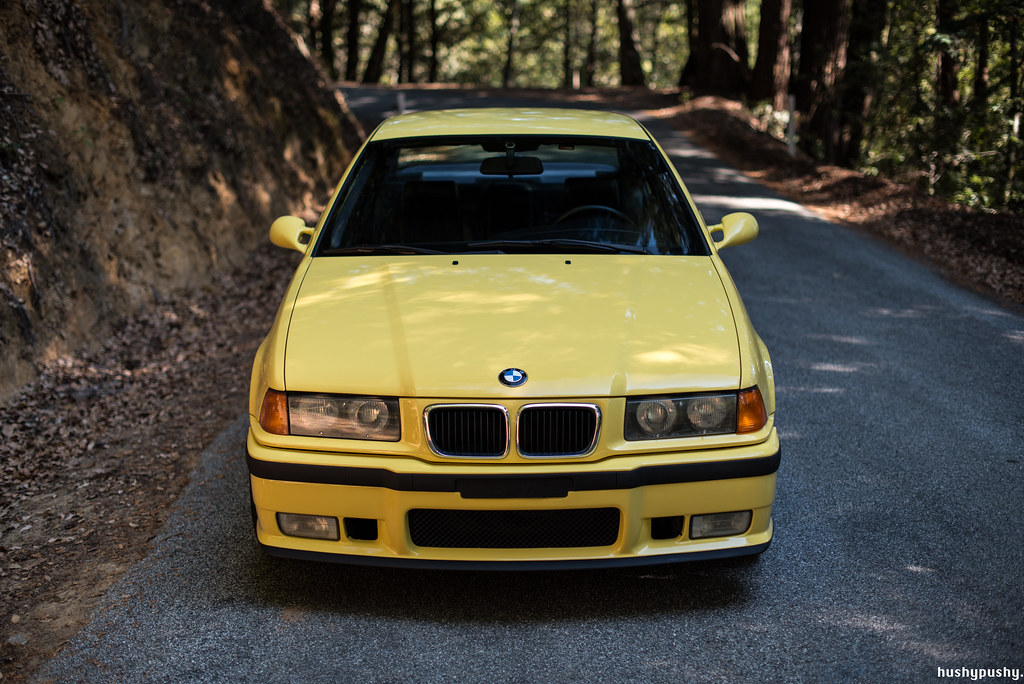 And again the refusal to compromise comes back. Because believe it or not, even though the E36 M3/4/5 is the perfect car for Art’s situation, he would not have bought it unless it was a unicorn-spec sunroof-delete car. Somewhat hard to fathom–unless you refuse to accept a compromise. 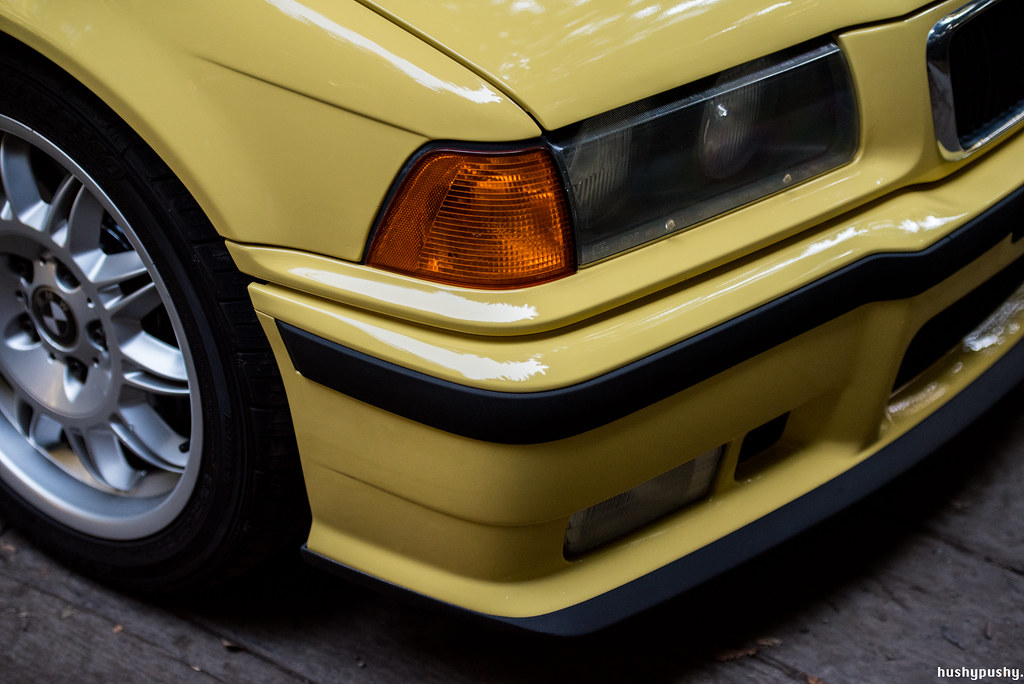 As far as we can gather from internet research, there were 75 total Dakar Yellow E36 M3/4/5’s made, but no one knows how many are slicktops. In addition to that, there’s no data concerning interior colors. Given how few slicktop sedans were made in general, this is a very rare car in North America. So far I’ve found three other cars that meet the “DYE36M345” criteria, but none had a black interior like Art’s. Do you have a Dakar Yellow slicktop E36 M3/4/5? If so, we’d love to see it!

One thought on “Dad Car”