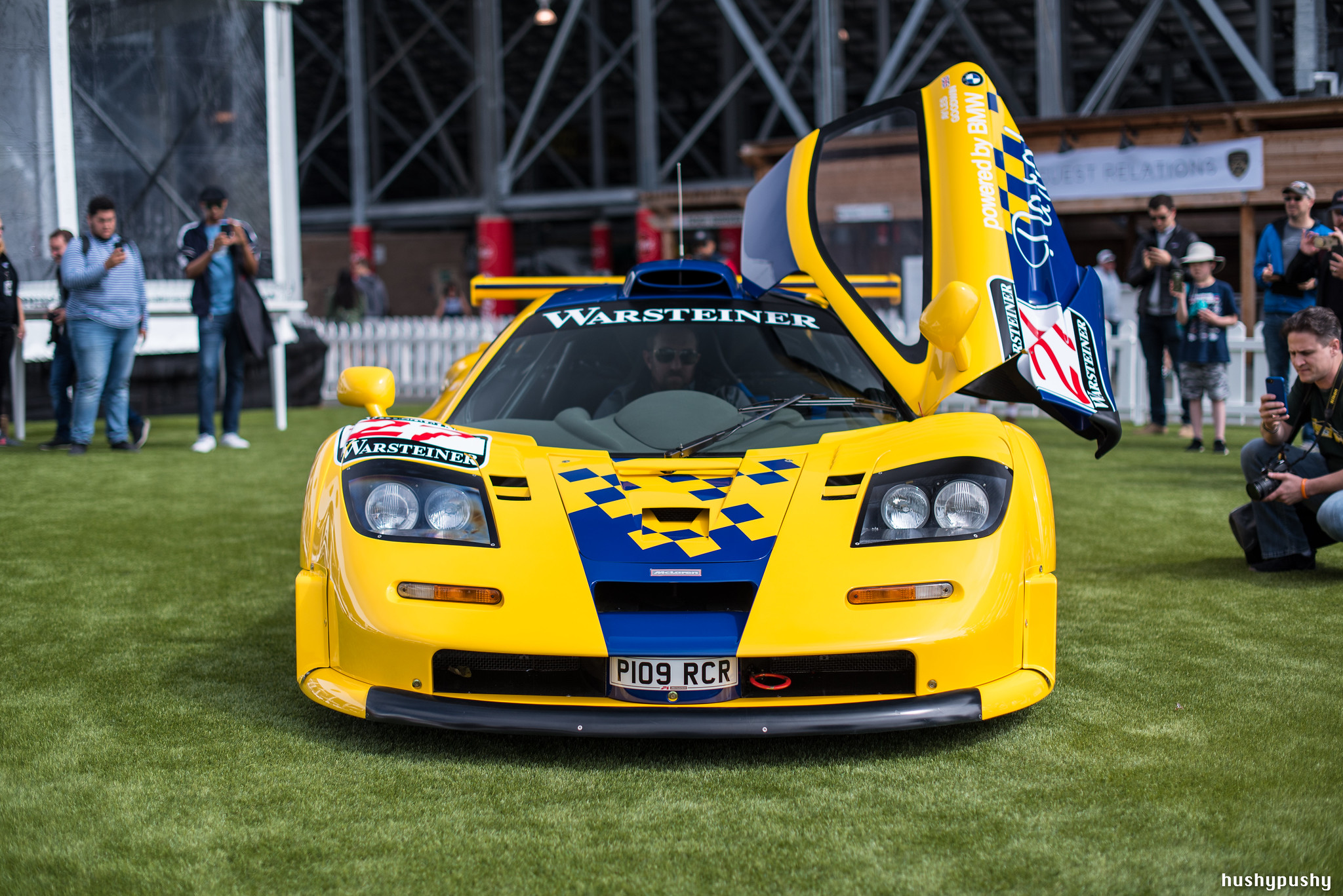 One of the big attractions at the Sonoma Speed Festival was an artificial lawn space that was home to just three cars. One of them was this legendary McLaren F1 GTR “Long Tail”. When I first spotted it, they were warming up the engine, and there was quite a crowd on hand. 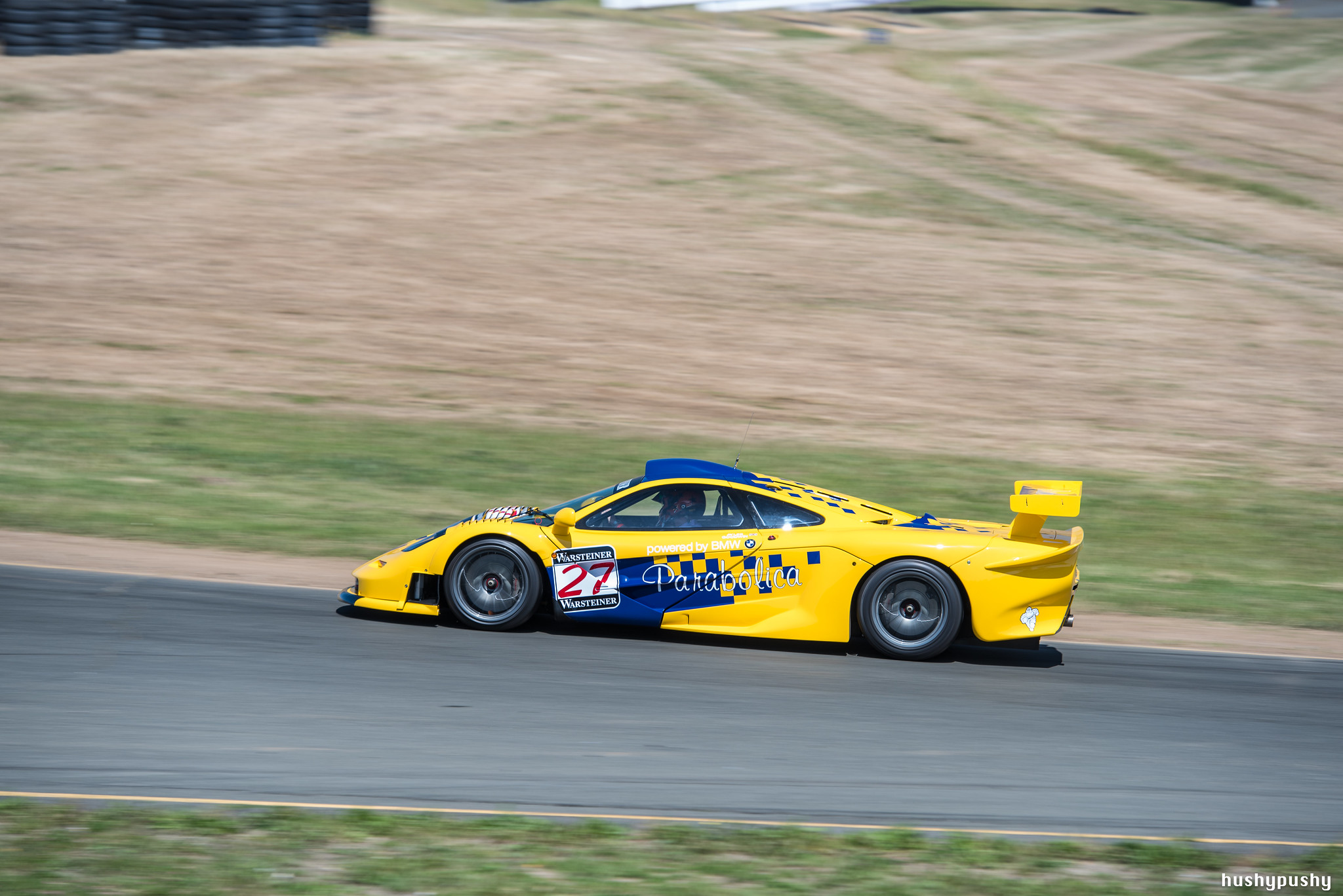 I managed to catch the demo laps, but unfortunately it wasn’t really moving with much pace. 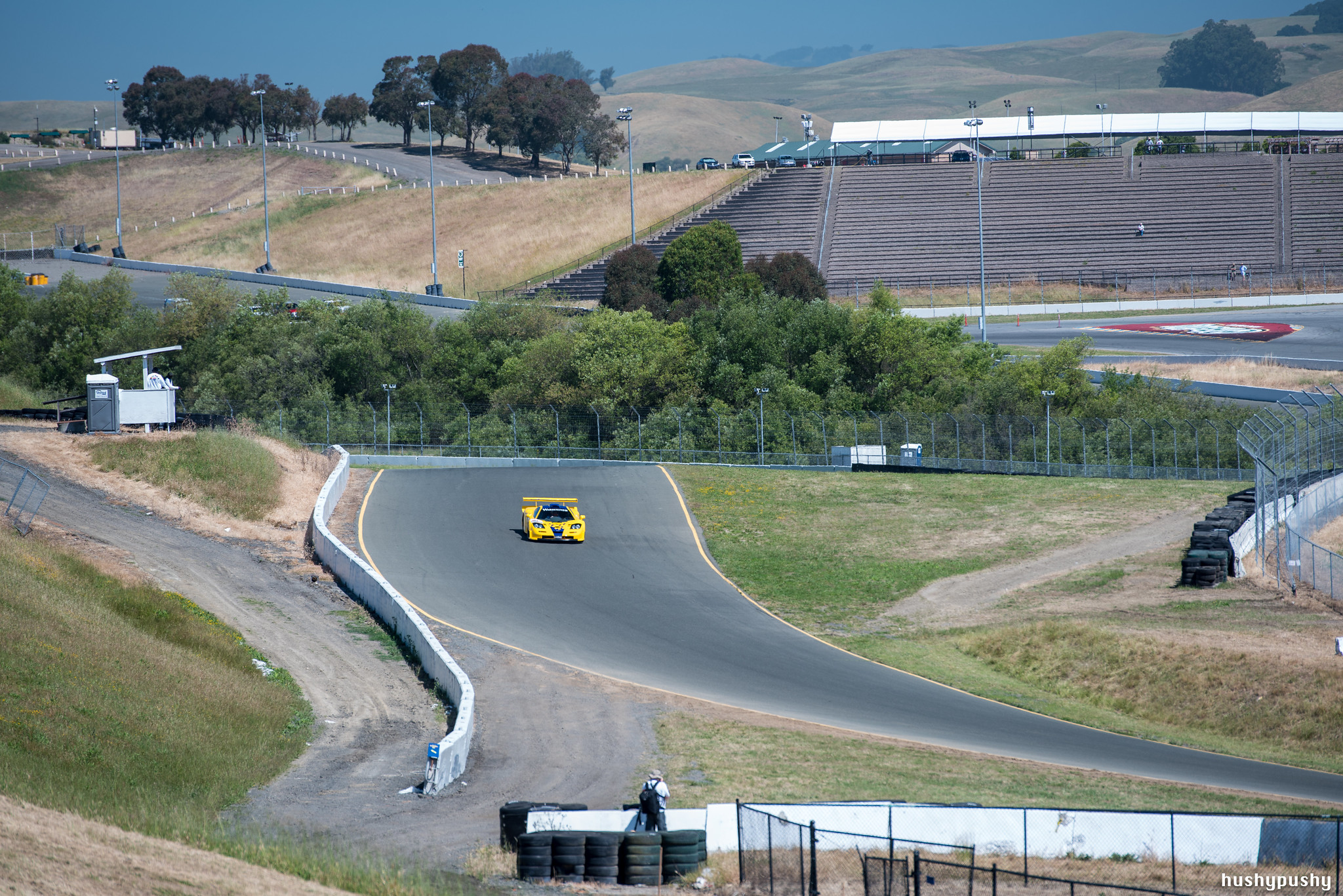 It still looked pretty awesome out there anyway. 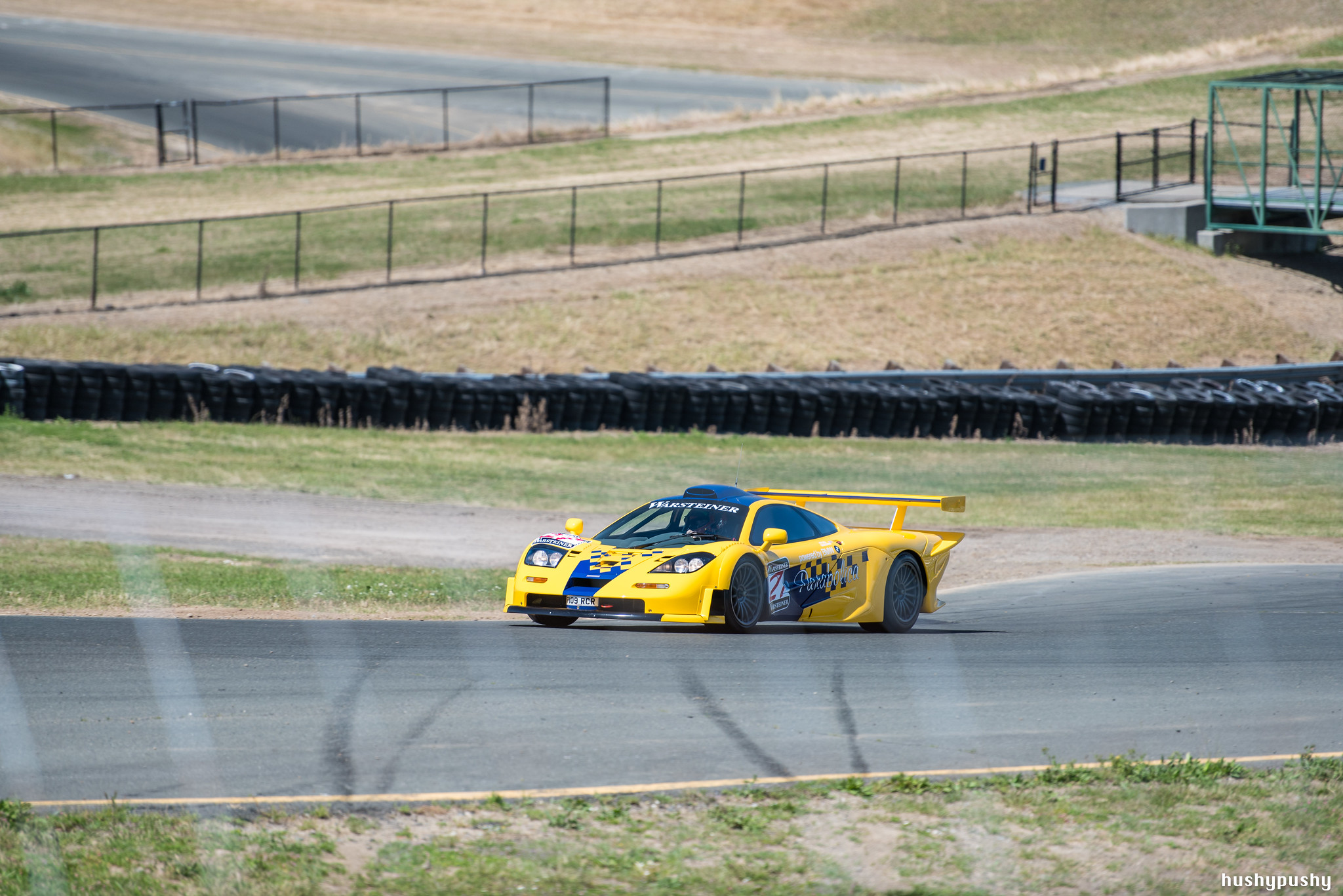 But unfortunately, it wasn’t out there for long. Unlike the Mercedes W07 Formula One, which did a good 10 laps or so, the McLaren only did three. 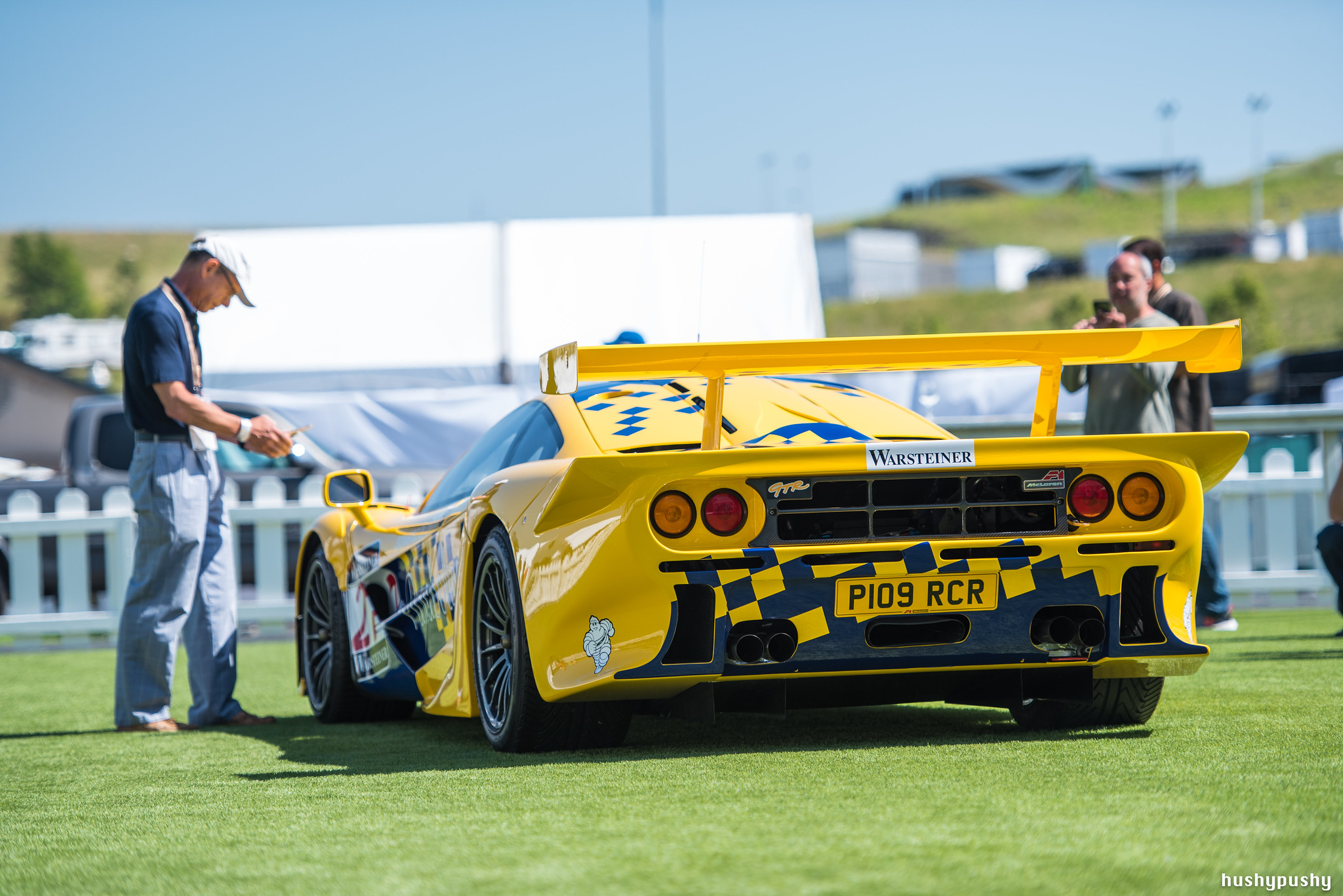 I was still determined to get some close-up snaps of the car, but every time I checked back, people were hovering around it. I crouched on the ground with my 70-200 and waited for 15 seconds, and this guy literally didn’t move at all–he must have been doing a serious frame job there. It was like one of those silver guys you see at the Embarcadero; he was completely frozen. 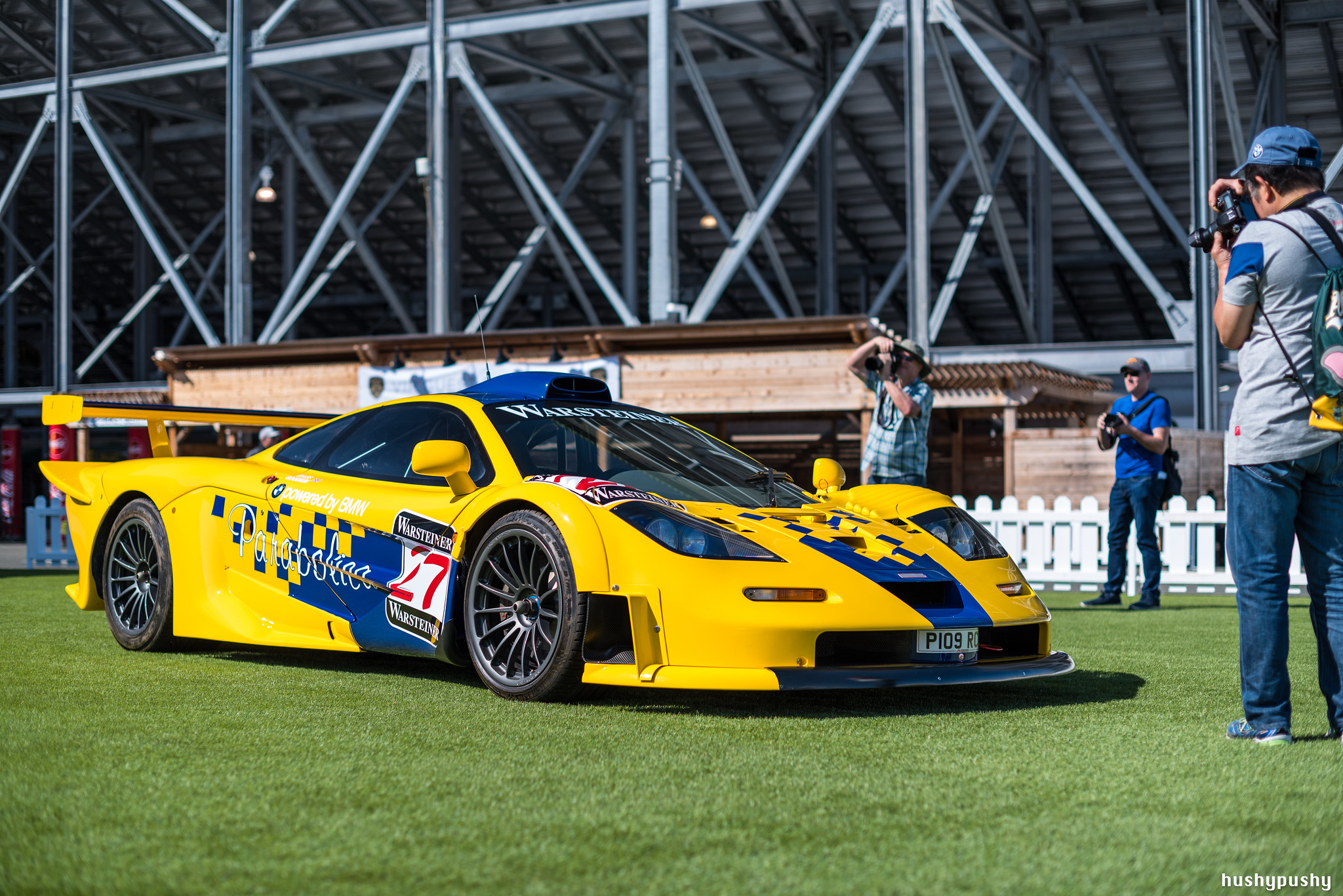 Later, I returned. The corral was empty! I walked through the gate, thought about it for a minute, and got into place for the first photo. When I lifted the camera to my eye, I noticed a photographer in frame. I put down the camera and then noticed there were three! Foiled again…but this time I was going to wait it out. 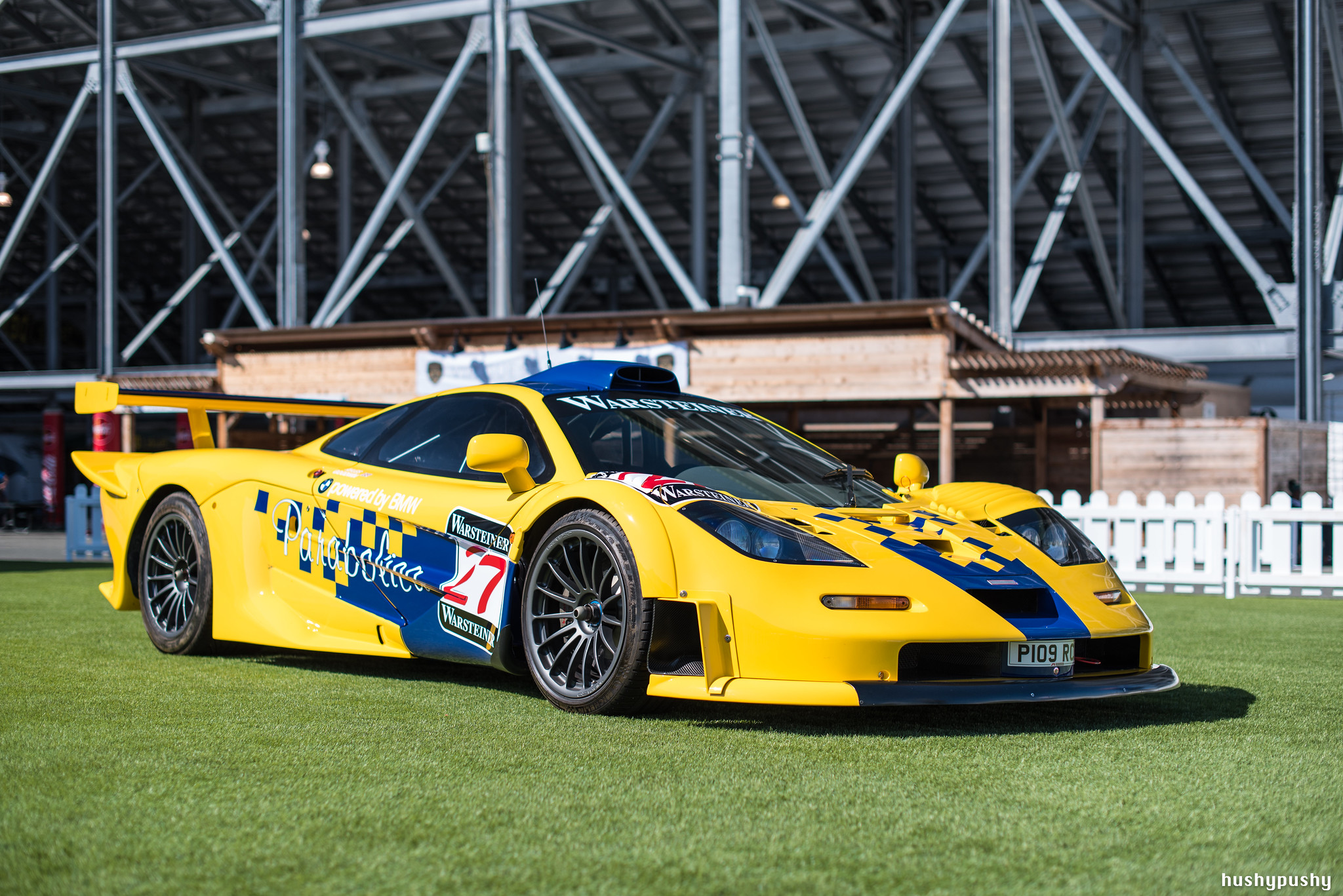 This brought me back to my days shooting new McLaren’s at the dealership, and having junior carspotters swarming when the hottest new supercars arrived from Woking. 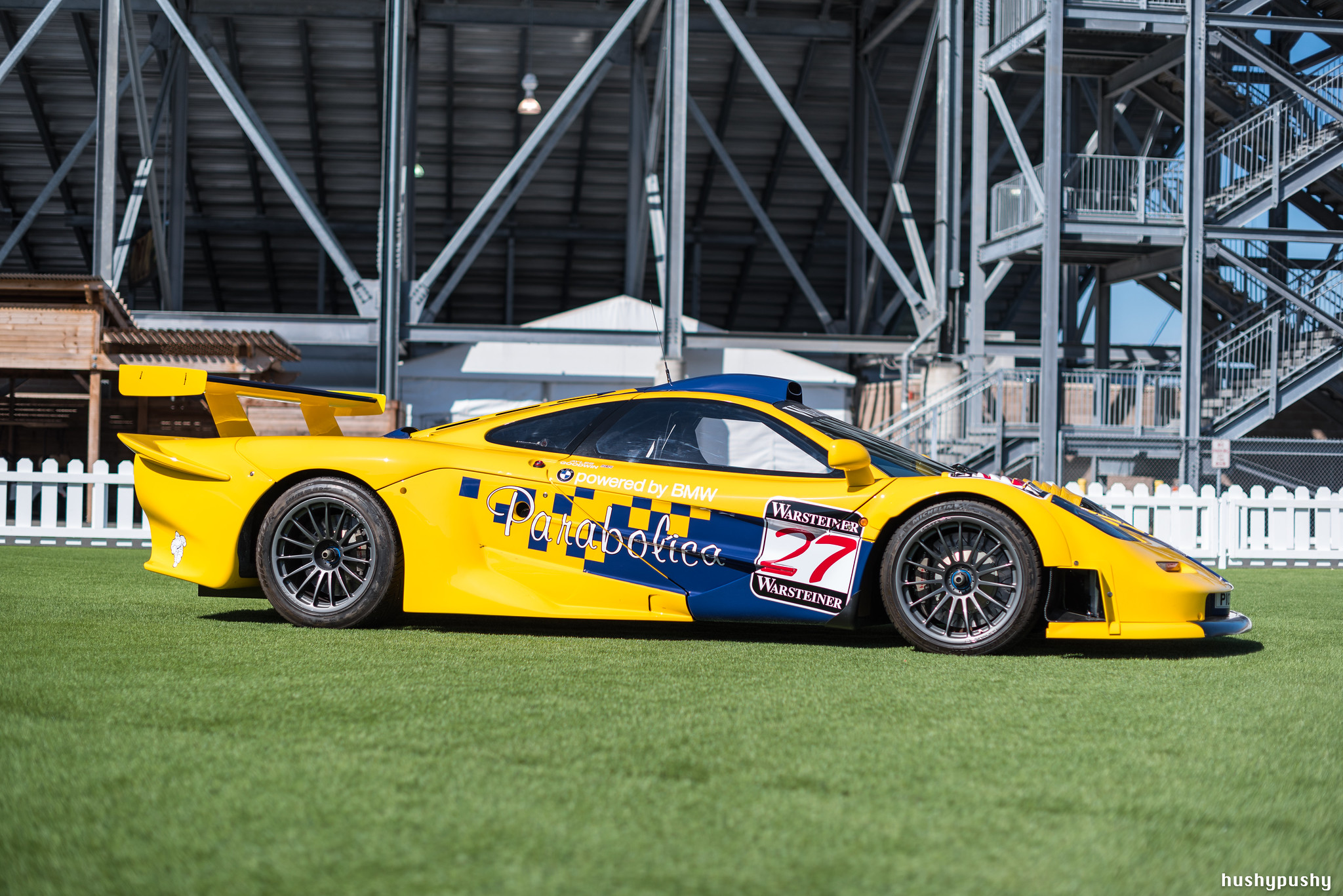 There was a bit of an “Uhh…now what?” moment when everyone cleared out. Photography is a bit cerebral for me because I like to think about technical stuff, but I also like the intuitive sense of feeling it out. 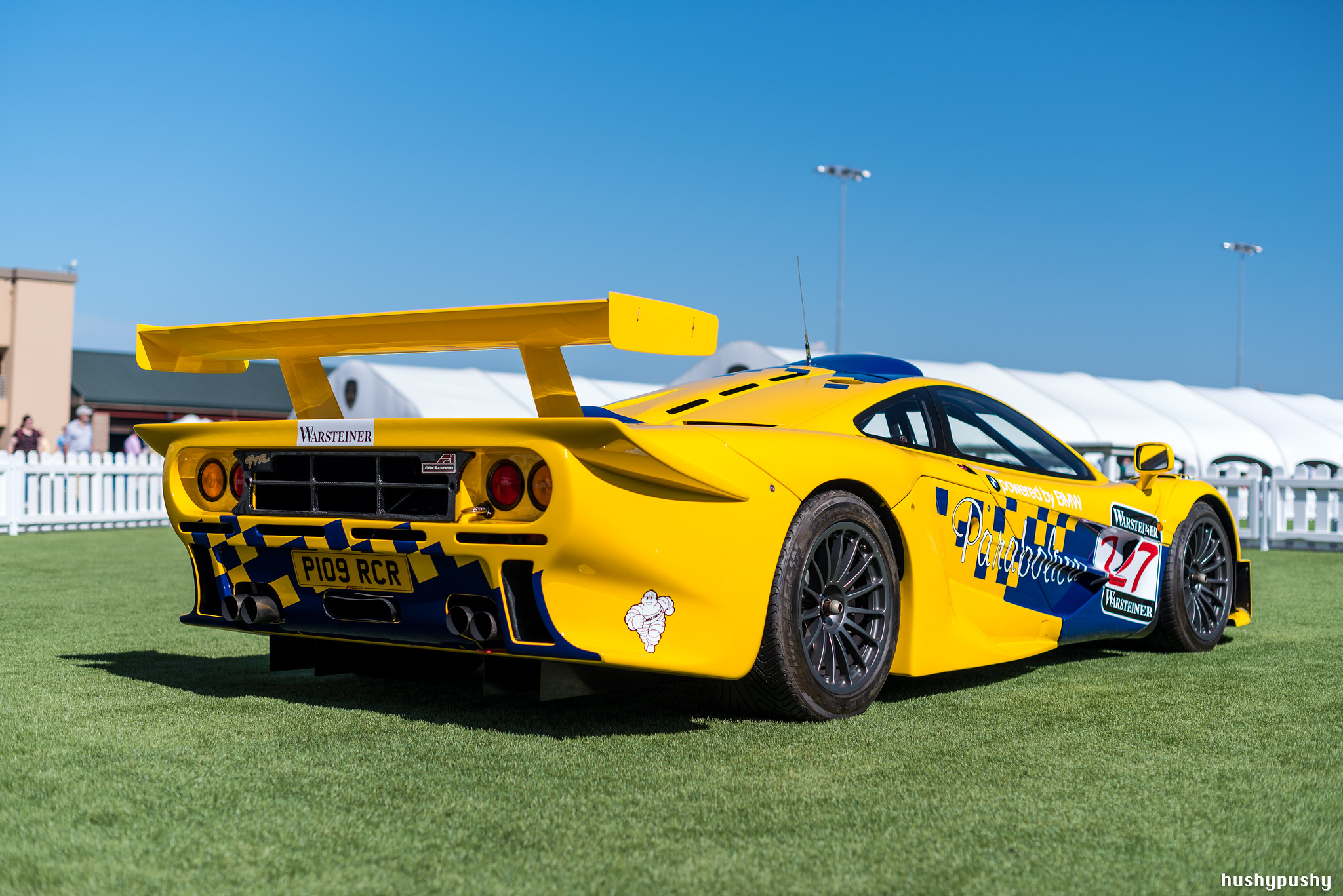 I went around the car, but realized I didn’t want wide shots at all. 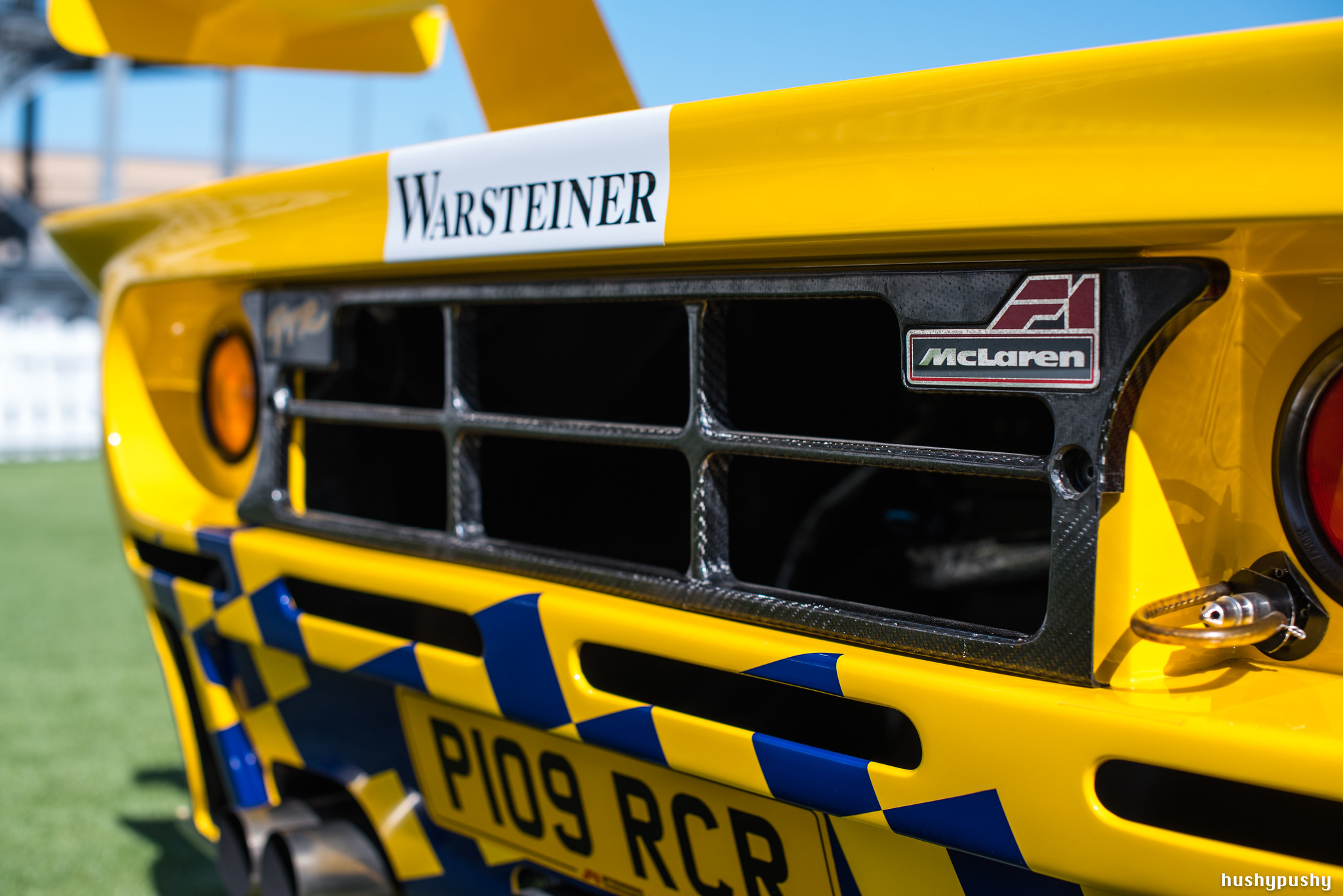 Details. This car is all about the details. 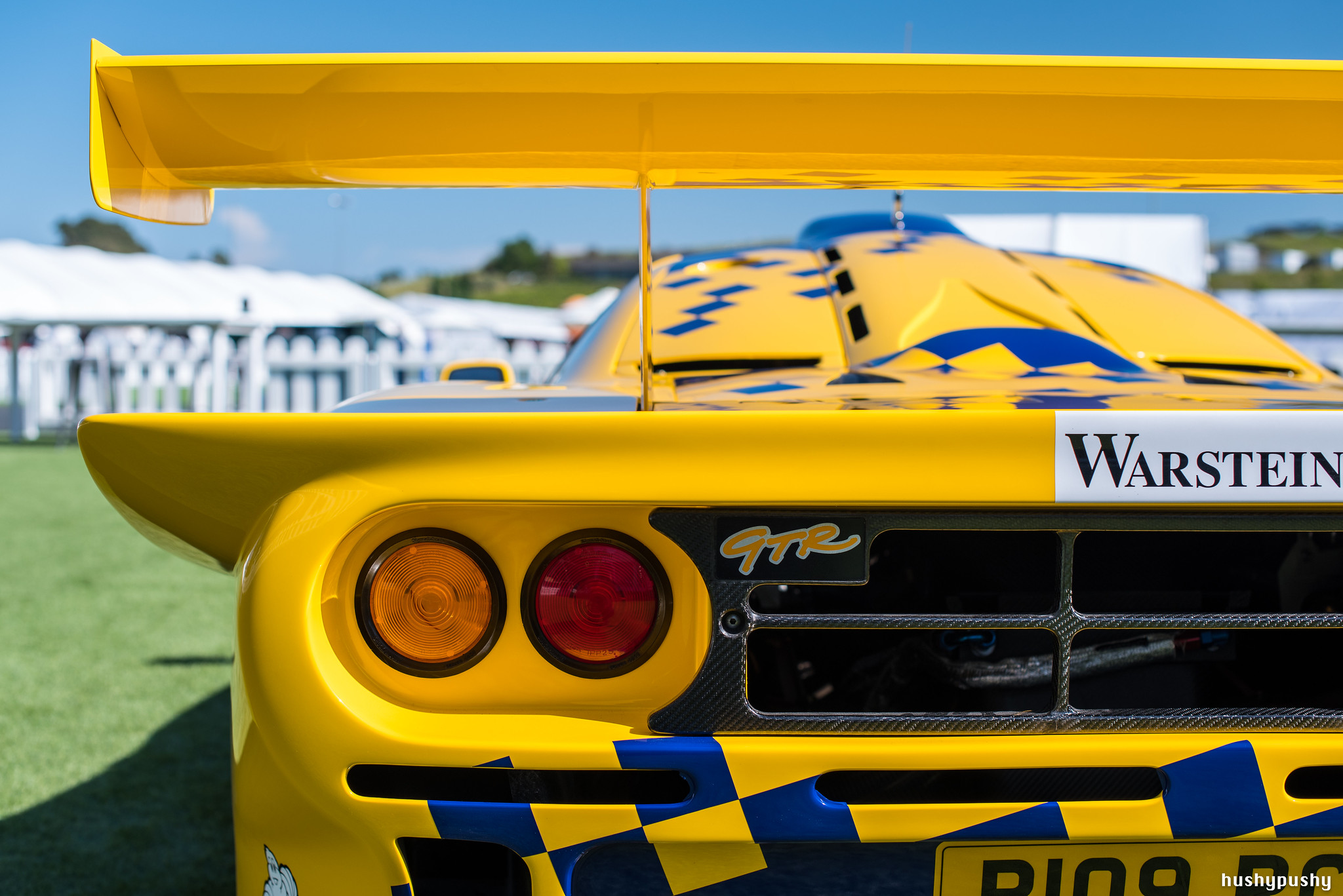 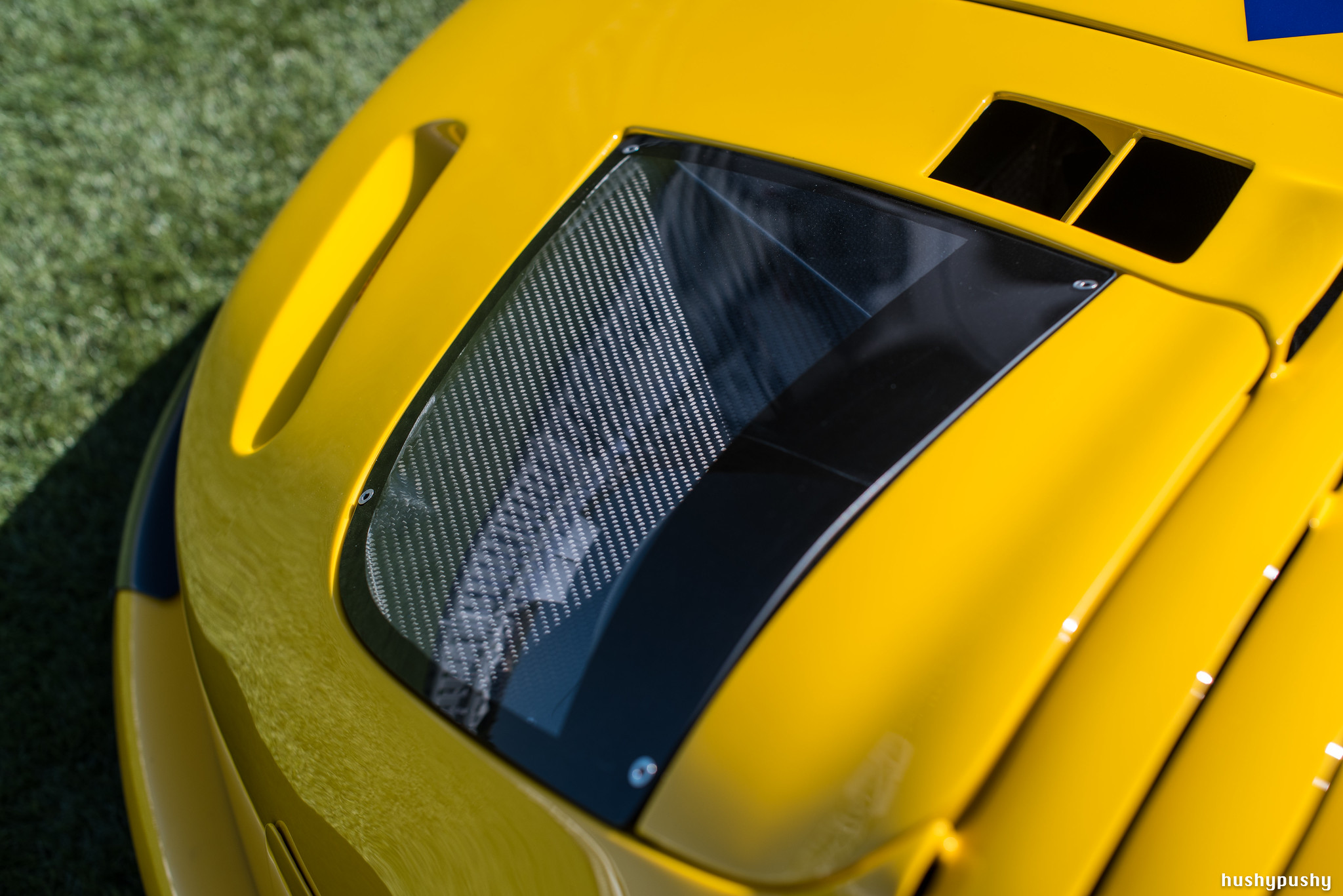 Nowadays we’re so used to seeing carbon fiber everything, but 25 years ago it was a lot more special–something you’d only see on badass race cars like this. 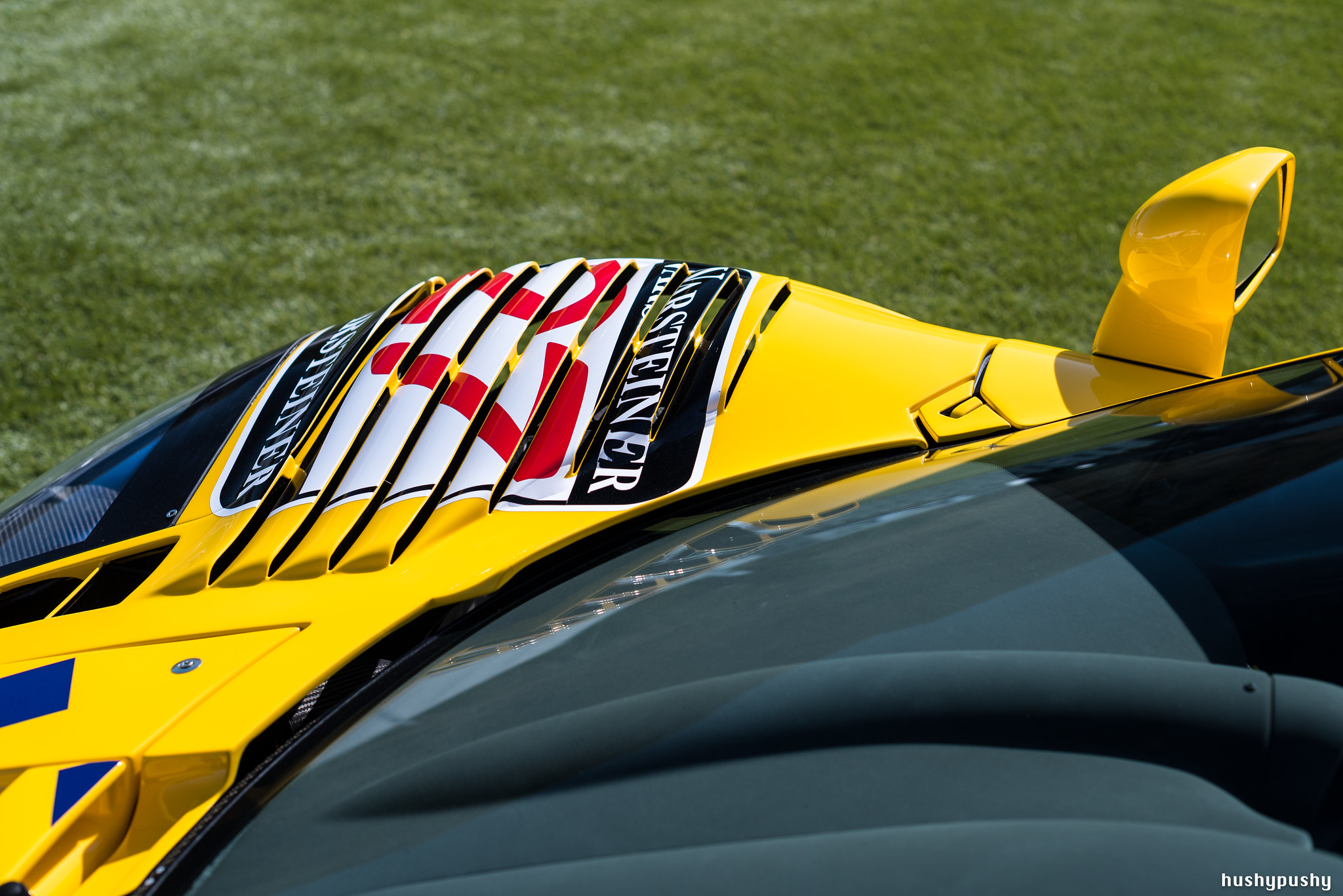 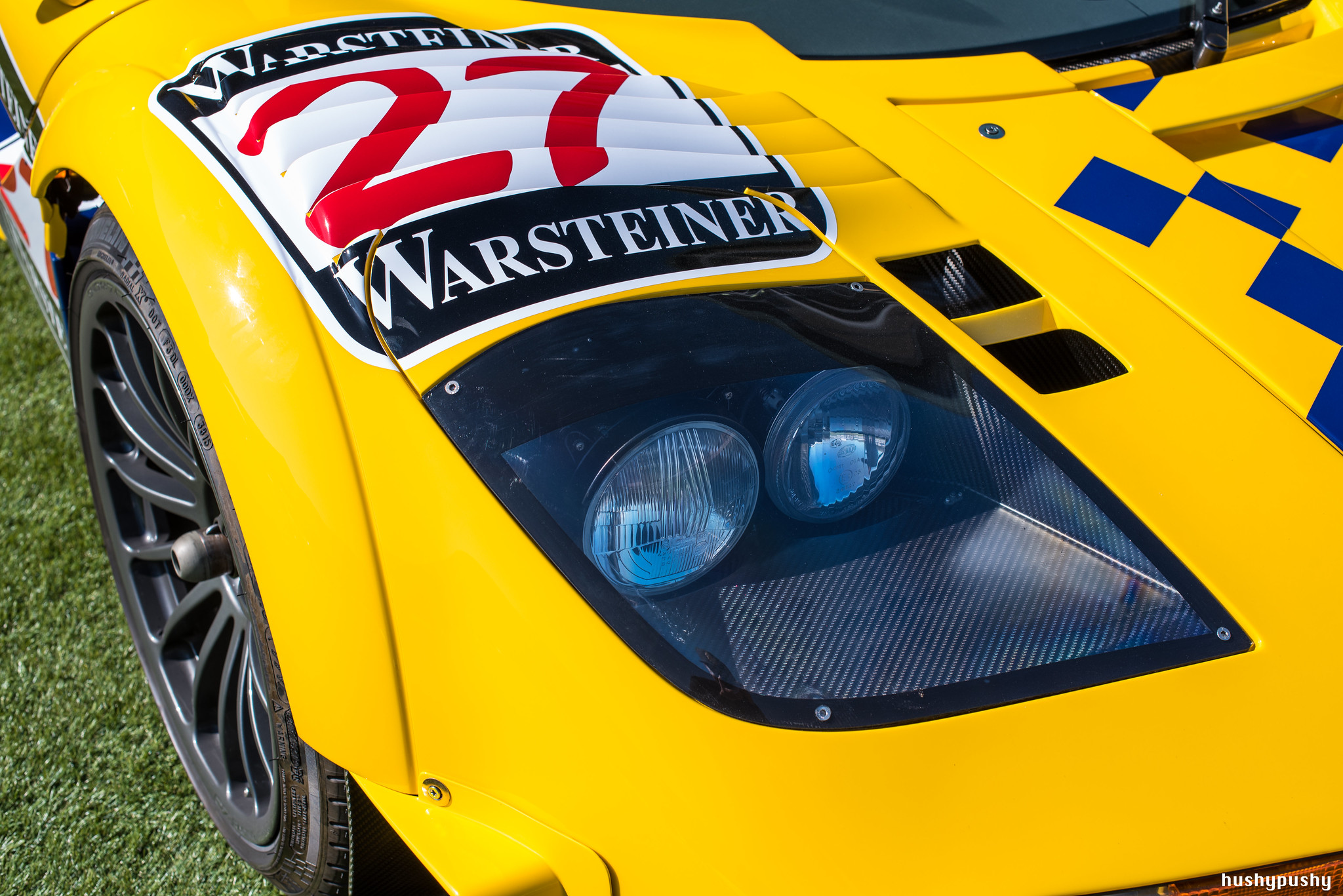 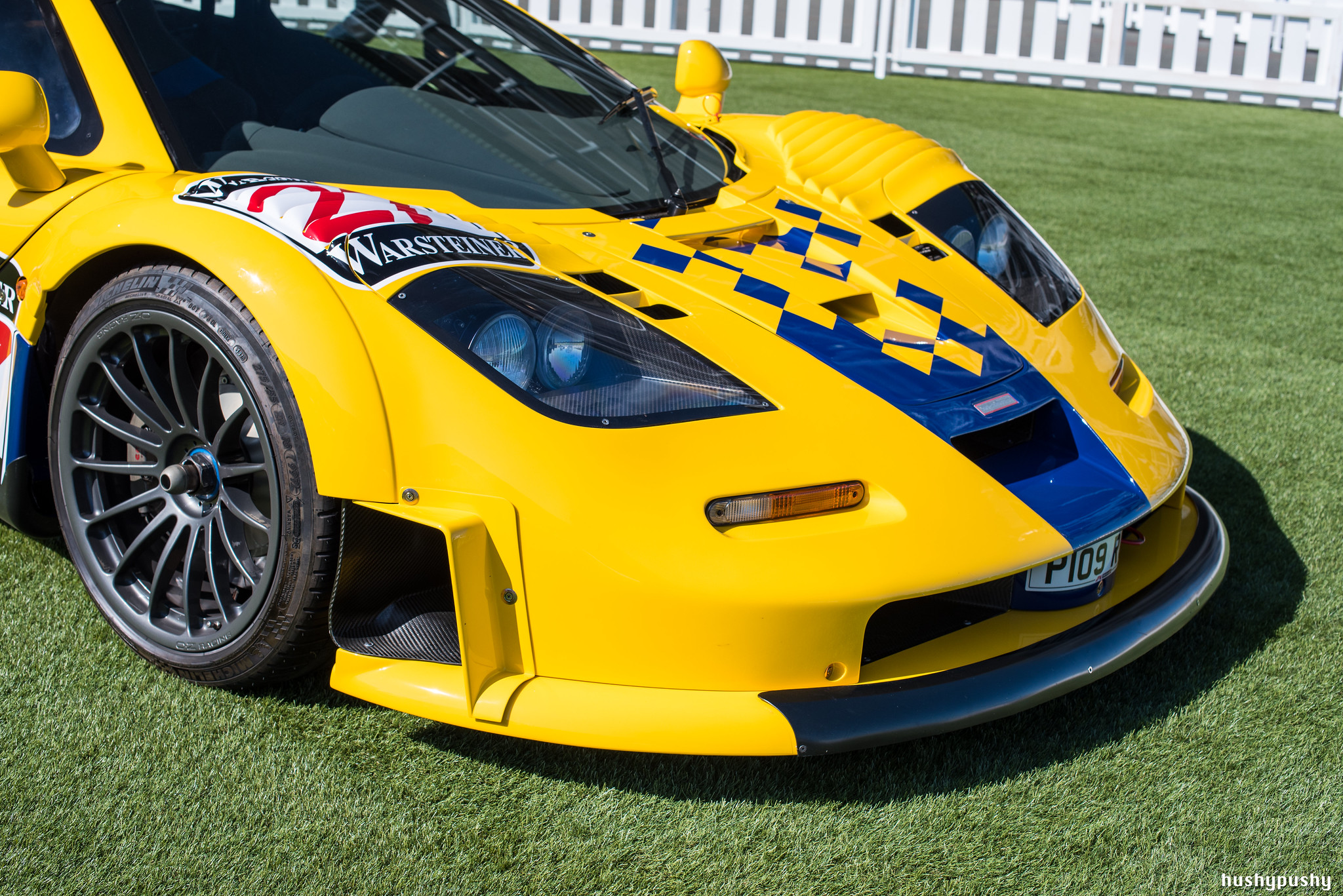 And just look at that “tacked on” aero! Something else you wouldn’t expect to see today. I can practically taste the drag from those loose pieces. 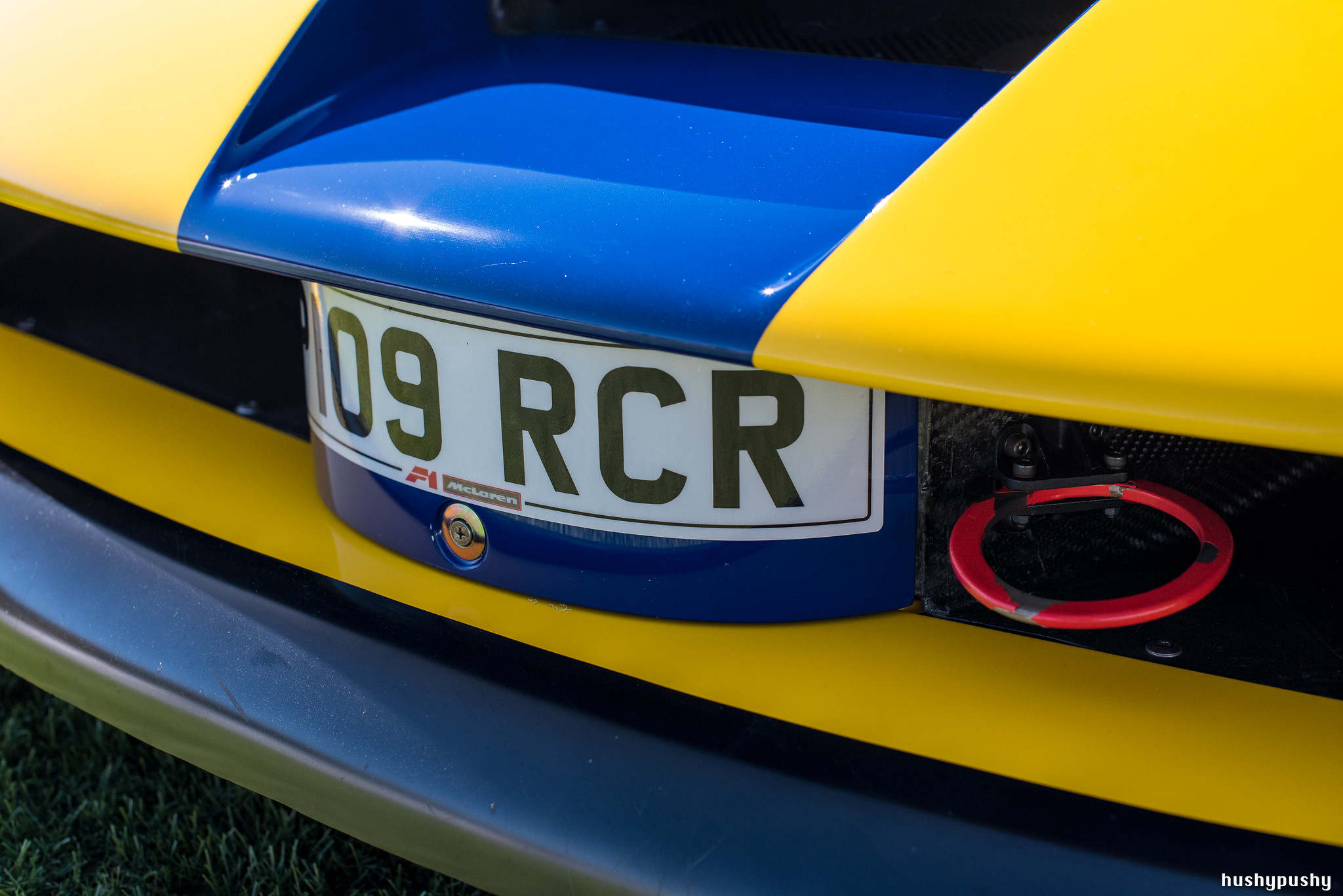 It sucks that Europe is so hardcore about requiring front license plates, but at least they let you buy custom ones in most (all?) countries. I dug the cool little McLaren F1 detail on this plate, which seems to be a typical Euro touch; instead of license plate frames, they can change the actual plate itself slightly. Quite different from here in California, where you can only use government-issued plates and you are not allowed to modify them in any way.

But the important takeaway from the license plate situation is that license plates are only issued to cars that are street-legal. So who’s ready to cruise down Highway 9 in this McLaren F1 GTR?